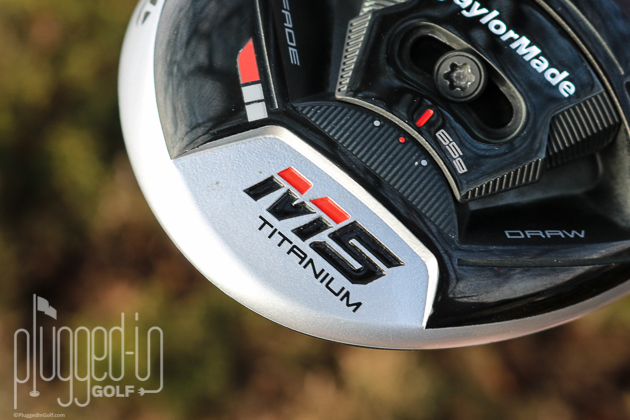 The TaylorMade M5 fairway wood raises the ceiling when it comes to price without significantly improving performance over the previous generation.

When TaylorMade first announced the M5 fairway wood, the loudest response wasn’t about the technology or the look, it was about the price: $400.  With some of the outstanding fairway woods released in the last couple years – the Callaway Rogue and Tour Edge Exotics CBX models to name two – can the M5 justify this massive price? 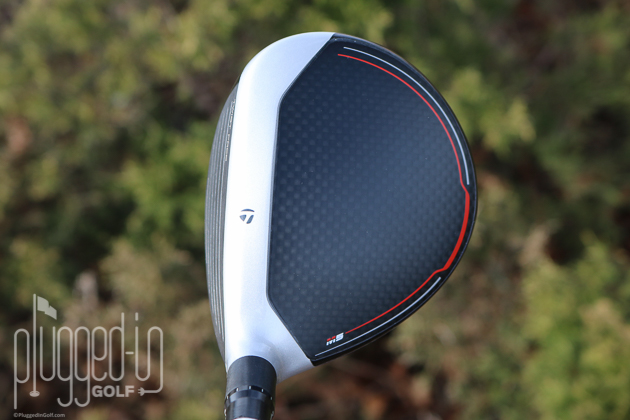 At address, the M5 fairway wood looks like a miniature version of the M5 driver.  Near the ball, there’s a band of silver that’s backed up by a swath of matte black carbon fiber.  Comparing it to the M3 fairway wood from last year (review HERE), the silver band has been slimmed down substantially.  In terms of face height – one of the biggest factors for me – the M5 is perfect.

When I flipped the M5 FW over, I was struck by the size of the weight.  Previous TaylorMade fairway woods have had sliding weights, but this is a giant block of weight that shifts a small amount toward the heel or toe.  It immediately had me intrigued to test its affect on ball flight. 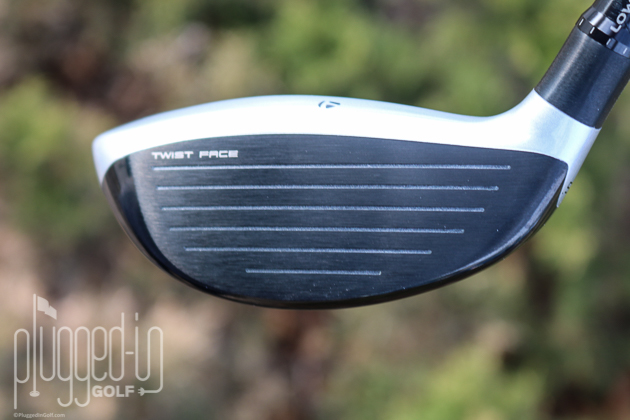 The TaylorMade M5 fairway wood is louder than its predecessor with a much more metallic impact sound.  Its pitch is mid-high but not shrill.

There is decent feedback through the hands, but audio feedback is lacking.  Because all strikes are fairly loud, it’s hard to distinguish pure strikes from mediocre ones.

During the swing, I found that the M5 fairway wood felt very sole-heavy.  I’m open to the possibility that this was a placebo effect from seeing the massive sliding weight, but I always felt I was laboring to get the club around. 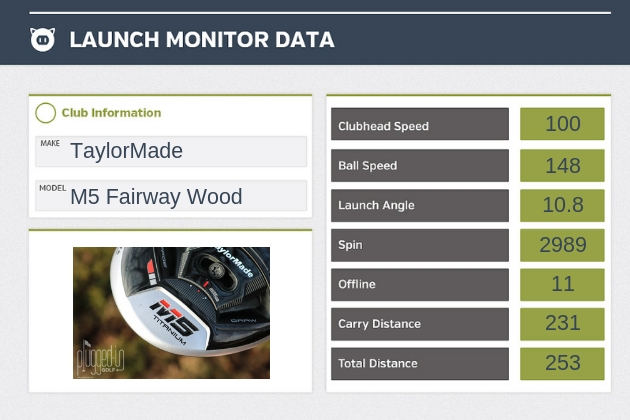 There are two major ways in which the M5 fairway wood differs from the M3.  The first is Twist Face.  For those that don’t live in golf equipment land, the short version is that TaylorMade introduced Twist Face in their drivers last year to make toe and heel shots go straighter (it’s worth noting that every OEM uses curved faces in their drivers for this purpose).  Now that technology has trickled down to the M5 fairway wood.  I didn’t feel the M5 was substantially straighter than other fairway woods, but it fairly easy to hit straight shots.

The second major change is the movable sole weight.  In the M3, the weight was 29 grams, which was enough to make a noticeable difference in ball flight.  In the M5, the weight is 65 grams – over 30% of the total head weight – but it moves less.  Despite the extra weight, it felt to me like the effect was very similar.  In the extreme positions, it was somewhat easier to hit the desired shot shape, but it was not a guarantee.

In terms of overall performance, the M5 fairway wood was solid but not jaw dropping.  The ball speed was very good on centered shots, and there was decent forgiveness.  It doesn’t launch the ball extremely high, but it is consistent on pure and thin strikes. 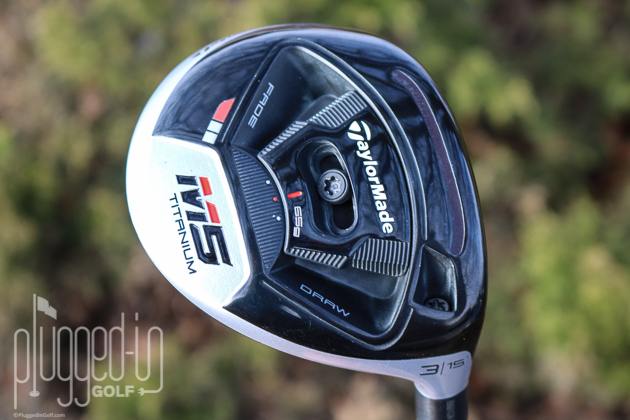 At $400, I don’t find the TaylorMade M5 fairway wood to be a good value.  With the excellent M3 fairway wood now available for under $200, as well as less expensive offerings from other OEMs, there are just too many good choices to shell out this kind of money for a club that doesn’t stand out. 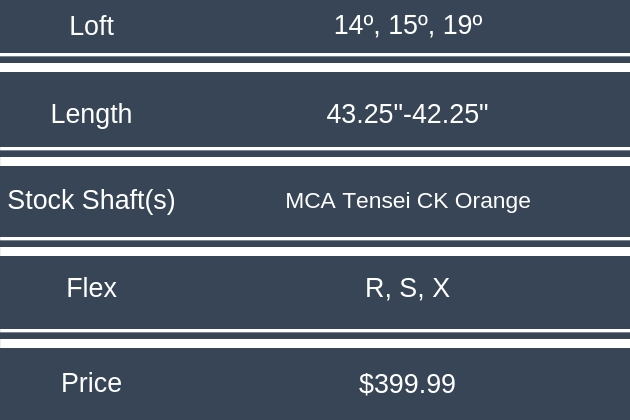