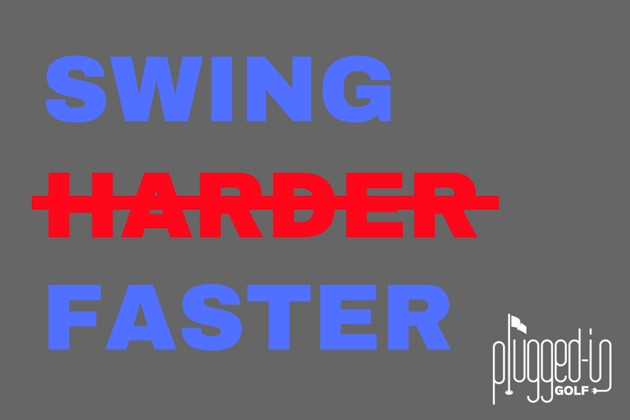 In case you haven’t been paying attention, golfers on the PGA Tour are hitting the ball longer than ever.  It used to be that driving it 300 yards was impressive.  Now 300 yard 3Ws are the norm.

Why are players working out harder than ever and perfecting their technique to smash the ball prodigious distances?  Because analytics clearly shows us that distance is a huge advantage.  In this lesson, I’m going to give you some ideas that will help you hit longer drives more consistently.

You want to hit longer drives

You want to hit your drives longer more consistently 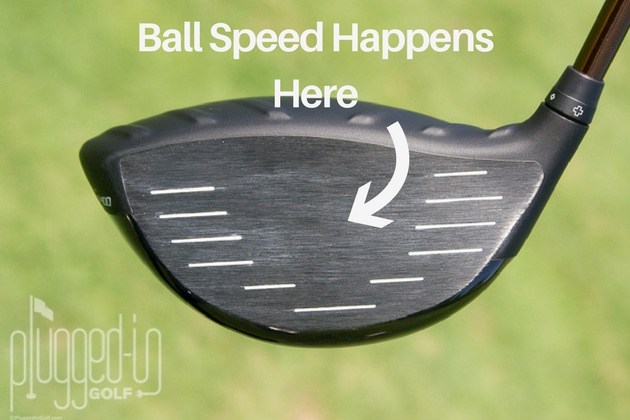 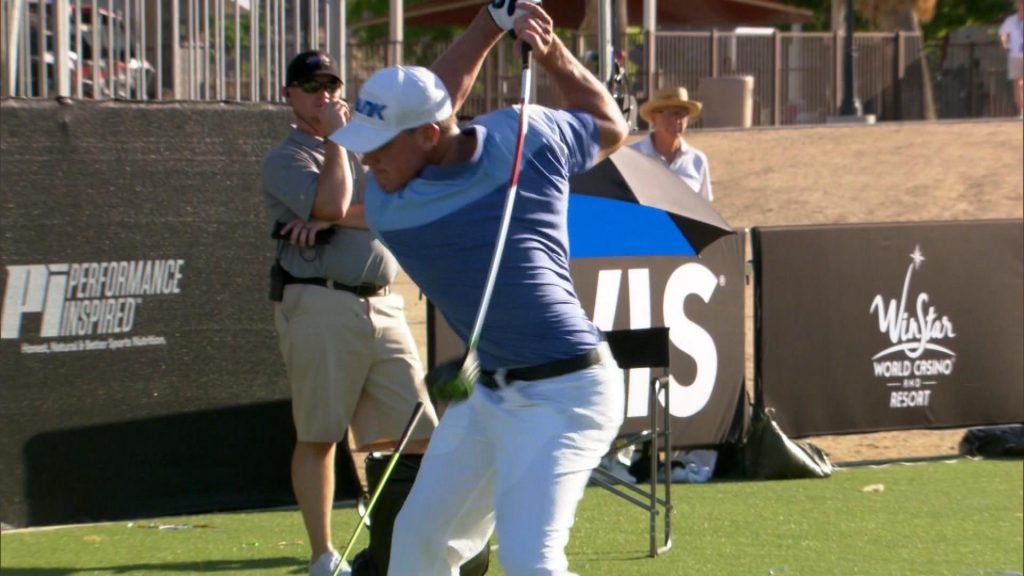 We need more swing speed to hit longer drives, but how do we get it?  Most golfers have a simple answer: swing harder.

You’ve seen this yourself (and probably experienced it) plenty of times.  You get to the hole with the long drive contest.  You put your ball on the tee and take your stance.  After your normal pre-shot routine, you look down the fairway and grip the club a little tighter.  All the muscles in your arms tense up.  You rip the club back like John Daly and throw everything you have into the downswing, barely staying upright as you move into your follow through.

The first question that I’ll propose to you is, “Does all that effort create more swing speed?”  There’s a simple way to get the answer: get on a launch monitor.  Use a launch monitor that actually measures the club head (Trackman, Foresight, Flightscope), and track your club head speed as you ratchet up your effort.  Make a few swings at 70% effort, then slowly work your way up until you’re swinging out of your shoes.  You may find that the harder you swing, the more swing speed you create…or you may not.

Before I go on, let me be clear that I’m NOT promoting the “swing easy, let the ball get in the way” junk.  No one who hits it far swings easy.  I’m only suggesting that you find your point of maximum return on effort through testing. 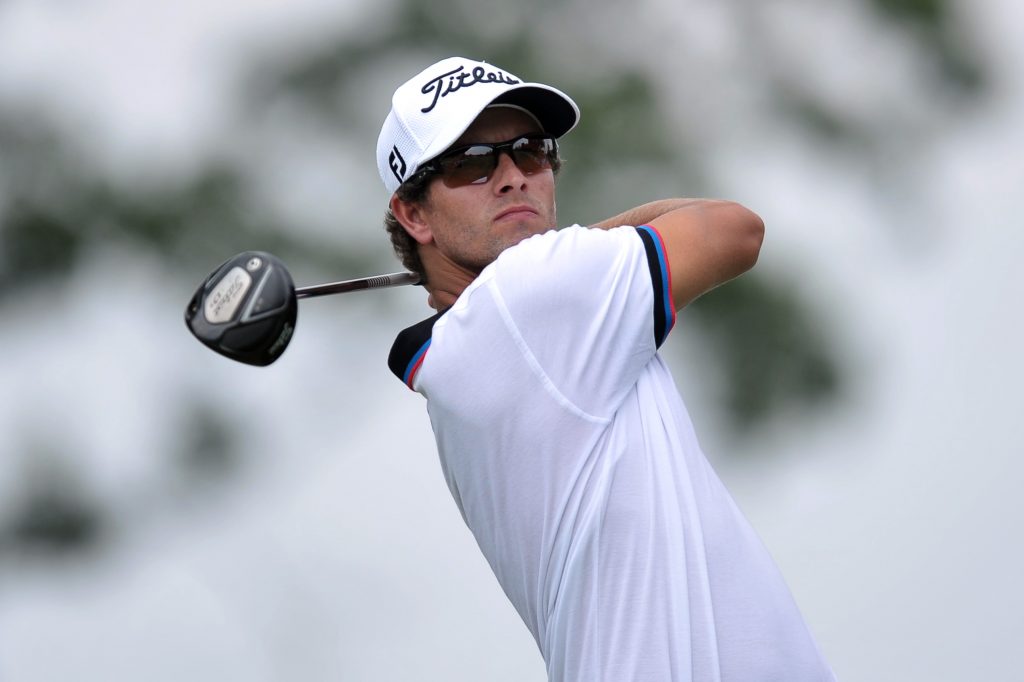 The second question is, “At what effort level are you creating the most ball speed?”  You may find that swinging with maximum effort does create maximum club head speed, but that you can’t find the center of the club face.  It’s possible that, due to poor strike quality/lower smash factor, you create the most ball speed at 90% effort.  Or your ball speed may be the same at 90% and 100% because you’re trading strike quality for swing speed.

Let’s assume that last scenario is true.  What does that tell us?  It tells us that, on the course, you should be swinging at 90%.  Hitting the center of the club face will, all else equal, result in more accurate shots, and it’s less taxing on your body.  On the range, you might want to work on hitting the center of the club face while swinging at 100%.  With some dedicated practice, you can improve your strike quality at maximum effort and bring those distance gains to the course.

Applications Beyond the Tee

While it’s most fun to think about using this concept with the driver, recognize that it can be applied to your entire bag.  Are you actually able to squeeze another 5 yards out of your 7I by laying into it?  No way to know other than by testing.  Spend some time learning about your swing on a launch monitor and you’ll start posting lower scores.