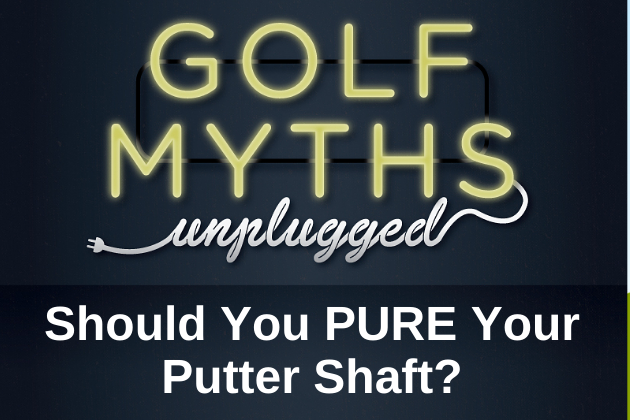 One of the best Golf Myths Unplugged that we’ve ever done was about the effects of PUREing a golf shaft [read it HERE].  I went in skeptical but came away convinced that every golfer should PURE their shafts.

It’s taken several years, but we’re back with a follow up: should you PURE your putter shaft? 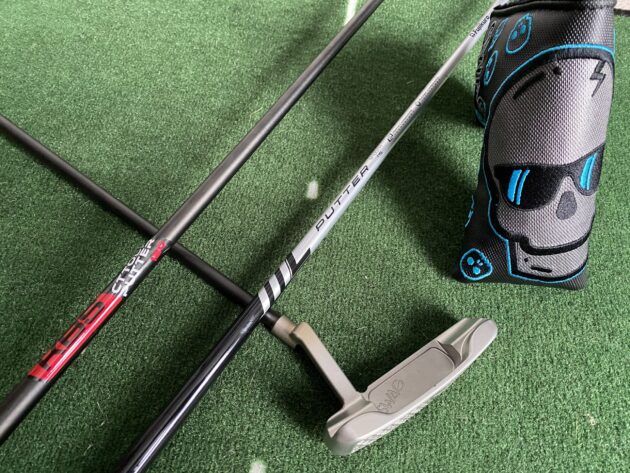 For this Golf Myths Unplugged, we used two pairs of nearly-identical putters.  All four heads were SWAG Handsome One putters [review HERE].  Two putters were shafted with KBS CT Tour shafts (steel) and two were shafted with Fujikura MC Smooth shafts (graphite, review HERE).  One of the Fujikura shafts was PURE’d, one was not.  One of the KBS shafts was PURE’d, one was not.

Thank you to SWAG, Fujikura, and KBS for their support of Golf Myths Unplugged.

Testing was done in two stages.  First, we had seven players test all four putters on SAM Puttlab.  Each player hit each putter seven times, aiming to make an eight-foot putt.  In the second stage, a different group of seven golfers tested the four putters on a twenty foot putt.  These putts were measured with Foresight CGQuad.

During all testing, the participants were blind to which shafts had been PURE’d and which had not. 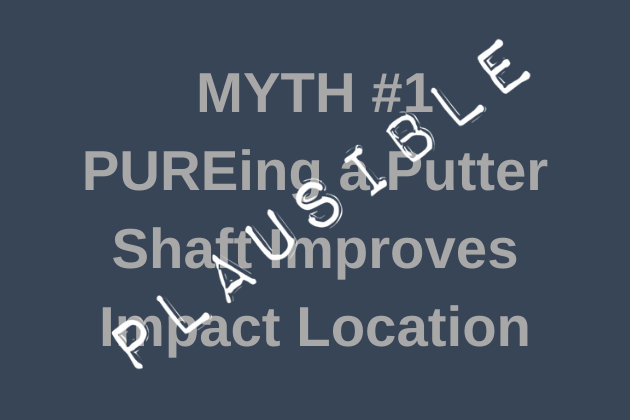 On short putts, we found that PUREing a putter shaft improved the impact location for two of our testers.  PUREing the putter shaft did not negatively impact anyone, but five testers were equally proficient with PURE and un-PURE shafts.  These results were true for both graphite and steel.

When we tested long putts, our results were mixed also.  The PURE shaft outperformed the standard shaft for two testers and underperformed for one.  The other four testers did not show a difference.

This myth cannot be confirmed, but it is possible that that a given player will improve their strike location with a PURE’d putter shaft. 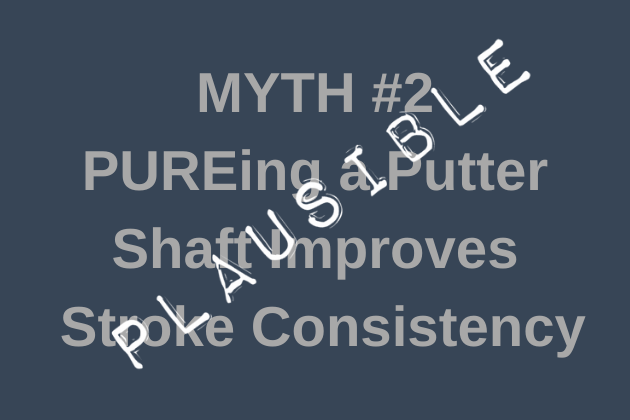 For our twenty foot putt, PUREing reduced the range of face angle-to-path numbers, though the averages and medians were nearly identical.  All other metrics were very similar.  With the steel shafts, PUREing shrank the range on angle of attack.  No metrics were negatively affected by PUREing.

Though this is not related to consistency, it was interesting to see that PUREing slowed the rate of closure for both steel and graphite shafts.

This myth also receives a rating of plausible, though it leans slightly closer to confirmed.  We saw only positive affects of PUREing, but they were not that large and they were not seen in all golfers. 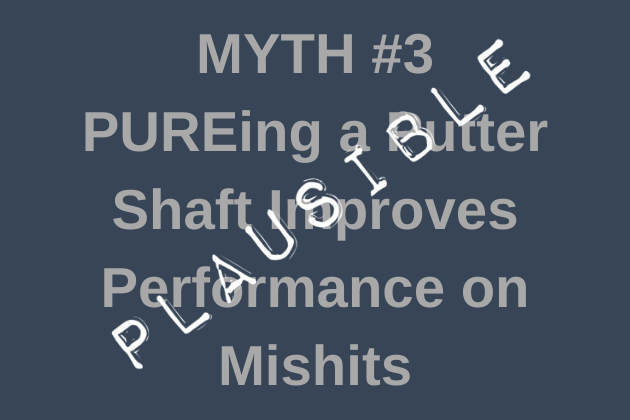 Understanding this myth is much more straightforward, though the results were still muddled.  On our longer putt, we had players intentionally strike a series of putts on the heel and toe and evaluated the results.

With both steel and graphite, PUREing did not show any benefits for preserving distance or distance consistency.  This is one segment of the testing where a putting robot would have been useful, as I suspect some players unintentionally swung a bit harder to compensate for their mishits.  It would also be interesting to run this test again on an even longer putt.

For start line, we saw a slight advantage for the PURE’d graphite shaft.  With steel, there was not any difference.

Because start line is such a critical element in making putts, even a small improvement merits rating this myth as plausible. 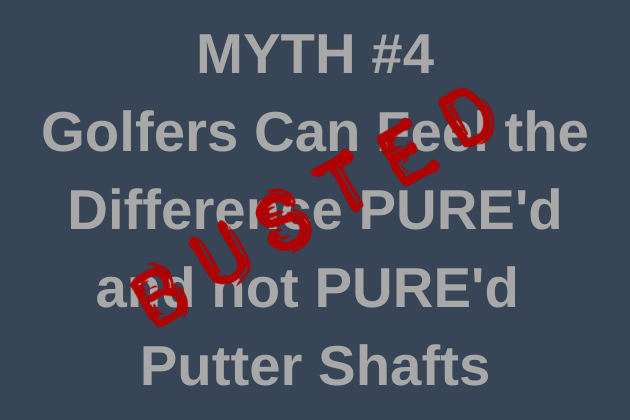 After hitting both steel or graphite putters, I asked each player to identify the PURE’d shaft and rate their level of confidence.  Our testers spanned a large range with confidence – as high as 8 and as low as 3.  Regardless of confidence, not one golfer in our test correctly identified both PURE’d shafts.

PUREing your putter shaft definitely won’t hurt your performance, but you may not see any improvements either.  It should also be stressed that if there are improvements, they will be measurable but not noticeable to the naked eye.

My personal feeling is that if you’re going to invest in a premium putter shaft in the hopes of finding those marginal gains that add up over time, there’s no reason not to PURE it.  As with the shaft itself, the results won’t be as dramatic as finding the right driver shaft, but the margin for error on the green is much smaller, too.