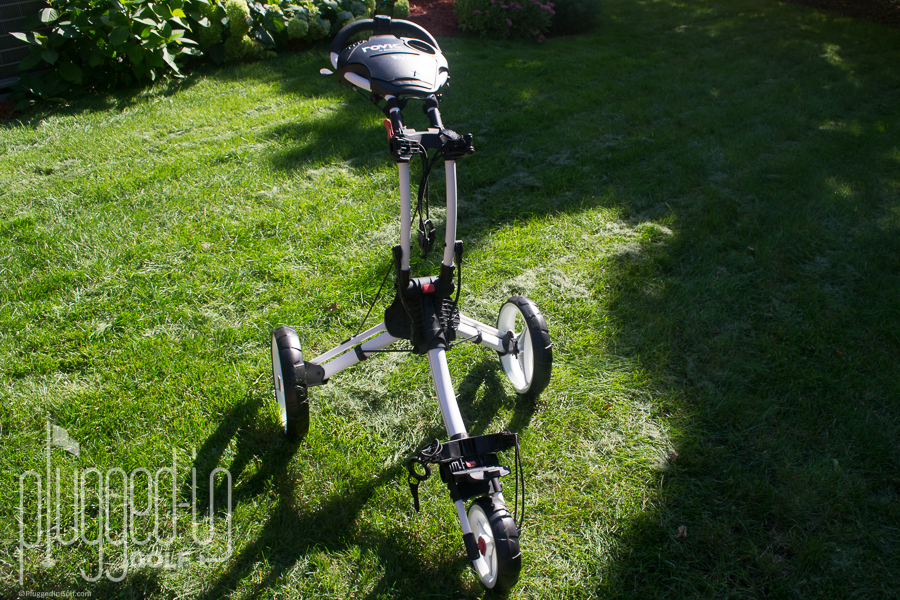 The Rovic RV1C is a really solid push cart that borrows heavily from its upmarket brother, the Clicgear 3.5+.  For those unfamiliar with Clicgear, that’s a very good thing.

Excellence invites imitation, so it’s not a big surprise that there are many push carts out there trying to be Clicgear.  In the case of Rovic, they have an edge in trying to be like Clicgear because they are Clicgear.  Think of the Rovic/Clicgear relationship like Toyota and Lexus: both are solid products, but you pay a little more for the bells, whistles, and exacting tolerances.

In this review we’re going to take a look at Rovic’s RV1C, their compact push cart.  At $50 less than the Clicgear 3.5+, is it a solid buy or a cheap imitation of the real thing? 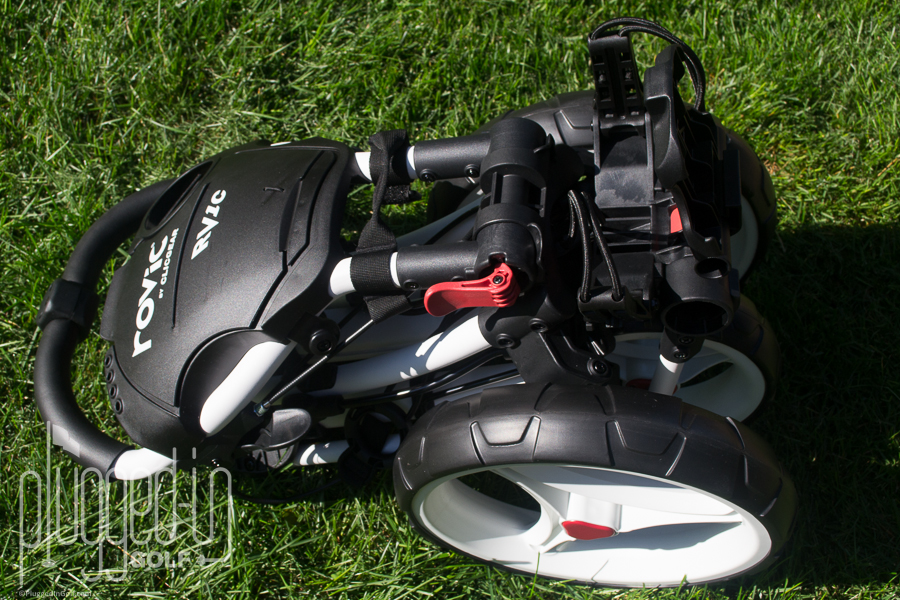 As you can see, the Rovic RV1C push cart does a fine job of making itself tiny, just like the Clicgear.  In fact, when folded up, the RV1C is only 1″ longer than the Clicgear 3.5+ (24″ long compared to 23″).  That means that the RV1C can fit into trunks, backseats, and squeeze alongside overstuffed staff bags as well as any push cart on the market.

Just like the Clicgear, set up is a simple 1-2-3 process.  In fact, it may even be easier than the Clicgear because 2 of the 3 steps are “Push a button.” 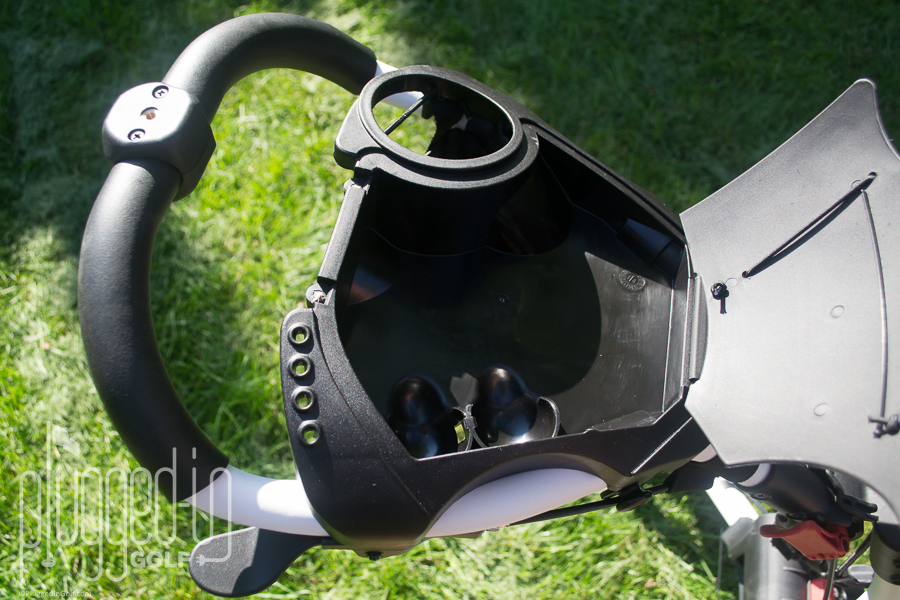 As you can see, the Rovic RV1C has an ample console with dedicated spots for tees, balls, a scorecard, and a drink.  The console is not as cavernous as the Clicgear 3.5+’s, but there’s plenty of room for your keys, wallet, phone, etc.

The one thing that the Rovic lacks is the giant storage net of the 3.5+.  This “complaint”, however, is basically a window into my feelings about this cart in general.  If I had never used the Clicgear 3.5+, I would be thrilled with the RV1C because it does everything it needs to.  Having experienced the perfection that is the 3.5+, however, I feel the need to nitpick the Rovic. 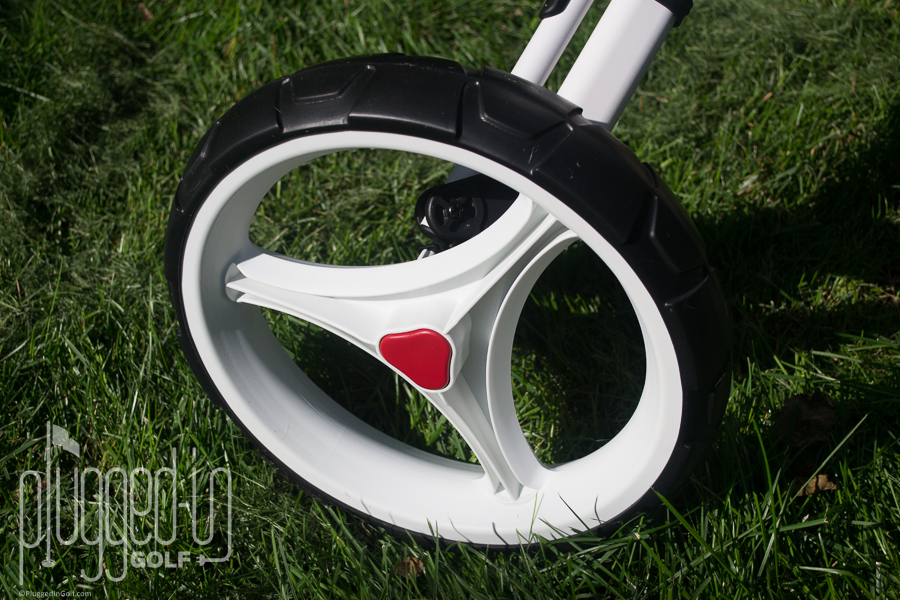 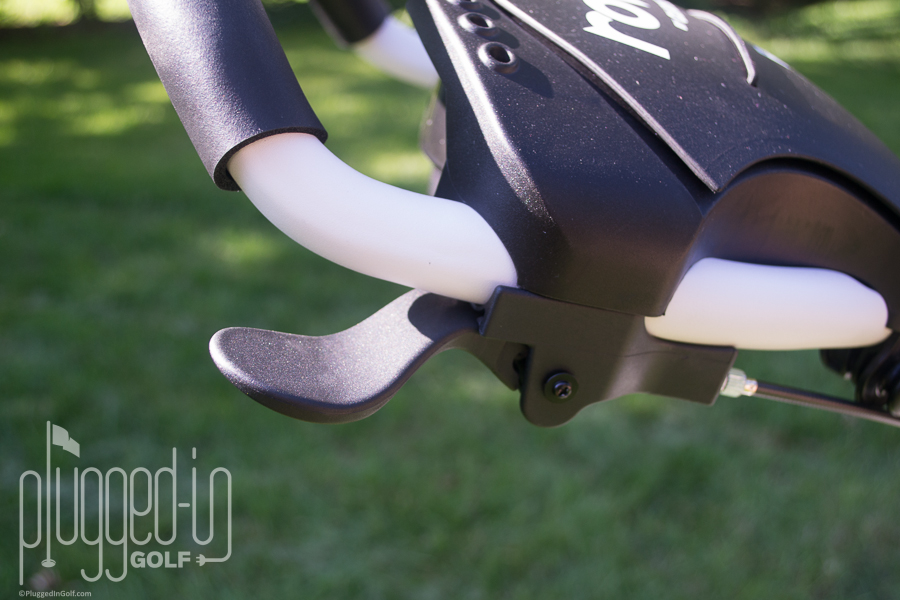 On the course, the Rovic RV1C performs really well.  In fact, in most respects, its every bit the equal of the Clicgear 3.5+ because they share many components.  The RV1C uses the same large, airless tires which make for a smooth, maintenance-free ride.  It also uses the same clasps to secure your bag.  These clasps should be the industry standard – they’re easy to adjust and much more secure than Velcro.  Finally, both carts have a wide base that allows them to handle all kinds of terrain and wind without tipping over.

There is one small thing where the Rovic is good, but not the equal of the Clicgear: the hand brake.  It is conveniently located on the right side of the handle, but it doesn’t feel quite as sturdy and locked-in as the brake on the Clicgear.  Again, this is not to say that the Rovic’s hand brake isn’t satisfactory, it’s just not quite as good as the 3.5+.

Small gripes aside, the Rovic RV1C is great on the course no matter what kind of bag it’s holding.  From staff bags to stand bags, it remains well balanced, easy to push, and adjustable to fit any size golfer. 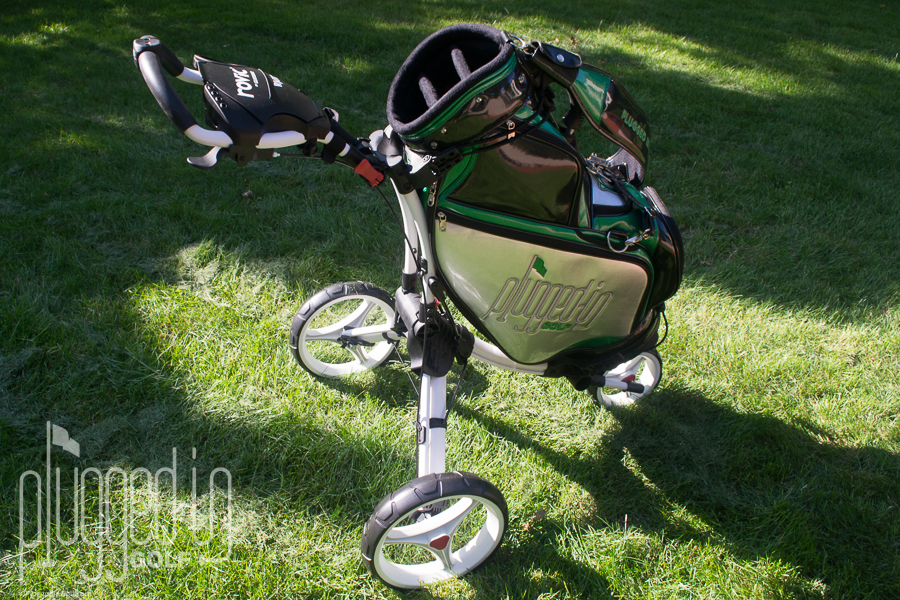 Clicgear’s Rovic RV1C is an outstanding product.  It offers all the key components of the spectacular Clicgear 3.5+, but at a price that’s a little easier on the wallet.  I stand by my statement that the Clicgear 3.5+ is the perfect golf cart, but that doesn’t stop the RV1C from being an extremely good one. 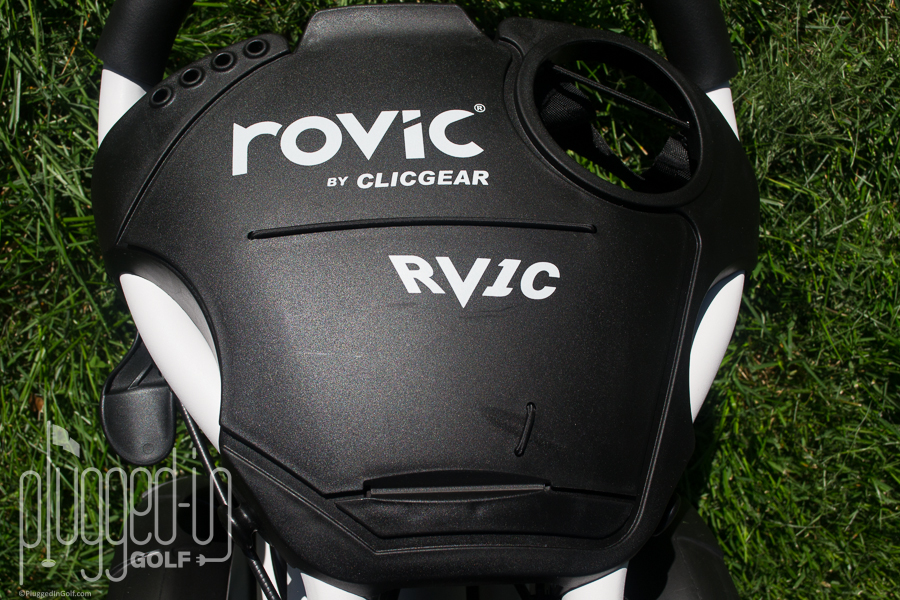 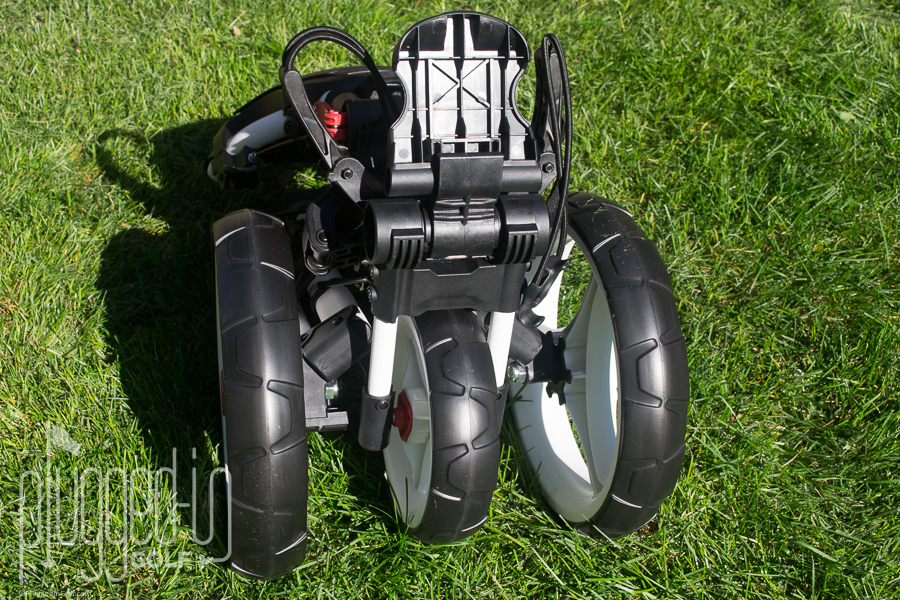 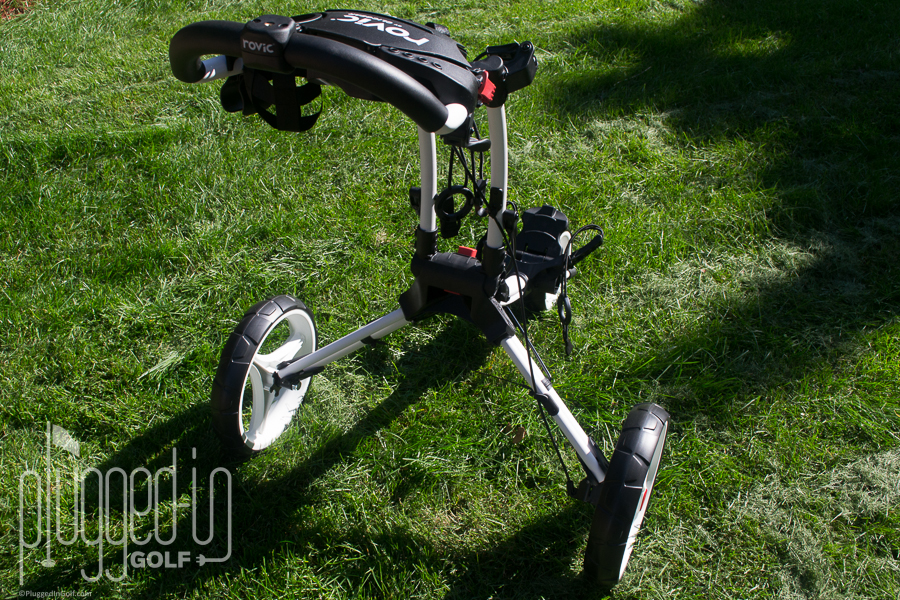 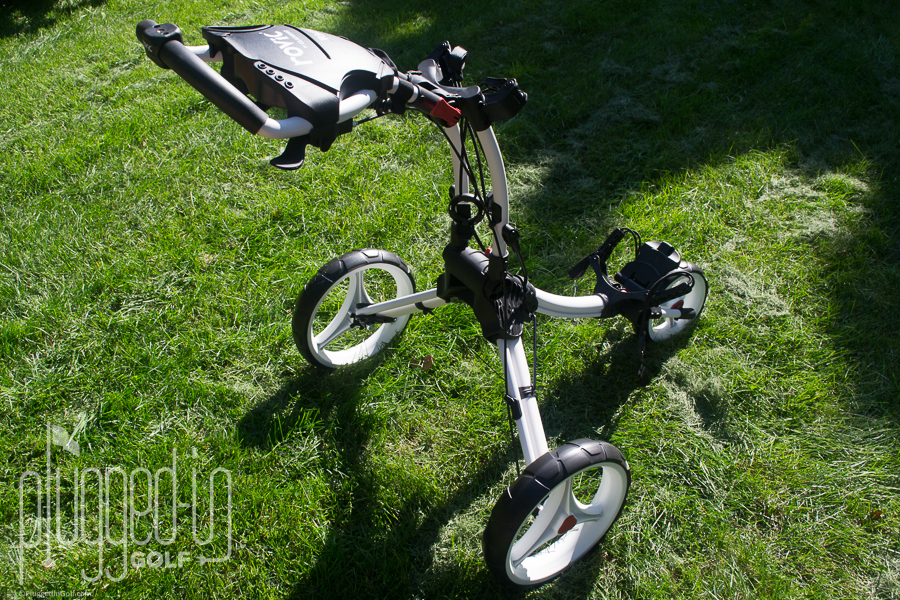 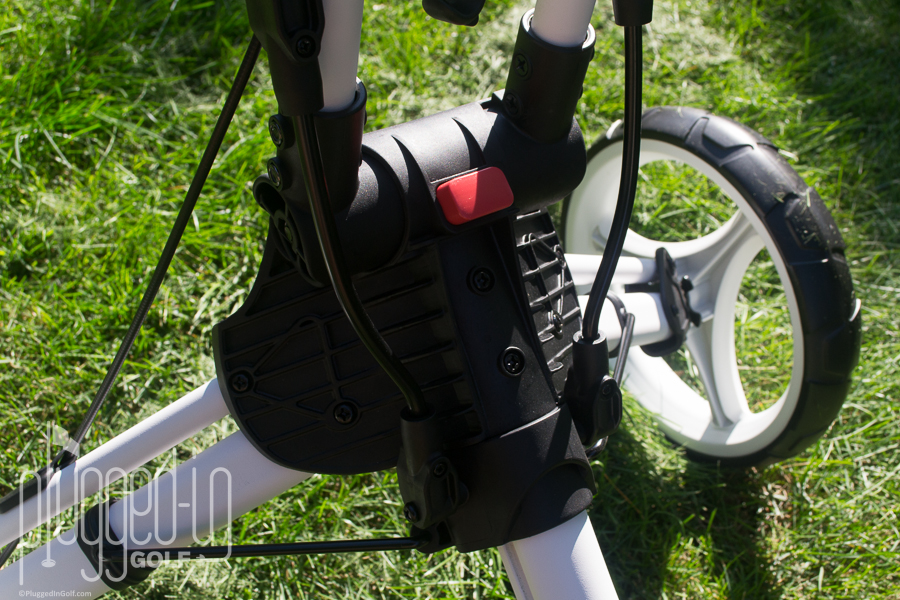 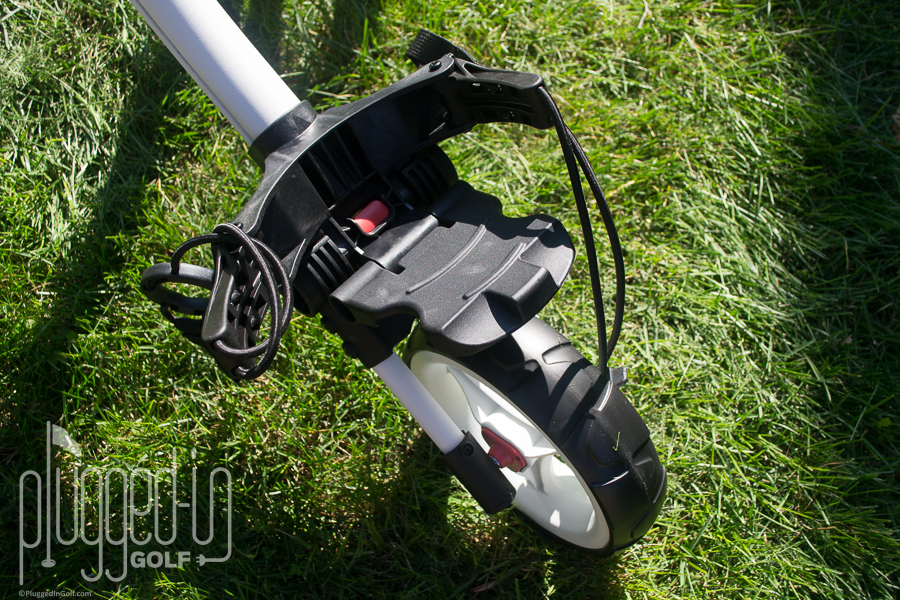 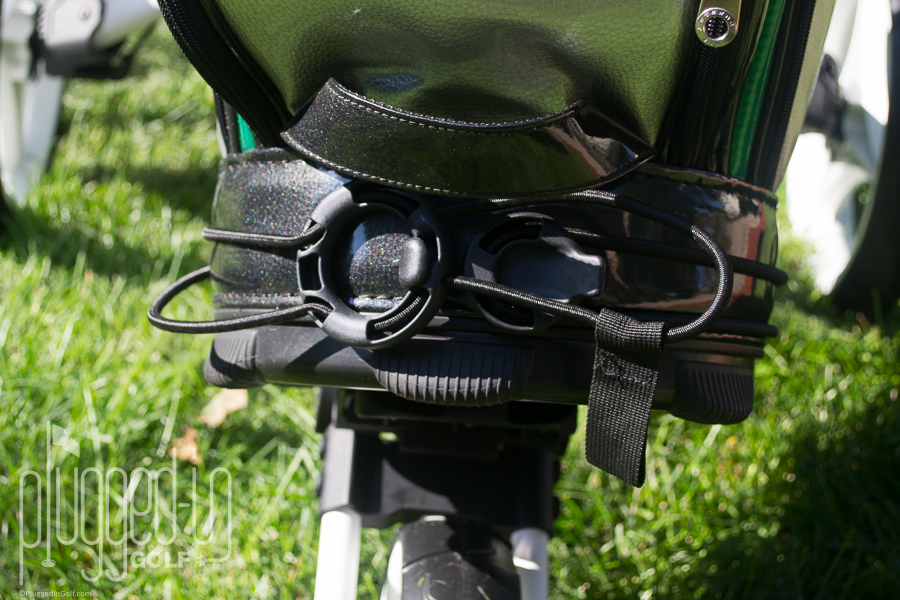 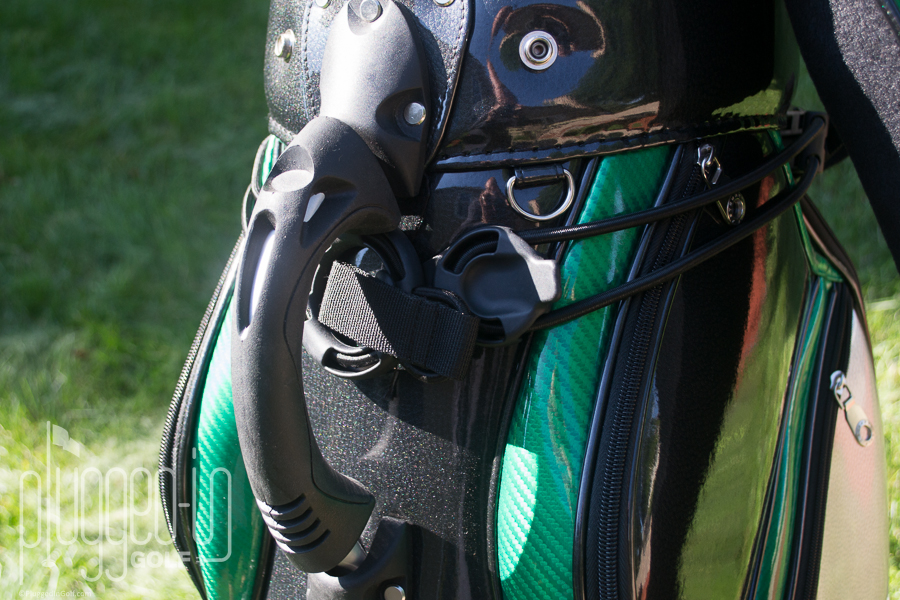 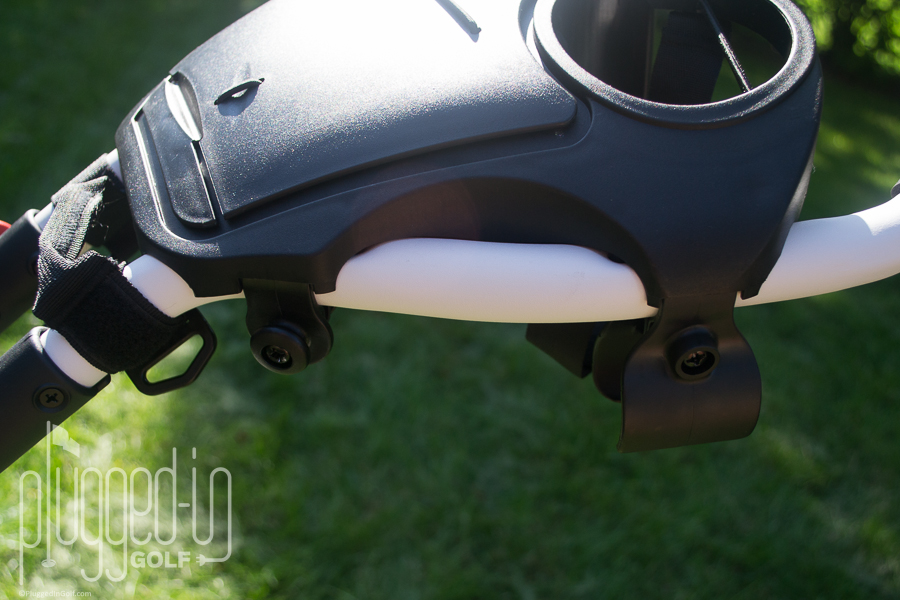