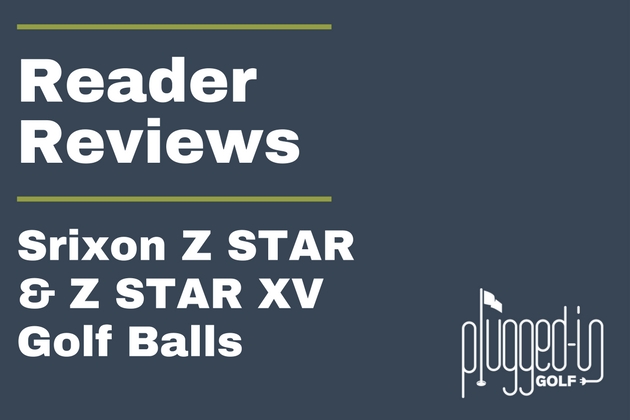 In February, we chose a group of readers to receive the new Srixon Z STAR and Z STAR XV golf balls.  They pitted the Z STAR against their current ball of choice on the course and the launch monitor.  Here are their reports:

Long Game: I felt the Z Star was just as long as my Pro V and about the same spin rate. I was within 2 yards of my normal drives.

Short Game: I actually shockingly preferred the Z Star over my Pro V in the short game. The ball seemed to have a more fluid flight with my wedges. It seemed to come in on a higher flight, land softer and spin more. I was spinning the 60 yard shots back much further than my Pro Vs.

Feel: I definitely preferred the feel of the Z Star with the wedges and putter. On and around the green the Z Star had more of a responsive feel off the face.

Miscellaneous: For starters, I’m a diehard Titleist guy; I play their driver, hybrids, wedges and putter. That being said, I will be switching to the Z Star. I felt like it was neck and neck in the long game, but excelled in the short game over the Pro V. I also preferred that the cover of the Z Star stays brighter and looks newer longer.

Will you switch to the Z STAR? I actually placed an order after I concluded the testing.

Long Game: I found both the Z-STAR and Z-STAR XV to be comparable to the Titleist Pro V and Pro VX.  I play most of my rounds on the same course and know where I end up on each hole when I hit a good shot.  I found the Z-STAR/XV got me to the same positions as the Titleist I usually use.

Short Game: I liked the Z-STAR for the short game.  I felt it had better control characteristics, e.g. spin and check.  The Z STAR XV seemed to have less feel around the greens than either of the Titleist balls or the Z STAR ball.

Will you switch to the Z STAR? I want to play a few more rounds with them before making a commitment.  From what I have seen so far I would play with the Z STAR ball as long as it was cheaper than the Titleist balls.

Long Game: Love the feel of this ball off the driver. I played on a windy day and the Z Star held its line better and seemed to carry farther than the Pro V. Based on on-course testing I hit this 5+ yards more than the V1

Short Game: This ball was as good or better than the V1 around the greens. The ball was responsive and seemed to spin a bit more.

Feel: Love the feel of this golf ball. Feel and sound off the putter is very satisfying; pro V feels hard and bouncy by comparison. Similar with irons and driver

Miscellaneous: I loved the Z Star for several reasons, but most importantly it gave me confidence that I hadn’t experienced before. I felt like I knew what the ball would do on different swings and I just loved playing with it.

Will you switch to the Z STAR? Yes absolutely. These are going in the bag. And the relative value is icing on the cake! 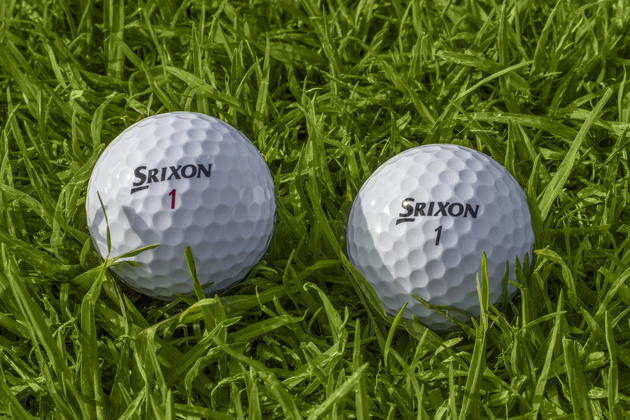 Long Game: The Z Star was shorter in comparison to the Pro V. It also felt much harder than what I am used to which did not help when it came to the feel shots.  Z Star XV was pretty much equal to the Pro V. Had much more feel to the ball which was quite impressive.

Short Game:  As for the short game, the Z Star did not have very good feel around the greens on short pitches or short iron shots which was disappointing.  For the Z Star XV, I liked the feel around the greens, again much like the Pro V. Was able to put some pretty good spin on the ball with the mid to short irons.  I really like the ball as a whole.

Will you switch to the Z STAR? I will give the Z Star a try.

Both balls have a noticeably softer feel and sound than the V1x with a putter. The Z Star has an even softer feel than the XV. Both are really nice sounding and seem to spring off the putter face a touch more than the ProV1x. Chipping around the green has the exact same response.

I played a round yesterday, switching balls out every hole. While I can’t say the Z Stars are longer they are definitely as long as the Pro V1x. No loss there. In fact they feel a little more lively, but not really more distance. They just seem to fell jumpier, if that’s a good description.

The spin with full short iron shots was awesome for me. The ball stopped within a few inches of where it hit and these were not soft greens. We have Bermuda here in Texas and you don’t hardly have to fix ball marks. If you can get a ball to stop without a divot, that says something.

My go to 80 yard shot with a 54 degree to nine o’clock performed perfectly. One bounce and dead as a wet sponge.  Love that shot.

The Z Stars I tested are as good as anything I’ve played. (Except for the Tour Editions back in 90s that spun off the charts. Sorry, they were just fun. 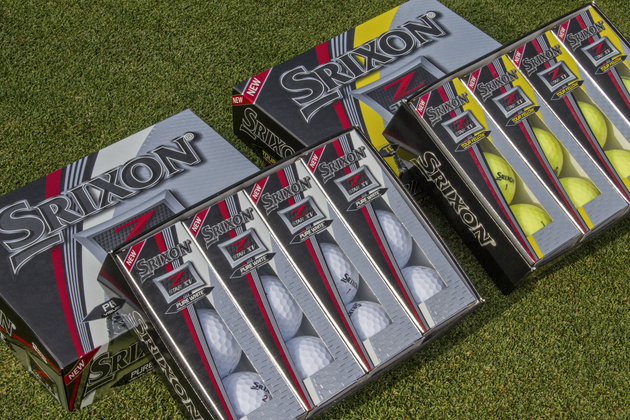 Will you switch to the Z STAR? I will definitely be using the Z Star in the future!

Long Game: The Z Star performed a bit better in the long game as compared to the Z Star XV. I seemed to get a few more yards out of the Z Star, both with my driver and irons.

Short Game: I thought the Z Star XV felt a bit softer, which for me made it better for the short game. From within 100 yards, I got a bit more spin and hold from the Z Star XV. The Z Star had a nice soft feel but didn’t seem to check up quite as much.

Miscellaneous: I found the Z Star to be a really quality golf ball, I would compare it to a Pro V1, I definitely liked it more than my current ball.

Will you switch to the Z STAR? I would consider switching to the Srixon Z Star or XV in the future.

I played two rounds of golf this week at the public course of Fort Myers, Florida. For each round I played the front nine with the ZStar, and the back nine with the ZStar XV.  My ball of choice is the Titleist ProV 1 in dry, hard fairway and green conditions,  and the Pro V1X in softer conditions.
The ZSTAR compares favorably to the ProV 1 in distance off the tee.  Iron distance was almost identical, but spin stop with wedges to elevated greens was impressive.  No complaints there.  Feel off the driver and irons registered a firm and pleasant feel and sound.  Nor harsh feedback on mishits.
On the greens the ZSTAR had a firmer feel and sound off the putter face than the Pro V, but tracked just as pure.  I wouldn’t hesitate to switch from the Pro V1 to the ZSTAR.
My first impression of the Zstar XV off the tenth tee was, “That is long.”  And it was a good 12 yds past my “good drive” with a ProV 1X.  I loved the feedback when striking the ball with a driver or iron.  In sound and feel the ZStar XV surpasses the Pro V1X.  My usual distance with a V1X and 7 iron is 135; on the par three 12th, I nailed a 7 iron with the XV, pin high at 148.
On the greens the XV has a slightly firmer feel than the V1X, but rolls just as pure,  I was impressed with the XV’s spin characteristics and feel with wedges around the greens; slightly firmer than the V1X.
Yes!  I am changing to the ZStar XV which will be my ball of choice. 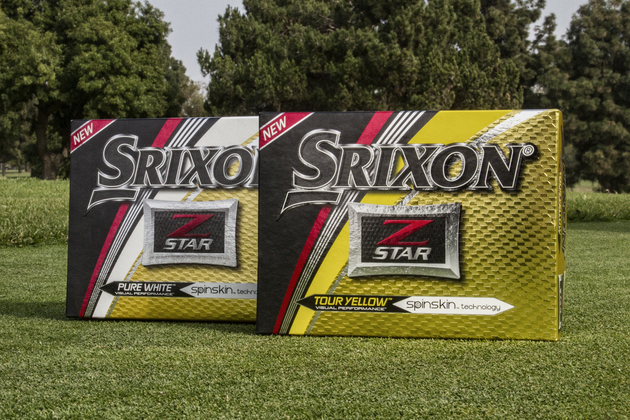