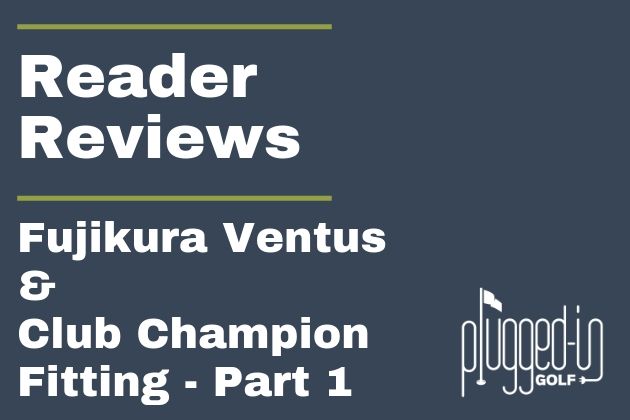 Can Ventus Deliver for Our Test Panel?

What did you learn in your fitting?  I learned that an individual’s swing can be evaluated via significant amounts of data points–a lot of data points. I saw firsthand that the technology behind TrackMan is truly amazing. I think it is great that Club Champion is able to use this technology to show folks like myself how they can improve their game by virtue of the right equipment. In going through the session I was able to ask questions and get answers that taught me how a club fitting is really valuable, even if I am not a professional golfer. And to be able to see the results immediately was really impressive. Before today I honestly had not thought much about the use of technology for picking the right equipment. I simply looked at technology for improving my swing and thought “hey, a better swing will result in improved results.” However, after today, I truly walked away with an appreciation for the club fitting process and am certain I will use Club Champion when I purchase my next set of clubs. The right club, fit properly, can significantly improve my game. That is huge considering I don’t have 8 hours a day, 5 days a week to pound balls and improve my swing. Thus, I can get better results simply by going through the fitting process at Club Champion.

What worked well during the fitting?  First and foremost, I believe that Nelson was really good and extremely professional. He was very knowledgeable and could relate things in a way that I could understand them. In other words, some folks can get very technical when explaining things but Nelson was able to speak my language and that really helped the session go well.

With regard to the data, quite honestly, there is a lot of data and you can get lost in it. I quickly focused on swing speed and had to fight from swinging out of my shoes to increase it.  Nelson really did a good job of reigning me in by focusing me on two to three data points that we would be working on. And he did a good job of explaining the other data points that are a fact of my swing (good or bad) that the session was not going to change, therefore, no point in worrying about them. As an example, a simple thing like several swings on plane resulting in a left shot were a result of a shut face at address. Thus, don’t shut the face and it won’t go left. In the end, Nelson focused me on ball speed and resulting carry. By going through the various shaft choices and changing the settings on my M5 driver, I was able to see how the same swing speed with different equipment/settings produced better results and I didn’t have to swing harder or differently.

Did you see better results with the Fujikura Ventus shaft?  Yes.  I gained 9 yards of carry distance by increasing my ball speed (+2 MPH), smash factor, launch angle (+1.6*), and reducing my spin (-160 RPM). 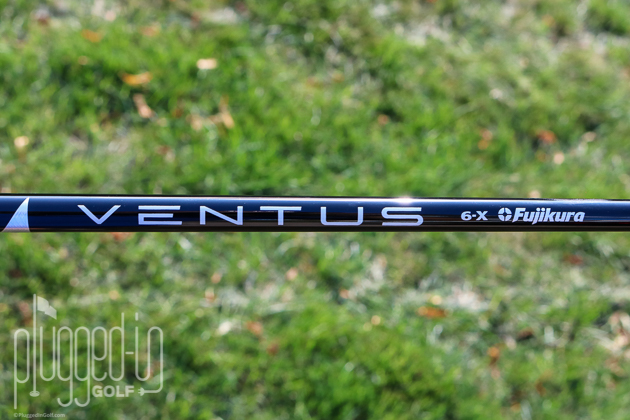 I also learned that hitting in a simulator is not quite the same as hitting on my home courses’ (Pleasant Valley Golf Club and South Riding Golfers Club) driving ranges.  My only prior fitting session was last November.  That facility’s fitting center has a large garage door that is opened, so that the customer hits out to the range, a much different environment and, for me, a much different result.

What worked well?  There was no Ventus Red 6 in stock with a Taylormade 2017 M2 adapter, so we had to do some trial and error experimentation.  Brett attached his Ventus Red 6 to a number of different heads, including a Bridgestone Tour B JGR 10.5.  The one consistent result was that the Ventus Red 6 reduced backspin by 700 – 900 rpm, in some cases the backspin dropped below 2,000 rpm, a rather dramatic and unexpected result.  The Ventus Red 6 also tightened up the dispersion.

What didn’t?  I had some difficulty consistently hitting my baby draw in the simulator.  After leaving Club Champion, I decided that I suffered from “simulator anxiety.”  I kept trying to lift the ball to a higher trajectory than simply swinging my normal swing.  My confidence bubble was definitely deflated when I left.  The next evening I went to my range to practice and was able to recover my swing and my confidence.  At age 67 and having played since the age of 9 including some competitive amateur golf, I know my swing has slowed and that I am no longer able to hit the ball off the tee as far as I used to.  I’m hoping that some newer and better technology will regain some of what I have lost.

Did you see improved performance with the Ventus?  The Ventus 6R shaft definitely reduced backspin and tightened the dispersion.  So far, I have concluded that the Ventus 6R is superior to the shafts, both stock and aftermarket, that I noted above.  Previous to my two visits to Club Champion, I thought that the Project X Blue 5.0 aftermarket shaft in my 2016 Bridgestone JGR 10.5 driver was about as good as I could find at a price that was something less than a new club. 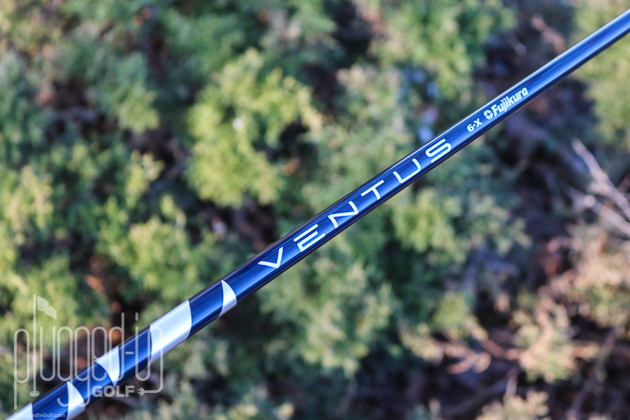 How did your fitting go?  Got there a little early to stretch (I’m getting old) and hadn’t played in a little while.  Once my fitter introduced himself we went back to our fitting bay and I hit a few 8 irons to get loose.  Club Champion uses Trackman with a projector so you get instant feedback on your shots with ball flight, club, and ball data.  Andrew asked me a few questions about my game, my misses with the driver and what I was looking for out of the Ventus shaft fitting.

Once I was loose it was time to hit my current driver and establish a baseline.  I was missing left that day (normal miss) so we took a grouping of approximately 6 shots out of the 10 I hit originally.  Based on my swing speed approx. 110-115 and my ball speed 155-165 Andrew quickly ruled out the Ventus Blue as an option.  My next set of shots was with a std length Ventus 60 X flex.  The shaft felt good however I typically play a heavier 70 gram shaft.  The club felt unwieldy in my hands and it showed in the shot dispersion.  Unfortunately they did not have a 70 x in driver length in stock, however they did have a 70X in a 3 wood length.  With the heavier shaft,  I had far better feel of where the club head was throughout the swing.  Andrew and I then started talking about swing weight feel and at Club Champion they had heavier weights he swapped into my driver.  I went from the 1 gram stock weight to an 8 gram weight and the overall feel of the club was profound.  With the 3 wood length shaft in the correct flex and the weights I picked up about 8 yards on average and tightened my shot dispersion.

What worked well?  Partnering with Andrew to discuss options to tweak my current driver with shaft and weight swaps to get the driver dialed in.

What didn’t?  My swing……I was a bit disappointed in myself that I couldn’t get my swing dialed in during the fitting.  I struggle with a hook off the tee with a swing path that is a tad too far inside to out with a closed clubface.  When timing is right it’s a pretty solid draw.