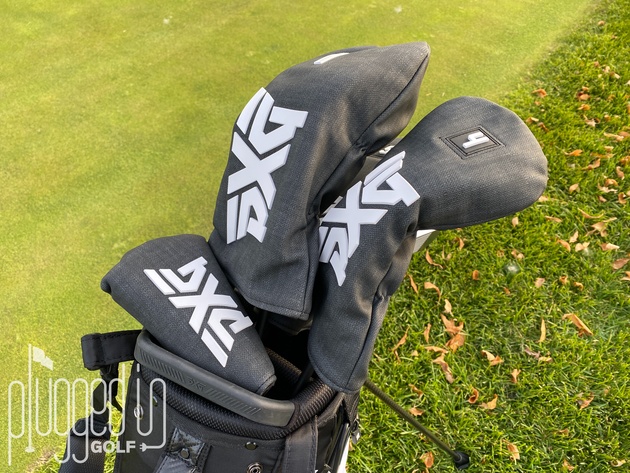 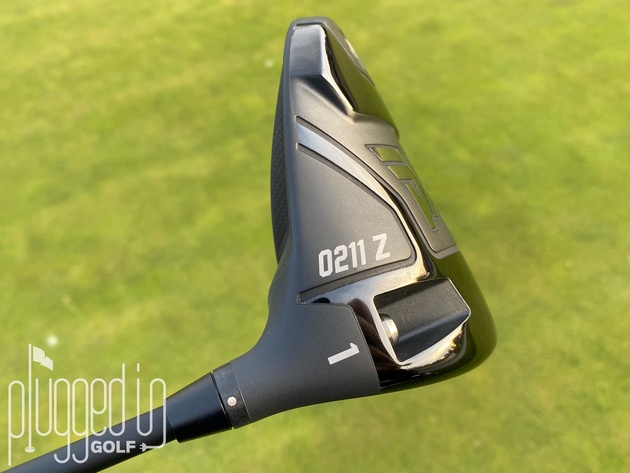 With the massive infusion of new golfers over the last eighteen months, OEMs are using a new word more often: fun.  “Performance” and “Tour” are still as popular as ever, but companies like PXG are recognizing that if these new golfers are going to continue in the game, the game needs to be enjoyable.

With this in mind, PXG has released their new 0211 Z golf clubs.  Designed to make golf easier, more accessible, and more fun, this set also makes club buying simpler and more affordable.  In this review, I’ll get into the details of each piece of the set. 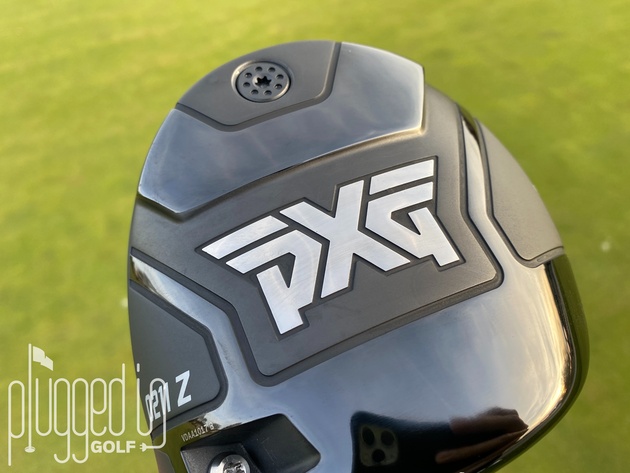 The tee shot is the most intimidating and frustrating part of the game for most golfers, especially beginners.  The PXG 0211 Z driver makes things easier with a shorter shaft (44″), more loft (16 degrees), and a lighter swing weight.  Additional high marks to PXG for removing ego from the equation by not marking the loft on the head. 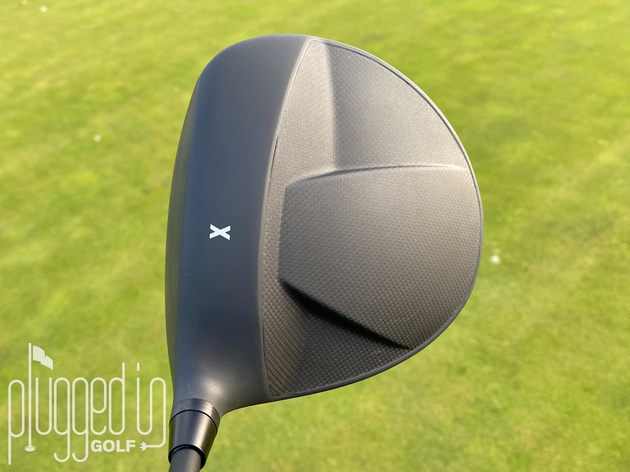 The address look of the 0211 Z driver is unlike anything I’ve ever seen.  PXG calls is a “low-profile, carbon fiber” design.  I see the lovechild of the Cleveland HiBore and PXG’s GEN4 drivers [reviews HERE].  It wants to sit a little closed at address – which makes sense for a new golfer – but it can be adjusted at the hosel as the player improves. 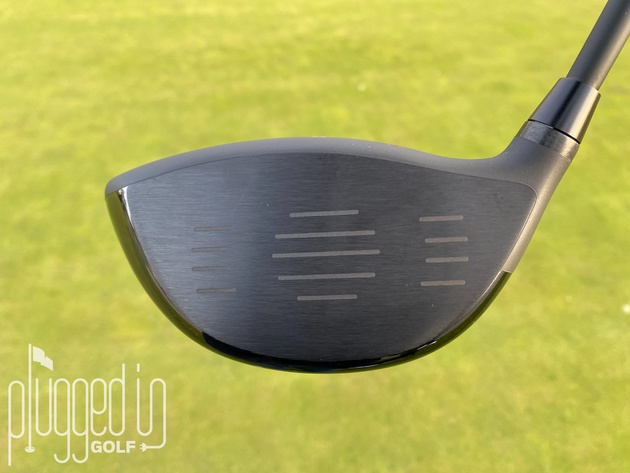 The impact sound lets you know that PXG takes the concept of booming your drives literally.  The commanding “clap” is fairly loud, mid-low pitched, and somewhere between hollow and solid. 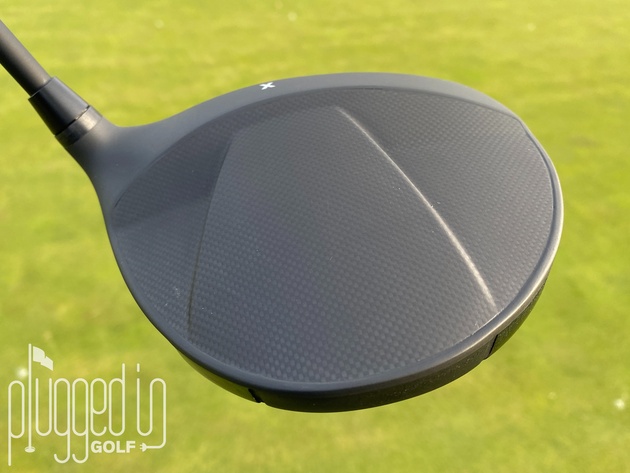 Where the driver shines – and get ready for this to be a theme – is when it comes to forgiveness.  Every shot gets launched high with mid-high spin regardless of where on the face it’s struck.  My friend who received this set is not a golfer.  In his first session with this driver, he hit the majority of his drives over 200 yards.  That’s the kind of thing that gets new golfers coming back for more. 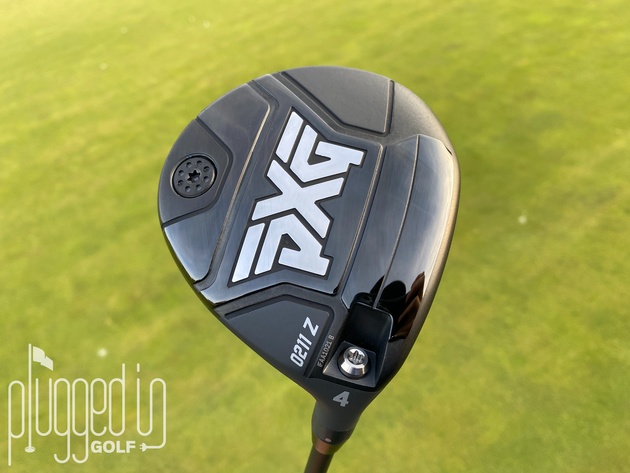 Hitting a fairway wood off the turf can be a challenge, even for seasoned golfers, so PXG put the odds in favor of the new player with an 18 degree 4W that’s 42″ long.  With a shorter shaft and more loft than a traditional 3W, golfers have a better chance of making good contact and getting the ball airborne. 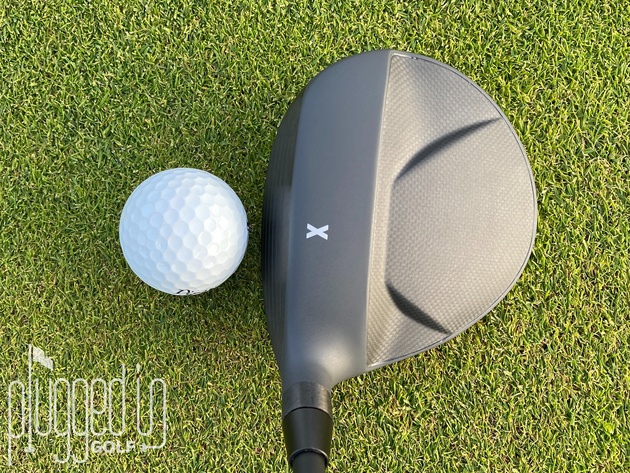 The address look of the 0211 Z fairway wood is is very similar to the driver.  The crown steps down substantially from the leading edge, and there’s a raised section in the middle.  Overall, it has a fairly large footprint, but the shaping is very attractive.  Looking at the photo below, you’ll see that the face is very boxy to create more hitting area. 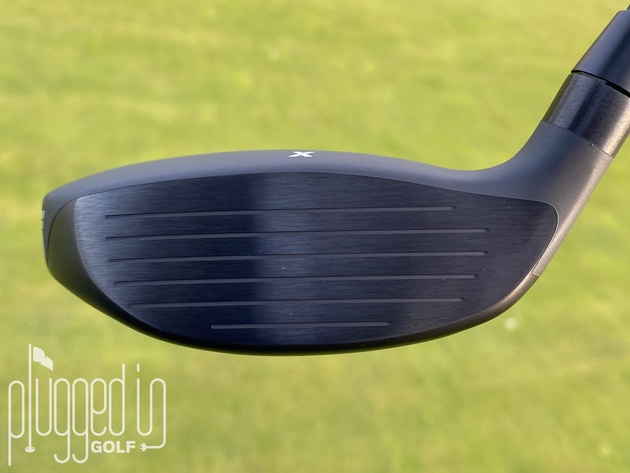 When you make centered contact on this club, the sound is fairly muted.  Audio feedback is quite clear as mishit shots are louder and more hollow sounding.  Feedback through the hands is less clear as all shots feel quite solid. 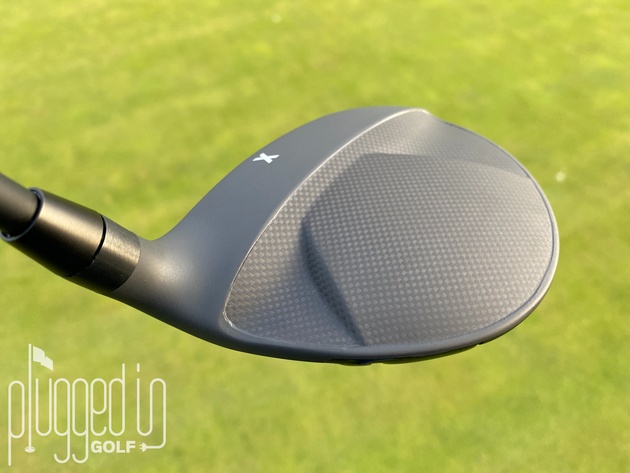 Outside of the really elite, golfers need more height from their fairway woods, and the PXG 0211 Z FW offers just that.  This club launches the ball high on almost every swing.  That high launch is paired with higher than average spin for long, easy carries, especially for players without high swing speed.

Just like the driver, the fairway wood is extremely forgiving.  Ball speed is strong on center but really impressive on the outer edges of the face.  My friend hit a ball that would have been a shank with an iron that carried 140 yards.  It’s also impressively straight.  Out of his first dozen shots, there wasn’t one that my friend wouldn’t have been able to find on the course. 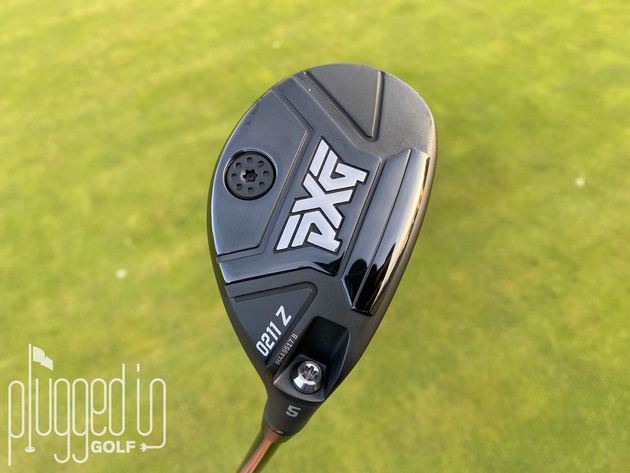 One of the most confusing things for new golfers (and many veteran players) is set configuration.  PXG makes that easy with the 0211 Z Full Bag, going seamlessly from driver to 4W to 5H to the hybrid-irons. 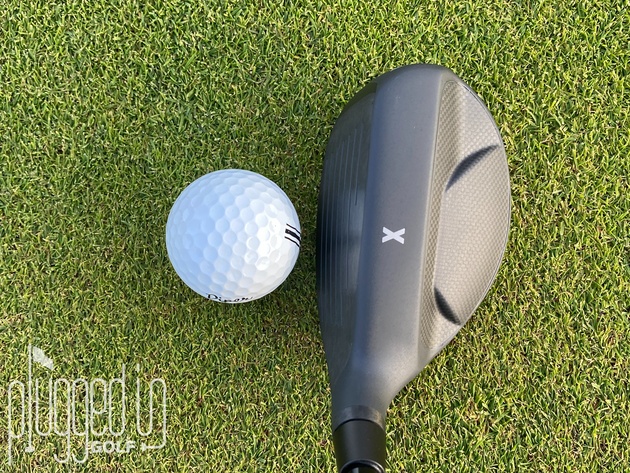 Like the other two woods, the PXG 0211 Z Hybrid has a step down crown with a raised segment in the middle.  That unusual shaping is least noticeable here because the head is so much smaller.

Leaving aside the crown, this is a really good looking hybrid.  It has a medium size footprint and a slight pear shape that’s more reminiscent of a players hybrid than one for beginners. 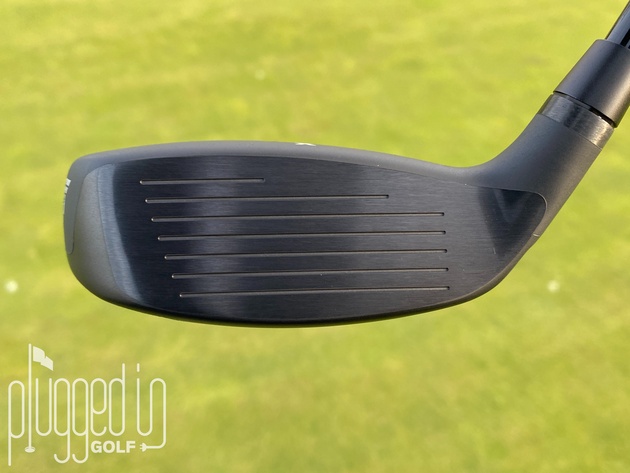 The sound of the 0211 Z hybrid is very similar to the fairway wood.  On center, it’s muted, understated.  Off center, it gets a little louder and more hollow.  Both clubs feel solid across the face. 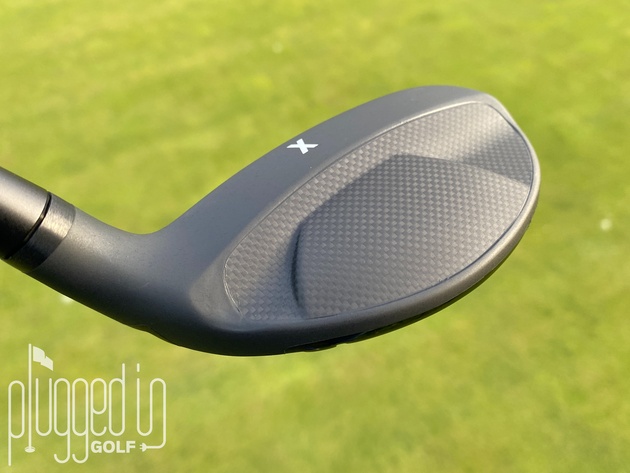 Watching my friend hit his new 0211 Z hybrid was one of the most eye-opening parts of our time on the range.  He was able to compare it to his old 5I and an old hybrid.  Neither one was remotely competitive with the 0211 Z.  With the 0211 Z hybrid, every shot got airborne, most on the same beautiful, towering trajectory.  He was also dropping the majority of his shots between 170 and 180 yards, an impressive dispersion, especially for a new golfer.  With his older clubs, he produced an array of shots that you’d expect from a new player: a good one followed by a worm burner followed by 30 yard chunk, rinse and repeat.  Again, there is no question that a new golfer is going to have more fun playing the game with the PXG 0211 Z Full Bag. 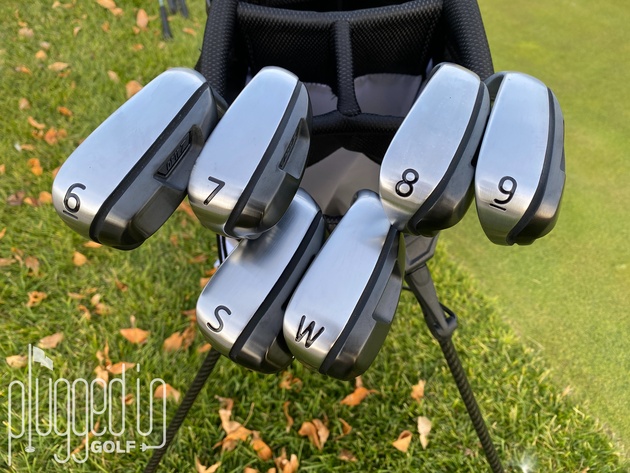 While the 0211 Z woods are all fairly similar in size and shape to PXG’s “standard” models, the 0211 Z Hybrid-Irons are an entirely unique thing.  This set has a hollow-body construction and massive footprint in an effort to push forgiveness further than ever before. 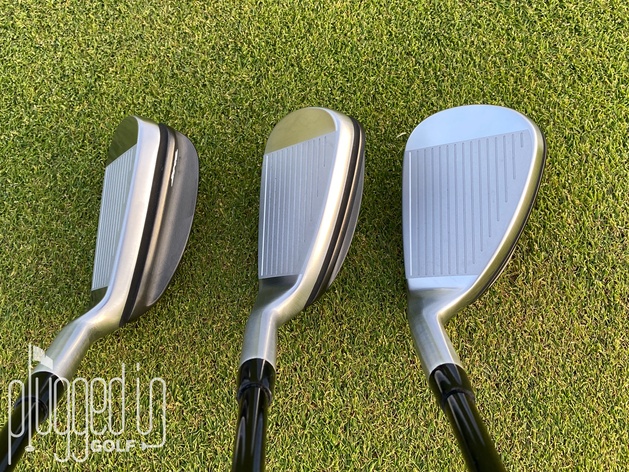 These are some of the biggest irons you’re going to find.  The faces are large and round, and the hollow back sticks out well beyond the top line in the long and mid irons.  PXG did choose a two-tone color scheme to somewhat camouflage that extra bulk. 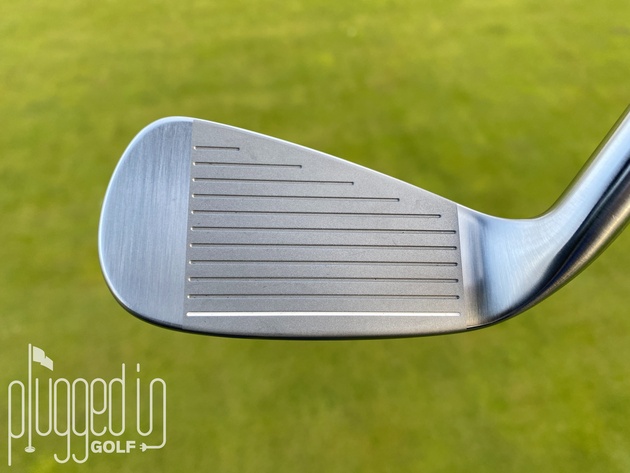 Carrying the 0211 Z irons in the bag, I could hear them producing a high-pitched “clink” as they tapped against each other.  When striking a golf ball, they’re similarly boisterous, making a mid-pitched, hollow “clack.”

What’s interesting is that this unusual sound is paired with an extremely solid, very traditional feel.  This is one of those clubs where the sound and feel are very distinct things. 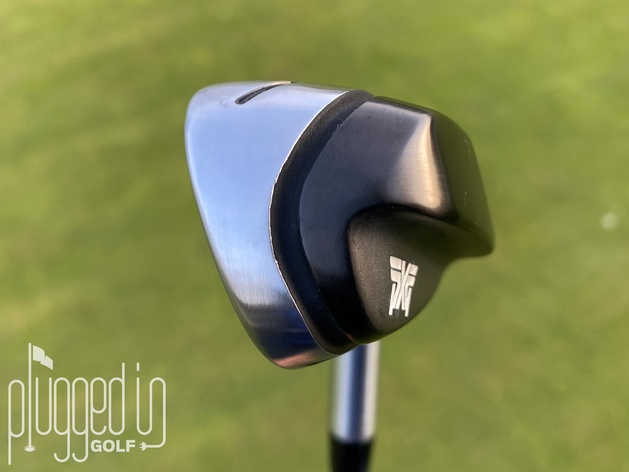 Based on the look and everything you’ve read so far, you probably know where this is going.  The PXG 0211 Z irons are crazy, insane, bonkers forgiving.  With his first golf swing in months, maybe years, my friend smacked the 9I a soaring 120 yards.  The second and third shots were carbon copies.  I genuinely couldn’t tell if he was hitting shots flush, thin, toe, or heel because virtually every ball landed in the same area.  He was having so much success, I started to wonder if I should be gaming SGI irons. 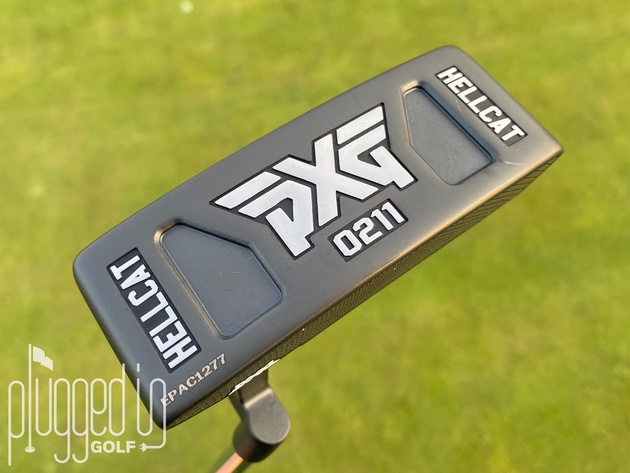 The PXG 0211 Z Full Bag includes the 0211 Hellcat putter.  This is a widebody Anser with a plumber’s neck, so it’s going to fit a wide range of putting strokes.  As new golfers turn into skilled players, don’t be surprised if this is the one club that remains in the bag. 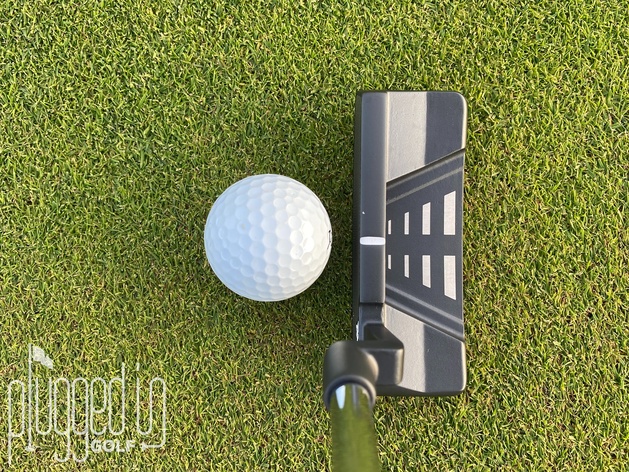 At address, PXG’s Runway Reticle alignment aid stands out.  It’s an aptly named feature that makes it easy to line up putts.  I also like how the shoulders are shaped to enhance the “runway”.

In terms of overall shape, the Hellcat is a little shorter than average from heel to toe.  I like when a widebody Anser is a little more compact in that way; it keeps the putter from looking unwieldy. 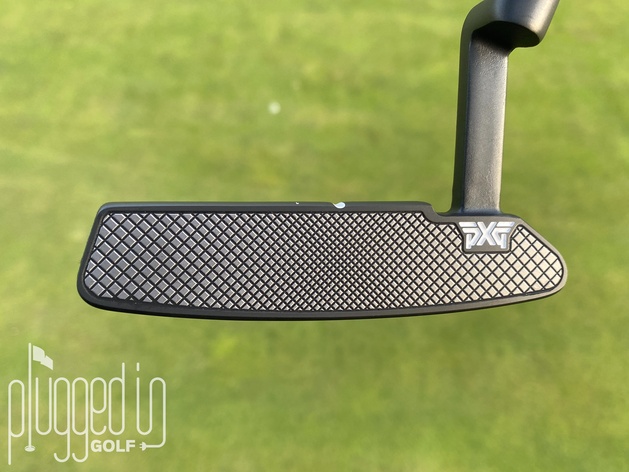 Striking the ball off the Pyramid Face Pattern milling puts a soft, responsive feeling through your hands.  The wider body gives the Hellcat slightly more stability than an average Anser, but it lacks the tungsten-powered forgiveness of PXG’s Battle Ready putters [reviews HERE].  That’s not a terrible thing since the stronger feedback lets new golfers know when they’ve mishit a putt. 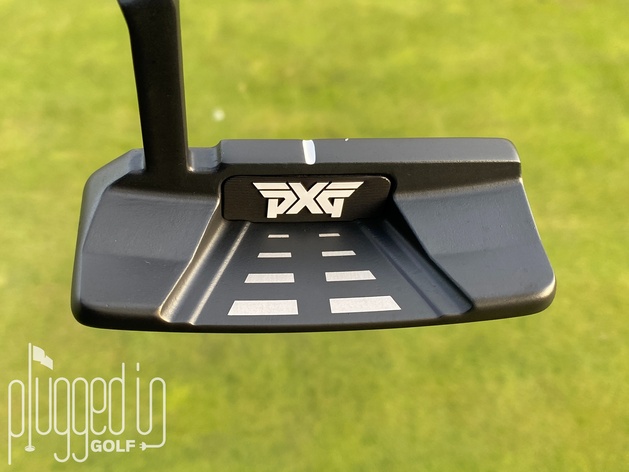 In terms of performance, choosing a plumbers neck Anser is a slam dunk.  This is the most popular putter style in golf for good reason: it works well for the majority of players.  Any beginner will be well served getting their feet wet with this flat stick as they develop their stroke. 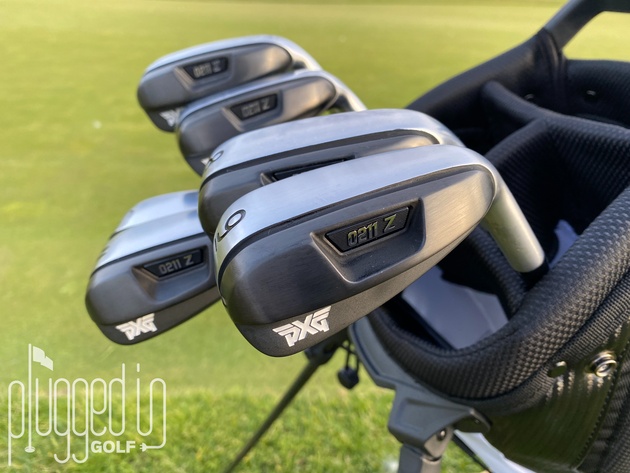 The two smaller packages are good values.  Most drivers are over $400 and FWs and hybrids are over $200, so that covers the cost of the $795 Woods set and then some.  Similarly, the majority of big name OEM iron sets are over $1,000, so getting six clubs for under $800 is solid.

Where you find the great value is in the Full Bag.  For an extra $105, you get a putter, golf bag, and hat.  The PXG bag in this set is outstanding – a comparable one will cost you well over $150.  The Hellcat putter retails for $129.  Putting together a set like this on your own would run well over $2,000. 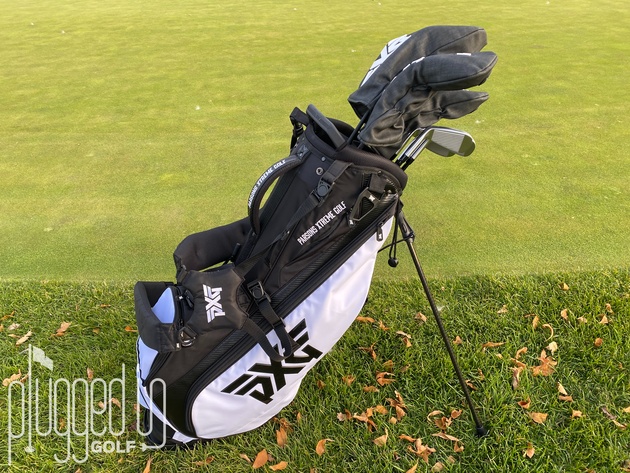 Does every new golfer need to play PXG?  No.  But for the novice player who wants a simple, affordable way to get a full set of clubs designed to make the game as easy as possible, there is not a better option than the PXG 0211 Z Full Bag.  These clubs make golf – and club buying – as easy as it can be.