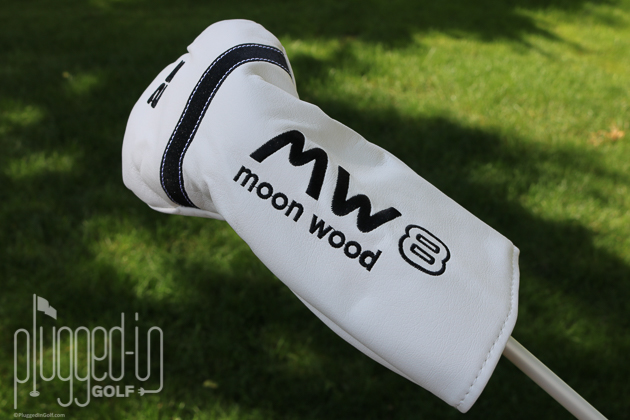 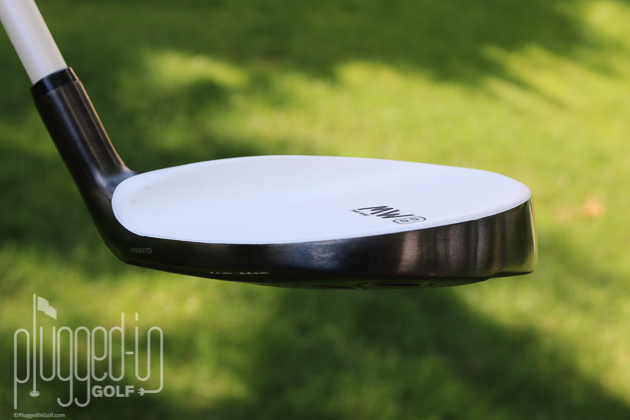 Long shots into the green are some of the most difficult in golf.  Whether it’s a long par 3, a long par 4, or your second shot after a lousy drive, these are the shots that rattle the confidence of most players.

The Moon Wood claims to be the solution for those shaky knees.  Blending “the best of mid-irons, hybrids and woods,” the Moon Wood states that it launches “high, accurate, green-holding shots.”  I tested one to see if it’s true. 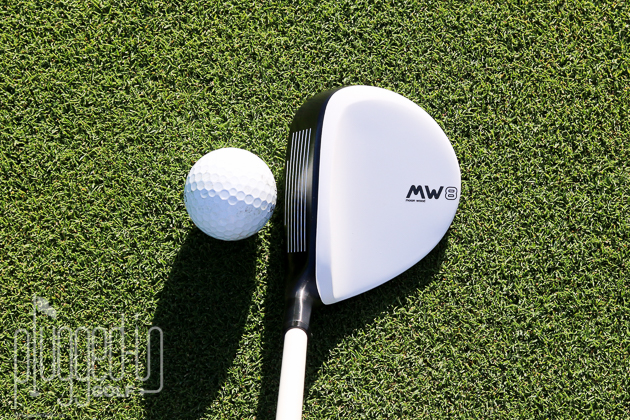 There’s almost nothing conventional about the appearance of the Moon Wood.  As you can see above, that starts with a stark white crown which has the “MW8” logo on the trailing edge.  It extends to the shape of the head which will remind some of the classic Cleveland HiBore clubs.  The “scooped” crown is designed to lower the CoG. 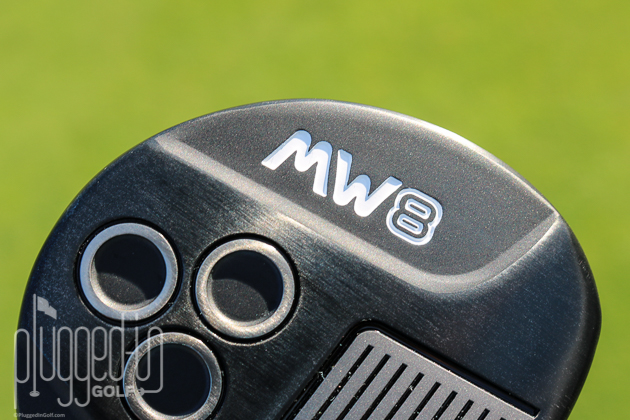 At address, I like the height of the face and size of the head.  Moon Wood says it has an “Ultra Low Profile Face,” but it looks fairly standard to my eye.  I also noticed that the white head “disappeared” when I was focused on the black face.

Compared to the crown, the sole of the club is rather tame.  The branding is fairly minimal, and there are no wild paint fill colors. 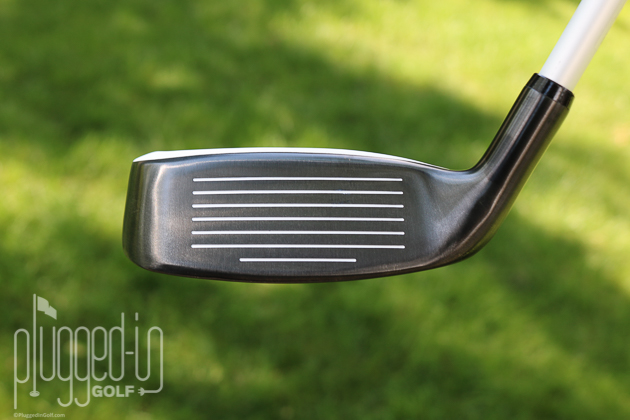 My first swing with the Moon Wood produced a hollow “doink” (H/T Matt Meeker).  So did the second and third.  I started to mentally compose a paragraph about one of the most unusual sounding clubs I’ve ever hit.

Then, I found the center of the face.  The Moon Wood felt solid, and the sound was a muted knock – a full 180 degrees from the “doink” of the off-center shots.  Needless to say, the audio feedback is very clear, which makes up for the poor feedback through the hands.

One thing that took some adjusting to was the weight of this club.  It’s not necessarily that light – the stock stiff shaft is 75 grams – but during the swing it felt nonexistent.  If you prefer a lighter club, you’ll like the balance of the Moon Wood.  If, like me, you want to feel some heft in the swing, you’ll need to modify this a bit. 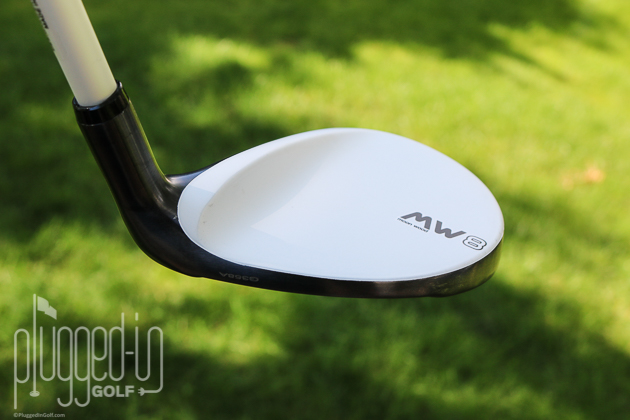 Far more than the shape of the head, the combination of fairway wood head, upright lie angle, and short shaft shook me when I first tested the Moon Wood.  This club is 38″ long, equal to many 5 irons and about 4″ shorter than your standard 5 wood.  The concept is that these iron-like dimensions make the club easier to hit and the big head provides forgiveness.

After taking a few swings to adjust to the weight, length, and look, I started to see the consistent results that Moon Wood promises.  This club produces a high, soft ball flight time after time with distance equivalent to my 4I. 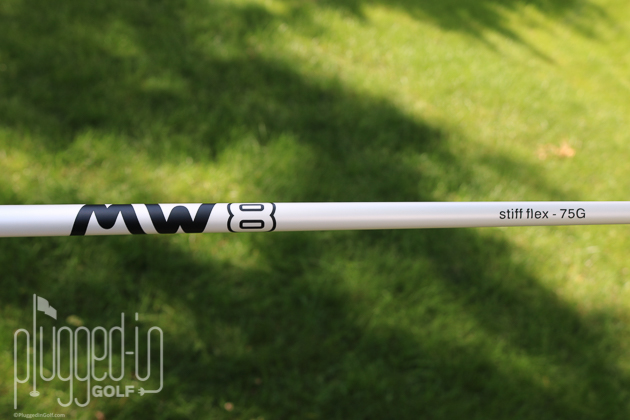 Given the upright lie and the slightly closed face at address, I was expecting to hit hooks with the Moon Wood.  I was surprised to find that, when I made good contact, the ball actually had a small fade on it.

While this is not billed as a players club, it is worth mentioning that the Moon Wood is not very workable.  I could hit lower shots, but I had to really work at it.  This is a club that wants to hit its stock shot and little else.

The stock shaft is available in five flexes: Senior Plus, Senior, Regular, Stiff, and Ladies.  I was able to get into a groove with it after a while, but I still can’t put my finger on a good description.  It doesn’t feel very active, but it doesn’t feel that stable either.  Whether or not this shaft works well for you will dictate your feelings about the Moon Wood. 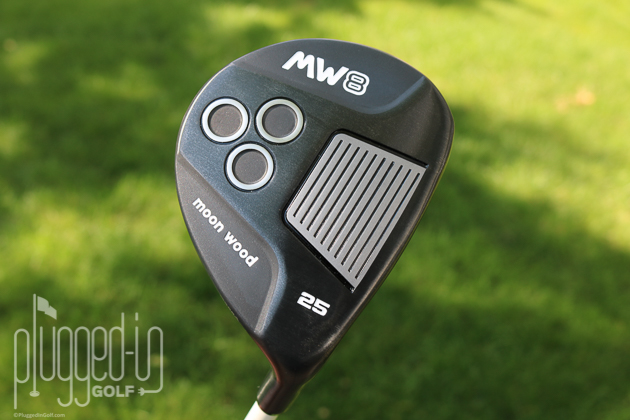 It’s easy to ridicule clubs sold via infomercials, but often they’re ahead of the curve.  The combination of a large head, short shaft, and upright lie angle did produce the high, soft shots that the ad promises.  While this combination won’t work for everyone, the Moon Wood does come with a 60-day money back guarantee and may be worth testing for players struggling with their long game.