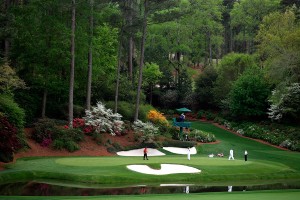 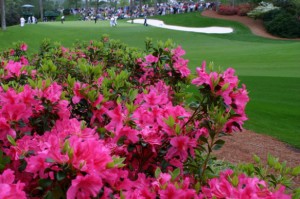 If there is such a thing as hallowed ground in sports, no setting lays claim to that status quite like Augusta National. If you’ve ever been lucky enough to walk the grounds, you’ve felt it, that aura, that magic. And if you’ve played it, well … then you, my friend, you can pass on into the next life, content with your existence.

At long last, it’s Masters week, which means that spring reigns eternal, the azaleas are in full bloom, and Jim Nantz is setting up camp in your living room. For us golfers, especially the cold clime crowd, there’s just something about that CBS music, that otherworldly green in HD, the Corner, the shot decisions, the drama, even the pine straw, the sum of which affirms our greatest hope — that winter is finally over, and golf has returned once more.

Where once there stood a giant

While it’s sure to be another exciting four days this year, for the first time in decades, the Masters will unfold without its regular towering presence, its fixture on the fairway, its iconic Sunday swayer – the Eisenhower tree on 17.

Augusta the track was once untouchable, as if carved out of green marble, the layout and look being as consistent as the passage of time. But once young Eldrick showed up and literally set the course on fire, the untouchable got some touch-ups, “Tiger-proofed”: tees got lengthened, a secondary cut was grown out, trees were added, and more.

And even with such change, it still came as a shock when a storm this winter felled the legendary Eisenhower tree, the 65-foot-tall Loblolly pine that intimidated drivers on the 17th tee. The pine got its name when former president and once-member Dwight grew tired of the challenge and asked Augusta brass to remove it. Ike, just like his tee shots, was denied, and the tree got a new name instead.

It’s almost fitting too, with the 17 fairway looking strangely vacant this year, that this Masters leaderboard will as well, Top 10 mainstay Tiger a no-show due to back surgery. Without the four-time green jacket winner out there lurking on the weekend, the scope of storylines widens, the roster of potential spotlight grabbers expands.

Who will seize the day this Sunday? Will Aussie Adam Scott re-jacket himself? Will Phil concoct some more of his Lefty magic? Will Rory rise? Or will one of the 10 Top 50 first timers steel their nerves for more than a nine and play their dreams out in real life?

But The Masters is more than this, more than predictions and pimiento cheese (well, I take that back, but still).

Pros and fans alike have a reverence for the place, a respect for its design and history, for the legend of Bobby Jones and the artistry of Alister MacKenzie. As a course, it awes us with its beauty and its drama, and all this despite its ridiculously antiquated clubhouse politics.

The Masters is a constant; it’s iconic, the only major that doesn’t stray onto other less worthy tracks. Each hole, each decision that the pros will face is ingrained in our minds already – What percentage on 12? To go or not to go on 15? Where the hell’s the break (on any green)? – these make-or-break swings are familiar to us, we look forward to them, to watching the best players in the world make a choice and (try to) execute.

It’s an undeniably different brew of history and beauty, of familiar challenge and skill, one that continually creates spectacle, that ignites drama, every single time. And we as fans watch and wait for it with bated breath. We marvel as the leaders round Amen Corner in the Sunday sun, knowing that the magnitude of the moment and the delicate nature of the golf yet to be played will show us something truly awe-some. Something we’ll remember.

It’s no secret, not to any of us who play. The Masters has a magic to it, an aura, something majestic in the spectacle of it all, something mysterious in its boundaries now broken. So much so that even after hearing Nantz say it for the 1,300th time, we still agree with him. We always do. Because April in Augusta is special, it’s tradition, and there’s truly nothing else like it in sports. How could there ever be?

Contributing Editor
James is an Atlanta-born, Chicago-living writer and journalist who splits his time between marketing, fiction/nonfiction, and valiant attempts to harness his emotions on the course.