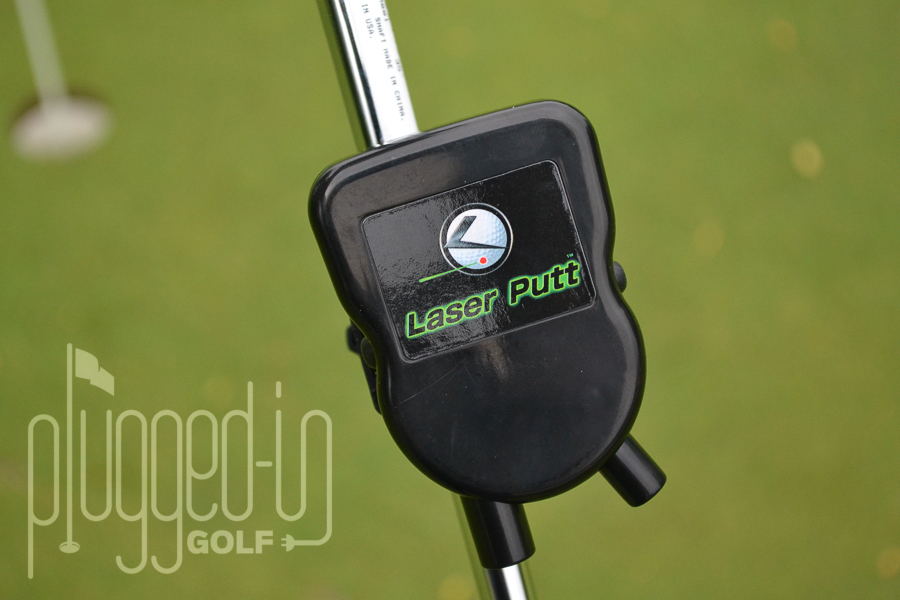 In spite of the efforts of the world’s best putter makes, the average golfer doesn’t aim his putter correctly.  He thinks he does, but all the testing tells us that he’s wrong.

This is exactly the problem that Laser Putt seeks to solve.  This simple training aid is designed to fix your aim and alignment which should translate to making more putts. 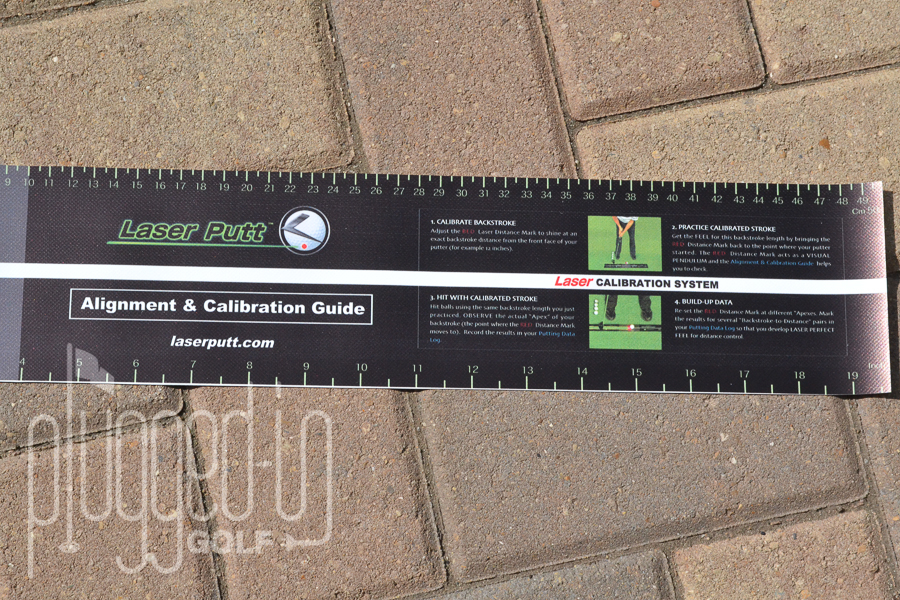 Attaching the Laser Putt to the putter is easy and takes only a couple seconds.  Getting it aligned properly doesn’t take long either, assuming that you have the Calibration Mat.

Where it gets slightly more difficult is in knowing what to do with it: Laser Putt is not the kind of aid that you instinctively know how to use.  That said, Laser Putt offers a couple ways to figure it out.  Included with the Laser Putt is a well-written User’s Guide that lays out the two main functions of Laser Putt.  Alternately, you can go to the Laser Putt website and watch the videos. 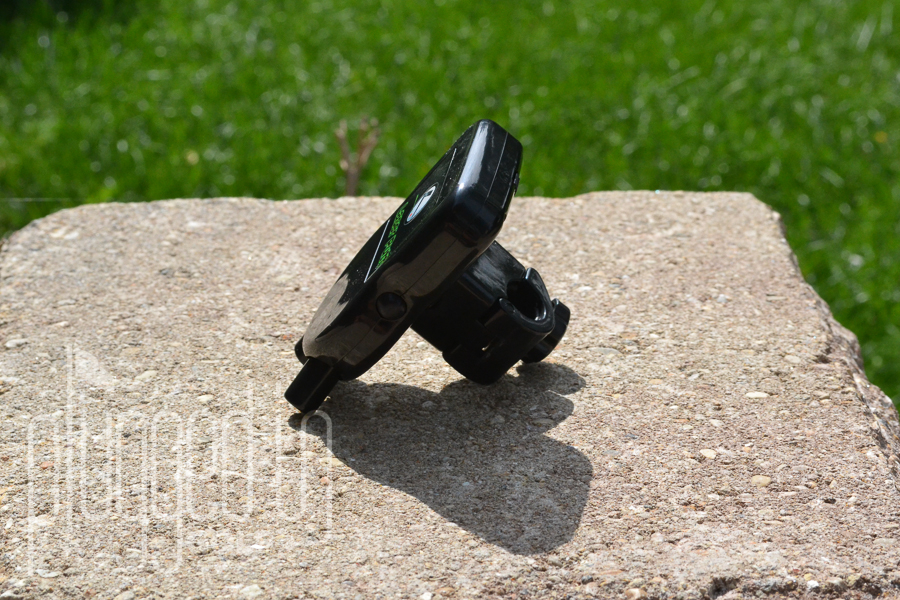 While there are many possible ways to use Laser Putt, I’m going to focus on what I see as the two primary functions: improving alignment and learning distance control.

The Laser Putt is extremely effective at improving the way you aim the putter.  Once you set the green laser perpendicular to the putter face, you have a way to check your alignment at the push of a button.  While I personally prefer to putt with the laser off, I liked having a way to verify my aim before I made a stroke.

To start, I really like what Laser Putt teaches with regard to distance control: the length of the stroke should determine the distance that you hit the putt.  To teach this idea, Laser Putt has a red laser dot that you can set at various distances in front of the ball.  Once you set the laser, you take the putter back until the laser hits the ball, and then make your down stroke.  The idea is that you will learn, through charting putts in the Putting Data Log, what distance of putt each stroke length correlates to.

My one concern about this feature is whether or not the skill will translate to putting without the laser.  I found that when I used it, I was focused on the visual cue of the red laser instead of internalizing the feel of a certain stroke length.  In spite of that concern, I think the concept is sound and could help get golfers away from the notion of hitting long putts harder with the same stroke length. 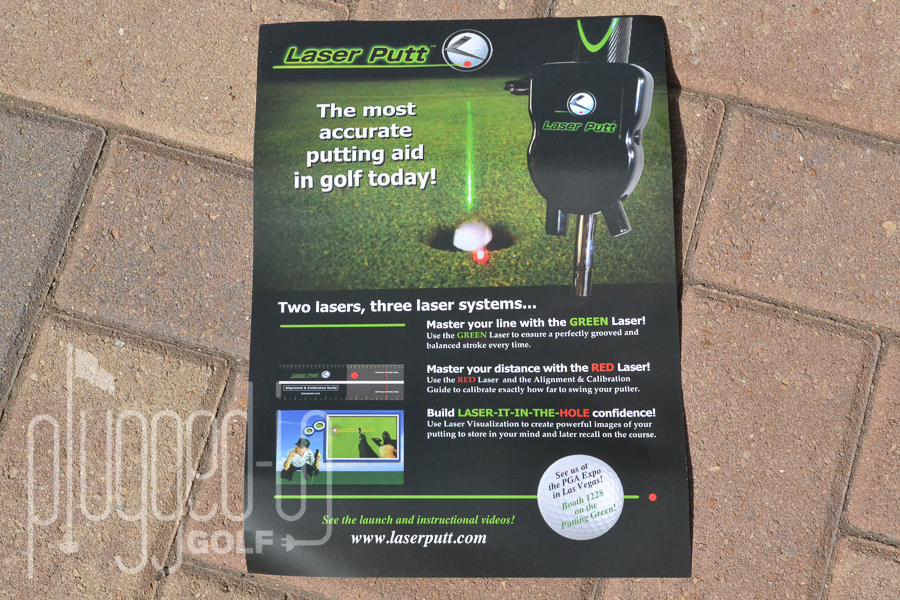 Overall, I see the Laser Putt as something that you might take out once or twice a season for a few days at a time.  It’s certainly convenient enough to live in your bag and use more regularly, but checking your alignment isn’t that much fun, even with a laser.

I do think that there’s value in using the Laser Putt regularly, but this section is meant to reflect how I think the average golfer will use this training aid. 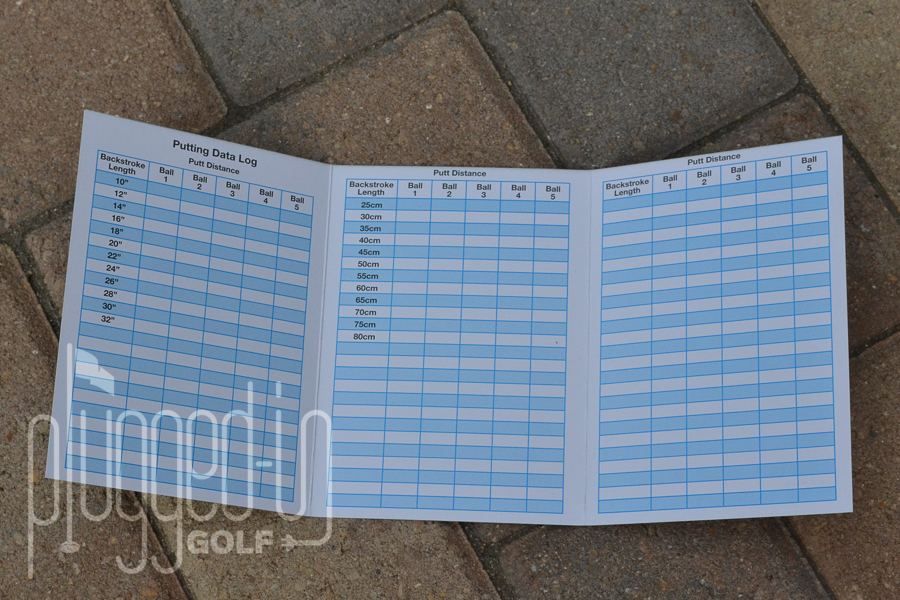 Sold through the Laser Putt website, the Laser Putt carries an MSRP of $157.  They are currently running a launch special of $109 with free shipping.

The launch special price puts the Laser Putt right around the average price for a training aid.  At that price, I think it’s something that serious players need to consider adding to their kit.

This standard price puts the Laser Putt at one and a half times the average price of a training aid (I assume the average to be about $100).  While I appreciate that a lot goes into making the Laser Putt (they use the strongest commercially-legal lasers), I do think that the price will be too high for many golfers to stomach.

One group that I think would get good Value out of the Laser Putt is teaching professionals.  The difference between telling someone that their aim is poor and showing them (with a laser!) is HUGE, and would result not only in better student performance, but also more putting lessons. 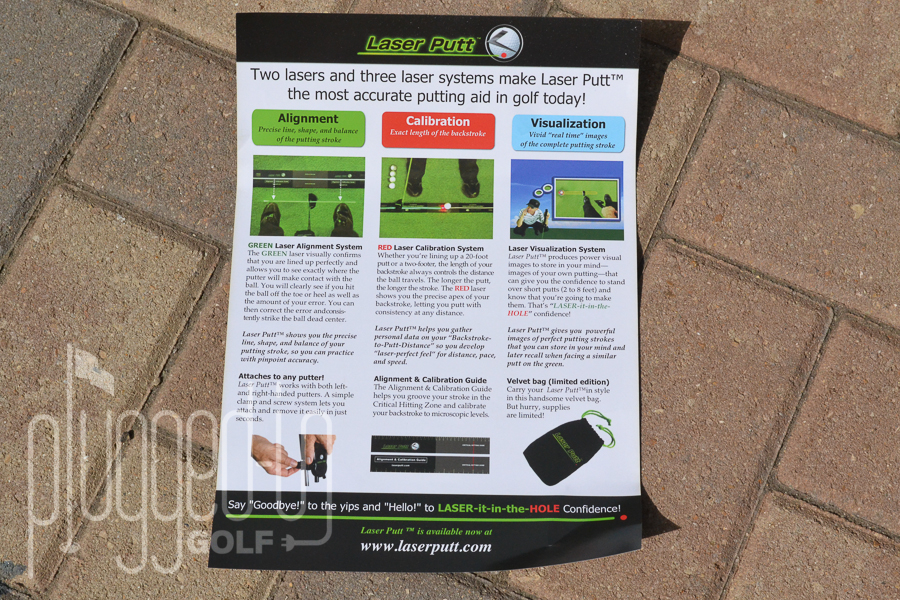 I think Laser Putt is a unique putting aid that can help a lot of people to improve their aim and develop better distance control.  I do think the price will be a stumbling block for many people, especially recreational golfers who don’t practice putting very often anyway.  However, for serious golfers who appreciate the importance of being perfectly dialed in on the green, the Laser Putt may prove to be a must have.

Enter to win a Laser Putt in 2 simple steps

Get additional entries for RTing our tweets about this contest or sharing our Facebook statuses. 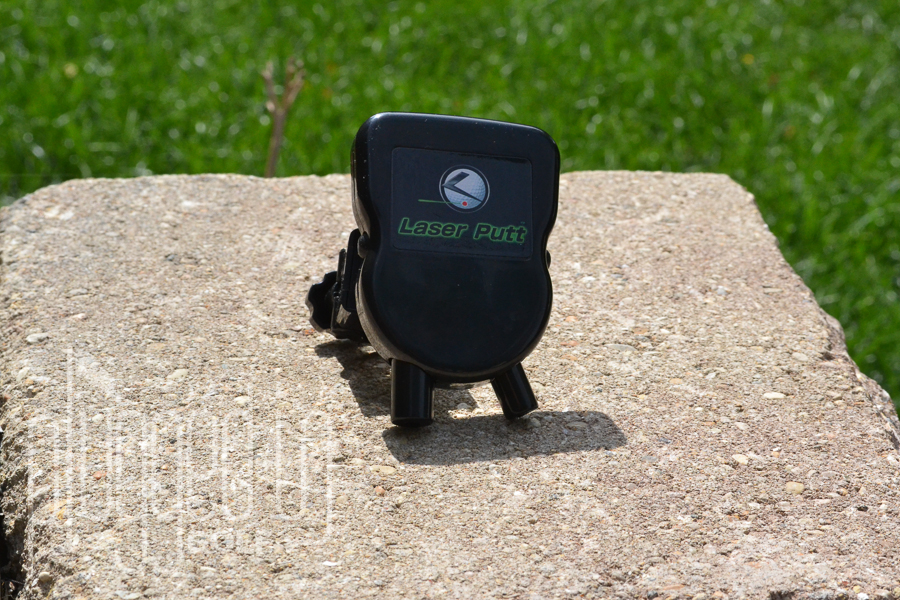 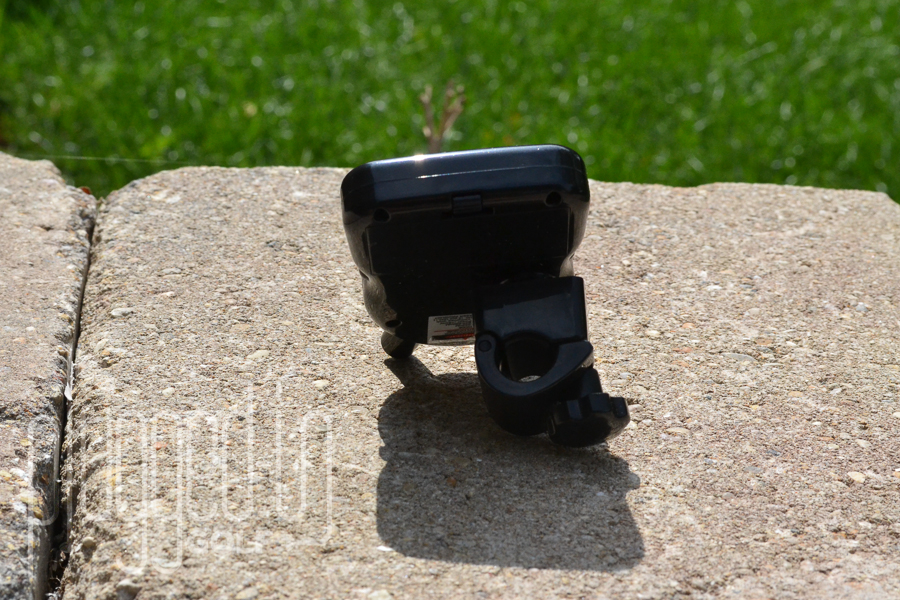 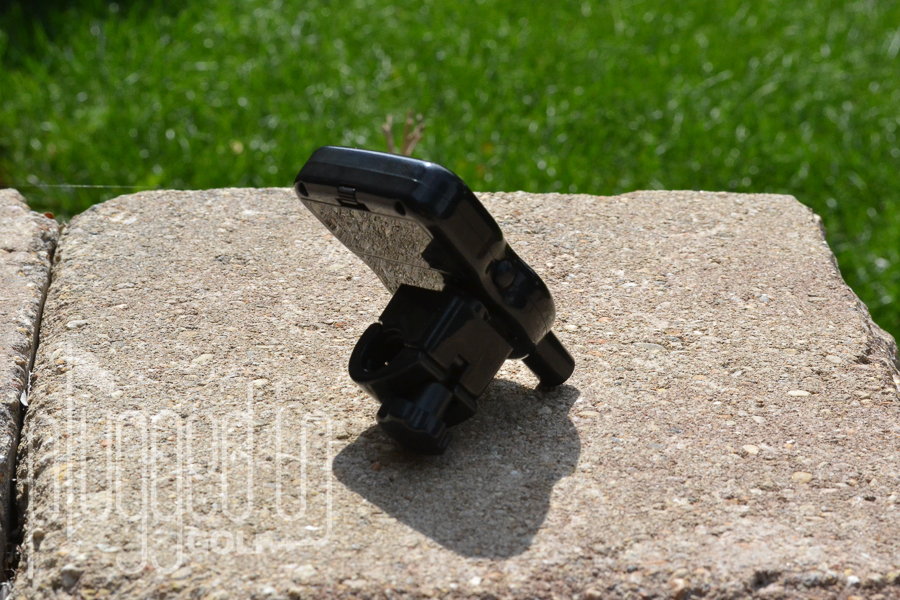 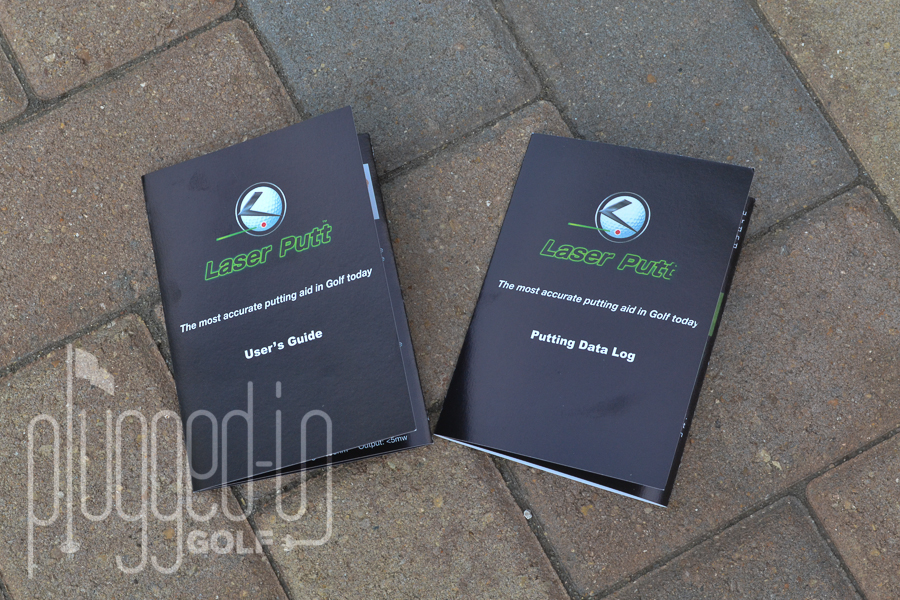 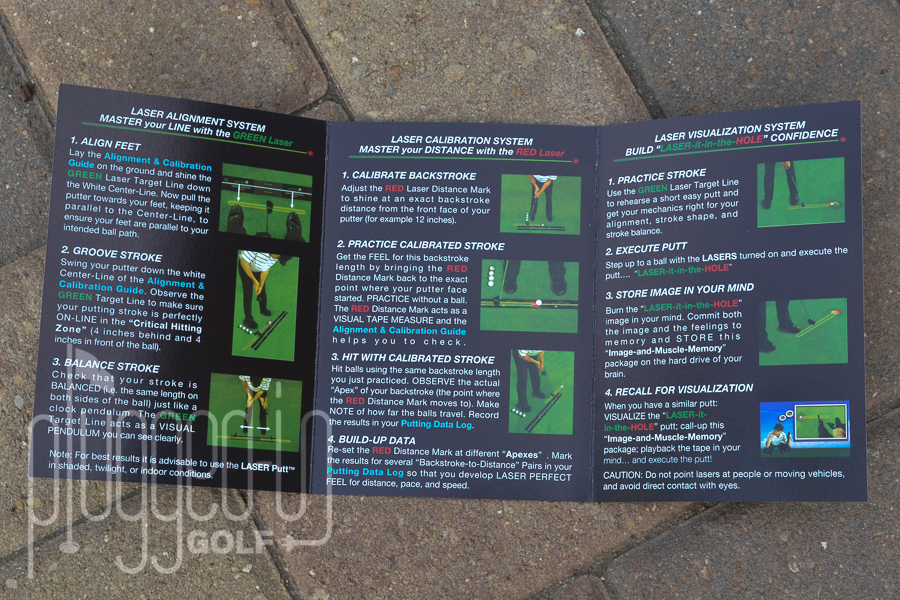