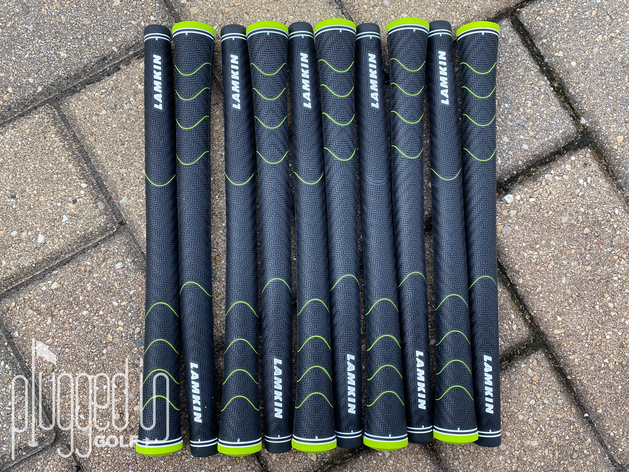 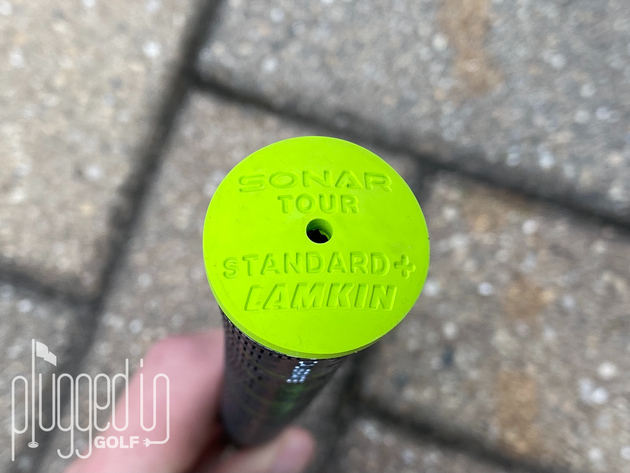 Most golfers don’t need an extreme grip.  They want something that feels good and has a decent amount of traction.  The Lamkin Sonar+ Tour Calibrate grip has both of those thing with the added benefit of Lamkin’s Calibrate design. 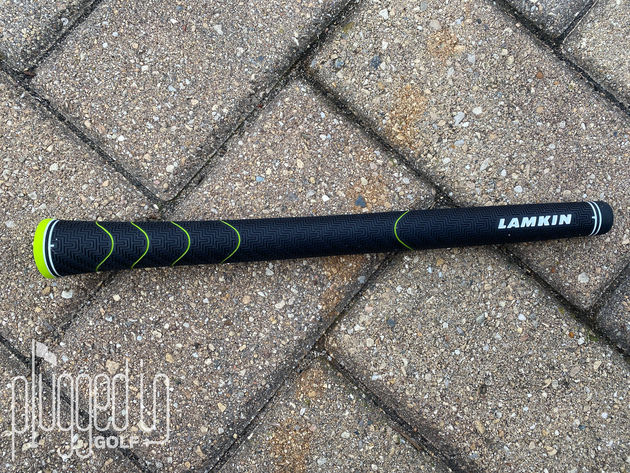 Particularly with their Calibrate grips, Lamkin has established neon green as their trademark color, and it’s on full display in the Sonar+ Tour Calibrate.  From the butt cap to the Calibrate rib to the markings along the length of the grip, the bright color stands out against the black background.

A closer look reveals an even more interesting element: the tread pattern.  This mesmerizing design of interlocking stairs looks as good as it feels. 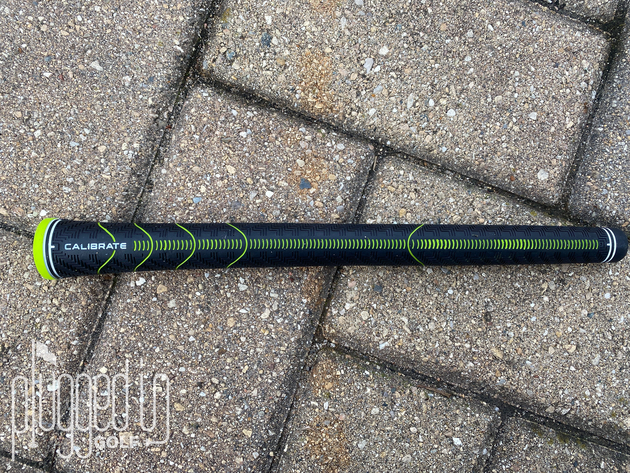 Lamkin’s website describes the Sonar+ Tour as being for “golfers with higher swing speeds” but I see this as one of their best grips for the middle of the bell curve.  Everything about this grip is just slightly off the middle of the spectrum.  In terms of hard or soft, it’s just a hair soft.  Looking at tack, it has just a little more than average.  It’s hard for me to imagine any golfer having a negative reaction to the way this grip feels. 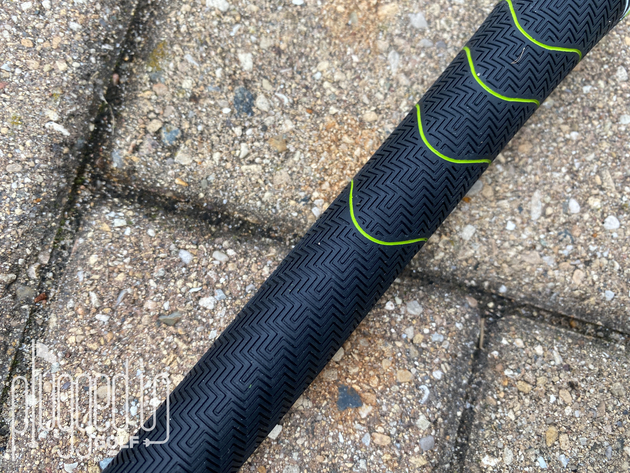 I’m going to start with one of my favorite things about the Lamkin Sonar+ Tour Calibrate which are the markings.  As someone who likes to carry fewer clubs and hit more types of shots, I really enjoy having the rings to show me exactly how much I’m gripping down on the club.  I also find that the rings work in concert with the Calibrate rib to enhance consistency in hand placement.

Looking at traction and control, the Sonar+ Tour is slightly above average.  This is not a corded grip and it’s not overwhelmingly tacky, so it relies on the Fingerprint Technology pattern and the Genesis Material to keep your hands in place.  I’ve found both these things to be effective in Lamkin’s other grips and in the Sonar+ Tour Calibrate.  If you need maximum traction or supreme wet weather performance, you might opt for the ST+2 Hybrid Calibrate [review HERE], but this will perform very well in most situations.

As of this writing, the Lamkin Sonar+ Tour Calibrate is available only in standard size. 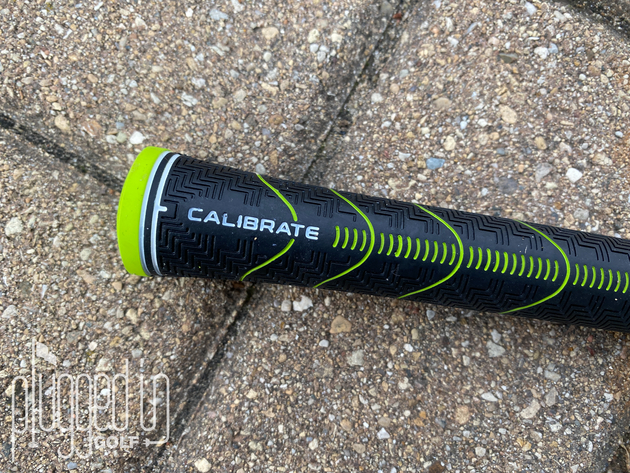 For the golfer that wants to try Lamkin’s Calibrate Technology but otherwise wants a straightforward grip, the Sonar+ Tour is it.  This grip has a great, comfortable feel, and it performs well in all but the worst conditions.