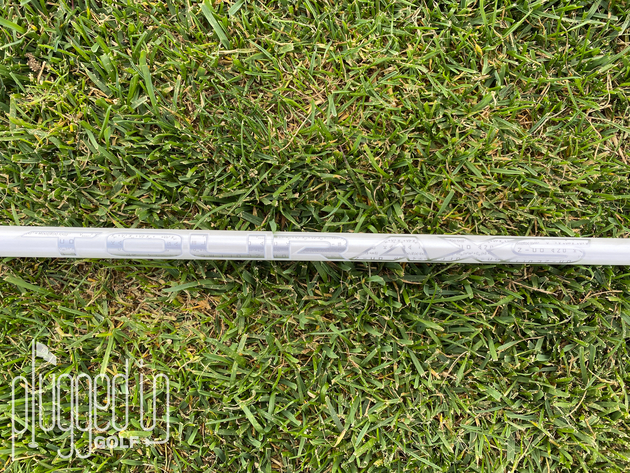 The LAGP Tour AXS WHT shaft is the high launch, high spin member of the series.  Very strong kick.  Great for players with a smooth swing looking to add some pop. 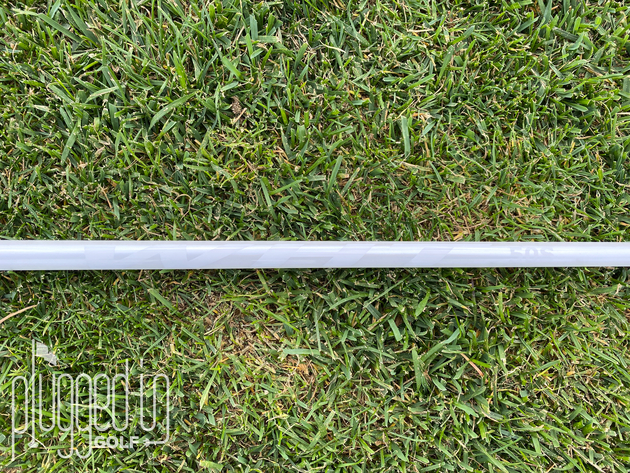 Due to the modern emphasis on low driver spin, there are very few shaft manufacturers who want to label a new shaft as “high spin.”  Even shafts that are clearly high spin are labeled “mid spin.”  LAGP, however, is unafraid to call their new Tour AXS WHT what it is: a high launch, high spin shaft that’s designed to be higher launching and spinning than its predecessor.  And that’s a good thing, because there are plenty of golfers who need those things to hit longer tee shots. 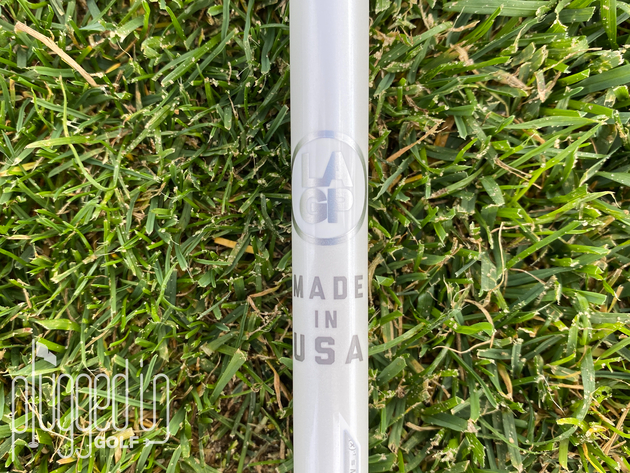 The LAGP Tour AXS WHT may be #1 on the list of shafts that made me wish I had better photography skills.  In person, the silver-on-white looks crispy enough to fry chicken.  Sadly, that doesn’t translate in my photos.

All of the Tour AXS shafts have the model name – in this case, “WHT” – written in white-on-white on the “logo down” side.  The white-on-white is a clever choice that allows for more branding without creating distractions at address.

On the “logo up” side, you’ll see the LAGP logo, “Made in the USA,” and “TOUR AXS.”  Incorporating the “rain” graphics inside the word “TOUR AXS” is a great nod to the shaft’s heritage, and, again, the silver looks amazing in person. 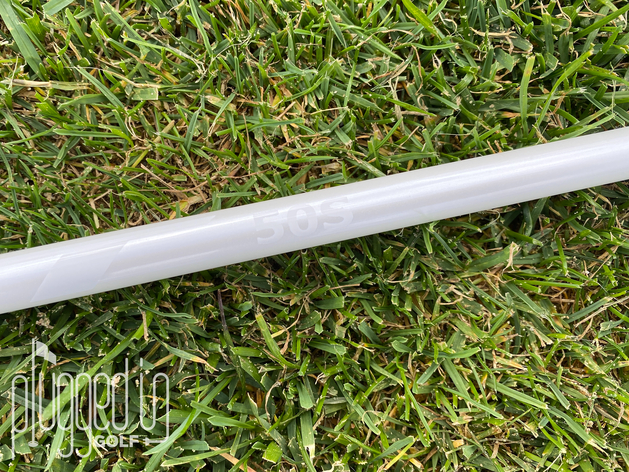 It’s important to note here, as I will again in the Performance section, that LA Golf Shafts is not using the standard color-to-characteristics pairings we see in most shafts.  In the Tour AXS line, WHT is the high launching model, RED is mid launching model, and the low launching shaft is BLU.

LA Golf Shafts notes that they wanted each shaft to be more distinct in the Tour AXS series, and they definitely achieved that with the feel of the Tour AXS WHT.  This is a shaft with a big, pronounced kick.  Just below the grip, I felt the shaft rear back and explode through the ball.  This shaft does have noticeably more torque than the RED and BLU, which I noticed on bad mishits. 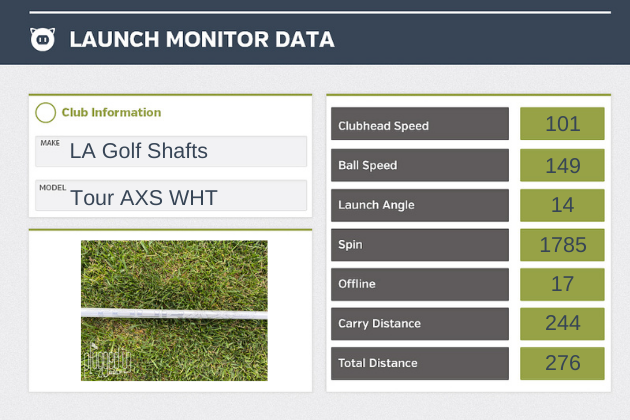 Another reminder: in the Tour AXS line, the WHT is the high launch, high spin model.  Also, the Tour AXS shafts are a unique case in that you can compare the launch monitor numbers of the different models apples-to-apples, but do note that the WHT is a 50-S, the other two are 60-X.  The review of the LAGP Tour AXS BLU is HERE.

While I love the feel of of the Tour AXS WHT – I always enjoy shafts with explosive kick – years of testing experience have taught me that it’s not the best thing for my swing.  I do not have a beautiful, rhythmic swing like an Adam Scott or Ernie Els; I lash at the ball like it just insulted my kids.  For me, that leads to less consistent results when the shaft is active.

In addition to the profile being more active, the Tour AXS WHT was lighter than the other two Tour AXS models – 50 grams vs 60 – which is a point of diminishing returns for me with weight.  I have stepped down from 70 gram shafts to 60 gram shafts in the last couple years, but I don’t tend to find any extra speed going below 60.

Despite those things working against it, I was still able to find some pretty solid results with the Tour AXS WHT.  It launched noticeably higher than the other two models and was more prone to draw.  Because of the draw, the spin stayed low and the ball flight remained strong.  My accuracy suffered a little compared to the BLU and RED, but, again, that’s an issue of fit, not a knock on the quality of the shaft.

The LA Golf Shaft Tour AXS WHT shaft is available in two weight classes: 40 and 50 grams.  At 40 grams, A-flex and regular flex are offered.  The 50 gram version is available in A-flex, regular, and stiff. 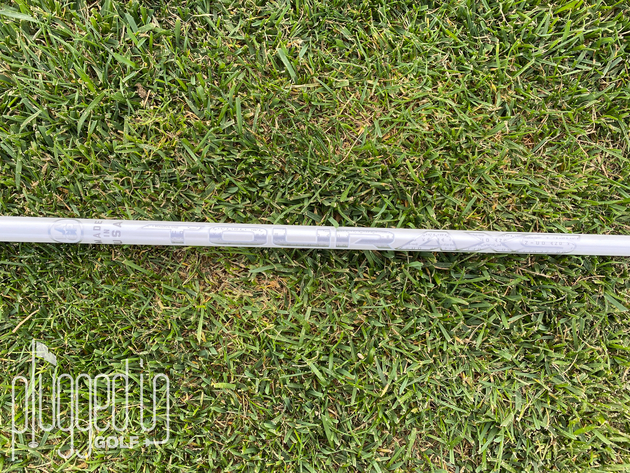 If you’re one of the many golfers who needs higher launch and spin to get more out of your drives, the LA Golf Shaft Tour AXS WHT should be near the top of your demo list.  While it’s not a fit for my overly aggressive swing, there are plenty of players who will benefit from the lighter weight and more active feel.