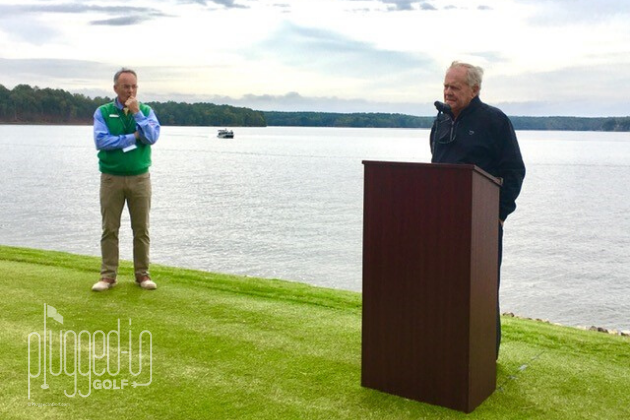 Greensboro, Georgia – Sitting on the 18th tee box at Great Waters course at Reynolds overlooking Lake Oconee was a podium stand reserved for the man himself – Mr. Jack Nicklaus.  Jack was right on time for his press conference for the grand re-opening of his golf course in October.  After making his way around the newly finished track with his wife Barbara by his side, he was pleased with what he saw.  His lead designer Chad Goetz oversaw most of the project and gave Mr. Nicklaus the tour on a golf cart.  “This was a wonderful opportunity to work on a spectacular golf course on a spectacular piece of property” Jack said about the renovation. 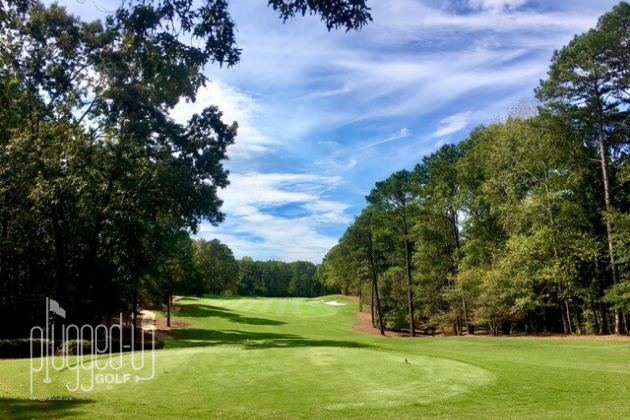 Jack had flown in on the morning of the ceremony direct to Greensboro from Canada on his private jet just for the grand re-opening.  Although an extremely busy man with more obligations and requests than most of us will ever experience in a lifetime, Jack spent his time happily answering questions about his latest project.  The golf course, which originally opened in 1992 and designed by Nicklaus, is one of 5 public golf courses at Reynolds Lake Oconee.  Great Waters had always been a premier course at Reynolds, but renovating it was an investment that the owners and Reynolds saw as a necessary step to continually be one of the top golf destinations in the country. 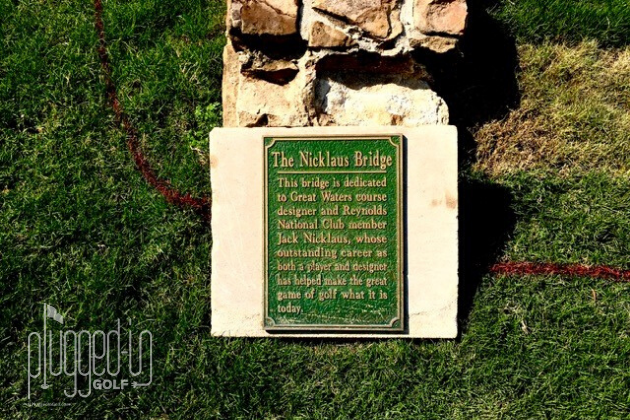 In speaking with the club members and staff of Great Waters, its obvious they hold such respect for what Mr. Nicklaus has done with the golf course, both pre- and post-renovation. The bridge and plaque near the green on Hole #5 is a testament to that. 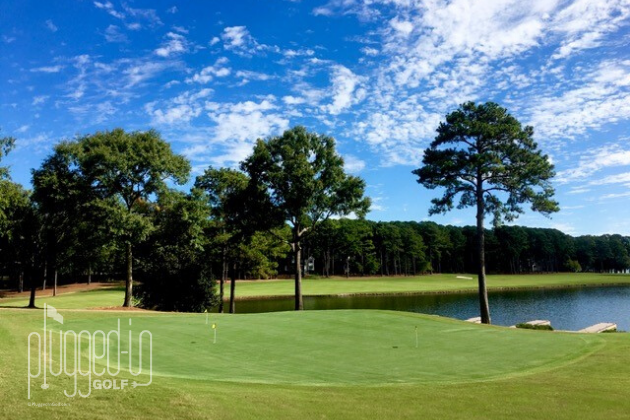 Why the need for such renovations?  Well Jack said it best; “As golf courses get older, the irrigation systems wear out, the grass gets contaminated, greens deteriorate and bunkers need to be re-worked.”  In addition to the facelift, Jack was able to completely redesign a few of the holes.  The biggest change coming to the par-3 8th hole.  Prior to the changes, the left half of the green was blocked out by trees while certain pin placements required a draw to even get close.  Now, from the tee, there are no trees guarding the green with its defense being 3 greenside bunkers; 2 in front and 1 behind. 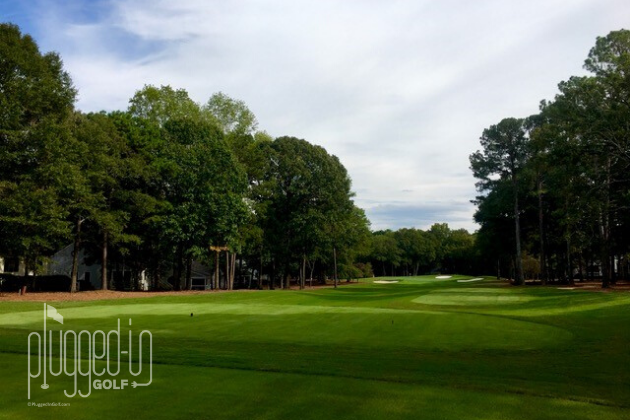 Anther major renovation to note was number 6, a par-5 that is now wider in the second landing area with a more generous greenside ridge to help kick balls short right onto the green.  The par-4 9th’s entire landing area was removed and lowered so a full landscape of the water can be seen from the tee boxes.  The 13th green was moved 15 yards towards the edge of the lake while the par-4 15th had a massive widening of its fairway and an  entirely new green complex.  Finally, the par-5 18th had its fairway raised for drainage and was shifted towards the water and bunkers added on the right side. 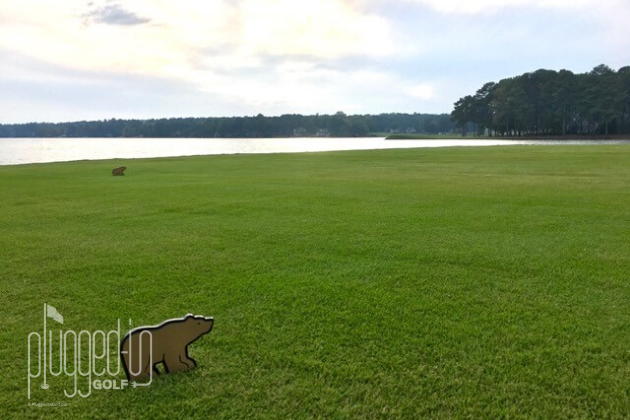 If you haven’t had a chance to visit Great Waters at Reynolds Lake Oconee, now is the time.  Winters are typically mild while the prime season comes in the spring, particularly around the Masters Tournament which is only a 90 minute drive away.