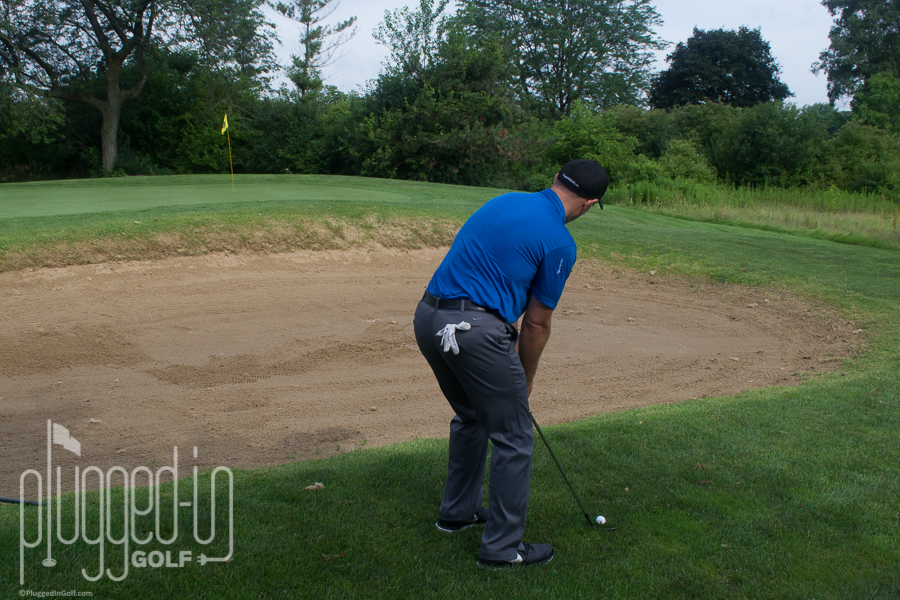 Despite our best efforts at course management, we’ve all ended up in situations like this one: needing to carry the ball a good distance and then stop it quickly.  The only way out is the flop shot – launching the ball high in the air and landing it softly on the green.  You’ve seen pros like Phil Mickelson pull this off routinely, and you can too with a couple simple tips.

You frequently find yourself short sided

You want to give yourself more options around the green

You love the glory of pulling off a hero shot 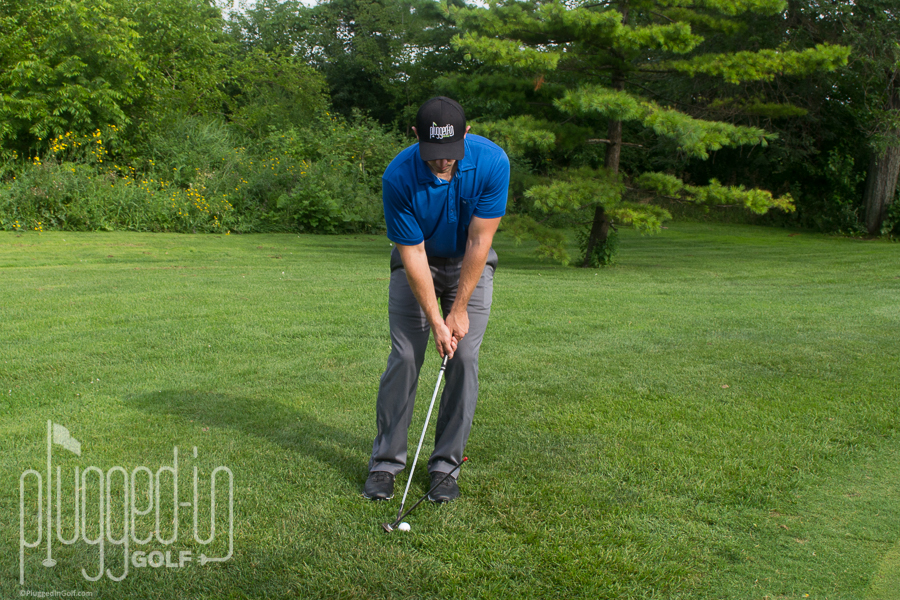 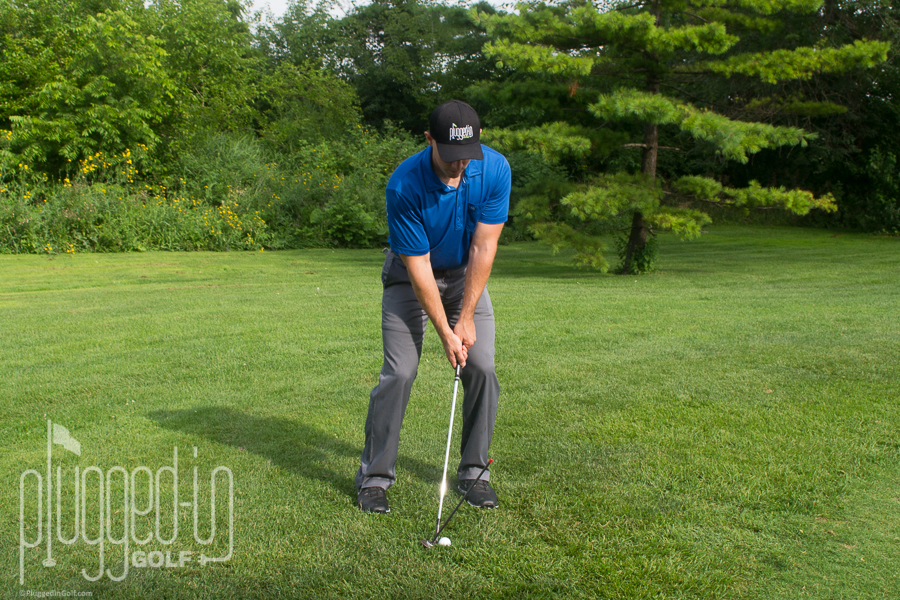 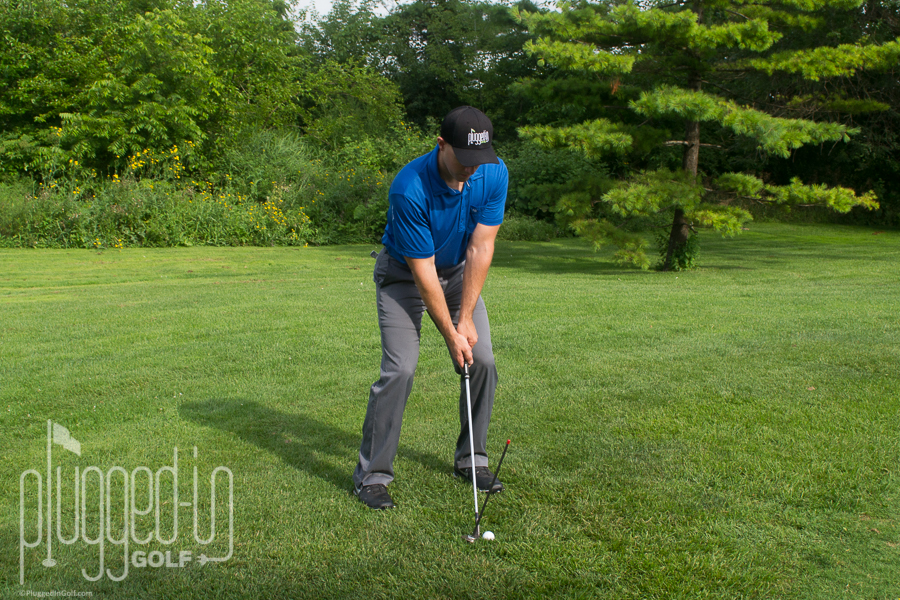 Now my stance is really open (almost 45 degrees left of the target) and you can see the effect on the club face – it’s almost pointed straight to the sky!

It’s much easier to judge your distances correctly if you set this “extra loft” at address rather than trying to “add loft” in your swing.  That said, you’ll still need to invest some practice time into figuring out how far your shots travel with various set up positions. 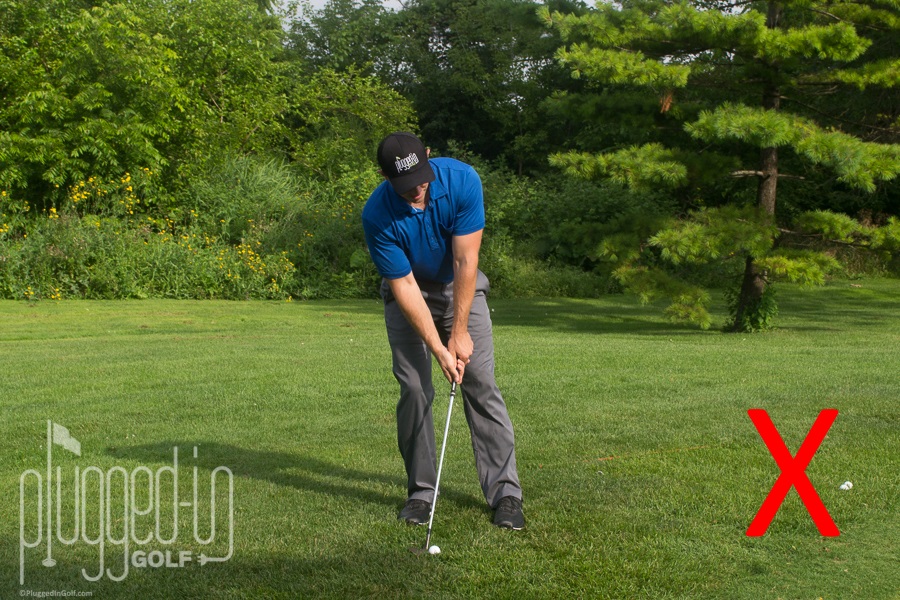 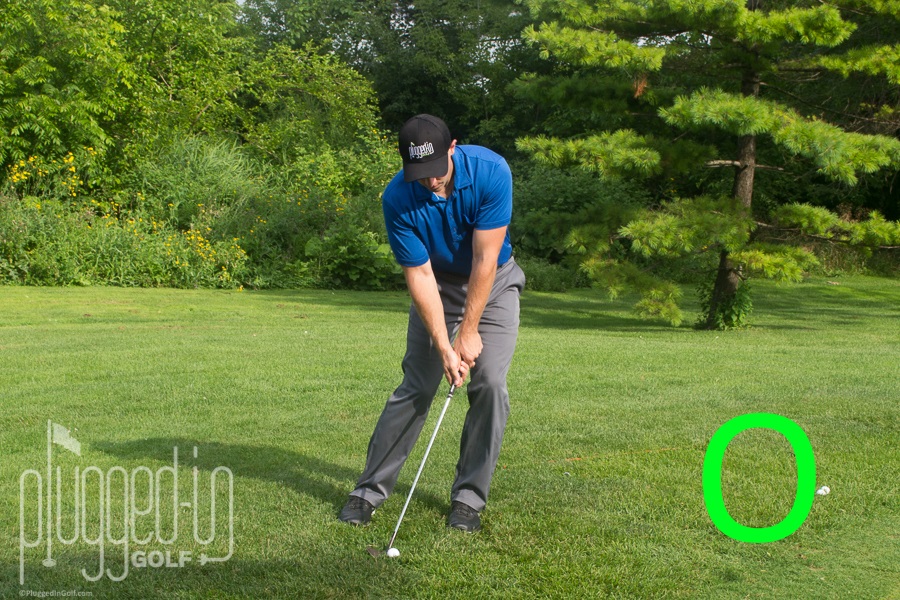 2 Keys to a Successful Flop

Once you’re set up correctly, there are two key ingredients: commitment and keeping your weight forward.

Most amateurs fail at flop shots because they aren’t committed to the shot.  Half of their brain wants to play the flop, but the other half is screaming, “NO!  DON’T DO IT!  PLAY IT SAFE!”.  When you’re not committed, all kinds of bad things can happen – you stay on your rear foot, you try to slow the club down, you pull the club up to avoid a chunk – and the result is usually a bladed shot, the worst possible outcome.  If you don’t have a great image of the shot in your head and 100% confidence, do not attempt this shot on the course.

The other key is to keep your weight forward.  Many recreational golfers fall back during the swing in an attempt to “help the ball up.”  The problem is that by trying to help the ball up, all they do is introduce the ball to the leading edge of their wedge (and possibly their playing partner’s kneecap).  Instead of falling backward, do what the pros do and move forward through the shot.  Trust that you’ve set plenty of loft at address and make a hard, aggressive swing through the ball. 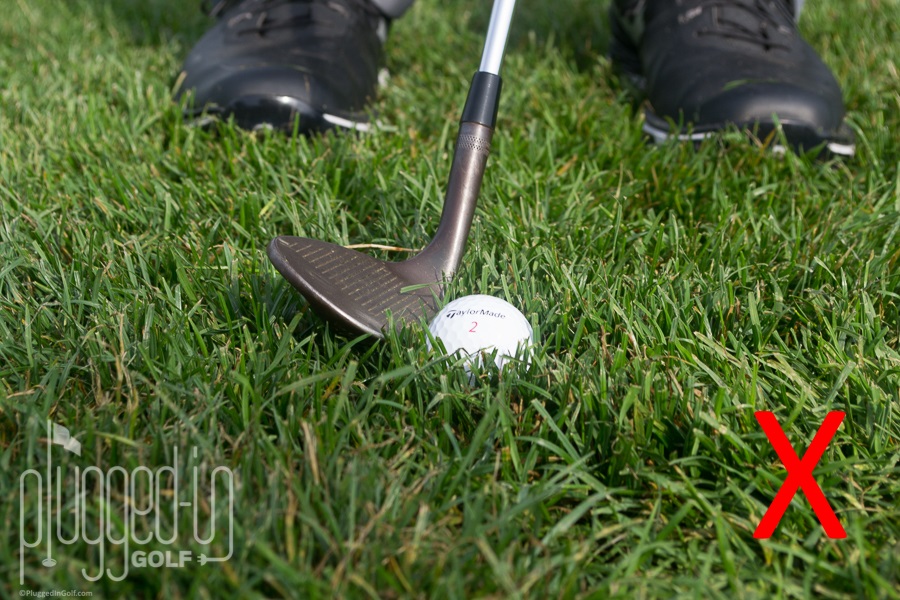 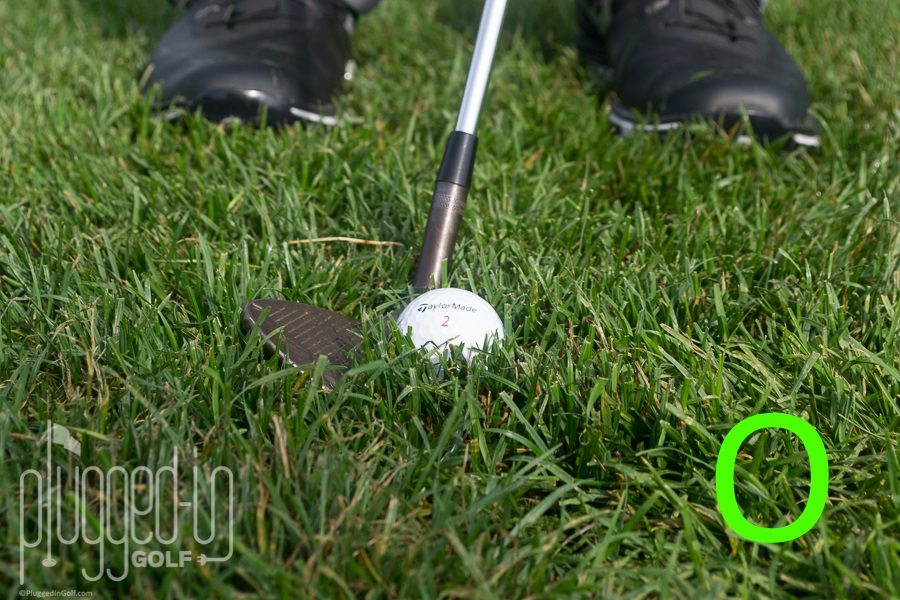 Virtually every time a pro plays a flop shot on TV, one of the announcers will tell you that they played it “just like a bunker shot.”  While there are some similarities, there’s one critical difference: a flop shot requires a precise strike.  Good players regard bunker shots as some of the easiest in the game because your contact does not need to be perfect to get a good result.  With a flop shot, however, hitting the ground a little too early can result in a chunked or bladed shot.  This should not dissuade you from playing a flop – every shot off grass requires a precise strike – but it is meant to highlight the fact that it requires practice and precision. 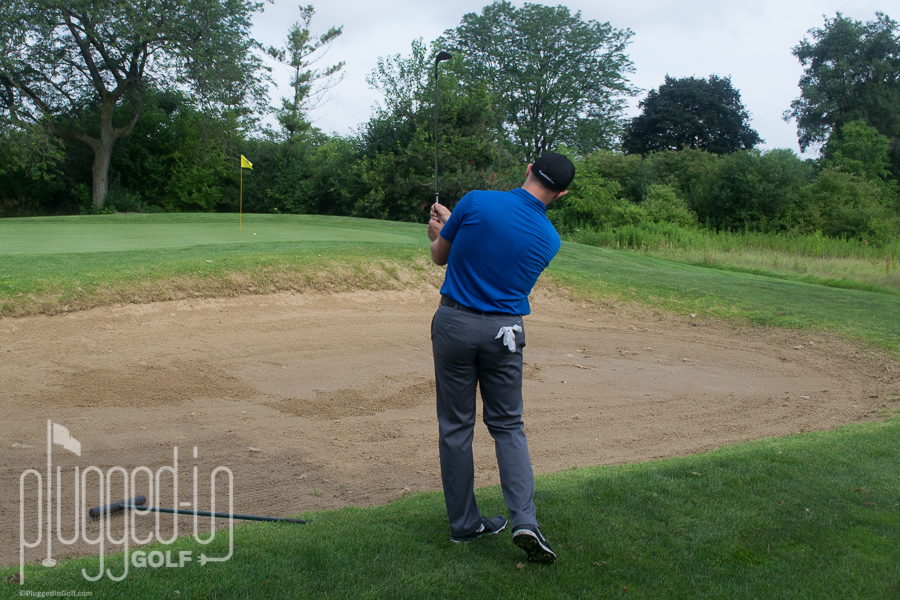 If you follow this simple recipe: set up with lots of loft, commit to the shot, and keep your weight forward, you’ll be escaping troublesome situations like a pro in no time.  Just be prepared for your friends to start asking for short game tips.

As always, if you have any questions, please post them below.