More in How to Practice: 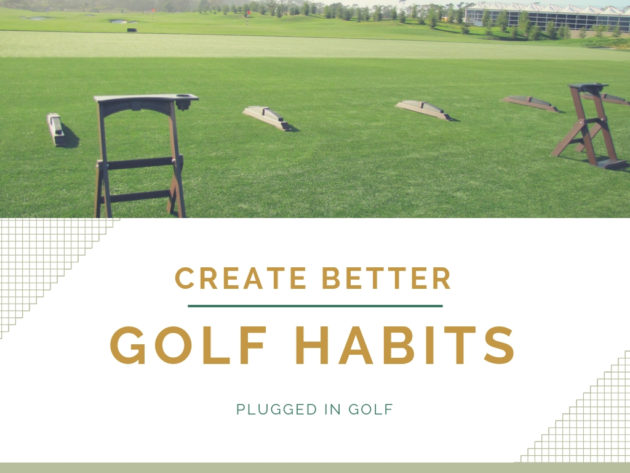 You Are What You Do

I recently read the book Atomic Habits by James Clear.  It’s an impressive distillation of the science of habit change that I would strongly recommend reading.  In this lesson, I’m going to apply some of the teachings of the book to making you a better golfer.

Decide that you will hit five putts on your carpet every evening.  Make three slow motion air swings.  Making the habit small gives you a better chance of doing it. 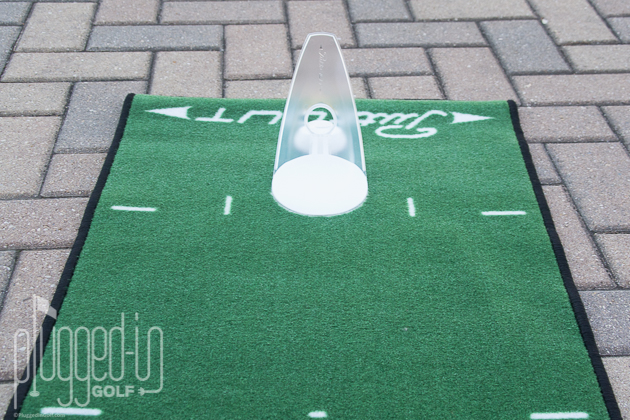 One of the keys to creating a good habit is setting up cues.  To be effective, the cues need to be specific, “I will ____ at (time) in (location).”  You can also set up your environment to provide additional cues and make practicing easier.

Here’s an example: set up a putting mat in your office with a putter and a golf ball.  Decide that your cue will be, “I will hit 3 putts before I check my email in my office.”  Now you have a clear cue and an environment set up to help you follow through on the good practice habit.

Stack a new, desired habit on top of an existing habit.

You can use any existing habit as the “base.”  It could be eating dinner.  After dinner, you practice your takeaway for two minutes.  After some repetition, the takeaways will become as ingrained as eating. 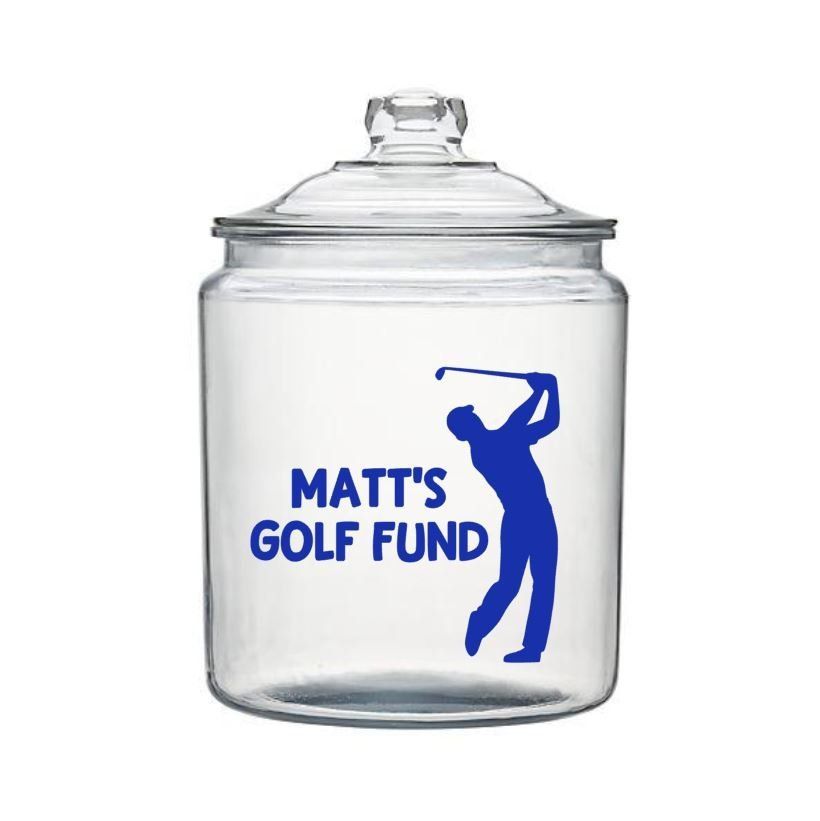 You will have a better chance of creating a habit if it’s associated with positive feelings, so give yourself a small reward.  After every time that you hit ten chips in your basement, put a quarter into a bucket marked, “New Driver Fund.”  When you’re done with your stretching routine, take a few minutes to watch Tiger highlights on YouTube.

Accountability can be done solo or with friends.  If you’re going alone, create a practice log.  I discuss one type of practice log HERE, but you could opt for something more in-depth if you prefer.

If you have friends who are also trying to improve their habits, make an accountability bet.  Whoever falls off the practice wagon has to pay the green fees when you play next.  Whoever logs more hours in the gym gets a box of balls from the loser.  Keep it friendly, but make it something that will push you to stay on track. 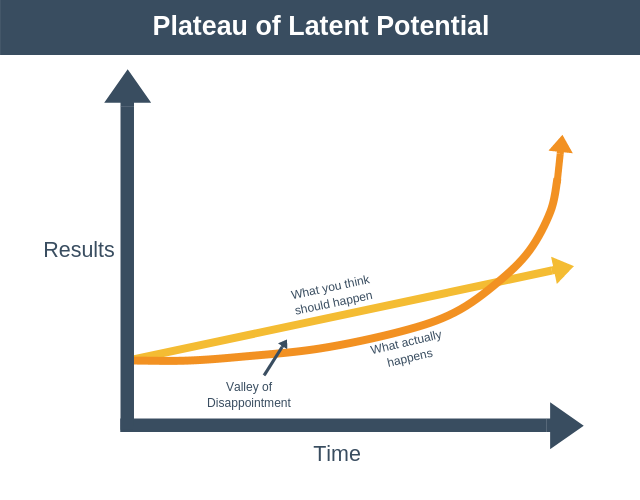 The single most important thing in Atomic Habits is the graph above.  This shows clearly the thing that anyone who has gotten good at anything knows: it takes time.

You are not going to become a great putter after two sessions.  Your driver is not going to straighten itself out after one week on the range.  Six pack abs do not reveal themselves after three sets of sit-ups.

If you can stick it out and keep practicing, even though you aren’t seeing obvious results, you are setting yourself up for explosive improvement.  One day, you will be on the putting green, and you will see the results.  Others may think that you woke up a better putter, but you will know that it’s the payoff from days and weeks and months of positive habits.