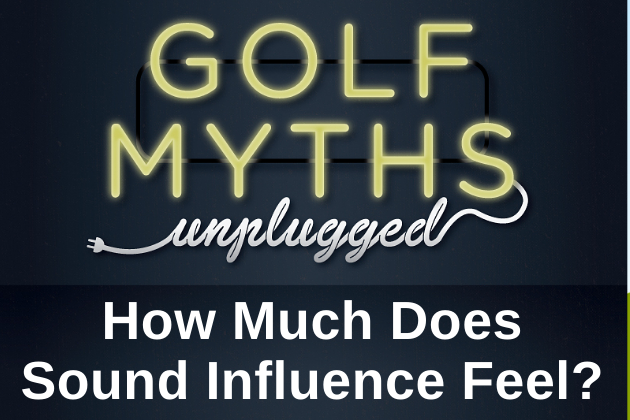 Are Sound & Feel the Same Thing?

A favorite adage among some fitters is, “Sound is feel.”  This seems to have a hint of truth to it, so many golfers accept it.  But rather than accept it, we decided to test it.  Read on to find out the surprising ways in which sound influences feel.

For this test, we gathered a group of six golfers and five Anser-style putters.  The golfers were all experienced players, well versed in equipment.  The putters covered a wide range of head materials, milling patterns, and inserts.

Every player started by hitting five putts with each of the five putters while wearing soundproof headphones.  After hitting each putter, they reported how the putter felt, rating it from 1 (very hard) to 10 (very soft).  This process was repeated with the headphones removed.  The order of the putters was varied each time. 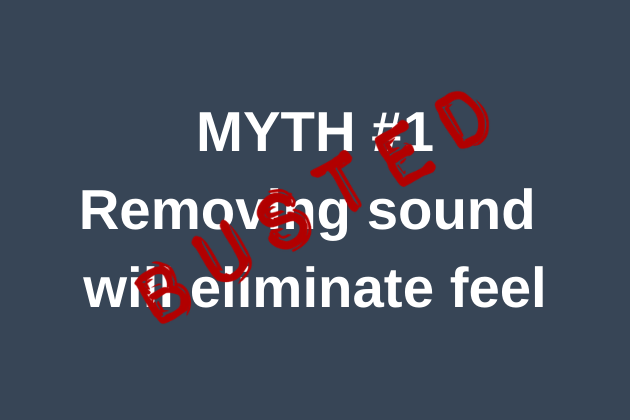 If “sound is feel” were true, that would mean that removing the sound removes feel.  We found that was not the case.  Every one of our testers, despite being unable to hear impact, was able to judge the differences between the five putters that they tested. 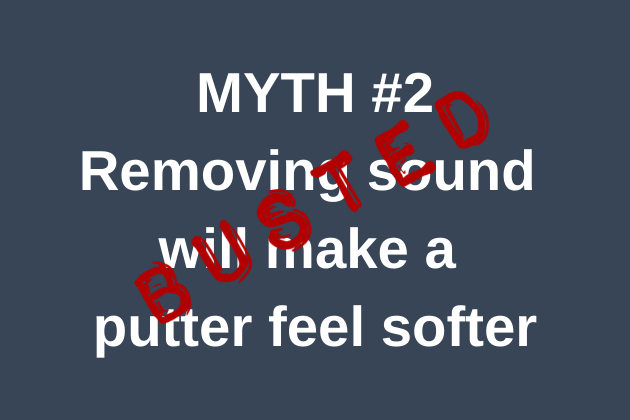 Once we found that golfers were able to distinguish between putters even without sound, we were interested to see if sound had a universal effect on feel – softer or harder.  Our results showed that adding sound did not consistently make the putters feel softer or harder.  In a small handful of instances, the putter was rated the same with and without sound.  The rest of the cases were split nearly in half – sometimes putters were deemed softer with sound, sometimes they were judged as being harder. 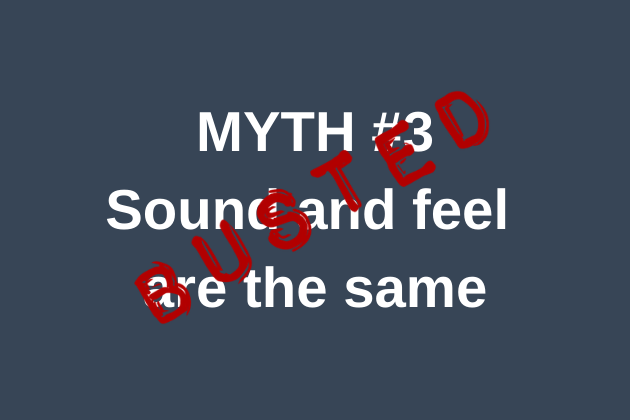 The answer to this myth follows logically from the one above, but we found it so interesting that it was worth stating on its own.  Our testers found that feel and sound were independent of each other.  In other words, some putters felt soft and sounded hard.  Other putters felt hard and sounded soft.  And, of course, some putters had sound and feel that “matched.”

It’s also worth noting that the sound tended to be the dominant element.  If a putter sounded hard, it was usually rated hard even if the tester recognized that the feel was soft.

While this edition of Golf Myths Unplugged doesn’t have a massive, handicap-shattering takeaway, it has changed how I test equipment.  Until now, I’ve always looked at sound and feel as two sides of the same coin.  This has made me aware of how the two can operate independently and how each influences my perception of equipment.  I hope it’s given you a couple thoughts to chew on and, perhaps, a new lens through which you can examine your gear.