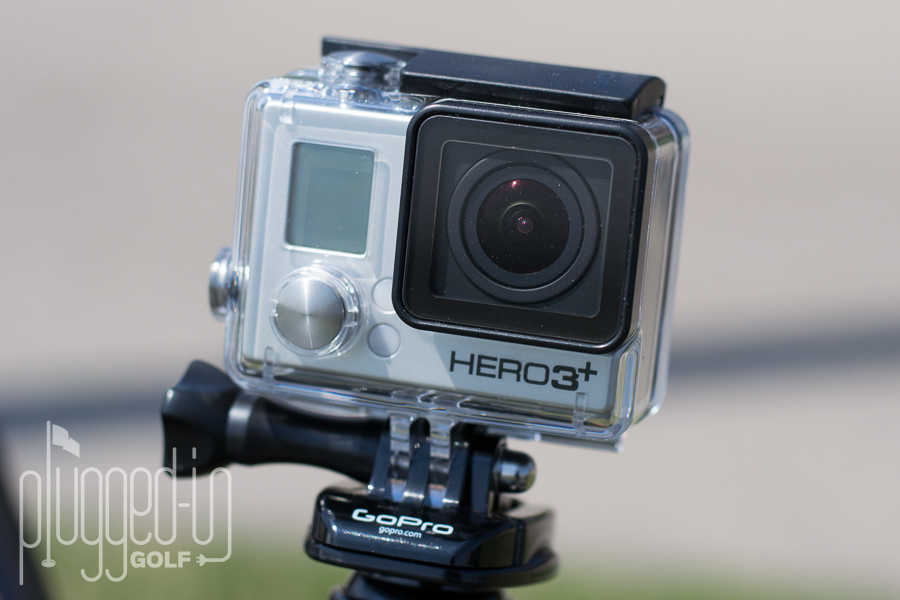 Buy it for fun and use it as a training aid as a bonus, or vice versa.  The best easy-to-use, affordable camera for filming your swing.

“Why in the world is PluggedInGolf, the world’s greatest golf website, reviewing the GoPro HERO+ Black Edition?”

The answer: because in addition to it being super fun, it’s a great tool for improving your swing.  Let me explain… 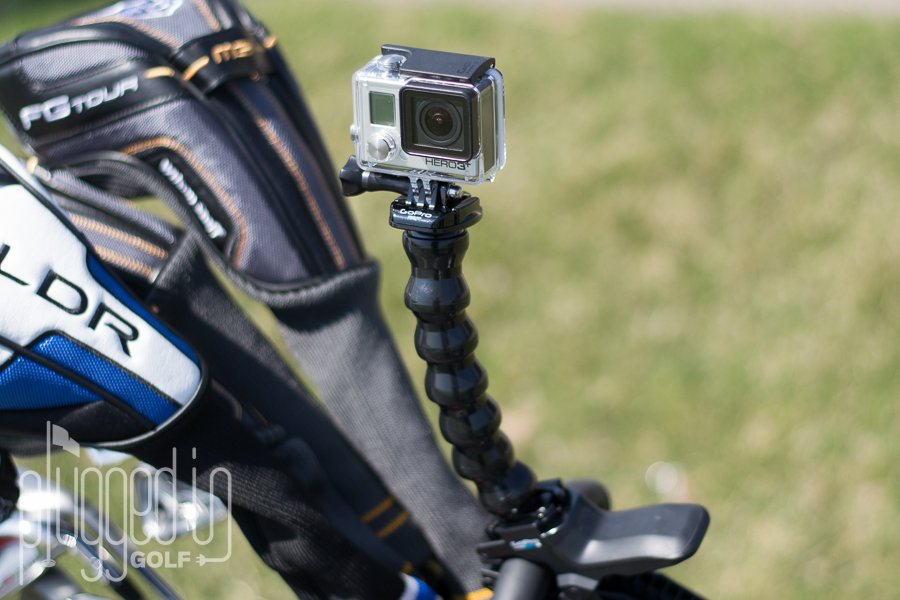 I’ve had the chance to use a couple of “action cameras” that claimed to be easy to use, and they were anything but.  One even had the gall to claim that it was good for golf instruction.  Yes, if your students like watching you battle terrible connections and awful controls, it’s awesome.

The GoPro actually is easy to use.  There are two buttons on the camera itself and their functions are very intuitive.  Better still, you can hook up the GoPro to your smart phone or tablet via the free GoPro app and control it that way.  The connection is nearly real time, which allows you to set up your viewing angle perfectly.

It’s also worth noting that the variety of GoPro mounts makes using GoPro easier.  With most cameras, you’re required to bring a tripod.  That means one additional piece of gear to lug to the course and one additional excuse not to do it.  While you can use GoPro with a tripod, I prefer the Jaws Flex Clamp (shown above) which attaches easily to my bag and can be stored in the bag when I’m not using it.  Since it’s always in the bag, there’s no excuse to not use it.

Now, if you don’t think I can hear you, you’re wrong.  “Matt, I can use my phone for video and that’s super easy.”  Stop it.  Stop it right now and read the next section. 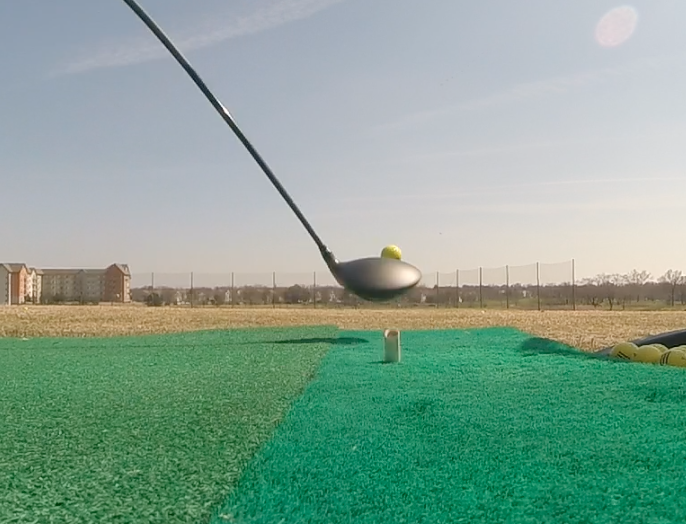 The video on your phone is TERRIBLE.  That’s right: bold, capitalized, underlined TERRIBLE.  I don’t care what goofy line drawing app you downloaded, the video sucks and is worthless.  The frame rate is too low and the picture quality is miserable.  The only thing that video is doing is giving you stupid notions that you’re bending the shaft like you’re the Incredible Hulk…which you’re not.

The GoPro, on the other hand, shoots high def video at 120 frames per second (or non-HD at 240 fps).  That’s video that you can actually learn from, with beautiful clarity so that you can really see what you’re doing. 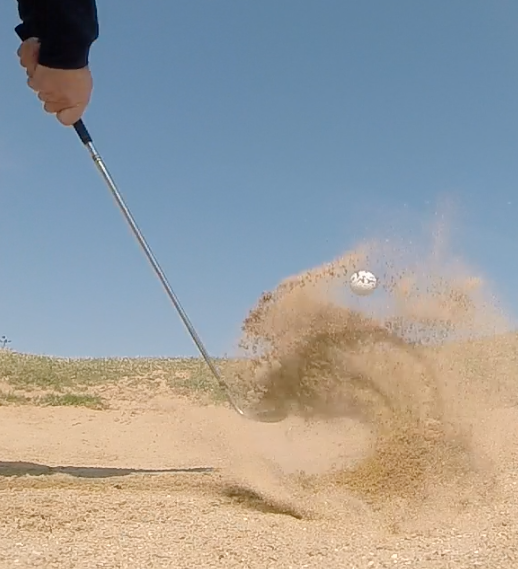 This is where GoPro separates itself from, well, every other camera.  With a wide variety of mounts and durable construction, the GoPro can go places and capture images that other cameras can’t.  Throw GoPro in the bunker.  Attach it to the cart to film your whole round.  Or, if you’re Hashtag Chad, you can put your GoPro on a drone and shoot pictures of Ryo Ishikawa’s golf swing.  The possibilities are nearly endless. 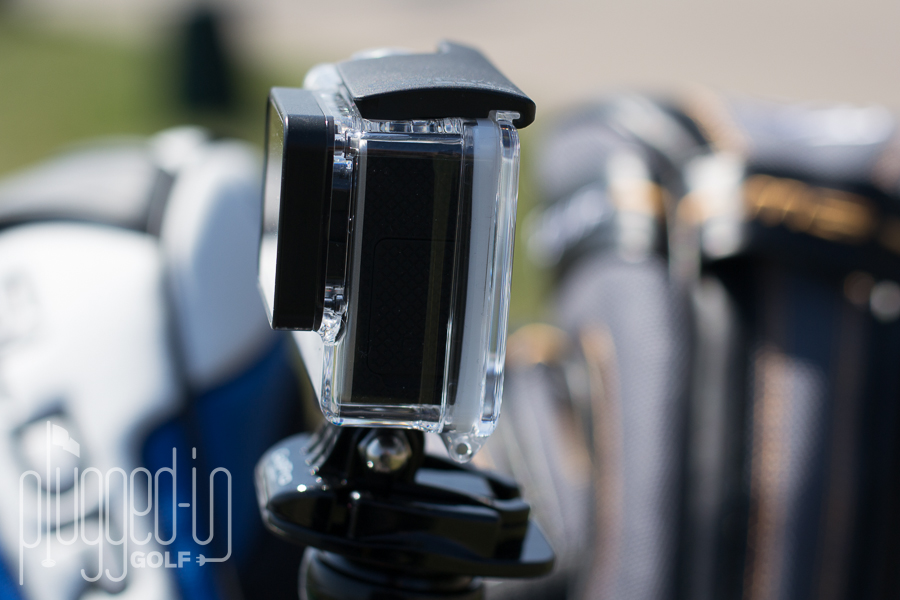 The GoPro HERO3+ Black that we reviewed currently retails for $399.  There is also the Silver Edition for $299 or the White Edition for $199.  Essentially, as you move up the ladder the camera gets smaller and more powerful (you can get all the specs at GoPro.com). 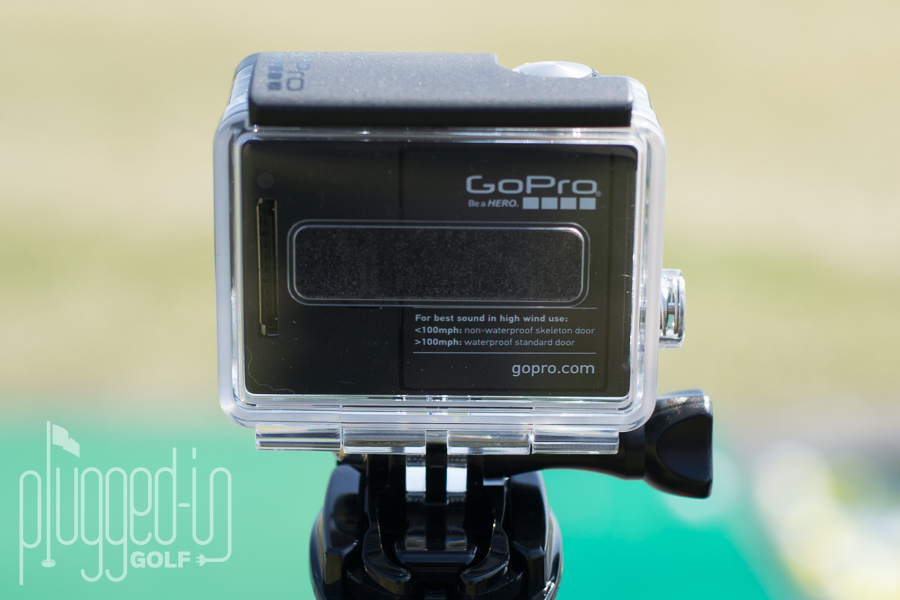 The GoPro is an awesome video solution for average golfers and golf instructors that strikes a perfect balance between value and quality.  It delivers on the promise of being easy to use without compromising video quality.  Additionally, it allows golfers to take awesome action shots and videos of their golf, family, or any other interest they may have.

You can expect to see GoPro content featured heavily on the PluggedInGolf YouTube Channel in the near future. 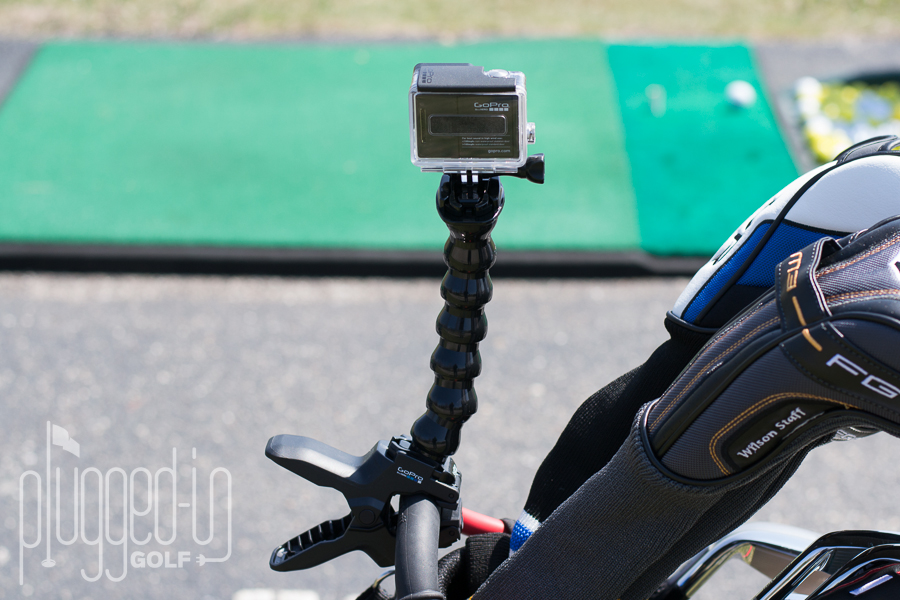 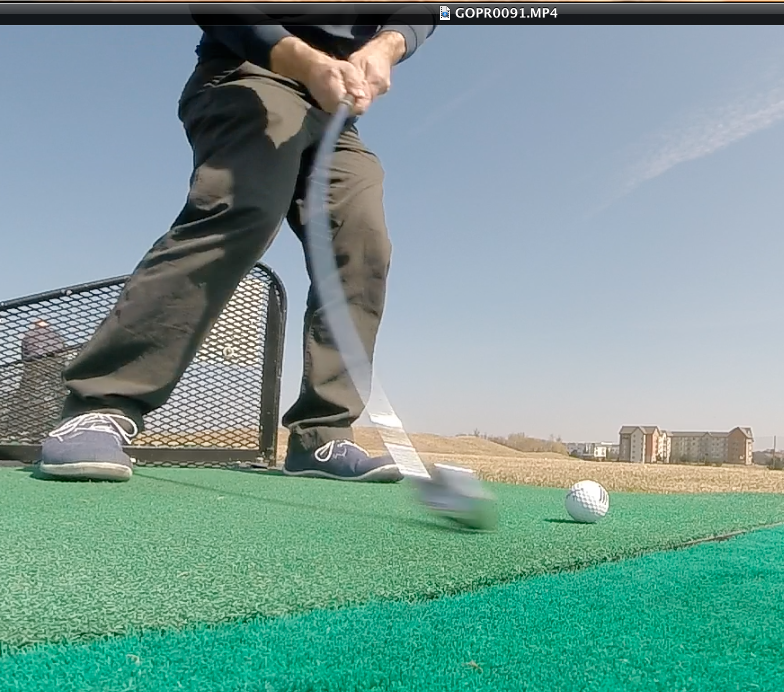 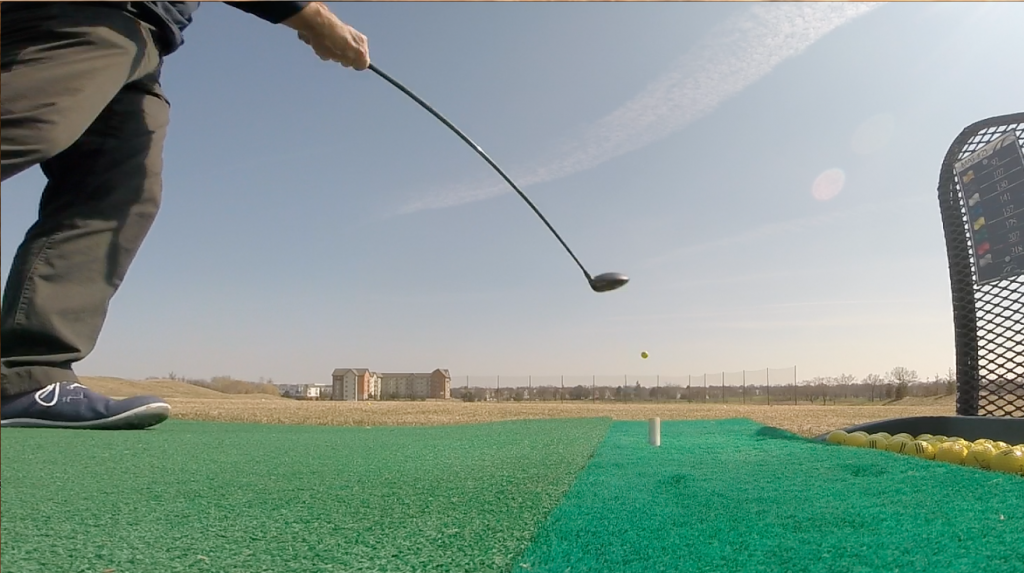