(STAMFORD, CT) – Arccos – maker of Golf’s #1 Performance Tracker – announces its second-generation system, Arccos 360, will debut at retailers nationwide in early November and be available for pre-sale starting today at arccosgolf.com.

Boasting low-profile sensors that are more than 50% smaller and lighter than the original Arccos system, Arccos 360 ($249.99) also showcases a powerful new shot detection algorithm that increases accuracy and virtually eliminates the need for editing. Additional features include:

“Our in-house teams of hardware and software engineers have achieved a series of technological breakthroughs that allow us to yet again provide users with a next-level performance tracking platform,” says Sal Syed, Arccos CEO and Co-Founder. “The combination of Live Shot Tracking, GPS 2.0 and Tour Analytics helps any player, regardless of skill level, unlock their personal performance data to lower scores and have more fun.”

Arccos 360 consists of 14 ultralight sensors that easily attach to the club grip and communicate with a free app for iOS and Android devices. The system seamlessly records every shot a golfer makes, analyzes the data in real time and reveals strengths and weaknesses to enhance on-course decision-making. Unlike competing products, it requires no tagging, tapping or other annoying disruptions to a player’s routine.

Widely heralded as one of the game’s most powerful technology platforms, Arccos delivers data on distances hit, club averages, driving accuracy, greens in regulation, sand saves, putts and more. By accessing the Tour Analytics web dashboard, Arccos users and their instructors can gain valuable insights via deep dives into stats, playing patterns and rich data comparison for every club, shot, hole and round.

Developed in conjunction with golf’s most renowned statistician, Peter Sanders, Tour Analytics draws from his work with PGA Tour star Zach Johnson and many others. It breaks down a players’ handicap into five key components – driving, approach, chipping, sand game and putting – helping golfers:

• Understand exactly how each part of their game contributes to scoring
• Compare data in each of the five components with golfers of similar handicaps
• Evaluate patterns across their entire golf history, supporting refinement of on-course tactics

The Arccos product portfolio also include Arccos Driver ($79.99), a single-sensor solution that delivers live data for tee shot distances, fairways hit and more. It functions by automatically detecting each drive, then using a player’s smart phone to record second shot position. Other features include the King of the Hole game, which turns any par 4 or par 5 into a virtual long drive competition. 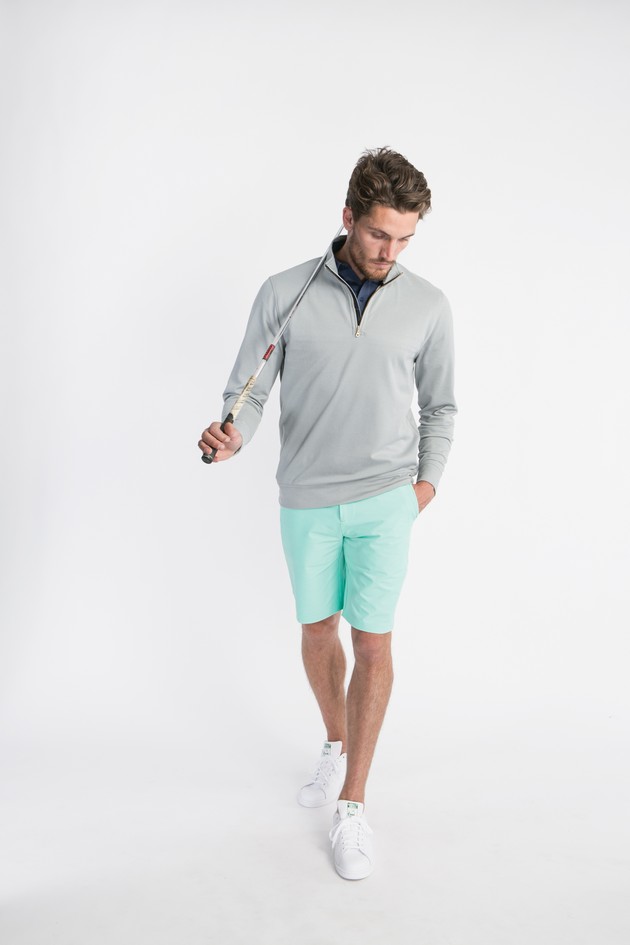 SCOTTSDALE, AZ. – Devereux, an innovator in properly styled men’s resort and golf clothing founded by brothers Robert and Will Brunner, recently unveiled its Americana Collection layering items for Fall 2016. Americana features an array of sweaters and ¼ zip pullovers that offer a sophisticated and stylish solution for beating the chill.

Complementing the classically cool tops of the Americana collection, Creative Director Robert Brunner, designed the new layering items in a quartet of trendy looks and rich colorways that provide a stylish contrast to the softer color palette found in the tops and bottoms in the Fall portfolio.
“Designing layering items for resort-inspired looks was a fun challenge for me, because I had to come up with pieces that work with a pair of shorts for a hot look on a boat, but still offer something stylish and practical enough for a weekend at a ski lodge,” said Robert Brunner, Creative Director and Co-Founder – Devereux. “In addition to the classic layering hues of blacks and greys that are quite versatile, we added in pieces with pops of color and subtle design nuances that really make this collection one that stands out from the crowd. There truly is a sweater for every resort occasion you can think of from a cool dewy morning on the Gulf Coast to a Pacific Northwest mountain cabin getaway.”

Collin Crewneck Sweater ($120)
• Constructed from 100% luxurious Pima Cotton, this Lux Knit is a lightweight, two-toned, rolled crewneck sweater for stylish men. It is finished with raw seams and ribbed side vents to provide for an excellent fit. The Collin is the perfect casual layering piece for a day at the resort. Available in Navy and Victory Red colorways.

Edison Shawl ($180)
• The Edison Shawl is made of 100% fine Pima Cotton and provides its wearer with a contemporary shawl look with contrasting color for a cool heather visual effect. For added style and maximum comfort, the Edison offers a ribbed cuff, hem and neck. Available in Caviar and Mojave colorways.

James Pullover ($100)
• Crafted from a 95% Polyester/ 5% Spandex blend, the James is a performance ¼ zip pullover that is engineered to maintain comfortable body temperature on cool days. The James is enhanced with a sueded hand feel and camo placket to help you stay comfortable and stylish when layering. Available in Graphite, Navy and Steel colorways.

Preston Pullover: ($185)
• The Preston is a luxurious, mid-weight ¼ zip made from 100% fine Pima Cotton. It showcases sophisticated elements with a diamond-knit pattern, Horn buttons enclosure and faux suede detail – making it a stylish statement piece. Available in silver.

Devereux apparel is crafted for resort lovers and golf enthusiasts, and features an array of polo shirts, pants, shorts, various luxurious layering items and headwear that is designed to seamlessly transition from the course to the street. For more information on Devereux’s entire selection of proper threads, visit dvrxthreads.com. 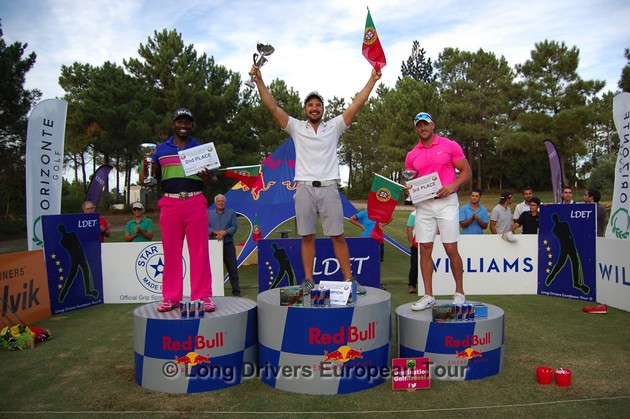 The Serbian Djurdjevic surprises and wins in Portugal

QUINTA DO CONDE (PORTUGAL). – Ilija Djurdjevic, the Serbian player of the circuit, won the ninth tournament of the Long Drivers European Tour after winning the final of the Portugal Championship against Maurice Allen in two clear sets with two shots of 328 and 330 yards. Allen loses thus his second consecutive final, but he achieves the top of the ranking as the Swedish Emil Rosberg also fallen into Quarters against Djurdjevic. The tournament was held for the first time in Portugal at Golf & Country Club Quinta do Peru, just 30 minutes far from Lisbon.

Portugal spectators witnessed how another rookie of the circuit, Ilija Djurdjevic, passed over Maurice Allen in a LDET final. Allen –who was leaving a knee injury– did not do his best and had the two sets OB in the final. At least, he took revenge against Brad Pearmain –who won him in Italy’s final– by beating him in the semi-finals. Instead, Djurdjevic played a very well throughout the tournament and left behind other big names of the Tour like Tanguy Marionex (BEL), the same Emil Rosberg (SWE) and the Swiss Mauro Benaglio.

After the ninth event of the season, the LDET Tour says goodbye to Europe and will travel to New Zealand to celebrate the Gran Finale. Finally, the top eight players are: Maurice Allen (5,400 points), Emil Rosberg (5000), Mauro Benaglio (4,300), Teemu Pitkänen (4,300), Timo Petrasch (3500), Tanguy Marionex (3400), Bob Boef ( 2500) and Ilija Djurdjevic (2500). The Road to New Zealand will decide the European Long Drive Champion. The championship will take place at Remuera Golf Club in Auckland next 5th and 6th November.