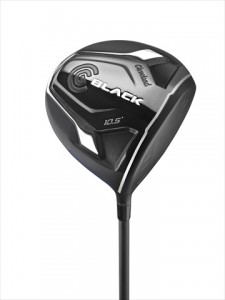 HUNTINGTON BEACH, CA – October 30, 2014 – Cleveland® Golf is pleased to announce the introduction of their latest CG Black™ line of woods and irons designed specifically for seniors, women and players with slower swing speeds. The CG Black line is currently available for pre-order with in-store availability beginning on November 7, 2014.

The evolution of the CG Black line started with understanding that the average golfer swings their clubs at least 15 mph slower than professional golfers. Cleveland Golf developed key technologies targeted toward golfer’s swing and ball-flight inefficiencies then incorporated them into the CG Black family to optimize performance. Cleveland Golf engineered the CG Black line to make slower swing speed golfers, seniors and female golfers more efficient, focusing on the many factors which inhibit from hitting the ball farther and maximizing their potential. The incorporation of Speed Innovation into the CG Black family of woods has made them lighter, longer and faster than ever before. For more information on the full line of CG Black woods and irons, please click on the following link: CG Black Line

The CG Black drivers are the lightest drivers on the market, which helps increase club head and ball speed for increased distance. The CG Black drivers provide the longest carry of drivers tested, allowing players to hit shorter clubs into greens to shoot lower scores. Available in lofts of 9°, 10.5° and 12°, the men’s model comes standard with a Mitsubishi® Bassara E45 graphite shaft, while the women’s model, available in lofts of 10.5° and 12°, comes standard with a Mitsubishi Bassara E-Series graphite shaft. Both the men’s and women’s model will carry a minimum advertised price (MAP) of $349.99. For more information on the CG Black drivers, please click on the following link: CG Black Drivers

The CG Black hybrids utilize lower swing MOI and lower CG to increase launch angle and carry for seniors and women. The CG Black hybrids are available with Cleveland Golf’s widest selection of loft options ever (17°, 19°, 21°, 23° and 25°), which allows slower swing speed players more options to replace difficult to hit long irons. The men’s CG Black hybrids comes standard with a Mitsubishi Bassara E55 graphite shaft and the women’s model (available in lofts of 19°, 21°, 24° and 27°) comes standard with a Mitsubishi Bassara E-Series graphite shaft. Both the men’s and women’s model will carry a MAP of $169.99. For more information on the CG Black hybrids, please click on the following link: CG Black Hybrids

SAN FRANCISCO – (October 29, 2014) – GAME GOLF, the first wearable device that automatically tracks and graphically displays a golfer’s round and valuable statistics, announced today a series of revolutionary features that will create an all-new user experience on its web platform and through the GAME GOLF mobile apps on iOS and Android.

GAME GOLF, available for both Android and iOS mobile devices, is dedicated to bringing innovative ways that connect golfers to their game, PGA Professionals and their friends through wearable technology. The updates were implemented based on feedback by GAME GOLF users who have logged more than 126,000 rounds on the platform in 79 countries worldwide since the product became available just eight months ago.

“We are dedicated to improving the GAME GOLF platform through user feedback and offering a state-of-the-art wearable technology at an attractive price point that fits every golfer’s budget,” said James Wang, GAME GOLF Vice President of Product. “We are inspiring golfers to play more golf and to use personal performance data for game improvement and deeper enjoyment of the game of golf.”

· Smart Shot Detection: A new built-in algorithm automatically detects all shots from tee to green, so even if the player forgets to tag a shot, GAME GOLF captures the location of the shot and notifies the user during game review.

· Round Privacy: With the new Round Privacy feature, a player can hide as many rounds as they like. All rounds signed as private can still be included in that user’s overall performance.

· Mobile Challenges: GAME GOLF Challenges allow users to join or create community or private challenges in longest drive, GIR, putts and other statistics with friends and family members on the platform. Now golfers can create and join challenges on the go through their iOS and Android mobile apps, allowing for more social banter and competition on the GAME Platform.

GAME GOLF was specifically designed with an easy-to-adapt trigger to emphasis pre-shot routine focus for golfers. GAME GOLF is permitted under the Rules of Golf and is approved by the USGA and R&A to be used during tournament play.

“We wanted golf’s first wearable technology to be used in tournament play where serious golfers can evaluate their performance variation from competitive to casual rounds,” said John McGuire CEO. “GAME GOLF was created to seamlessly capture a golfer’s round without interrupting or slowing down the game. The tagging action of our system easily integrates into a golfers’ pre-shot routine. Golfers using GAME GOLF are using ‘tagging’ in the same way many professional athletes use anchoring. It’s a performance trigger that helps them clear their mind and focus on executing the shot.”

GAME GOLF consists of a small, lightweight device worn on the player’s waist and individual feather-light sensor tags that attach to the top of the grip on each club. Weatherproof and temper-proof, the durable club sensors pair easily with the waist-worn device with a simple tap and GAME GOLF automatically records the course, location on the hole, club used, club distance, and accuracy without interrupting the flow of the game, carrying smartphones in your pockets, or draining batteries mid-course. Players can view their rounds, get all their stats automatically generated, create and join challenges, see individual course strategies, and share their game experiences via Facebook, Twitter, email and more. 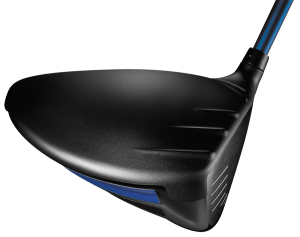 PHOENIX: (Oct. 30, 2014) – In only its second month on the market, the PING G30 driver achieved the #1 sales position for units and dollars in the on- and off-course retail channels combined for the month of September in the United States and the United Kingdom, according to Golf Datatech LLC, which tracks golf equipment sell-thru data for both regions.

The driver, which features an industry-first innovation called Turbulator Technology on the club’s crown, was introduced to golfers on July 31. Since its launch, demand for the driver has reached unprecedented levels for the company throughout the world as golfers realize increased clubhead and ball speeds, leading to more distance. The G30 driver also features the highest MOI of any PING driver ever designed to ensure golfers the accuracy and consistency to hit more fairways.

“The response to the G30 driver has been phenomenal,” said John A. Solheim, PING Chairman & CEO. “Our engineering team has created a club that is impacting the driver business unlike anything we’ve seen. Golfers all over the world are hitting the ball farther than ever with the G30 driver, thanks to Turbulator Technology.”

Tour acceptance has also been swift, with the majority of PING’s staff converting to the new G30 driver immediately. Angel Cabrera won The Greenbrier Classic the first week the driver was on the PGA Tour. Bubba Watson also put the G30 driver in his bag that same week. He finished the PGA Tour season No. 1 in driving distance with an average of 314.3 yards, including launching the longest drive of the season – 424 yards – at the Bridgestone Invitational. He increased his clubhead speed by 2 mph and ball speed by 4 mph – leading to a 10-yard distance gain during testing.

Billy Horschel’s switch to the new driver gained him 12 yards off the tee and played a big role in helping him win the FedExCup. After putting the G30 driver in his bag, he won twice, finished second and earned more than $13.4 million.

“All golfers are benefitting from the technology of the G30 driver,” Solheim said. “The tour results speak for themselves, but we’re hearing every day from golfers of all skill levels who are commenting on how the driver has changed their games. They love the turbulators.”