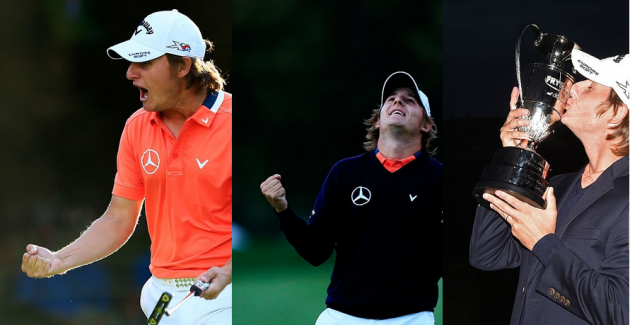 Emiliano Grillo of Agentina snatched a life-changing maiden PGA Tour title after beating Kevin Na at the second play-off hole to win the Frys.com Open in California.  Grillo was sporting a very modern look on Sunday wearing Callaway’s Jersey Contrast Collar Polo in Emberglow and the Technical Trouser in Bright White from the European X Range.  As the temperature began to drop, Grillo slipped on Callaway’s Merino High V Neck Sweater in Peacoat.  Grillo, 23, was tied with America’s Kevin Na on 15 under after a three-under 69 in his final round and won at the second extra hole with a birdie.  Callaway’s Apparel Ambassador only earned his tour card two weeks ago by winning the second-tier Web.com Tour Championship and now has a place in the first major of 2016.  You will also see Emiliano playing at the PGA Championship and the Players Championship. www.callawayapparel.com 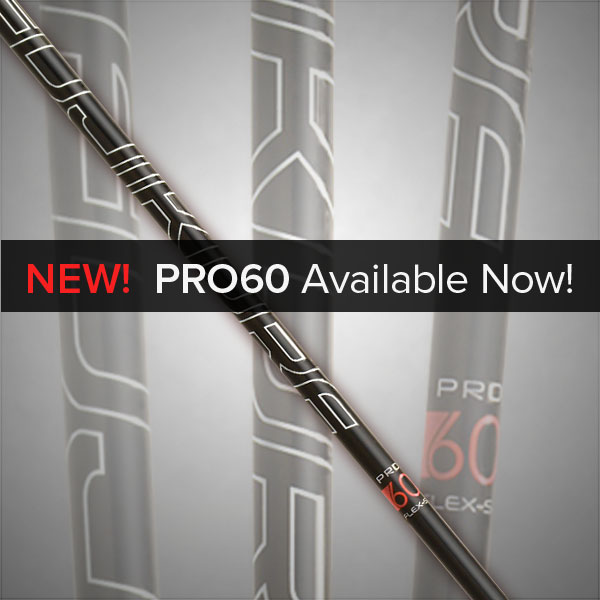 Vista, Calif. –  Fujikura Golf, recognized for developing and manufacturing the World’s Best Performance Golf Shafts, is pleased to announce that the company has added a new shaft model to the widely popular PRO Shaft Series – the PRO60 Shaft.

The Fujikura PRO60 Shaft is the latest addition to the Fujikura PRO Series, a tour proven line of shafts played by dozens of PGA Professionals to capture victories, Top-5 and Top-10 finishes. The Fujikura team of engineers used Fujikura’s proprietary enso® technology to develop these high performance shafts which maximize the energy transfer from the golfer to the club head at impact.

enso® technology allowed the engineers to employ different benefits to different types of golfers depending on their swing type. The Fujikura PRO 53, PRO 63, and PRO 73 are developed for golfers who want a mid-launch with low spin. The Fujikura PRO 73 Tour Spec is designed for a golfer with a stronger swing who can benefit from a low to mid launch with low spin. The new Fujikura PRO60 delivers a higher launch for a higher trajectory which results in increased ball flight and distance.

The new PRO60 is a shaft option for the new TaylorMade M1 Driver. The company required certain shaft specification to maximize the performance of their highly engineered head. The design goal was to deliver more speed, high launch, low spin and increased ball speed so the new Fujikura PRO60 was the perfect choice to meet these key characteristics.

“This collaboration with TaylorMade is a direct result from the PRO Series success on the PGA Tour as well as from Fujikura’s longtime association with the TaylorMade Tour Preferred products, added Hartgraves.

The Fujikura PRO60 as well as the entire line of the Fujikura PRO Series is manufactured with Fujikura’s proprietary H.I.T. Technology, (High Inertia Tip), with Maximum Carbon Fiber Content material and Cage construction for stability throughout the swing to provide more accurate shots. A custom bending profile creates a stiffened mid and tip section with more forgiveness in the handle section.

For more information about the PRO60, visit the company website at fujikuragolf.com.

PEORIA, AZ – The Antigua Group, Inc. – one of the nation’s leading designers and marketers of lifestyle and golf apparel under the distinguished Antigua brand – announced that its new Exceed long-sleeve polos for 2016 incorporate a UPF (Ultraviolet Protection Factor) 50 rating.

“Our long-sleeve Exceed for men and women has a UPF 50 factor,” says Ron McPherson, president and CEO of Antigua. “It’s strong protection from the sun’s harmful ultraviolet rays. These fine products are worn for protection by golfers and tennis players, as well as other outdoor enthusiasts. Sure, it’s a great golf shirt in cool to cold weather. However, it also offers excellent sun protection, as well.”