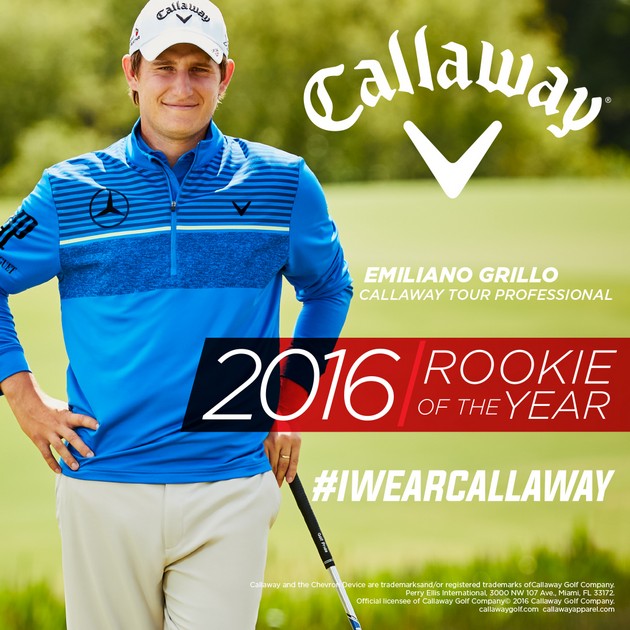 Members of the PGA TOUR have voted Callaway Apparel Ambassador, Emiliano Grillo, as the 2016 PGA TOUR Rookie of the Year. The announcement was made on the eve of the Safeway Open at Silverado Resort and Spa in Napa, California – the tournament he won last year to kick off a phenomenal year.

Grillo joins Andres Romero as the second Argentinian Rookie of the Year, as well as the third member of the acclaimed 2011 graduating class, including Jordan Spieth and Daniel Berger.

“This is unbelievable. I’ve worked so hard for the last 5-6 years, esp the last year. It’s one of those trophies that will stay in my memory forever.” Grillo stated at yesterday’s press conference.  “It’s been a nice ride – it’s been a long year. It was definitely worth it. It’s been an amazing journey.”

Grillo has been in Callaway Apparel for a few years and has recently been seen sporting the new #IWearCallaway Fall 2016 fashion. He shows off  the bold Jade Lime and Magnetic Blue colors of the season. 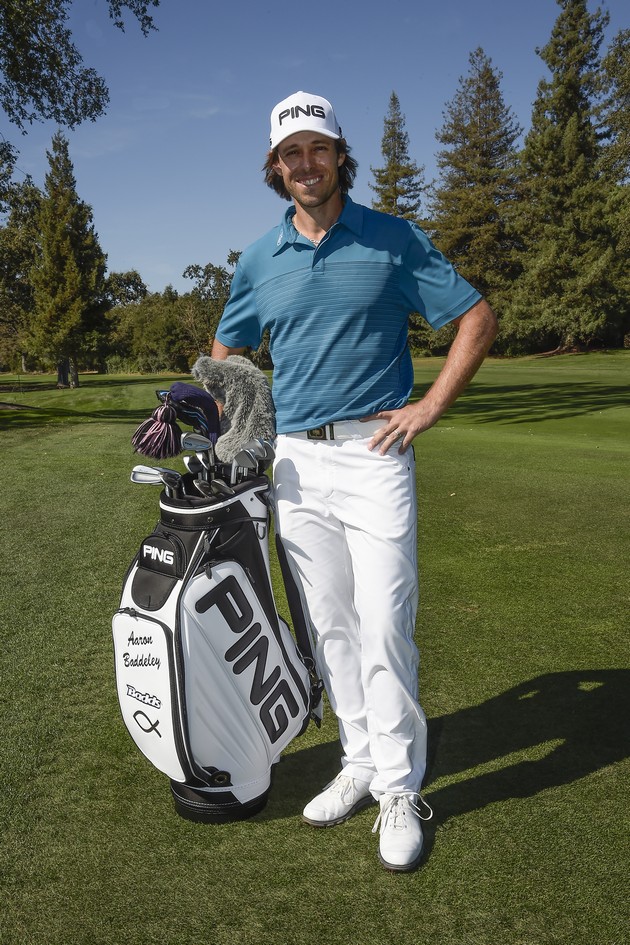 “Aaron has shown a great deal of talent over the years, he has a positive attitude, and he has a home in Scottsdale so we’ve gotten a chance to know him and his family,” Solheim said. “He has played PING equipment at times in his career so he feels like a natural fit for our brand on and off the course. He’s had a star quality since his successful amateur days, and he has a set of values that are in line with ours. We’re excited to be associated with Aaron.”

Baddeley (nickname “Badds”) was born in New Hampshire but raised in Australia since age 2 and he has dual U.S. and Australian citizenship. He said he is well-acquainted with PING clubs and the company’s tour reps. “I’m thrilled to be representing a brand that enjoys the reputation it does. I know from first-hand experience how good PING equipment is, and I’m excited to be part of the PING family. This feels like a really good step in my career and I’m extremely motivated for the upcoming season to continue the success I enjoyed last season. With PING clubs I have a lot of confidence I can do that.”

As part of a multi-year agreement, Baddeley will wear a PING hat, carry a PING staff bag and play a minimum of 11 PING clubs, including a PING driver and PING putter. At the Safeway Open, in addition to the G LS Tec driver and G 3-wood, he’ll make his PING debut with iBlade irons and a PING prototype putter. 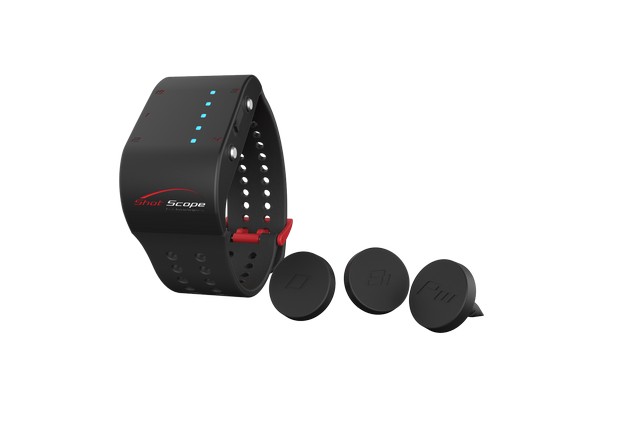 Shot Scope’s Performance Tracking System was used last week on the European Tour by professional golfer Jamie McLeary at one of the leading events in global golf, the Alfred Dunhill Links Championship. This is the first time the system has been used by a professional golfer in competitive play. Shot Scope has been ruled as conforming to the Rules of Golf and is therefore suitable for use in all competitive tournaments. McLeary finished two under par at the championship, unfortunately narrowly missing the cut. He was delighted was the system: “It was a great thrill to debut Shot Scope’s technology on the European Tour. For a statistics fanatic like myself, I’ve always been interested in performance data and Shot Scope now allows me to capture this data in a manner that doesn’t distract me from my game.” Shot Scope had a significant presence at the event and garnered interest from amateurs and pros alike, including Simon Dyson, Nico Colsaerts, George Coetzee and Oliver Wilson, with many taking home a Shot Scope for their own use. Shot Scope is the first fully automated performance tracking system for golfers.