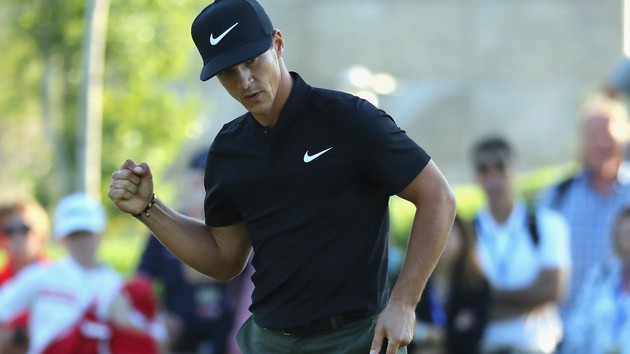 Thorbjørn Olesen secured the biggest win of his career after a stunning display at the Turkish Airlines Open in Antalya.

The 26-year-old — who shot a course record 62 on Friday — notched an impressive 23 birdies and one eagle during the four days, and held his nerve during the final round to sign for a winning score of 20-under-par, three strokes clear of his nearest competitor and fellow Nike athlete Hao-Tong Li, at Regnum Carya Golf & Spa Resort.

“I hadn’t been in great form recently, but I always back myself to turn it around and that’s what I did this week. It’s a great feeling to get the win, and gives me a big confidence boost going into the next two tournaments,” says Olesen.

The win has elevated the Dane to 9th spot in The Race to Dubai standings ahead of the next installment of The Final Series where Olesen will tee it up at the Nedbank Golf Challenge in Sun City, South Africa.

Olesen sported apparel from the Nike Performance collection – including the Nike MM Fly Swing Knit Stripe Alpha polo – and also relied on the stability and comfort of the Nike Lunar Control 4 footwear. 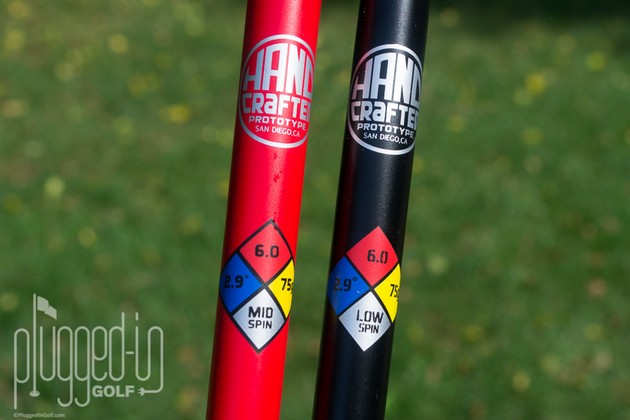 The champion secured his third PGA TOUR career win with Project X HZRDUS Red in his 3-iron. He also plays Dynamic Gold S400 in his wedges.

In addition to being in the winner’s bag, Project X HZRDUS was again the #1 driver shaft model in play for the second-straight week on the PGA TOUR. 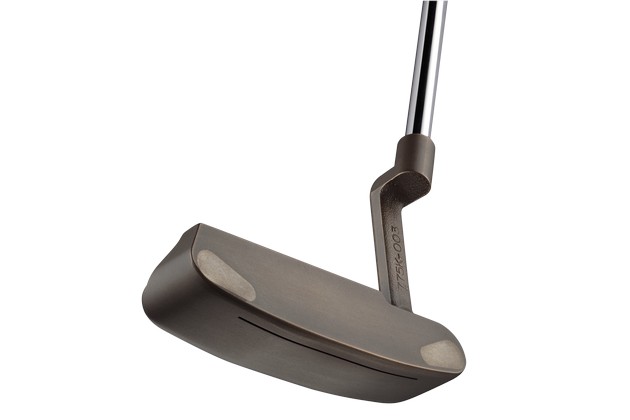 PHOENIX (Nov. 7, 2016) – In celebration of the 50th anniversary of the Anser putter, PING today introduced a limited-edition version of the iconic model made from the original molds, assembled with components made in the U.S.A., and supplied by the vendors used in 1966. Each putter’s sole is also hand ground by PING Chairman & CEO John Solheim, just as he did 50 years ago in his family’s garage.

The limited-edition high-tensile manganese bronze putters are available at authorized PING golf shops worldwide. Each putter comes in a commemorative presentation box with a leather putter cover and a certificate of authenticity personally signed by John Solheim. U.S. MSRP is $900.

“This has been a fun project and to be able to make it entirely in the United States is extra special,” said Solheim. “It brought back a lot of great memories from the days in our garage near Scottsdale. The Anser is the most successful putter design ever and its place in history is unquestioned. Who could have imagined 50 years after its invention it would still be the most dominant design on tour? It seems like golfers of all abilities have used an Anser putter at some point. This limited-edition version is a tribute to that success and a look to the future with some of the technology we’ve added in the form of tungsten in the heel and toe to bring it to modern-day weights.”

The original concept for the Anser putter was sketched on a 78-rpm record sleeve by PING founder Karsten Solheim in early 1966. It was patented the next year. The name was inspired by his desire to find an “answer” to the popular putter at the time. His wife, Louise, suggested he call it “Answer” but Karsten was concerned it was too long to fit on the toe. She told him to leave out the “w” and the rest is history. It went on to become the winningest (and most copied) putter model in golf, with more than 500 tour titles to its credit, including 19 men’s major championships. Its first win came in 1966 at the Florida Citrus Open. The Anser’s first major victory was at the 1969 Masters.

Staying true to the manufacturing process from 1966, the limited-edition model is sand-cast using both of the original tools (one machined by Karsten and one by his son, Allan) at East Bay Brass Foundry, the Richmond, Calif., company that also sand-cast the original Anser. True Temper (Emory, Miss.) supplied the high-step shaft, and Golf Pride (Southern Pines, N.C., now a division of Eaton Corp.) molded the PING PP58 grip, both of which were designs used in the original model. 3M (St. Paul, Minn.), which supplied the grip tape in 1966, is the manufacturer of the grip tape in the new model.

The limited-edition Anser is finished and assembled at PING’s headquarters in Phoenix. Tungsten heel and toe weights are inserted and precisely milled with other key surfaces in the company’s machine shop. Solheim is hand grinding the sole of every head before they are lightly tumbled and aged prior to assembly.

“Most people don’t realize the amount of hand work that went into the original Anser putters 50 years ago,” added Solheim. “The radiuses on both of the hand-machined tools were finished with a file and sandpaper by Karsten. I built most of the original Ansers in the garage, starting with machining and grinding the raw castings and continuing on through final assembly. My brother Allan machined the second mold, which is slightly different and often referred to as the ‘slope-side’ mold. We wanted to bring that hand crafted approach back as part of the Anser’s 50-year celebration and its remarkable contribution to golf.”

PING will produce and serialize 1,550 right-handed 50th anniversary Ansers, 775 from each mold. The putters will be distinguished by either a “K” (Karsten’s mold) or “A” (Allan’s mold) in the serial number on the inside of the hosel. Left-handed models are also available. 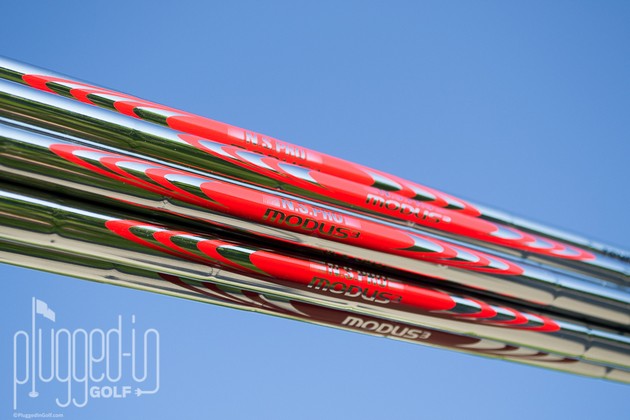 At the Shriners Hospitals for Children Open at the TPC Summerlin course in Las Vegas, the victorious 47-year-old Australian used Nippon Shaft’s N.S. PRO MODUS” Tour 130 S flex steel shafts in his irons to shoot 60-68-71-65-264 for a 20-under par total.

He sealed his two-shot victory with a 30-foot birdie putt on the final hole, winning $1.188 million, a two-year PGA TOUR exemption and an invitation to the 2017 Masters.

Meanwhile, at the Toto Japan Classic in Ibaraki, Japan, the 27-year-old native of Guangzhou, China recorded her second victory in as many weeks using Nippon Shaft’s N.S. PRO 950GH steel shafts in her irons. She shot 69-64-70-203 for a 13-under par total in the 54-hole event.

It was the first back-to-back victory and the sixth overall on the LPGA Tour for the Olympic Bronze Medalist. For the win, she earned $225,000.

“Nippon Shaft would like to congratulate the winners of this week’s PGA TOUR and LPGA Tour events,” said Hiro Fukuda, sales and marketing for Nippon Shaft. “Nippon Shaft is always proud when the world’s greatest players choose to use our equipment to help them bring out the best in themselves in the most competitive environments on earth.” 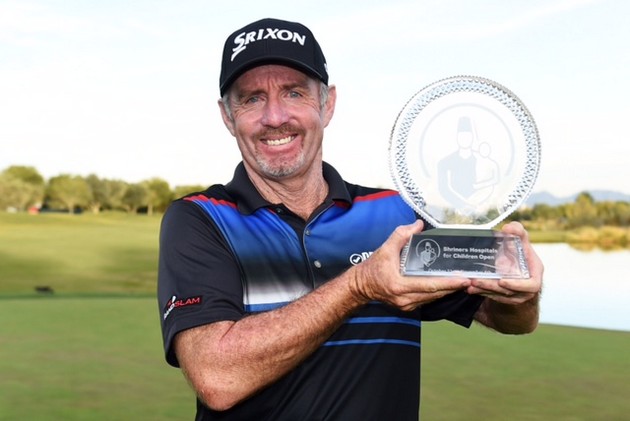 HUNTINGTON BEACH, CA – November 7, 2016 – Srixon and Cleveland Golf are staying red hot on the PGA TOUR. Congratulations to staffer Rod Pampling, who won the PGA TOUR Shriners Hospitals for Children Open over the weekend at TPC Summerlin in Las Vegas, Nevada. Pampling opened with a scorching round of 11-under-par 60 and closed with a final-round 65 en route to a 20-under-par total, two clear of the field. Needing birdie on the last hole to finally hold off his nearest competitors, Pampling drained a 32-foot birdie putt to clinch the win.

It’s the third career PGA TOUR win for the 47-year-old Pampling. The native of Queensland, Australia, hadn’t won on the circuit since the 2006 ARNOLD PALMER INVITATIONAL, and he hadn’t captured any professional title since the 2008 Australian Masters.

“It’s extremely rewarding,” said Pampling. “Winning Arnold Palmer’s event is still on top. But coming back from what we’ve had the last few years, to get a win under the belt, it’s phenomenal. Amazing.”

Pampling now owns seven career professional wins, with the Shriners title representing the largest check of his career – $1,188,000. He moves to fourth in the PGA TOUR FedEx Cup standings.

Pampling trusted the high-performance Srixon Z-STAR XV golf ball, with unmatched feel and distance, on his way to victory. He ranked first in the field in Strokes Gained: Around the Green and second in Strokes Gained: Approach-the-Green, a testament to his stellar scrambling and iron precision.