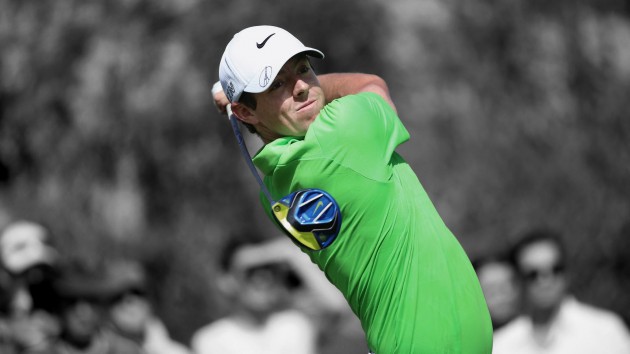 Nine months on from his first victory of the 2015 season, Nike athlete Rory McIlroy concluded his campaign with another win in Dubai, this time at the DP World Tour Championship – a victory that also saw him finish atop the Race to Dubai standings for a second straight year.

Four-time Major champion McIlroy – who began the final round a shot behind the tournament leader on the Earth Course – debuted the new Nike Lunar Control 4 shoes, featuring dynamic Nike Flywire technology that provides lateral support in the midfoot, while a new, robust external heel counter helps lock the foot in place to support his powerful 120mph-swing from the ground up.

In addition to the Lunar Control 4, he also gamed a new Nike Vapor Prototype driver and Nike RZN Prototype golf ball. He led the driving distance chart for the week, averaging 322.1 yards off the tee for the four rounds at Jumeirah Golf estates, as he went on to record his third Race to Dubai title in four years.

“To finish my season in this way is so special, not just to win the Race to Dubai title but also to record another tournament victory on The European Tour – it’s incredibly-satisfying,” said McIlroy after finishing 21-under-par, a shot clear of his nearest rival.

“I felt I had great control of my golf ball this week, off the tee and with my irons, and I certainly gained confidence as the tournament progressed on the greens,” he added.

The 26-year-old McIlroy recorded a stunning total of 26 birdies, testament to his crisp ball-striking and clinical ability on the greens. The Northern Irishman was also using a Nike Method Prototype putter, as he signed for scores of 68, 68, 65 and 66, finishing in the top-5 for putts-per-round with an average of 28.3.

The victory in Dubai was McIlroy’s fourth of the campaign, following wins previously at the Omega Dubai Desert Classic, WGC-Cadillac Matchplay and Wells Fargo Championship. 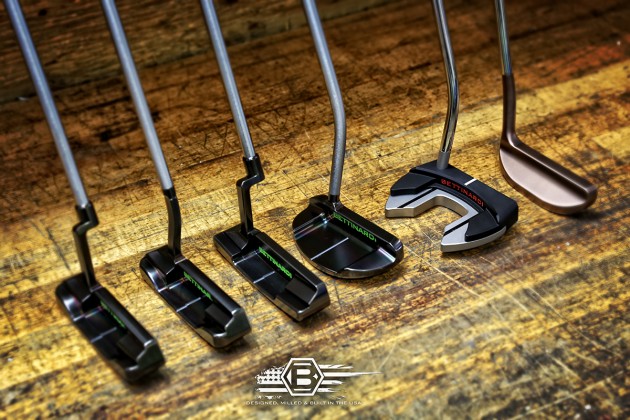 (TINLEY PARK, Il) – Bettinardi Golf – makers of the world’s finest milled putters and other golf products – has launched new putter models, colorways and technologies for 2016 including enhancements to the BB Series, expansion of the iNOVAi offering, and a classic addition under the Studio Stock banner.

Designed by Robert Bettinardi and an elite team of engineers, all putters are milled in the USA at Bettinardi Golf’s 40,000 square foot, state of the art manufacturing facility. Further details on new 2016 product extensions include:

• BB Series: This core collection gets an entire visual makeover for 2016 as each head receives a stunning Midnight Black PVD finish. The face retains a Hyper-Honeycomb mill pattern from a soft carbon steel, while paint accents of subtle silver and lime green complete the strong appearance. Each putter comes fit with a stepless, brushed nickel shaft for improved feedback and reduced glare. Models in the BB Series include BB1, BB1F, BB8 and BB40.

• iNOVAi 3.0: Bi-metal construction, black anodized finish and Bettinardi’s proprietary F.I.T. (Feel-Impact-Technology) Face are all found in the 3.0, the newest tour-proven shape to grace this series. Featuring a hand polished 303 stainless steel weight bolted to the aluminum body, precisely positioned for maximum M.O.I. characteristics, the 3.0 joins the original iNOVAi model for 2016. Each head design is available in standard or counterbalanced iterations and both are offered in either right or left-handed options. The 3.0 is also available as a center-shaft option.

• Studio Stock 6: This new addition to the Studio Stock family, which already includes the SS2 and SS16, is the direct evolution of classic putter design. The SS6, steeped in major championship lore, is a timeless silhouette associated with the greatest putters of all time. An Olympic Bronze finish and detailed Super-Fly Mill face milling is complimented by simple Legend Blue and white paint accents.

“At our state-of-the-art manufacturing facility located just outside of Chicago, Illinois, we design, produce, and deliver precision engineered putters to discerning amateur and professional golfers from around the world,” says Robert Bettinardi, President and CEO of Bettinardi Golf. “Craftsmanship, science, beauty and precision are words we live by, represented in each and every Bettinardi product.”

Beyond new additions, the following tour-proven Bettinardi lines remain in the catalog for 2016:

• Kuchar Models: A collaborative effort between Matt Kuchar and Bob Bettinardi, models KM1 and KM2HM take advantage of Armlock technology, a technique that is gaining popularity around the world as the anchoring ban takes effect in 2016. Featuring a Meridian Blue PVD finish and F.I.T. Face technology, removing 55% of the face material for a soft feel at impact, these putters have been used for multiple PGA Tour and international victories over the past few seasons.

• Queen B Series: Trusted by a 2015 PGA Tour winner and Presidents Cup International Team member, the Queen B Series contains two contemporary designs – the face-balanced, wide-body blade in the QB6, and compact round mallet in the QB7 – each with a compelling Savannah Blue finish and micro-Honeycomb face.

2016 models will be available for pre-order at Bettinardi.com and other premium retailers around the world. The new, 2016 Bettinardi models will land in stores January 16th, 2016.

PEORIA, AZ – The Antigua Group, Inc. – one of the nation’s leading designers and marketers of lifestyle and golf apparel under the distinguished Antigua brand – announced its Spring 2016 Women’s Performance Collection outerwear.

After two consecutive strong years for the Antigua Performance Collections, the Spring 2016 rendition will likely exceed sales forecasts — based on sales force reaction and hard sales data. The Spring 2016 Women’s Performance Collection outerwear is highlighted by fantastic fabrications that combine polyester and spandex, beautiful jewel tones, unique prints, and the continuation of successful silhouettes. All fabrics and silhouettes have been LPGA Tour-tested.

OVERVIEW
“The addition of multiple outerwear styles has been a turning point for us in the women’s collection,” says Danielle Dellios, head of women’s design at Antigua. “I have found there are so many different types of outerwear that it was easy to expand the offering by adding in shell pieces along with knit pullovers that act like layering pieces.”

Style Expression uses a peached polyester/spandex heavy interlock fabric and features drawcords at the side seams for cinching capability. One of the style’s best-selling features is the optional cinch detail — the wearer can decide how much she wants to cinch, or she can leave the garment fully extended and wear it as a basic solid pullover. Style Serenity is an all-over tonal jacquard pattern mid-weight pullover. The fabric is lightweight but feels dense, due to the heavy brushing and the nature of the jacquard pattern. These properties translate into a truly versatile pullover that will keep the wearer warm while still breathing. “Lastly, there seems to be a call-out from the consumer for a lightweight water-resistant shell style, which is where Adventure comes in,” says Dellios. “Adventure features neutral color bodies with a pop of color accents. Elastic shirring at the elbow provides ease of movement. Contrast silicone print details at the neckline and princess seam offer a fun take on traditional styling.”

COLORS
The color palette for Spring 2016 keys in on highly saturated jewel tones. “We felt the neon colors were slowly fading away and the more basic, primary colors were coming into play,” says Dellios. “Color direction in the sportswear market has been stagnant, so we took our cues from high fashion and made our our version of a primary palette. For the first time in years, we decided not to run pink, but instead picked a bright clean red called Fire.” Other colors include a true kelly green called Verdant, a vibrant royal blue named Hypnotic, a sunshine yellow aptly named Sunburst, and lastly a step away from the traditional purple with a more berry color called Mardi Gras. These primary jewel tones are paired with black and white throughout the collection.

FABRICATIONS
DESERT DRY™ is a moisture-wicking technology created exclusively for Antigua, to absorb and wick moisture quickly and evenly. The Desert Dry product family includes any garment using a fabric weight of 150 gsm or heavier. Typically fabrics over 150 gsm offer more body and improved drape for the customers who don’t like the ultra-lightweight “clingy” fabrics currently in the market. Examples of Desert Dry styles are Gypsy, Element, Jewel, Ascent, Stroke, Strive, Movement, Maverick, Equity and Pure.

DESERT DRY™ XTRA-LITE (D2XL) combines Antigua’s exclusive DESERT DRY™ moisture-wicking feature with specially constructed ultra-light fabrics for maximum wicking performance and optimum comfort. The D2XL product family includes any garment using a fabric weight of 150 gsm or lighter. These fabrics have been specially engineered to be lightweight while not being overly sheer. This is possible through the use of ultra-fine yarns which gives a fabric more body while not dramatically increasing the weight. Examples of D2XL styles are Champ, Jubilee, Premium, Radical & Modern.