CARLSBAD, Calif. (March 8, 2016) – Nippon Shaft today introduced its new N.S. PRO Zelos 8 steel irons shaft, which combines the lightweight properties of graphite with the stability of steel in order to help golfers of all abilities play their best.

Weighing between 84 and 87.5 grams, the N.S. PRO Zelos 8 is designed with a low kick point and evenly distributed rigidity, making it easy to handle and giving it the exact swing characteristics of a lightweight graphite shaft, according to Hiro Fukuda, sales and marketing for the Japan-based global company.

“The Zelos 8 shaft is the second iteration of Nippon Shaft’s innovative Zelos series, which is aimed at taking the ultra-lightweight characteristics of graphite and fusing them with the shot-by-shot consistency of steel,” Fukuda said.

“Our engineering and design staffs set out to help golfers increase their swing speeds by developing a steel raw material that is both ultra-lightweight and strong,” Fukuda said. “Swinging a lighter shaft will help golfers increase their swing speeds, resulting in more distance. Swinging an ultra-light steel shaft utilizing Nippon Shaft’s cutting edge steel raw material will give shots the kind of reliable consistency not found in graphite shafts.”

The Zelos 8 is targeted at golfers whose swing speeds average 85 miles an hour – or whose 6-iron shots travel approximately 140 yards, Fukuda said. Senior and junior golfers both could benefit from using Zelos shafts, he noted.

The first iteration in the Zelos series was the Zelos 7, a 74-gram shaft for golfers whose 7-iron swing speed came in at 75-miles-an-hour.

The key to the creation of the ultra-lightweight Zelos category was Nippon Shaft’s development of the cutting edge steel material known as NZNS60, which delivers greater strength and greater flexibility along with light weight, according to Fukuda.

“Like the Zelos 7, the Zelos 8 is a shaft that’s going to fit a lot of players,” Fukuda said. “The Zelos series is for golfers who currently play steel shafts and prefer to remain with steel and/or for players who already have switched to graphite but would like to return to steel without giving up the light-weight advantages of graphite.”

Nippon Shaft has more than 100 professional victories worldwide. Based in Yokohama, Japan, Nippon Shaft is the No. 1-selling steel shaft in Asia. 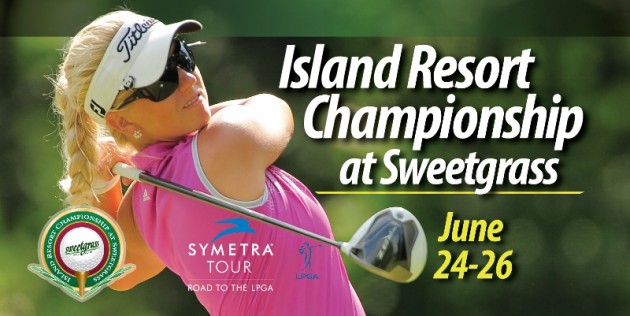 This is the sixth consecutive year the professional golf tournament will be held at Island Resort and Casino’s award-winning Sweetgrass. The Symetra Tour “Road to the LPGA” is the world’s largest international women’s development tour and provides fans a front-row seat to watch rising stars of the game. Former Symetra Tour players have won hundreds of LPGA titles, including dozens of major championships.

Dani Holmqvist won the 2015 IRC Championship with a 10-under-par total of 206 (rounds of 67-69-70), and she earned full LPGA Tour playing privileges with her season-long performance. Holmqvist had to sink a tough, 6-foot par putt on the 72nd hole to capture the IRC title.

Three-day grounds passes to the 54-hole event are $10 and include entry into daily prize drawings. Children 17 years old and under are admitted free with a paying adult. Tickets are available at Island Resort & Casino and at local organizations such as the Delta County Junior Golf Association and the NCA Guarantee Scholarship Fund. For a complete list of outlets visit sweetgrassgolfclub.com/symetra-tour-2016.

“One of the great benefits of the tournament’s success is the ticket-donation program,” said Tony Mancilla, Island Resort & Casino general manager and event co-chair. “The area’s support and tournament attendance has been outstanding year after year, and we expect the same this summer.”

Consistently rated one of Michigan’s top layouts by Golfweek “America’s Best Courses You Can Play” by state – Sweetgrass will host a field of 144 players competing for a $125,000 purse. The Island Resort Championship is also part of the Potawatomi Cup, a series of tournaments involving courses with Native American Indian or Potawatomi tribal ties.

About the Championship
Welcoming the world’s brightest new talent in women’s professional golf, the Island Resort Championship at Sweetgrass is a Symetra Tour – Road to the LPGA event held at Sweetgrass Golf Club in Michigan’s Upper Peninsula. The 54-hole stroke-play event will be held June 24-26, 2016. Located in Harris, Michigan, Sweetgrass Golf Club was designed by Michigander Paul Albanese and is situated at the Island Resort & Casino. Both course and resort are owned/operated by the Hannahville Indian Community of the Potawatomi Nation. 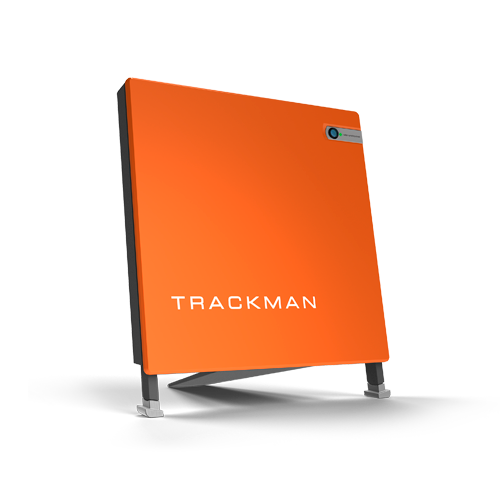 VedbÆk, Denmark, February 2016 – The PGA TOUR and TrackMan have signed their third consecutive 5-year agreement. This (re)signing is a manifestation of a mutually beneficial relationship founded more than a decade ago.

TrackMan has been a strategic vendor to the PGA TOUR, providing swing and ball flight data since 2006.

During this time, TrackMan has cemented its position as the industry leader for accuracy, reliability, and ease of use. With the new agreement in place, the PGA TOUR will continue to use TrackMan for the measurement and reporting of player ball launch, ball flight, and club delivery statistics at its weekly PGA TOUR events.

The PGA TOUR collects TrackMan data at all of its PGA TOUR events.

“For more than a decade, TrackMan has delivered accurate and reliable data to the PGA TOUR,” says Steve Evans, the PGA TOUR’s Senior Vice President of Information Systems. “Their service has always been excellent, and we are delighted to continue the relationship”.

“Our long-lasting relationship with the PGA TOUR continues. The signing of another 5-year agreement with the PGA TOUR is an exhibit of trust, performance, and aligned expectations between the two organizations,” says Klaus Eldrup-Jørgensen, Co-Founder and CEO, TrackMan.