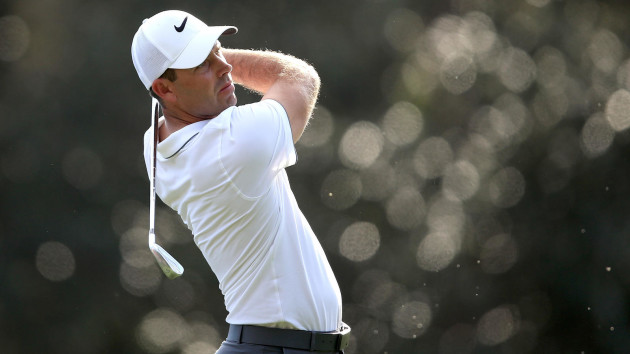 CHARL SCHWARTZEL OUTLASTS COMPETITION TO CLAIM HIS SECOND WIN IN 2016

Nike athlete Charl Schwartzel overcame a 5-stroke deficit to win the Valspar Championship on Sunday. The South Africa native forced a playoff and quickly beat the competition on the very first hole to secure his second win this year.

“I thought I played really well on the weekend,” Schwartzel said. “I just kept telling myself, you did it a couple weeks ago, you can do it again.”

Schwartzel shot a 4-under 67, including an incredible putt with his Nike Method Prototype putter from 64 feet for birdie on the 13th hole. He struck again on hole 17, pouring another birdie from 25 feet, to finish with the day’s lowest score.

Vista, CALIF. (March 14, 2016) – Toulon Design, a premium putter company recently launched by former TaylorMade executive Vice President Sean Toulon, today announced it will offer a “First Run” of 100 of its newest release, the San Diego, to commemorate the inception of the company, stimulate interest in the brand and deliver satisfaction to a select group. Each putter, individually and meticulously built to the buyer’s specifications by Toulon Design putter makers, will be available for $399 at toulondesign.com on 3/26.

Those fortunate to be among the first to get their hands on one of the First Run models, will receive a Certificate of Authenticity personally signed by Sean Toulon denoting the putter has been carefully inspected and found to hold the highest level of precision handcraftsmanship. Each putter will also carry the limited edition “First Run” emblem on the sole of the putter and will be shipped promptly to the buyer in a special box.

“By offering a limited run of the San Diego model, we hope to create excitement in the marketplace and showcase our team’s passion and talent for making premium putters,” said company founder Sean Toulon. “We just shipped out the first run Madison’s and the response to those lucky enough to have received one has been great. As with all of our designs, the team spent countless hours perfecting the San Diego’s look, shape, feel and performance. We are now ready to share this incredible putter with a few lucky golfers who will undoubtedly fall in love. We expect these putters to sell very fast.”

The San Diego is an iconic style blade that has been designed to perfection and is sure to be very popular on tour. It features a slightly longer blade length, a slightly thinner top line and sleek and linear shoulders and bumpers that have been completely redesigned giving the putter a very linear and more squared off look from address. This putter is very easy to align. Upon further inspection, golfers will see the beautiful and tailored lines are only part of the detailed craftsmanship. Named after Toulon Design’s adopted hometown and the home to world golf innovation, the San Diego features a classic L-neck design hosel, sought out by some of the best putters in the world.

Its face features Toulon’s Deep Diamond Milled face pattern that creates incredible sound and feel. Aside from its stunning appearance, the micro groove inside each diamond pattern promotes a forward and tighter roll that eliminates skid leading to improved accuracy and consistency.

Upon ordering, customers will have the option to choose their length, grip and weight. To assist with the desired weight preference, Toulon Design offers sole plate in aluminum (7 grams), or the optional stainless steel (20 grams) and tungsten (40 grams). 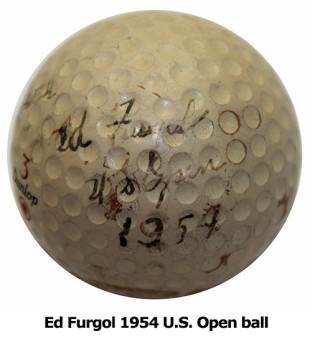 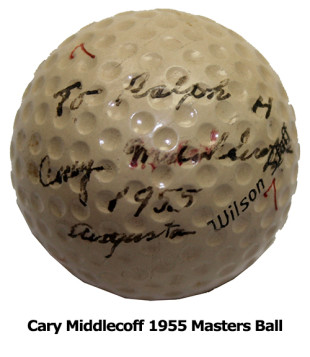 TAMPA, Fla. – As all eyes in the golf world turn toward Augusta National Golf Club for the first major of the season, The Golf Auction is gearing up for its largest international online auction of the year March 31 – April 10, 2016.

Dedicated solely to golf memorabilia and collectibles, The Golf Auction is accepting consignment items and calling all golf memorabilia buyers, sellers and collectors to participate in the 10-day online auction. The eight-year-old company, based in the Tampa Bay area, was founded by Kip Ingle, Aaron Behar and Kenley Matheny.

The Golf Auction previously auctioned off one of the few remaining Sunday tickets from the inaugural Masters Tournament in 1934, known then as the “Augusta National Invitational” Tournament, which sold for $31,987.25. Also, Lloyd Mangrum’s 1946 U.S. Open Champions Medal sold for $40,678.

This year’s online auction will feature a number of finds of great historical significance. They include championship-used golf balls from Arnold Palmer’s 1958 Masters win and Cary Middlecoff’s 1955 Masters win, along with Ben Hogan’s 1951 U.S. Open win and Ed Furgol’s 1954 U.S. Open triumph. In addition, the Middlecoff and Furgol balls are autographed, and Middlecoff’s also bears an inscription to Ralph Hutchison, the legendary golf pro who from 1947-1971 was the 18th green announcer at Augusta.

“Very seldom are golf balls offered to the collecting community that come from the winner in major championships,” Ingle says, “so we are particularly excited about these finds.”

Another highly historic collectible is a 1927 first edition of Down The Fairway, limited to 300 signed and numbered copies. The Golf Auction’s copy is triple-signed by Bobby Jones and co-author/Hall of Famer/sports writer and mentor O.B. Keeler. Thought by most to be the most important book on golf ever written, the majority of Down The Fairway’s collectible editions are double-signed by Jones and Keeler; this features a third autograph by Jones.

A preview of the items for this event begins one week prior to the auction going live. Registered bidders will receive email updates on special golf memorabilia that has been consigned to The Golf Auction.

The March 31-April 10 auction is not limited to online bidding only: bidders can text or call in their bids as well. To buy, sell or consign golf memorabilia items, register online at thegolfauction.com or call The Golf Auction at 866-842-0268 or 770-883-1131.