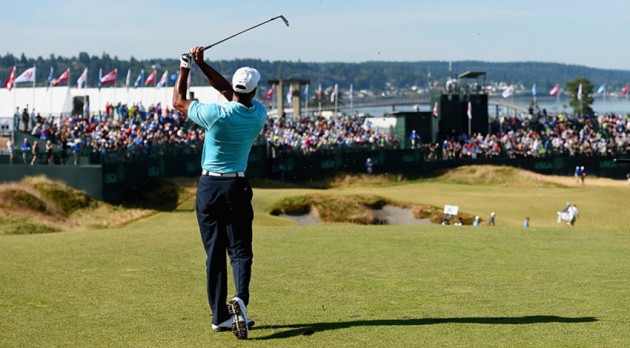 UNIVERSITY PLACE, Wash. – The U.S. Open is still two days away, but we’ll have plenty of action to keep an eye on Tuesday morning at Chambers Bay.

Tiger Woods will be joined for a morning practice round by Jordan Spieth and 15-year-old Cole Hammer at 7 a.m. PT. PGATOUR.COM’s Brian Wacker will be on the grounds at Chambers Bay to bring you an inside look with the blog below.

Follow along throughout the day for news and notes from practice rounds, press conferences and more at the U.S. Open here. 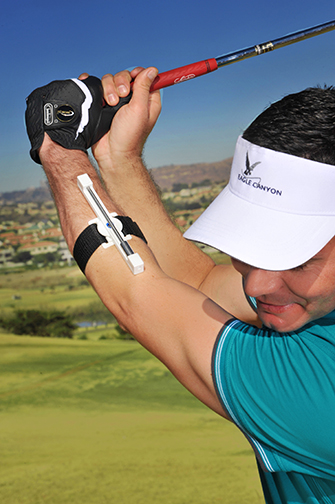 SOUTH AFRICA – Swingclick was recognized by the attendees of the 25th Annual International Network of Golf Spring Conference as one of the best new products for 2015. Nearly 160 attendees took part in the annual industry gathering, May 31 – June 3, hosted by the Mission Inn Resort & Club near Orlando, Fla.

During the Demo Lab portion of the conference, attendees were able to test the Swingclick along with other training aids and equipment.

“The Swingclick is potentially the best swing aid that’s ever been made,” Gilchrist exclaimed when he put Swingclick through its paces with some of his instructors at the Academy. “It provides the best practical feedback I’ve seen from a swing aid!”

Swingclick is a device that straps to a golfer’s forearm so it doesn’t impact the weight of the club. The training device makes a clicking sound at three vital points: the top of the backswing, at impact, and on the follow-through.

“I have a drill where my students pause at the top of their swing so that they can feel the position of the top of their backswing; now they can use the Swingclick to give them the audio feedback for this drill,” Gilchrist added.

The key to great rhythm is finishing your backswing. A smooth takeaway followed by a smooth transition creates more consistency and control in your swing which leads to lower scores.

“Swingclick is one of the only swing trainer that you can use with your own clubs,” said Mike Quinn, a former tour professional, instructor and the Managing Director of Swingclick. “Strap it to your forearm and take it on the driving range or go play a round of golf and you’ll quickly see how it will help you master the tempo, rhythm and timing of your swing.”

MANHATTAN BEACH, Calif. – SnapCap™ Golf has been selected as a featured product on the RockStar Tour Van for the remainder of the 2015 PGA Tour Season.

“SnapCap’s inclusion in the RockStar Tour Van is a significant milestone for SnapCap™ Golf,” said Mark Haynie, SnapCap™ Golf Vice President of Sales. “It’s one that will ensure visibility of the SnapCap™ product not only on the Tour, but also on tens of millions of television screens around the world.”

The RockStar Tour Van is the only van that has the “SST Pure machine” to align shafts. Garrison carries other premium brands like SuperStroke, Accra, Bettinardi, Champ and Tour Edge to name a few, which makes it the most visited van on tour by the players.

SnapCap™ is a patent-pending, split ferrule technology that allows golfers to update and personalize their ferrules without removal of the club head.

“Before SnapCap, if you wanted to change out the ferrules, it was risky and expensive,” said Haynie. “You had to go to a club fitter to have it done … and if you tried it on your own, you could easily ruin your clubs. Now it’s easy, quick and inexpensive.”

Harrison has earned the respect and loyalty of PGA Tour professionals and elite celebrities in his many years of service on the PGA Tour. Scott E.G., as he is known, has already installed the colorful SnapCap™ ferrules on the clubs of PGA Tour Professionals, pro-am players, PGA Club professionals and others working on the tour.

“Scott E.G. installed SnapCaps™ and was impressed with the simplicity and speed that he could install the SnapCap™ ferrules on clubs as compared to traditional OEM ferrules used in club building,” said Haynie.

SnapCaps™ come in 15 colors that can be mixed or matched. They make a unique tournament gift and are an affordable way to spice up your game and personalize your clubs.