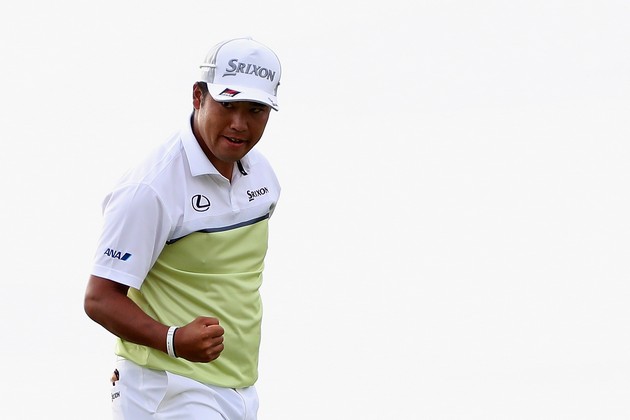 HUNTINGTON BEACH, CA – February 6, 2017 – Srixon and Cleveland Golf are proud to congratulate staffer Hideki Matsuyama for his record-breaking playoff victory over the weekend at the PGA TOUR Waste Management Phoenix Open in Arizona. Matsuyama sank a birdie putt on the par-4 17th hole, the fourth extra hole, to clinch a sudden-death win at TPC Scottsdale for the second-consecutive year – this coming after he posted a bogey-free, 5-under-par 66 in the final round to finish regulation at 17-under par. The 24-year-old Matsuyama took the best that the competition, his own nerves, and the largest, loudest crowd on the PGA TOUR could offer him, and he overcame it all to capture his fifth win in his last nine global starts.

“It’s been a good run. I’m going to ride it as long as I can,” said Matsuyama. “The results have been really good these last few months, and hopefully we can just keep it going.”

With this victory, Matsuyama, who stands No. 5 in the Official World Golf Rankings, takes home a $1,206,000 winner’s check and moves back into first place in the PGA TOUR FedEx Cup points standings. Now with four career official TOUR titles (three coming via playoff, a format in which he is undefeated) he holds more all-time wins on the circuit than any other native of Japan and is also the first Japanese player to ever successfully defend a PGA TOUR championship. 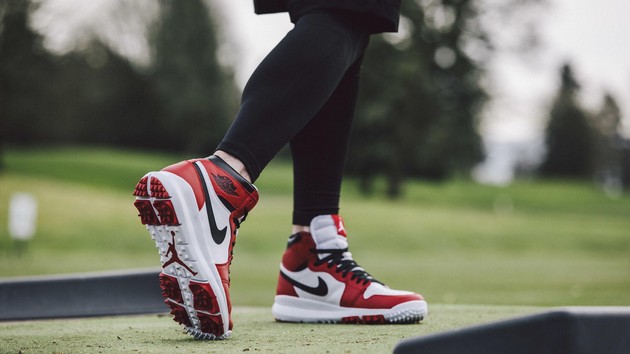 More than 30 years after the debut of the Air Jordan I, Nike Golf is introducing the iconic silhouette to the course.

“MJ introduced his provocative style of play to professional basketball in 1984, and the Air Jordan I shocked the world at the same time,” says Gentry Humphrey, VP Nike Golf Footwear. “Interestingly, Michael started to take up the game of golf in 1984, the exact same year Nike started to develop the Air Jordan I.”

Entering Jordan’s rookie year, Nike looked for a way to create a shoe that could match his other-worldly talents on the court while also defying the status quo.

“The Air Jordan I was the first sneaker that really pushed the limits on what was acceptable,” recalls Michael Jordan. “It’s like being a young kid, when his parents say he can’t do something but he wants to do it. I felt like I wanted to be different.”

This limited offering features a few notable changes from the original basketball shoe, including extra padding to provide additional comfort and support around the ankle, Jumpman logo on the tongue, Nike Free-inspired outsole with soft spikes and a fully waterproof upper.

The Air Jordan I golf shoe will be available in two colorways (white/black/varsity red and white/metallic silver) beginning Feb. 10 at nike.com and select retailers for a suggested retail price of $200. 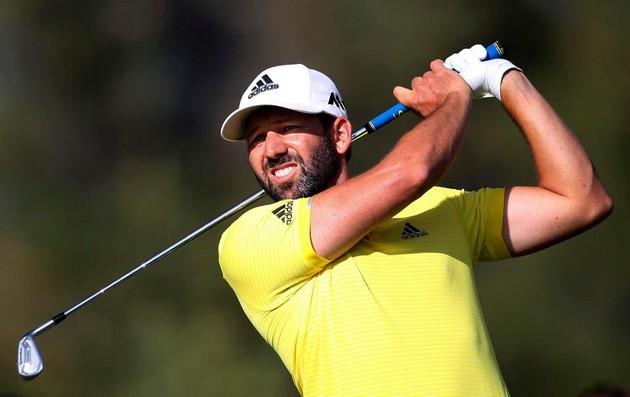 The 37-year-old Spaniard recorded a dominant wire-to-wire victory using Nippon Shaft’s N.S.PRO MODUS3 Tour 130 X flex shafts in his irons and wedges as he shot 19-under par 269 with rounds of 65-67-68-69. He led the field in the important greens-in-regulation category.

The victory was his 12th on the European Tour and his first since winning the Byron Nelson Championship last year on the PGA TOUR. The win moved him up to No. 9 in the World Rankings from 15th.

His Swedish pursuer used Nippon Shaft’s N.S.PRO MODUS3 Tour 120 X flex steel shafts in his irons and wedges to mount a final-round charge. The reigning Open Champion shot 16-under par 272 with rounds of 68-68-67-69.

The shot of the day for the 37-year-old native of Castellon was his tee shot on the par 3 15th when he hit a laser to two feet and tapped in for birdie, giving him a 4-shot lead going into the final three holes.

“Nippon Shaft would like to congratulate the 2017 winner of the Omega Dubai Desert Classic, as well as his Ryder Cup teammate who finished runner-up,” said Hiro Fukuda, sales and marketing for Nippon Shaft. “Both of these world-class players have been playing Nippon Shaft products for several years now, and our company is honored by their continuing faith in our shafts.”

The popularity of Nippon Shaft on the world’s major men’s tours continued to grow in the 2015-2016 season, with 137 players on the PGA TOUR and European Tour utilizing steel shafts created by the Japan-based golf shaft manufacturer. Players utilizing Nippon Shaft products won 12 times, using four variations of the N.S. PRO MODUS3 Tour steel shafts in their irons and one player using the Wedge 115 shaft.