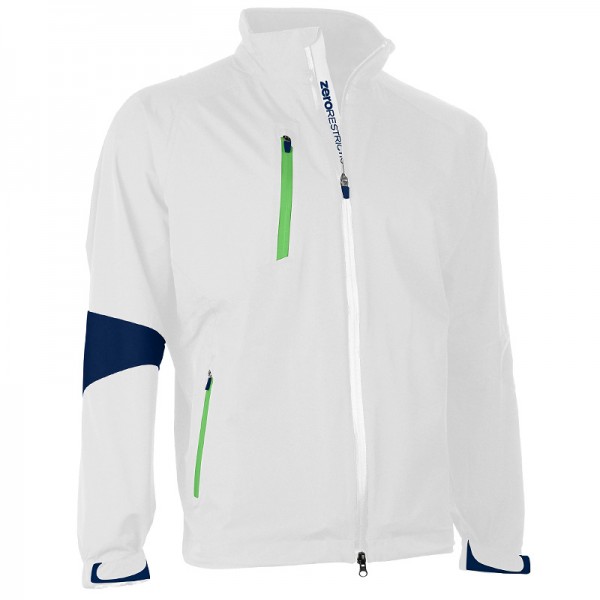 The editors specifically awarded the Pinnacle Jacket. Crafted from the lightest possible rainproof fabric, the Pinnacle maintains a waterproof rating of 20,000MM (a measurement which shows the volume of water that fabric can handle over a twenty-four hour period.) Designed for the golf course, the Pinnacle employs uniquely engineered stretch waterproof fabric at key points, enhancing freedom of motion. The Pinnacle Jacket is replete with the attention to detail that Zero Restriction is known for. Executed with seam sealing, YKK Aquaguard Matte Waterproof Zippers, and Zero Restriction’s Power Torque technology, the Pinnacle represents the highest standards of raingear.

The Pinnacle Jacket was also chosen by Captain Jay Haas to equip the victorious 2015 U.S. Presidents Cup team. Zero Restriction designed an additional, half-sleeve version for that event. The new half-sleeve Pinnacle is a part of the Fall 2016 line, gear that will be available beginning June 1st, 2016.

“This is an exciting award for Zero Restriction as we are dedicated to creating the most innovative all-weather gear,” remarked Chad Delp, CEO of Summit Golf Brands. “We are honored that Golf Digest selected us for this special accolade.”

CARLSBAD, Calif. (April 25, 2016) – For the third time this season, a player using Nippon Shaft products in his irons won on the PGA TOUR, claiming a $1.116 million winner’s check Sunday (April 24) at the Valero Texas Open.

The 39-year-old San Diego native fired a final round 3-under par 69 to finish at 12-under for the tournament, edging his nearest rival by one stroke at TPC San Antonio.

The four-time PGA TOUR champion used the Nippon Shaft N.S. PRO MODUS³ Tour 105 with X flex shafts in his irons and N.S. PRO MODUS³ Wedge 125 in one of his wedges.  He got up and down for birdie on the par 5 18th hole after he hit his second shot into the back bunker.  He hit 68 percent of his greens in regulation.

“Nippon Shaft would like to congratulate the winner of the Valero Texas Open on his fourth PGA TOUR victory,” said Hiro Fukuda, sales and marketing for Nippon Shaft.  “As always, Nippon Shaft is honored that many of the world’s best golfers choose to use our products to compete at the highest level.”

Nippon Shaft’s popularity on the world’s major golf tours grew significantly in 2015, with 106 players on the PGA TOUR and European Tour combined utilizing steel shafts built by the Japan-based golf shaft manufacturer, an increase of over 50 percent compared to the prior year when 70 major Tour pros used Nippon Shaft.

In addition, more than 70 players used Nippon Shaft N.S. PRO MODUS³ WEDGE shafts, which were designed exclusively for wedges, utilizing unique technologies that contribute to high levels of stability and feel in the short game.  The WEDGE shafts were released to the public in March of 2015. 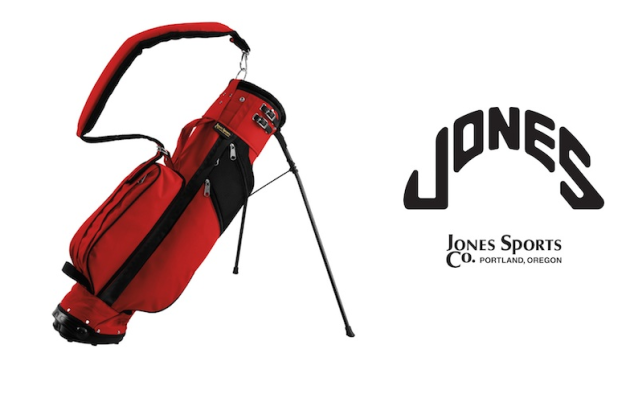 “It’s been the mission of Jones to craft simple, lightweight, and functional golf bags for 45 years,” said Chris Carnahan, business director for Jones. “Golfers of all ages recognize the Original Jones as a tried and true, timeless classic. Very little has changed about this bag over the years for a reason. It’s really an honor to receive this award.”

The Original Jones golf bag was born in 1971 when a part time golfer and cabdriver from Portland, Oregon cobbled together a simple yet effective golf bag. The result was a golf bag that would go on to serve amateur, high school and collegiate golfers for generations.