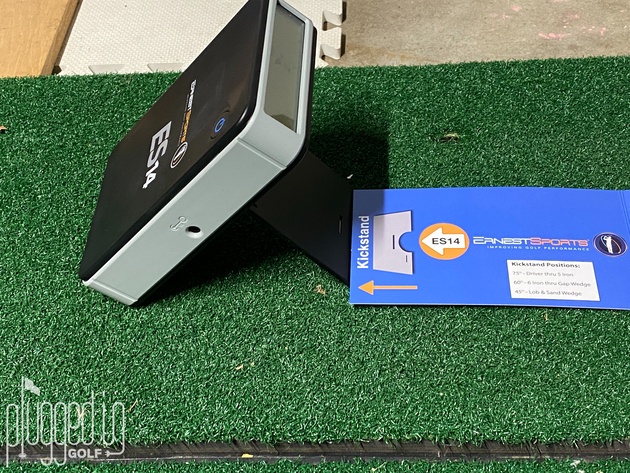 The Ernest Sports ES14 launch monitor is one of the more unusual products at this price.  Lots of potential in the app.  Fairly easy to use.  Some concerns with accuracy. 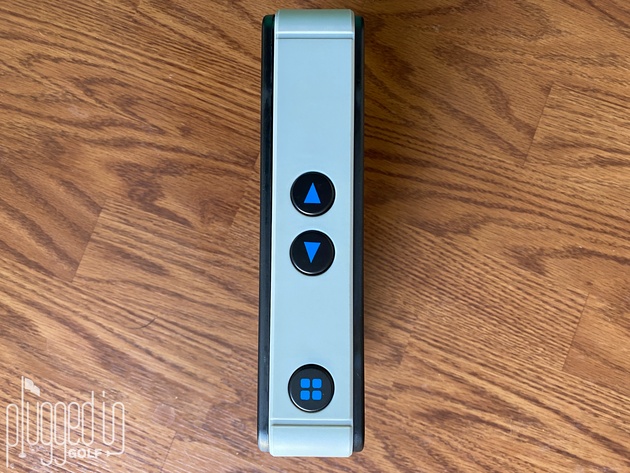 In the increasingly crowded $500 launch monitor market, a lot of products look the same.  The Ernest Sports ES14, however, marches to a different drummer.  In this review, you’ll find out if those differences are a good fit for you. 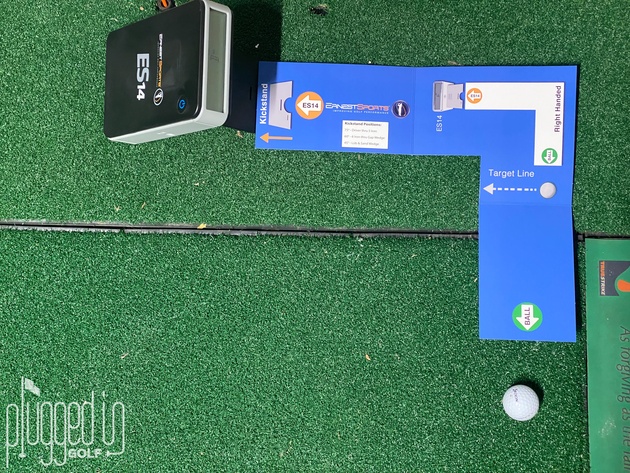 Glancing at the manual for the ES14, the first thing I noticed was that it has a unique set up position.  As shown above, you use an included “ruler” to put the unit in front and to the side of the golf ball.  This positioning is more akin to a Foresight launch monitor than the other products in the ES14’s price range.  Additionally, there are three angles at which you can set the stand.  The middle position will work for most of your clubs, but the higher and lower angles are recommended for driver through 5I and sand and lob wedges, respectively.

I found having the ES14 in front of me was a bit awkward, and you do need to set the ball in a fairly small window to get readings.  However, I was able to get consistent readings with less than five feet of ball flight.  The manual does not have a recommended minimum ball flight, but if you’re short on space, this might be worth considering.

When you push the power button, the ES14 is ready to go.  You can specify altitude, yards/meters, and adjust the lofts of your clubs, or you can pick a club and hit.  All these adjustments can be done with the three buttons on the side.

Like many of its competitors, the ES14 has an onboard display, so you don’t need a phone to use it.  The display is clear but not that large, and it shifts between two sets of data.  It takes some time to know where each number appears and read it fluently. 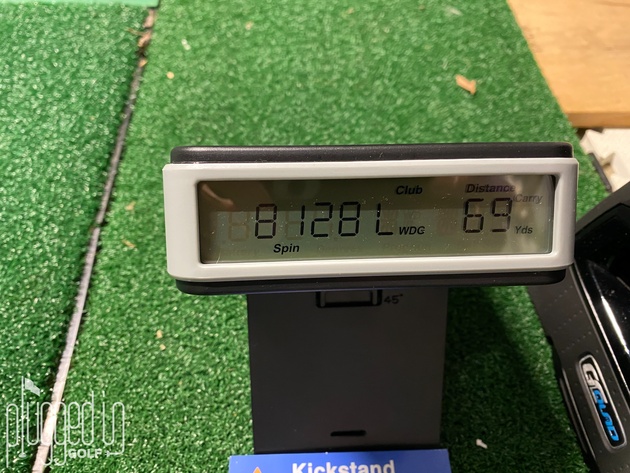 The Ernest Sports ES14 launch monitor measures ball speed, club speed, smash factor, launch angle, spin rate, and distance.  I tested it against my Foresight GCQuad and found that both ball and club speeds were fairly accurate through the bag.  Distances were also good, though typically +/- 2-3 yards.  I saw bigger discrepancies in launch and spin, particularly with the wedges.  This is not uncommon – most lower priced launch monitors struggle with the high and low ends of the bag.

Though it isn’t required, the ES Range app (available on iOS and Android) does enhance the user experience.  The ES14 connects to your device via Bluetooth.  The app displays the shot data and can say it aloud.  It also allows you to interact with the monitor – changing clubs, changing units, and more.

This is one of the deeper apps among launch monitors in this price range.  It allows you to save your shots in sessions which can be reviewed later.  You can also view club averages by session or all time.  For the film swingers, there is a video function inside the app as well.  Finally, my favorite aspect of the app are the games: Capture the Flag, Five Shot, and Skills Challenge.  These add a lot of fun and engagement to your practice.  It is worth noting that the app is not without problems and did quit several times during my testing. 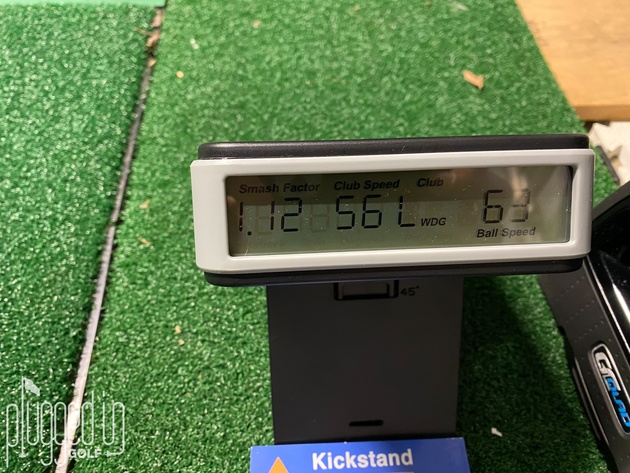 The ES14 launch monitor measures roughly 8″ X 6″ X 2″ and weighs under four pounds.  This makes it small and light enough to live in your golf bag, especially if you ride.  Additionally, it’s powered by a single 9V battery (a plug in adapter is available), so you don’t need to worry about recharging it after each use.

I like personal launch monitors for anyone who hits balls into a net regularly, and I particularly like the ES14 because of the app and the games.  Having three built-in ways to make your practice more enjoyable is a major longevity plus.

The Ernest Sports ES14 retails for $500.  Please consider supporting Plugged In Golf by purchasing it from our sponsor, PlayBetter.com HERE.

With the exception of the Garmin R10 [review HERE], the ES14 is comparable to or better than its price peers in terms of features.  It’s not the leader in accuracy, but it’s good enough to add value to your practice. 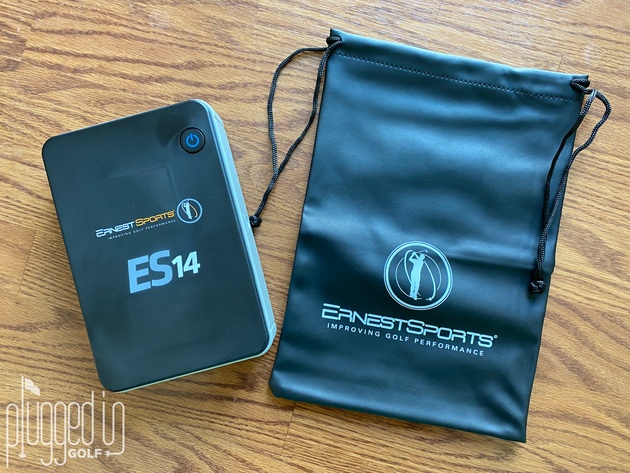 The Ernest Sports ES14 brings an interesting set of strengths and weaknesses to this competitive segment of the launch monitor market.  If you’re crunched for space, this is worth checking out.  Also, the app gives it great longevity.  If you’re more interested in a large display and superior accuracy, consider the Swing Caddie SC300i [review HERE].