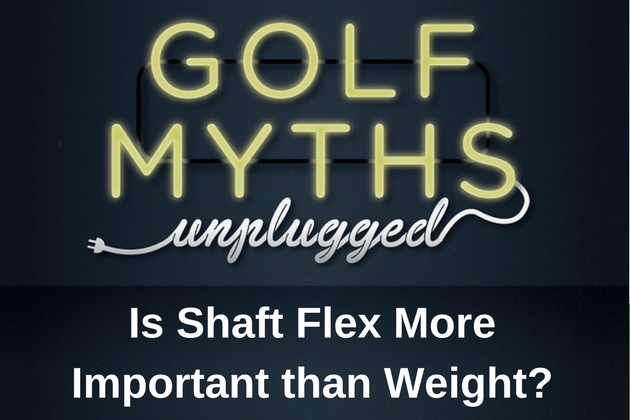 Are You Paying Attention to the Wrong Thing?

The average golfer pays a lot of attention to shaft flex.  When they go to buy a new club they “know” that they need a _____ flex (despite the fact that there are absolutely no industry standards).

What the average golfer pays no mind to is shaft weight.  Most couldn’t tell you the weight of the shaft in their current driver or the one they’re lined up to buy.

Talk to the average fitter, however, and they’ll tell you that weight is critical.  For some, it’s the first thing that they fit for.  We wanted to find out what really matters, so we put flex and weight to the test.

Myth #2 – Heavier, stiffer shafts are only for faster swingers

For this test, we brought together seven testers with swing speeds ranging from around 70 MPH to over 110 MPH.  Each player hit seven drives each with five different Nippon Regio MB shafts: stiff flex at 55, 65, and 75 grams, and 65 grams in regular, stiff, and x-flex.  Every player hit the shafts in a different order, and every shot was captured on Trackman.

Testing was done at, and with the help of, Club Champion. 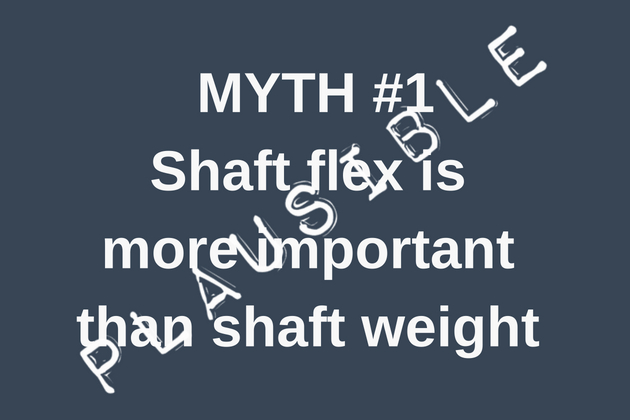 In this test group, weight proved to be slightly more important than flex.  That said, one different tester could have tipped the scales the other way.  Both weight and flex are critical elements in picking the right shaft.

To evaluate the relative importance of weight and flex, we looked at swing speed, ball speed, carry distance, and total distance.  For each metric, we looked at the gap between the players’ best and worst weight and flex.  The average and median differences were higher for weight – though the gaps were small – which indicates that weight is slightly more important. 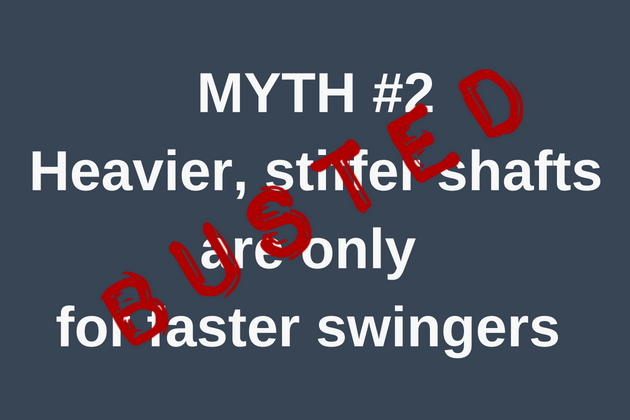 We had testers in our group swinging from around 70 MPH to over 110 MPH.  This gave us ample opportunity to see if weight or flex tracked consistently with swing speed, but we saw nothing of the sort.

Our slowest swinger did perform best with the lightest shaft, but her best flex was x-flex – a result no one would have predicted.  On the other end of the spectrum, one of our 100+ MPH swingers was best with a regular flex.  Our players in the middle were all over the board in terms of weight and flex preferences.

Once again, we see that there are no hard and fast rules when it comes to fitting, even about things as “simple” as flex and swing speed. 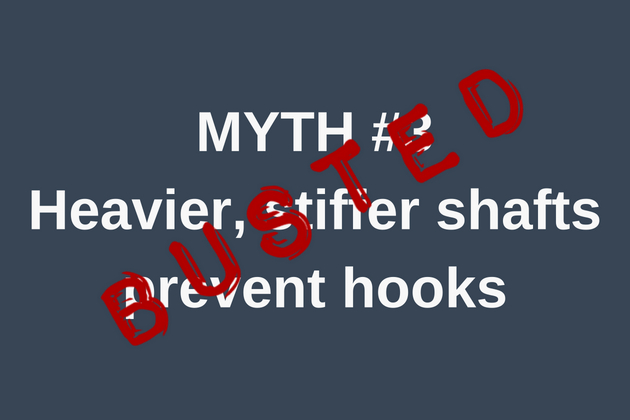 Our testers were just as apt to hit shots to the left with a heavy shaft as a light one.  Whether we looked at the biggest misses or the overall dispersion, we saw no correlation between shot direction and weight or flex. 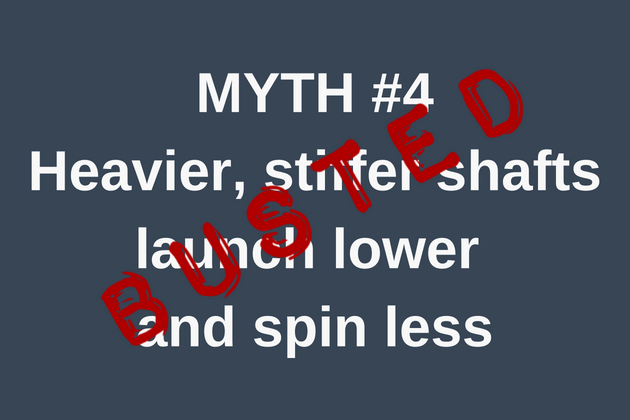 This myth is trashed.

If you need lower launch and spin, going to a heavier, stiffer shaft is not necessarily the way to go. 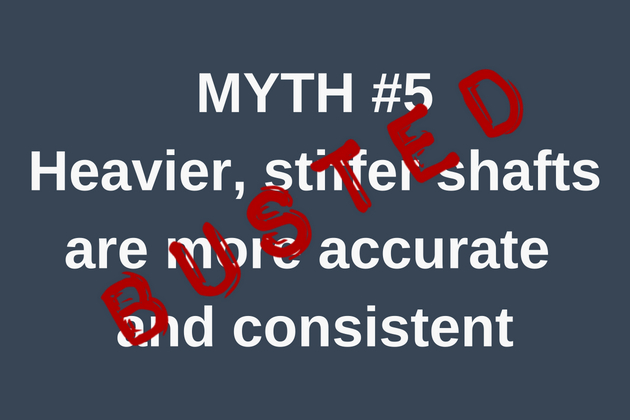 Once again, we see that simple rules don’t hold up.  You can’t get more consistent or more accurate simply by getting a heavier, stiffer shaft.

We saw a similar picture with accuracy.  Whether we looked at average offline or the left-right spread, there were players who were best with light, mid-weight, heavy, regular, stiff, and x-flex.

In talking to our testers about what they felt, the one thing that stood out was the impact of weight.  Six of the seven testers said that the difference in weight was significantly more noticeable than the difference in flex.  The seventh tester claimed to feel both changes equally.

Additionally, every player instantly knew when we had changed the weight.  Some testers – even better players – either didn’t notice the difference in flex or misidentified the change. 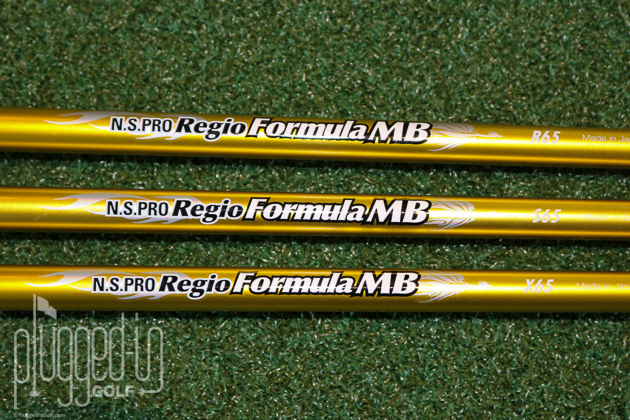 The takeaway, once again, is that there are no hard and fast rules when it comes to club fitting.  Both weight and flex can have a significant impact on the performance of a club, so both should be given adequate attention during a club fitting. 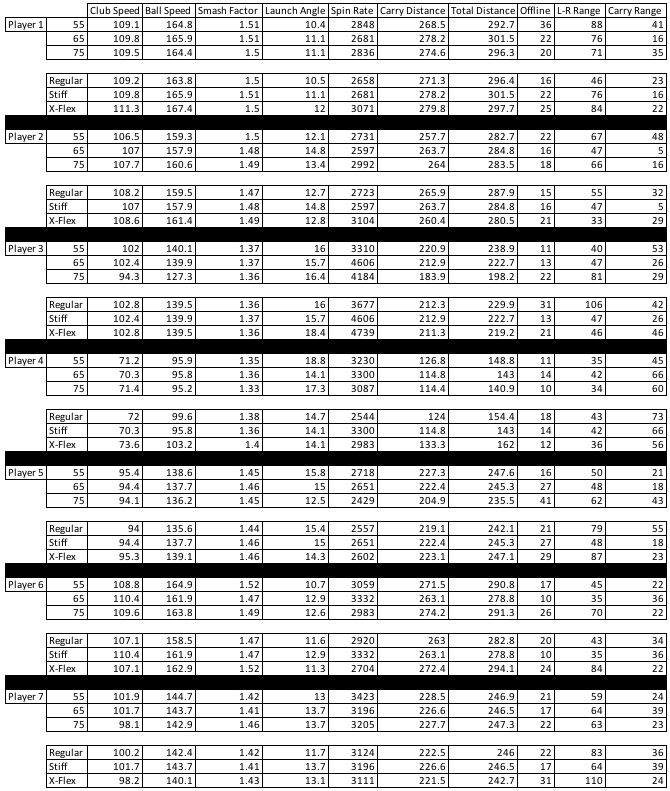