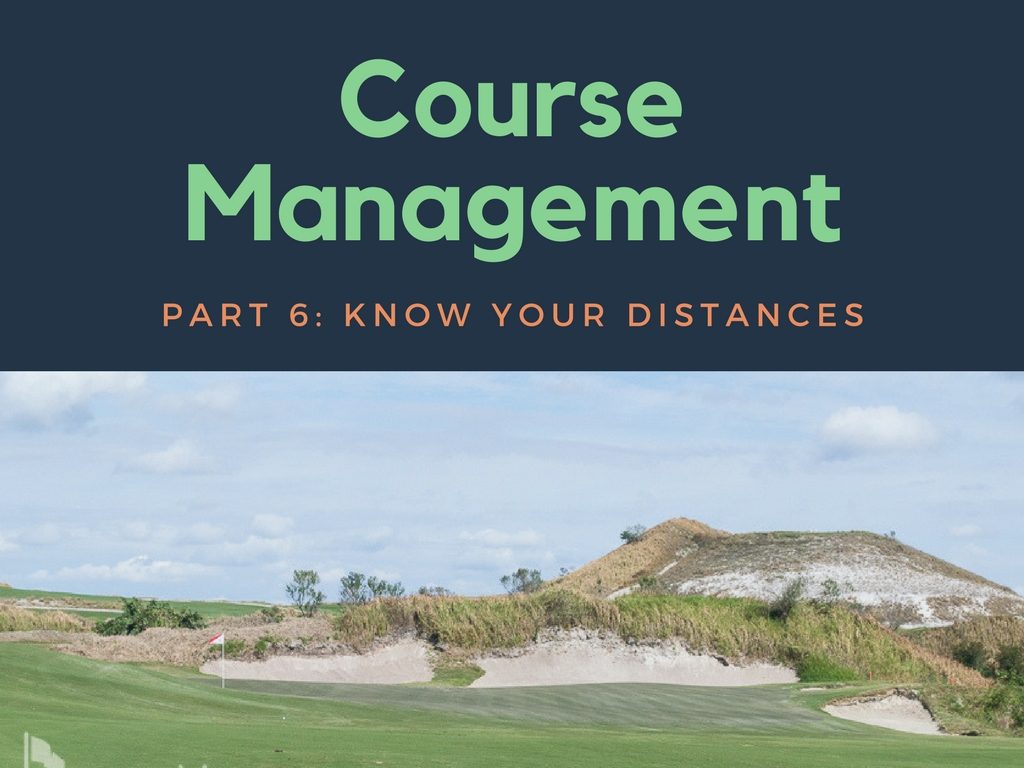 Tell me if this sounds familiar: you get your yardage for an approach and pull a club.  You make a good swing, hit the ball well…and the ball comes up short.  You’re left wondering, “What just happened?”

The explanation, for most golfers, is very simple: you have no idea how far your irons actually go.  Want to fix that?  Read on.

This Series Is For You If:

You want to shoot lower scores with the swing you have

Trying to learn your distances at the range is a fool’s errand.  The balls have been hit so many times they don’t have dimples, there aren’t enough targets, and you can’t accurately judge where your ball landed and finished.

Instead, find someone with a high quality launch monitor.  There are Foresights, Trackmen, and Flightscopes everywhere these days.  Club fitters, practice facilities, golf shops, and teaching pros have them, and will likely let you use them for a nominal fee.  If you’ve got the extra scratch, you might even invest in a Mevo for yourself.

Bring a box of your regular golf balls and hit ten shots with one club.  Now here’s the key part: write down the average (or median, if you prefer) distance.  Everyone thinks that they should play based on the longest shot they’ve ever hit with each club.  That’s a sure fire recipe for leaving every approach short. 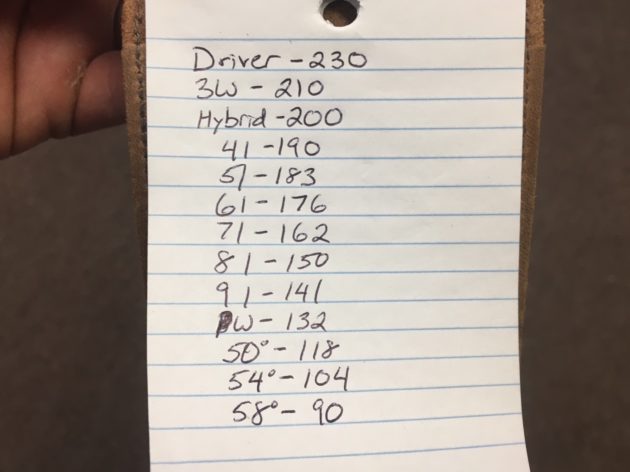 Write It Down & Adjust Your Set

After you’ve worked through your set, write down all those averages and put them somewhere visible.  You could put a strip of masking tape on the shaft and write the number.  You could make a sheet of your yardages, laminate it, and attach it to your bag.  However you do it, make sure that you can easily access it during your round.

Another thing that you can do with that information is adjust your set.  Did you find out that your 4I and 5I go the same distances?  Dump the 4I.  Quick rule of thumb: if it takes more than one sentence to justify why you carry a club, it needs to go.  Carrying fewer clubs is awesome: it makes your bag lighter, makes decisions easier, and it removes the tools that can’t be trusted.

If you have two irons that go the same distance, you might also invest in a spec check.  Have a reliable club builder check the loft and lie of each iron.  If you’ve had the irons for a while, it’s possible that they’ve bent themselves off of their intended numbers.  Getting them back to spec might resolve your gapping issues.

Play the Numbers and Score Better

The hardest part of all is adjusting your behavior on the course.  If you’ve always hit 7I from 150 yards, but learned that your average 7I actually goes 140 yards, pulling 6I is going to be tough at first.  No one likes being the guy who’s hitting more club than everyone else, but I guarantee it’s better than being the guy who is reaching into his wallet to pay off bets at the end of the round.