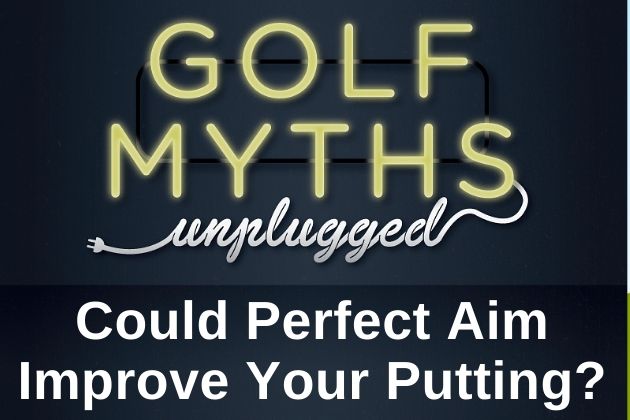 How Much Does the Read Matter?

Golfers spend a huge proportion of every round staring at the subtleties of the ground between their ball and the hole.  From Aimpoint and plumb bobbing to apps and green books, there’s an entire mini-industry built around finding the “perfect” read.  But does it matter?  Would golfers actually make more putts if they had the perfect read?  We tested that for this edition of Golf Myths Unplugged. 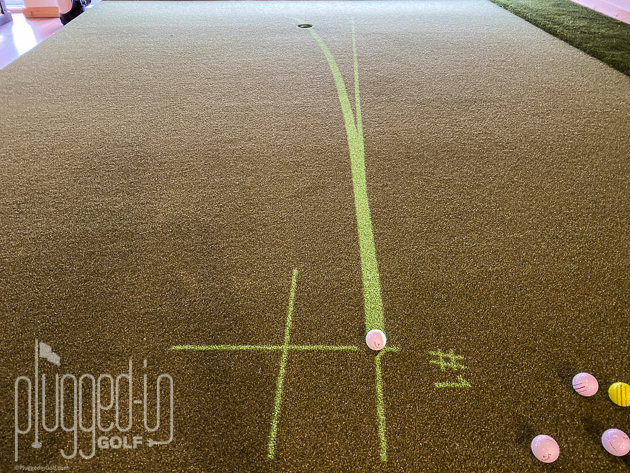 For this test, we brought together eight golfers who ranged in ability from Tour professional to mid-teens handicappers.  Using a Virtual Green by Full Swing Golf putting green, we set up putts at eight feet breaking both right-to-left and left-to-right.  We chose eight feet because it’s a distance at which golfers can reasonably expect to make a putt.  Each golfer hit at least twenty putts – half with the “perfect” read projected on the green (as shown above) and half without any aid.  We recorded made putts for each condition. 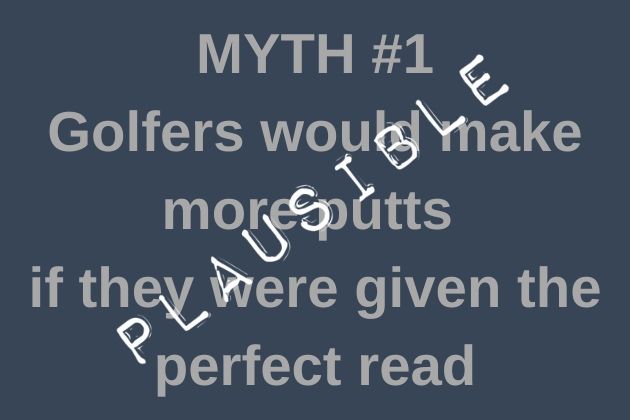 At first glance, this seems like a slam dunk.  How could players not make more putts if they have the perfect read?  However, among our eight players we had almost every conceivable result.

In total, our group made two more putts with the perfect read than without.  That’s a far smaller effect than anyone in our group anticipated.  We were particularly surprised that some players were dramatically better without the perfect read. 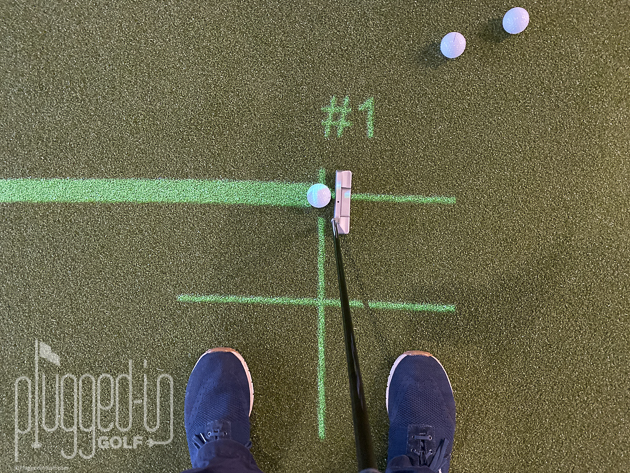 Most of our Golf Myths Unplugged offer opportunities for more testing, but perhaps none so much as this one.

The first thing that we discussed was the issue of speed and whether or not the read was perfect for everyone.  Our “perfect” read was calibrated for “perfect” speed, meaning the ball would stop 18″ past the hole.  That simply didn’t fit all of our testers.  Some stated that they like to slam the ball into the back of the cup, and those players were often better without the perfect read.

We also discussed the visual aids that were presented.  For this test, we gave our golfers every aid the system has, as you can see above.  In talking to our testers, each one liked and disliked different elements.  Our Tour Pro was focused solely on the line behind the ball.  Others stated that they found themselves too caught up in the line on the ground and couldn’t focus on the cup.

The other question that stands out relates to the type of putt.  Would the perfect read lead to better results if the break was more severe?  What about a longer or shorter putt?

Again, future testing opportunities abound.  We could alter the perfect read to suit each player’s preferred speed.  The visual aids may be altered or simplified.  We can also look at the effects of “perfect” reads at different distances and break severities.  What do you want to see?  Let us know in the comments section.

While having a good, or even perfect, read is important, it’s far from the only ingredient in good putting.  Even our best putters made only 80% of their putts at eight feet when given a perfect read.  Controlling speed and start line are critical skills that can only be developed with practice.

Putting is also intensely personal.  A visual aid that works for some players may not work for others.  Figuring out what works best for you is a key part of becoming the best putter you can be.