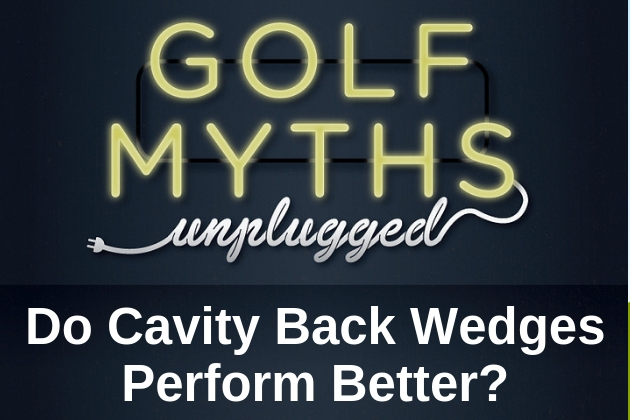 What’s Best for Your Short Game?

When it comes to wedges, golfers have more choices than ever before.  There are traditional blade-type wedges, cavity back wedges, wedges that match irons, and even super specialized wedges like chippers.

In this edition of Golf Myths Unplugged, we’re pitting traditional wedges against cavity backs and set-matched wedges to see which one performs the best.

For this test, we brought together five golfers with handicaps ranging from scratch to 12.  Each player hit three wedges: the gap wedge from a game improvement iron set, a cavity back wedge, and a blade wedge.  All three wedges were built to the same loft, lie, length, and swing weight with the same shaft.  Each player hit seven full shots with each wedge, and every shot was recorded. 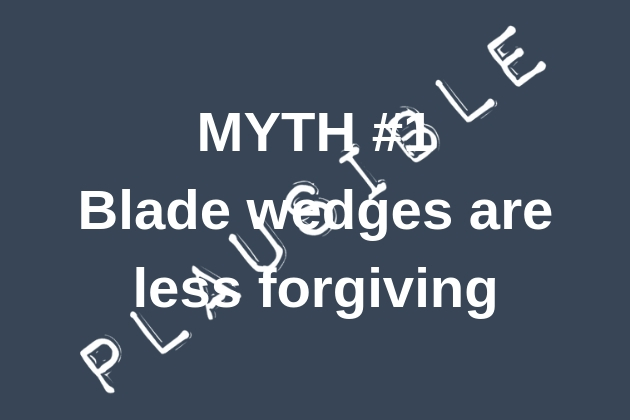 To judge forgiveness, we looked at distance dispersion, the gap between a player’s shortest and longest shots.  The blade wedge finished in the middle – less forgiving than the set-matched wedge but more forgiving than the cavity back.

Looking at the individuals, three had their best distance dispersion with the set-matched wedge, two with the blade wedge.

It surprised us that the blade wedge outperformed the cavity back, but it’s possible, perhaps likely, that the cavity back would come out on top in a larger test or one that involved higher handicap players. 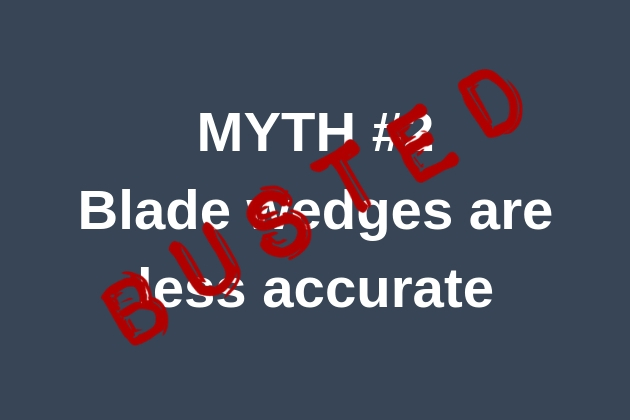 This result surprised everyone involved in the testing: the blade wedge was the most accurate for three of our five testers.  For the group as a whole, the blade wedge had the best average and median accuracy.  To be clear, we are referring to accuracy in terms of distance from the center line.

To be fair, the differences in accuracy were not huge, but every foot matters in the short game.  We have no clear explanation as to why our testers were more accurate with a lower-MOI club, but the results are unambiguous. 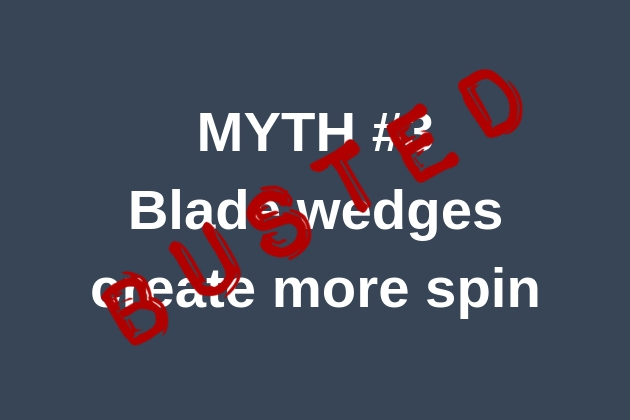 Busted!  Not one of our testers posted their highest spin numbers with the blade wedge.  In fact, the blade wedge was the lowest spinning wedge for each tester.

Surprisingly, the set-matched wedge proved to be the highest spinner for four of our five testers.  It was also the most consistent for three.  The other two found more consistency with the cavity back wedge. 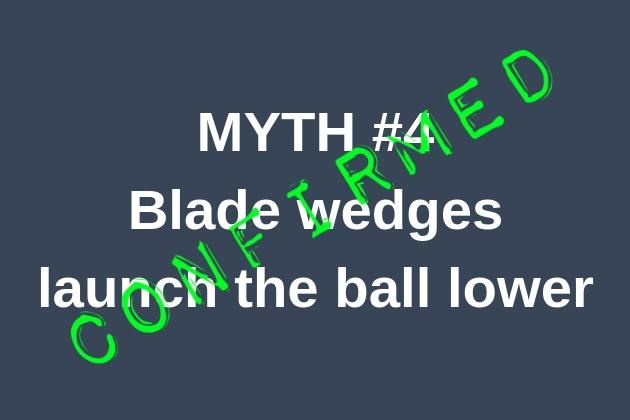 This one is clearly confirmed.  Every player in our test had their lowest average launch angle with the blade wedge.  On average, our testers launched the ball two degrees lower with the blade than with the cavity back.

Interestingly, each player also had their highest launch with the cavity back wedge, and the set-matched wedge was in the middle.

What was surprising was that there was no clear pattern when it came to launch consistency.  Two players were most consistent with the blade, two with the cavity back, and one with the set-matched wedge. 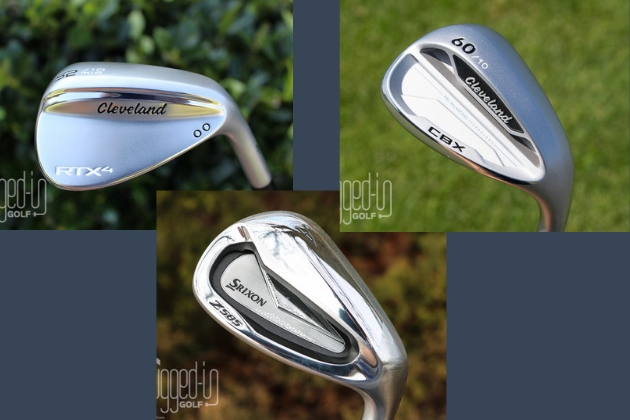 The picture we’re left with after this test is hazy.  The blade wedge outperformed expectations in forgiveness and accuracy but was a big loser when it came to spin.  It would be interesting to repeat this test to see if the non-blade wedges made their case more clearly with higher handicap players.

It’s also worth pointing out the obvious: this test dealt with full shots which is only part of the wedge game.  A large part of the appeal of traditional blade wedges is the variety of sole options available and the versatility that brings.

For now, we are left with our standing recommendation: if you want your clubs to perform well for you, spend time with a qualified club fitter.