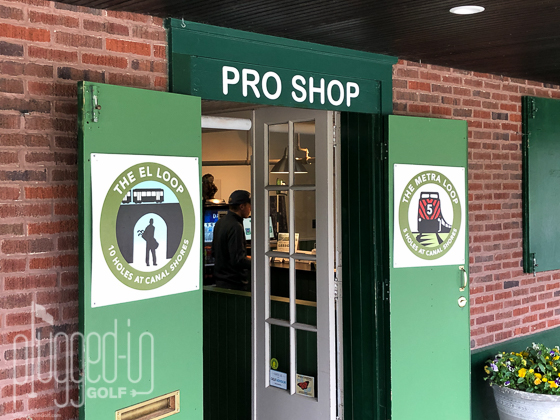 Canal Shores Golf Course, located just north of Chicago in Evanston, Illinois, is a great example of what happens when a community gets together to create something.  The golf is fun, but it’s the spirit of the place that’s really special. 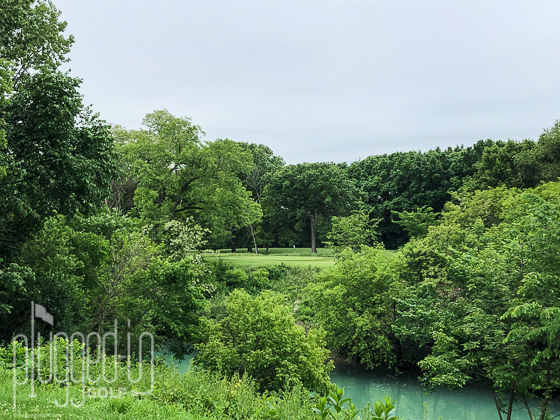 I know that the title of this piece has the word “review” in it, but that’s probably a lie.  At least it’s half of one, because I can’t be objective about this place.  When I pull up to a course where the pro shop is in an American Legion hall, there’s a giant inflatable dinosaur co-opting the first two holes, and sixty kids are excitedly learning the game, it doesn’t really matter what else happens because I’m already sold. 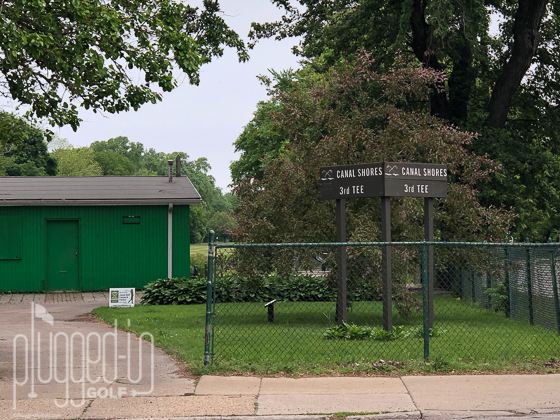 If you’re seeking a perfectly manicured paradise removed from the hustle of the city, keep driving.  Canal Shores is unapologetically scruffy and urban.

Canal Shores is woven into the surrounding town of Evanston.  As you play, you’ll cross the namesake canal twice in addition to crossing several roads and passing under the El.  You’ll get views of the local fire station and see the gorgeous dome of the Baha’i National Center looming over the tops of the trees. 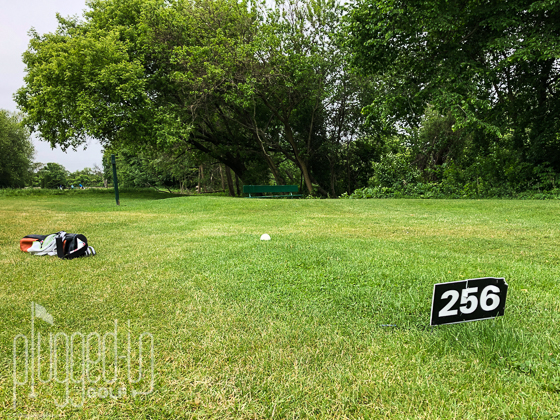 This is a course that lets nature take the wheel.  When it rains a lot, the course is lush.  When it’s dry, Canal Shores turns brown.  The fairways are a little shaggy.  The rough can be uneven.

Is this golf’s stereotypical version of beauty?  No.  Is it something you can find anywhere else?  Not a chance. 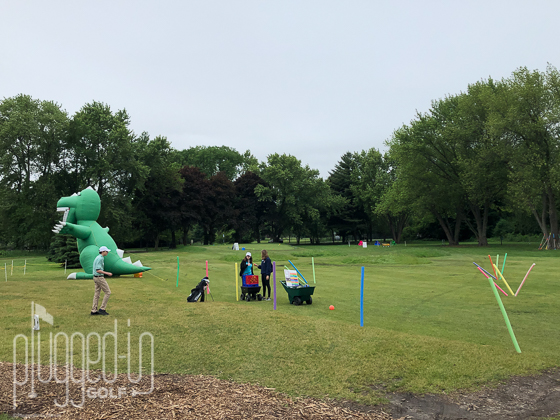 Canal Shores’s routing through the community is a perfect metaphor for the way this course is for, by, and of the people.  As you play your round, you’ll encounter countless residents (and their dogs).  This is a course that embraces being part of something bigger than itself. 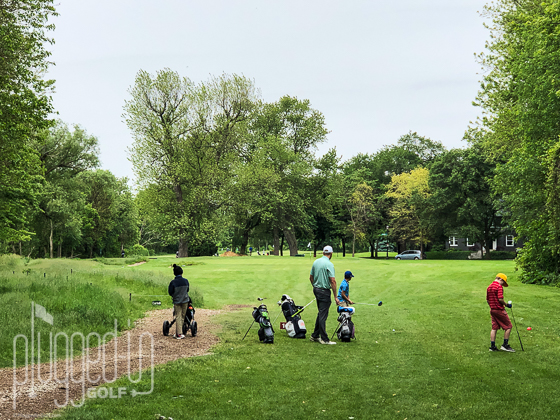 There are countless volunteers who make Canal Shores go.  Volunteers monitor pace of play, cut the grass, and, occasionally, modify the course.  Many of the bunkers were dug by hand by volunteers.  A creek was recently added, you guessed it, by volunteers with shovels. 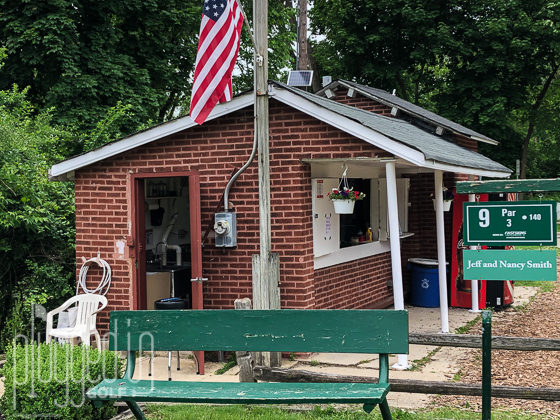 Canal Shores demonstrates its commitment to accessibility by offering a variety of routings.  If you don’t have time for 18, you can play the 5-hole Metra Loop or the 10-hole El Loop.  It’s not unusual to see people jumping on the course during their lunch hour to squeeze in a few holes. 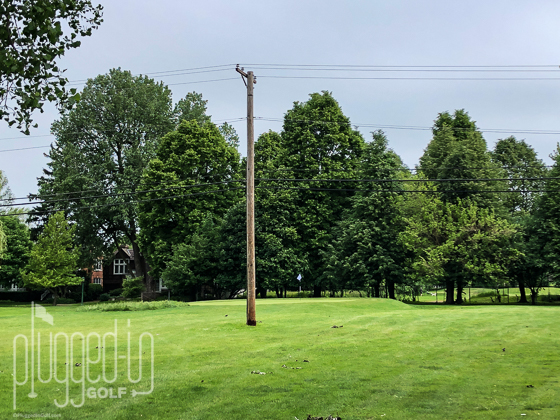 At 3,612 yards with a par of 60, Canal Shores invites you to leave your driver at home and put the emphasis on hitting accurate shots.  Twelve of the holes at Canal Shores are par 3s, and the longest of the six par 4s is just 330 yards. 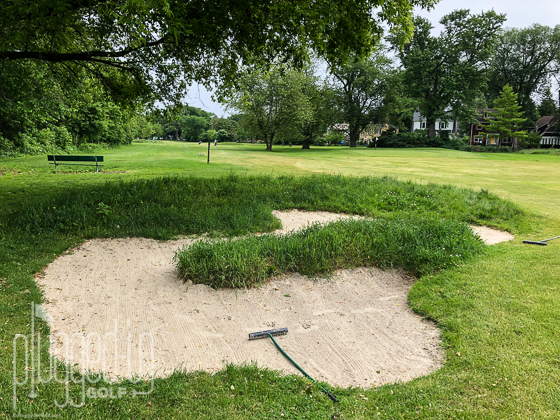 What Canal Shores lacks in intimidating length it makes up for with narrow fairways.  If you lose control of your ball on the wrong hole, it can be lost for good.  The greens are tiny, too, which is great for your putting stats but less so for your GIRs. 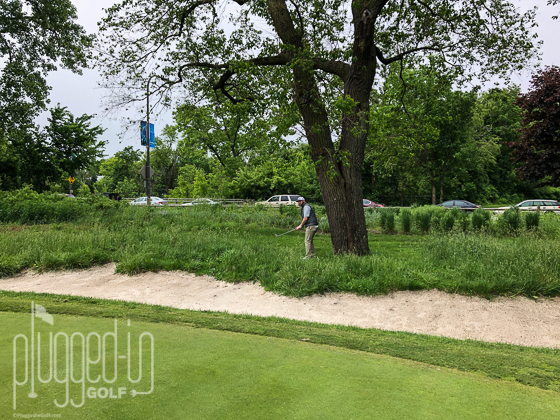 As I mentioned earlier, Canal Shores lets nature dictate the conditions.  If there’s been a lot of rain, you’ll play a course that allows you to attack the pin from the air.  When it’s dry, you need to employ the ground game to get the ball on the green.  This approach is not only economical and good for the environment, it also allows the course to play differently from day to day. 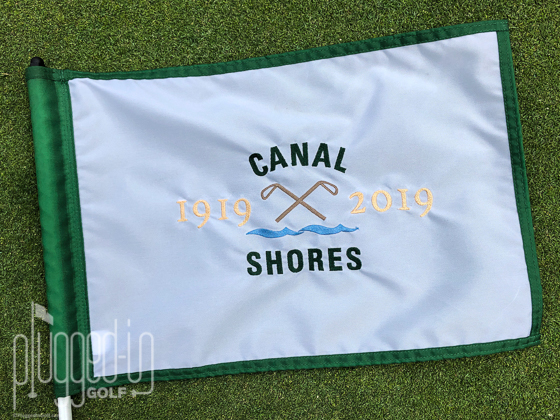 With its maximum green fee of $28, Canal Shores is what golf needs more of.  They are simply doing it right by placing the focus on growing the game, accessibility, and making golf part of the community.  The next time you’re passing through the Windy City, you can hit a bucket list course, but save time for this local institution, too.