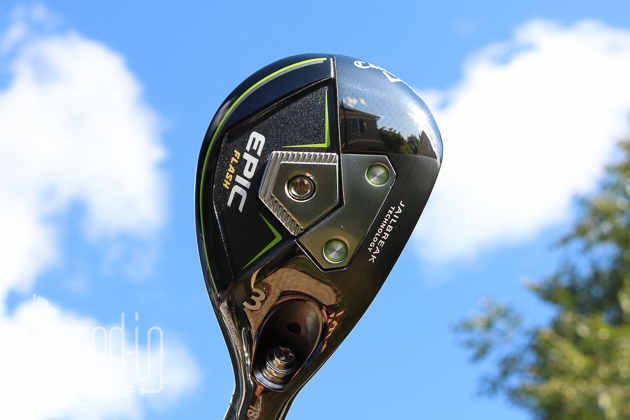 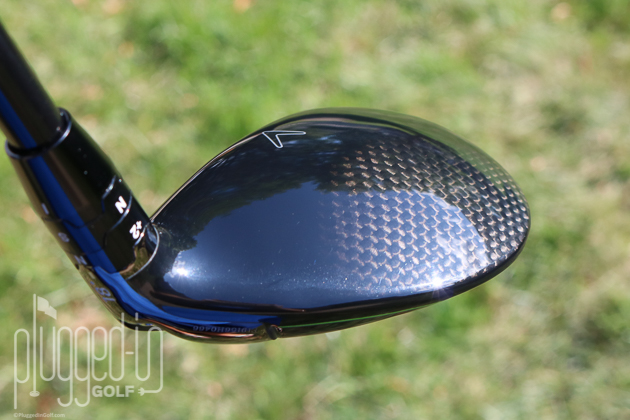 In both drivers and fairway woods (reviews HERE), Callaway’s Epic Flash line has been one of the most dominant of 2019.  Now, new for the fall, the hybrid is making its way to the course.  Can the combination of technologies that was so potent off the tee ease the stress on your long approaches, too?  I tested the Epic Flash hybrid to find out. 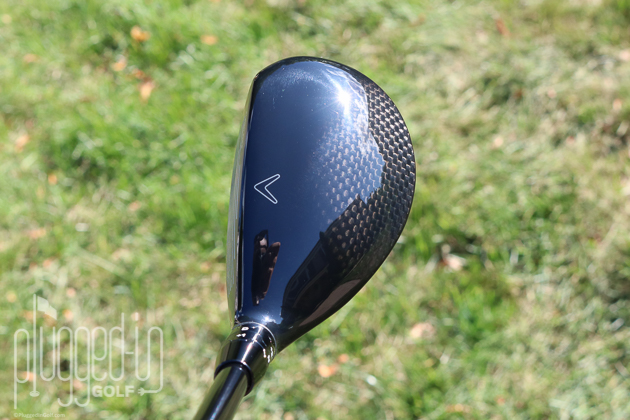 The Callaway Epic Flash hybrid is one of the larger hybrids I’ve tested.  Its face is tall and long, and the head is substantial from front to back.  What balances the size is the substantial pear shape.

In terms of design, the crown has Callaway’s signature black-to-carbon fade and a chevron alignment aid.  The sole shows the club’s Jailbreak Technology and a tungsten weight.  Callaway kept the branding and color minimal to put the focus on the performance tech. 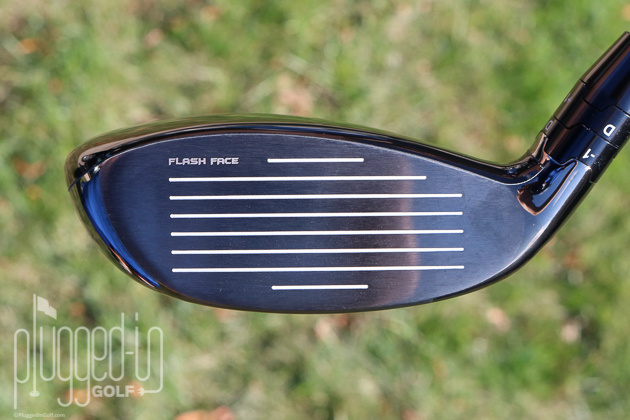 Due to the larger head, I was expecting the Epic Flash hybrid to be among the louder hybrids.  I was pleasantly surprised to find that it actually has a robust, understated impact sound.  Contact produces a crisp, staccato tone that’s slightly metallic without having that fairway wood “tink.”  The sound compliments a feel that is scalding hot.

The other surprise in the Epic Flash hybrid is that the feedback on strike quality is outstanding.  My hands felt my mishits exactly, and the sound of impact changed noticeably when I missed the center of the face. 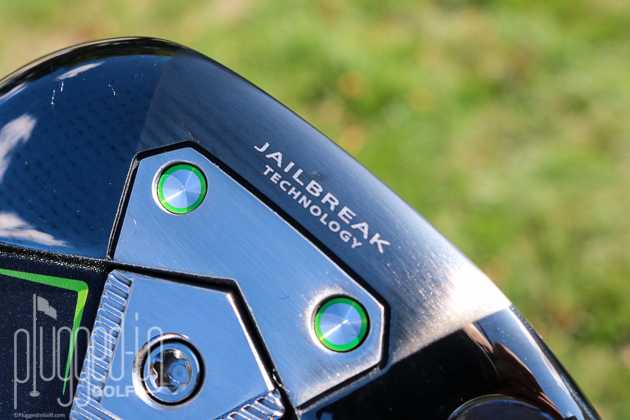 Whether it’s for making a par 5 reachable in 2, getting to a perilously long par 3, or recovering from a bad tee shot, golfers want their hybrids to be long.  The Callaway Epic Flash hybrid puts a giant checkmark in that box.  This is easily one of the longest hybrids I’ve ever hit, and what makes it really stand out is that the distance feels like it comes effortlessly.

The main driver of distance is ball speed.  Callaway built the Epic Flash hybrid with an Ultra-Thin Face Cup and Jailbreak Technology so that the ball jumps off the face whether it’s hit pure or not. 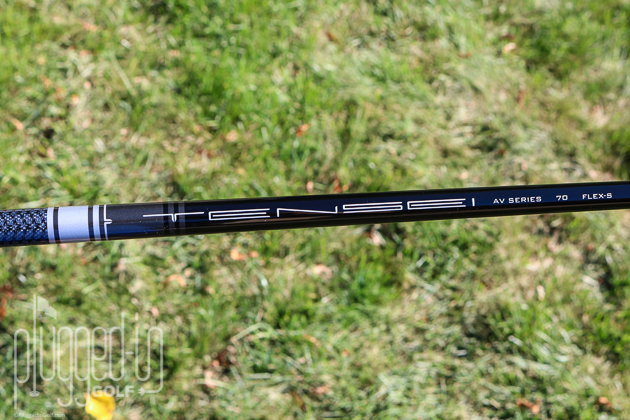 What’s almost as important (but will go unappreciated by many) is how Callaway dialed in the launch and spin.  Too often, hybrids go for distance by being really low spin.  This works for some players, but is sub-optimal for others and won’t allow shots to hold a green.  With two metal injection molded tungsten weights, Callaway allows the Epic Flash hybrid to launch at medium trajectory with enough spin to maximize carry and still hold a green.

To further dial in trajectory and distance, Callaway has added the new OptiFit 3 hosel.  This allows golfers to adjust both the loft and lie angle.  This newest version is the lightest yet, giving the engineers at Callaway even more discretionary weight. 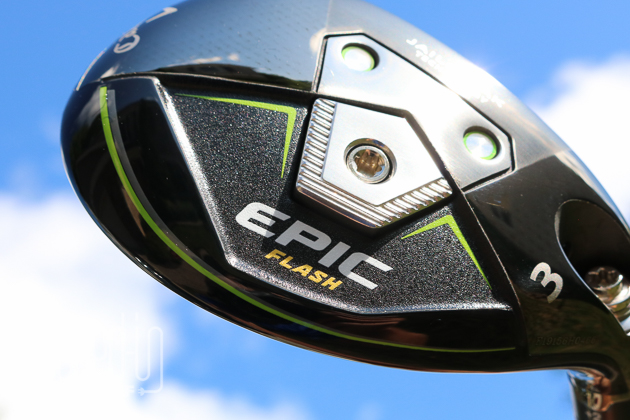 If you need your hybrid to be forgiving, long, and you want to the ability to hold greens, the Callaway Epic Flash hybrid is one of the few hybrids that can fit the bill.  The technologies that have trickled down from Callaway’s drivers give the Epic Flash a ton of ball speed, and precise weighting and adjustability allow you to hit the exact yardage and trajectory you need. 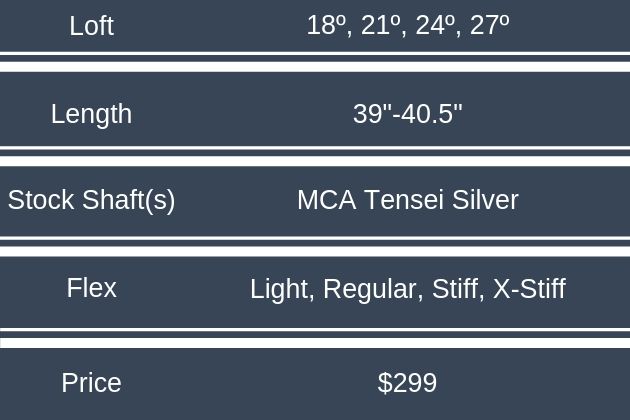