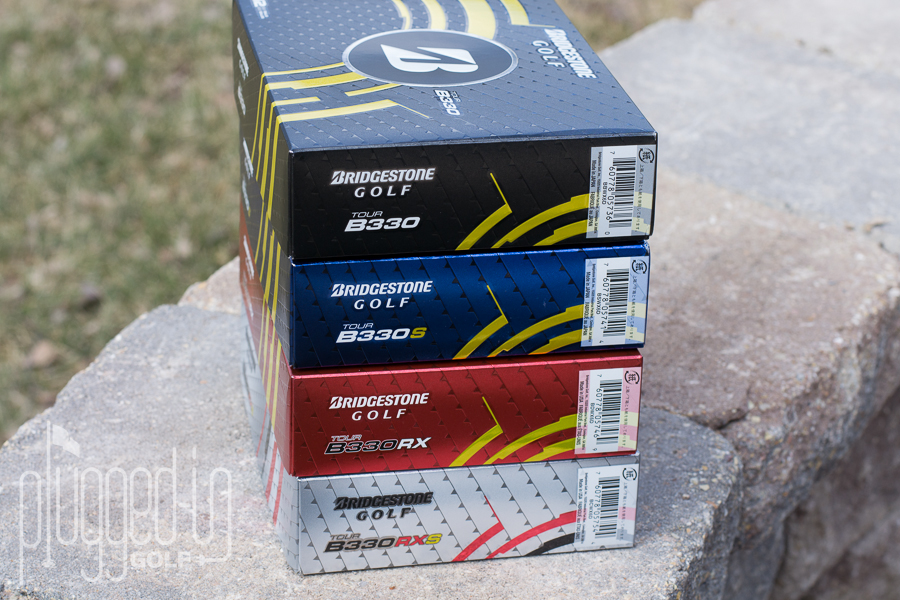 The most complete line up of Tour-level golf balls on the market.  An option for every swing speed and player preference.

When I say that Bridgestone’s Tour B330 family is the most complete in the game, it’s not hyperbole, it’s fact.  What other line up has a ball that perfectly fits PGA Tour winners like Matt Kuchar and Brandt Snedeker, LPGA winners like Paula Creamer and Karrie Webb, as well as the thousands of recreational golfers who buy them in pro shops every week?  By offering a matrix of fitting options for high and low spin and high and low swing speed players, Bridgestone is assured that every golfer can be fit into a Tour B330 ball. 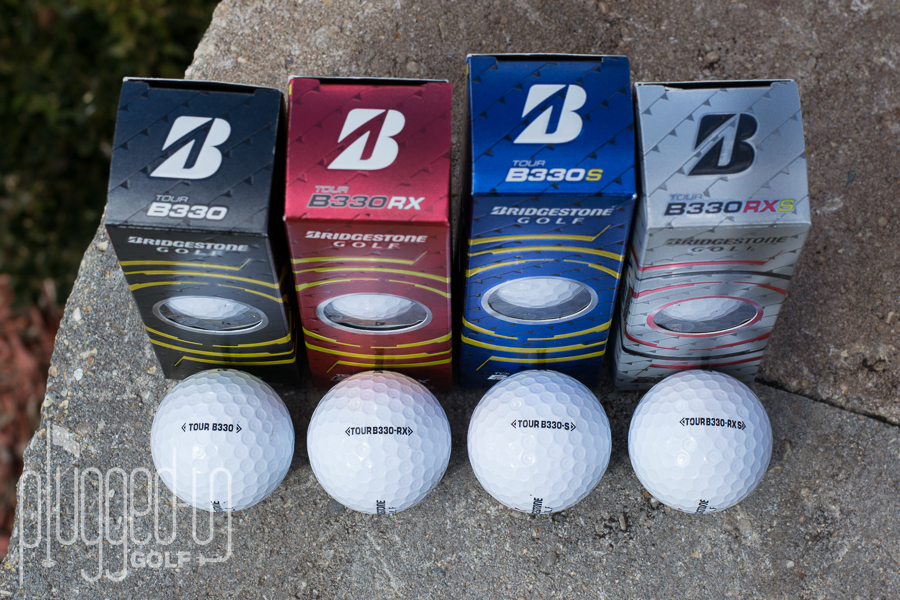 In all honesty, if you like any ball in this family, you could probably be happy playing any other ball.  Each one is easily recognizable as a first-tier tour ball, and it’s only on close examination that you can pinpoint the differences in sound and feel between each one.

For long game testing, I hit each ball on a launch monitor with a driver, hybrid, and a long iron.  What I found was perfectly in line with my expectations and past experience with the Bridgestone Tour B330 series.  The B330 was the lowest spinning and firmest.  It’s the ball that’s designed for the big hitter who wants maximum distance.  For me, the B330-S spun just slightly more and was nearly equal to the B330-RX.  The B330-RXS spun the most and had the softest feel off the long clubs.

In terms of ball speed, the difference between the standard and RX models was negligible for me.  However, I’m a poor example of the differences between the two types as my swing speed is very near the dividing line of 105 MPH.  For players with swing speeds substantially above that threshold, ball speeds should be higher with the B330 and B330-S.  I had some players with slower swing speeds (90MPH and below) try these balls with their drivers and they got significantly better returns from the RX and RXS. 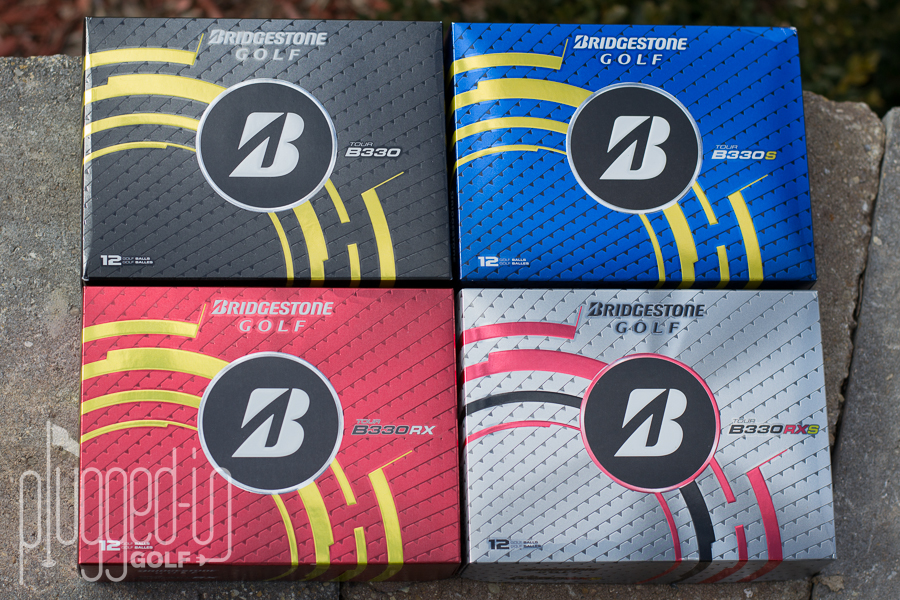 In the short game, the “S” balls really separated themselves from the B330 and B330-RX: both spun measurably more on full and partial wedge shots.  Though the difference was clear on the launch monitor, it was less noticeable on the course.  The B330-S definitely feels softer and checked up a little faster than the B330, but it was not as if one spun back and the other ran out.

If you’re a skilled player, I would recommend judging the short game ability of these balls on feel as much as launch monitor spin numbers because any of these balls is more than capable of performing any short game shot.  Though the B330-S and B330-RXS did post higher spin numbers, players who prefer a firmer feel off their wedges should opt for the B330 and B330-RX.

Who This Ball Is For

Anyone who wants to play a Tour ball but doesn’t want to compromise on distance.  There’s a ball in this line up for every player, from the high speed, high spin bomber (B330) to the lower speed player who wants every last RPM (B330-RXS).

To find the perfect Tour B330 model for you, Bridgestone offers a couple of good options.    To find a free, live fitting, check out their calendar of events (HERE) to see if they’re coming to your area.  If you can’t make it to an in person fitting, there’s the online Golf Ball Selection Guide (HERE) which is pretty slick.  You input some basic information (driver distance, average score, etc) and, based on their fitting database (250,000+ fittings and counting), they make 3 recommendations.  Next to each recommendation, they display the percentage of golfers like you who were fit into each ball.  The online tool fit me to my favorite Tour B330 model, the Tour B330-S. 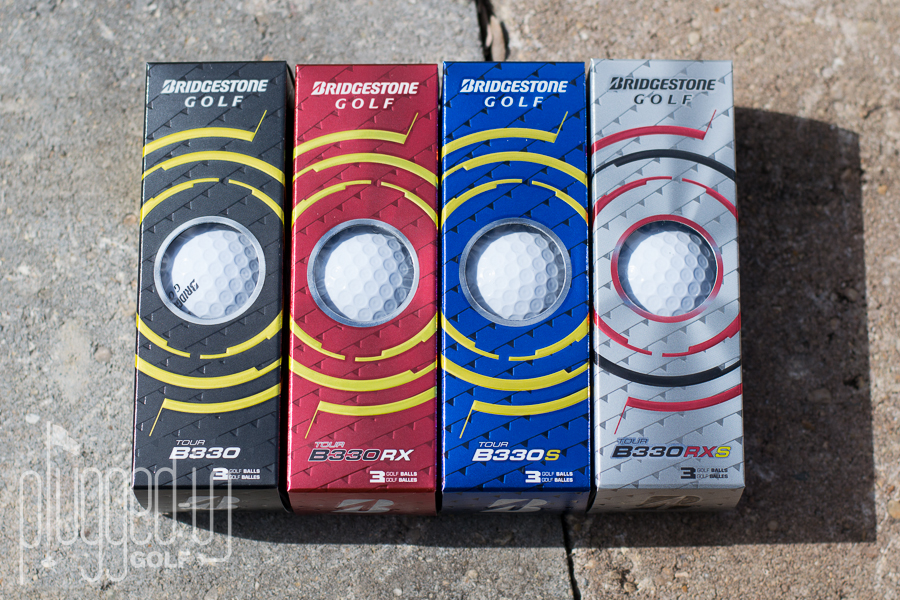 If you want a tour caliber golf ball that will let you dial in exactly the feel and amount of spin you want in addition to being fit for your swing speed, the Bridgestone Tour B330 family is your best option.  No other golf balls deliver tour performance for amateur-level swing speeds like the B330-RX and B330-RXS, and you need look no further than the hottest golfer on the planet, Matt Kuchar, to see how well the B330-S performs on the world’s biggest stage.