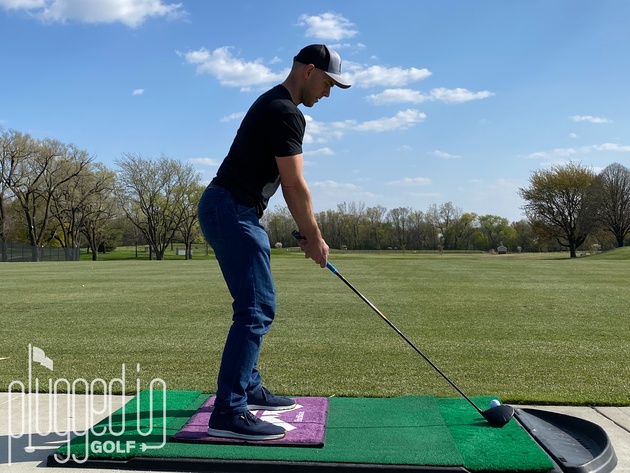 The BodiTrak pressure sensing mat is incredibly precise and reveals worlds of previously unavailable information about your golf swing.

One of my favorite things about high tech gear is that while everything else gets more expensive, technology usually just gets cheaper.  Such is the case with the BodiTrak Golf Pressure Mat.  Where a pressure-sensing mat of this quality used to be a five-figure investment, now it’s within reach of many instructors and some truly passionate players. 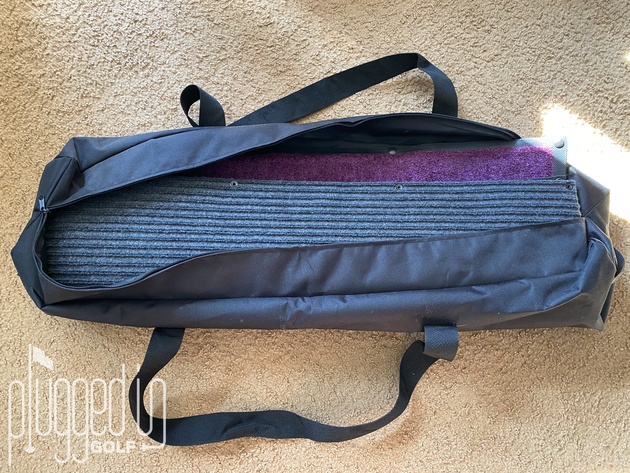 When I unpacked my BodiTrak mat I found several items: the mat, a wireless battery pack, a carrying case, and a power cord.  If you’re at home, you can hardwire BodiTrak to a power source.  The portable battery lets you take your show on the road.

I used BodiTrak with the BodiTrak Golf app on iPad, which is free to download and use.  BodiTrak does not connect through Bluetooth, as I expected, but rather is its own wireless network that you connect your device to.  Once I got that sorted out, using BodiTrak was fairly easy (there’s a helpful YouTube video HERE).  The BodiTrak Golf app is pretty simple to use, though understanding the data fully takes some work.

One small but important note: you will need a way for your iPad to film your swing.  An iPad tripod is a great idea on the range.  If you’re setting up in a semi-permanent indoor area, you might be able to get away with putting the iPad on a table or shelf. 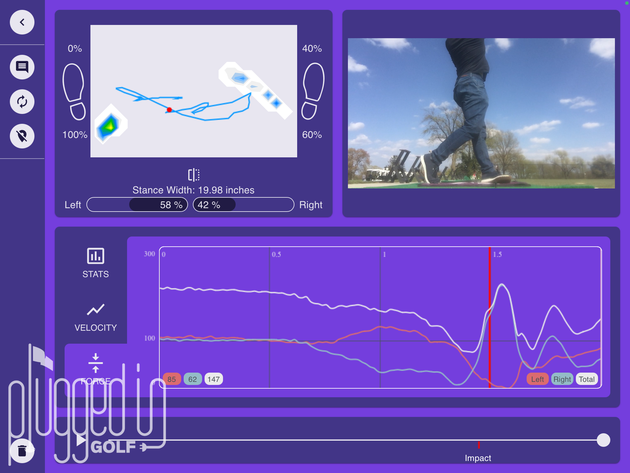 BodiTrak provides both paid and free online courses to teach users about the product.  The BodiTrack Golf Introduction Course [check it out HERE] is free and includes eight short videos that cover the basics of pressure tracking.  It’s well worth it to invest approximately half an hour and watch these videos whether you own a BodiTrak mat or not. 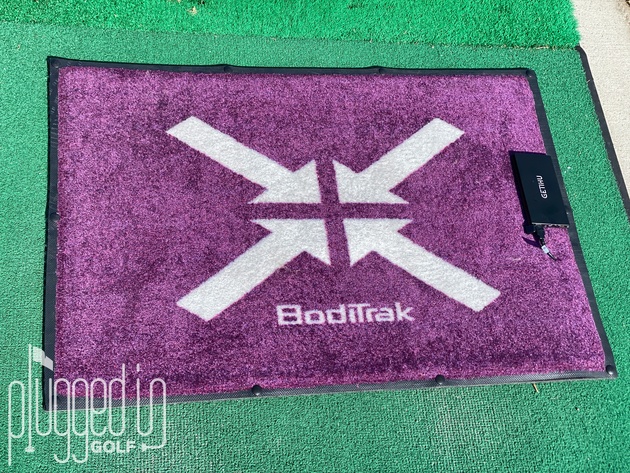 The level of sensitivity in the BodiTrak mat is extremely impressive.  When you’re standing on it and watching the measurements in real time, you can see that it catches every twitch.  It also creates an array of numbers that, frankly, can be overwhelming.  As a piece of technology, BodiTrak is stunning.

Of course, we’re not interested in technology for the sake of technology, we want to get better at golf.  What BodiTrak does is provide a huge amount of data or feedback about your swing.  It’s up to you or your instructor to use that data to get better.  Going back to the online educational pieces I referenced earlier, I think they’re essential to getting the most out of your BodiTrak.

Once you know what you want to do with your swing, BodiTrak is a wonderful tool.  One specific thing that it’s done for me is explain why the Down Under Board [review HERE] has been such an effective trainer for my swing.  Pre DUB, my pressure trace shot out toward my left toe.  This is good for creating speed, but it’s also the reason for my heel-side strike patterns.  Post DUB, my trace is much more linear, resulting in better contact quality and consistency.  By using BodiTrak regularly, I can keep an eye on this invisible foundation of my swing. 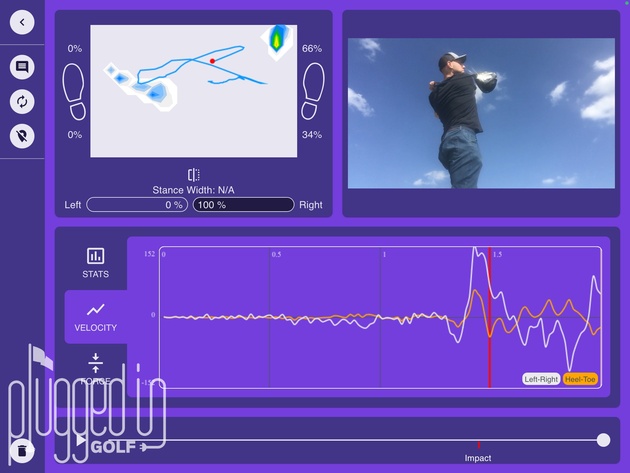 On the basic definition of longevity – how long will this last – I think the BodiTrak is excellent.  It feels very solid, stands up to being thrown around, stepped and jumped on, and hasn’t once been temperamental about connecting to my iPad or producing data.

With regard to how often the BodiTrak will get used, it really depends on you and your practice set up.  If you have an indoor hitting bay where you can leave your technology connected, I can see using this very regularly.  If you need to haul BodiTrak to the range and set up an iPad tripod, the barrier to entry is considerably higher.  You also need to consider what your practice preferences are.  If you’re a technical player who wants data on every swing, BodiTrak is great.  If you prefer to hit a few shots and then play, BodiTrak is not going to see as much use. 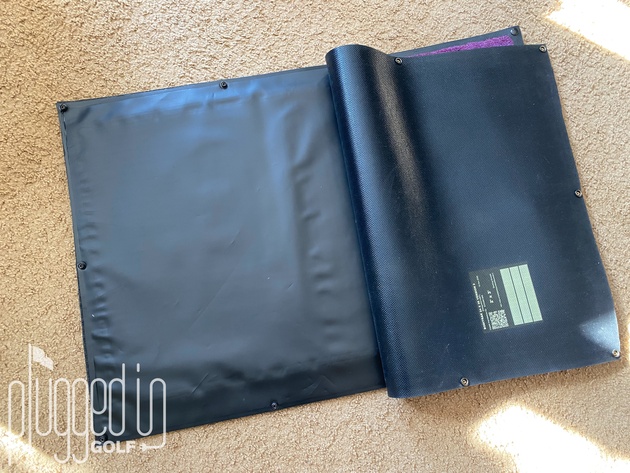 The BodiTrak Golf Mat retails for either $2,500 or $3,500, depending on the size of the mat you want.  The less expensive model is 24″ X 36″, the higher priced version is 24″ X 45″.  This is obviously a major investment, but it is a huge step toward making this technology more readily available.  For the instructor or well-heeled individual, this level of accuracy is not available anywhere else at a price this low. 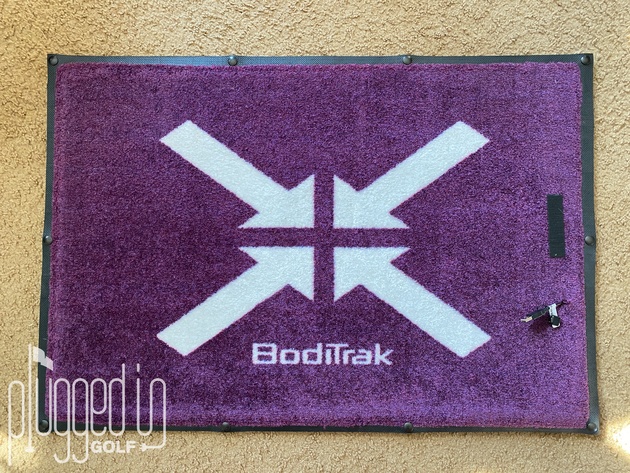 The BodiTrak Golf Mat isn’t for everyone, but for the player that wants to fully understand and change their swing, it’s an amazing tool.  I’ve loved having insight into the invisible parts of my swing, and I look forward to using it to monitor my swing throughout the year.