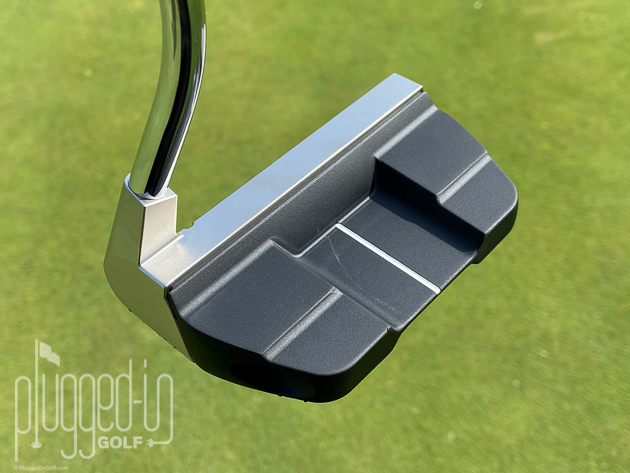 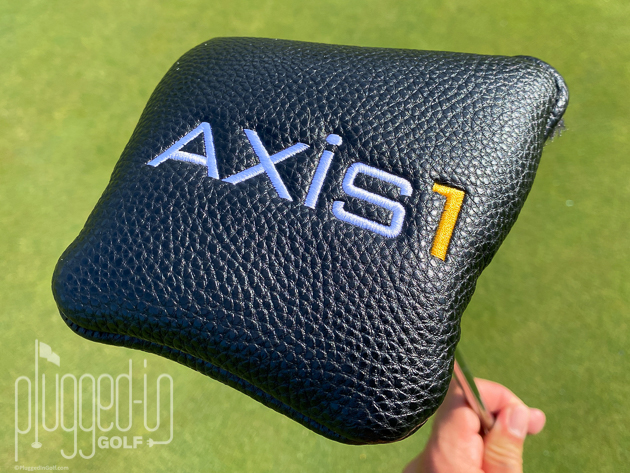 Axis1 was founded in 2006 with the concept of creating a perfectly balanced putter.  While that core idea has remained the same, what’s changed is their ability to infuse their technology into traditional putter shapes.  With former world #1 Justin Rose on board [we reviewed his signature model HERE] and more visually appealing putters in their line up, Axis1 is poised for huge success in 2020.

Learn more about Axis 1 on the Plugged In Golf Podcast HERE. 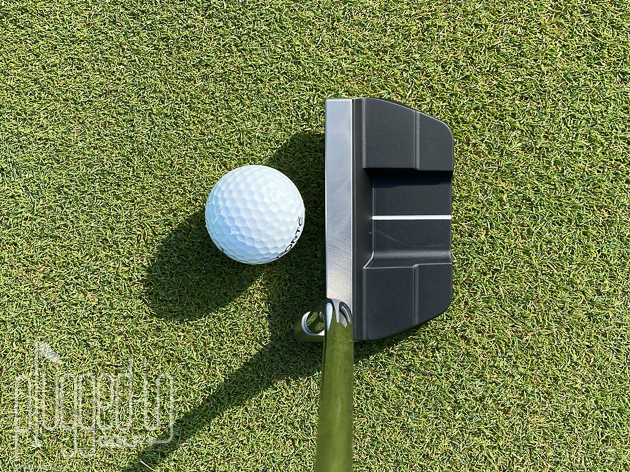 Axis1 takes a unique approach to creating a perfectly balanced, torque-free putter – they put the hosel in front of the club face.  In some of their earlier models, this created a truly unusual appearance that was more than some golfers could get past.  With the Tour-HM, they’ve done a brilliant job of shaping their technology into something any golfer can use. 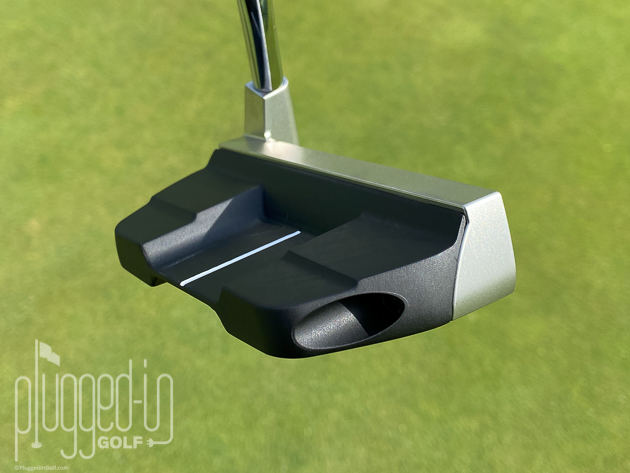 Moving past the hosel, the Tour HM is a traditional mallet in size and shape.  The contrast between the silver top line and the black flange makes it very easy to imagine that you’re swinging a blade.

I want to give particular credit to Axis1 for the shaping of this putter.  Often, putters with strong technology components come up short on aesthetics.  The Tour HM has very nice proportions and smooth lines that guide the eye naturally from one section to the next.  I especially like the way that the cavity frames the golf ball at address. 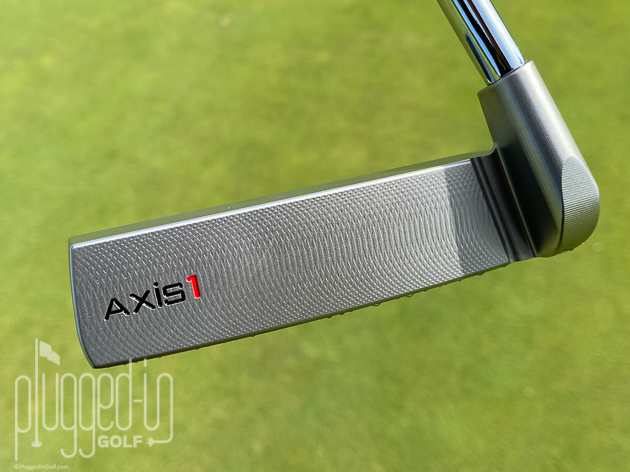 The Axis1 Tour HM putter is exceptionally quiet at impact.  It creates a “tock” that is percussive, not dull, but very quiet.

Because the impact sound is so quiet, there’s not much auditory feedback from the Tour HM.  The sweet spot ends up feeling quite large because most putts near the center of the face produce the same sound.  When you miss the center substantially, the feeling is more dull. 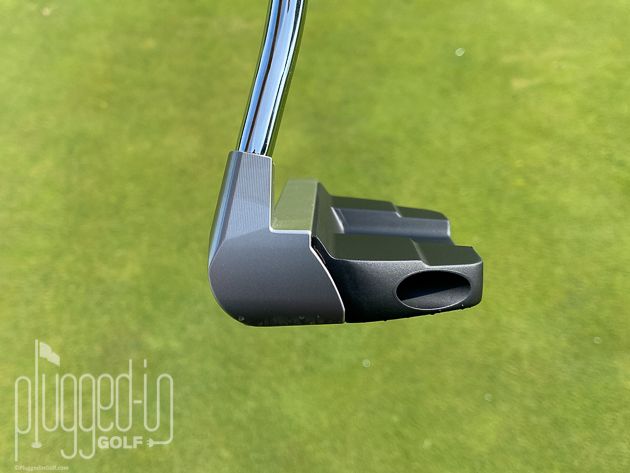 For those not familiar with the concept of torque-free or “perfectly balanced” putters, here’s a quick explanation.  Conventional putters all have toe hang, meaning that when you hold the shaft parallel to the ground, the toe drops to somewhere between 3 and 6 o’clock on an imaginary clock face.  A torque-free putter will keep the toe pointed to 12 o’clock.  The benefit is that the face stays square to the path automatically.  This video HERE from LAB Golf, another torque-free putter maker, demonstrates it best. 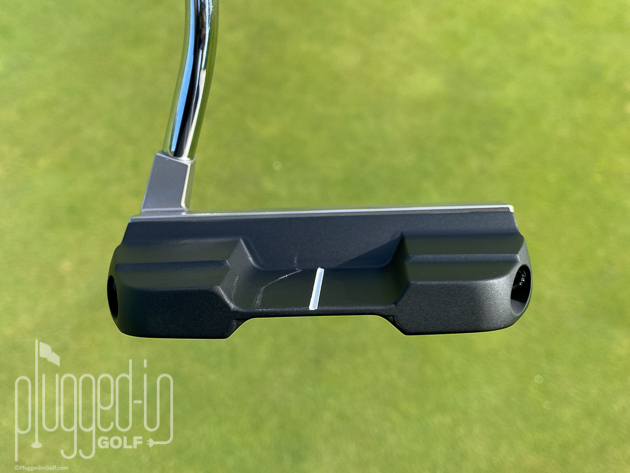 I’ve tested other torque-free putters in the past, and the Axis1 Tour HM gave me all the same benefits that I expected.  By taking my hands out of the equation, I felt like I could just rock my shoulders and the ball would end up in or near the cup.  With the Tour HM, the ball does feel like it comes off the face very slowly, but once I got used to that, distance control was a breeze.  For me, the near-elimination of three putts is the best thing about a torque-free putter.

Where Axis1 is different from the other torque-free putters – and where they have a huge advantage – is that their putters don’t require special fitting.  The Tour HM putter weighs 355 grams and feels just like my other putters, minus the torque.  I could easily switch between the Tour HM and my gamer without any adjustment period.  Axis1 putters are available at major golf retailers where you can go to the putting green and try them yourself.  This grab-and-go ability is not only a major advantage for Axis1, it makes it much easier for the player to make the switch. 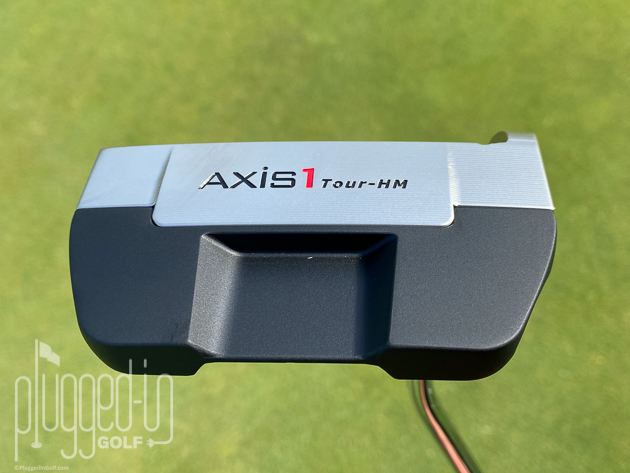 I’ll be honest, Axis1 putters were off my radar for a long time because of their looks.  With the Tour HM, however, they’ve created something that not only performs brilliantly, it looks good, too.  Though I’ve been happy with my putter, the Tour HM is making a serious push to go in the bag.