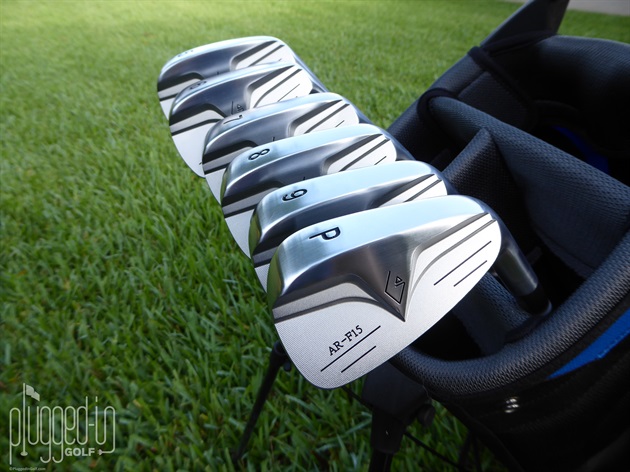 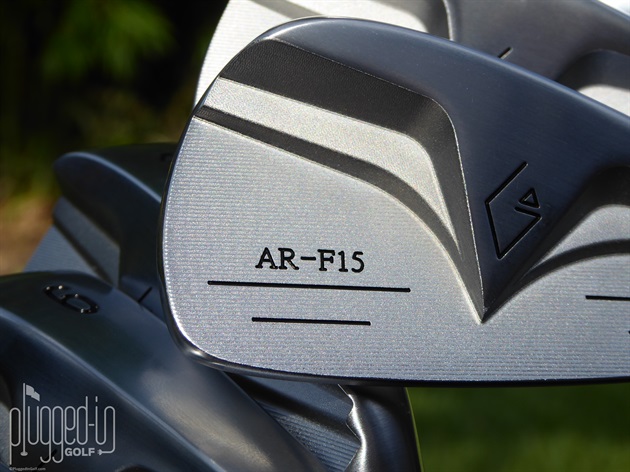 Argolf’s dedication to producing premium putters has been well documented in the numerous reviews conducted by Plugged In Golf over the years [find them HERE].  With proven success on the greens, Argolf designers recently expanded their vision and expertise into producing irons.  For the new AR-F15 irons, Argolf “combines the playability of a blade with the forgiveness of a cavity back.”  Sound intriguing?  I thought so too, and had a set built for testing. 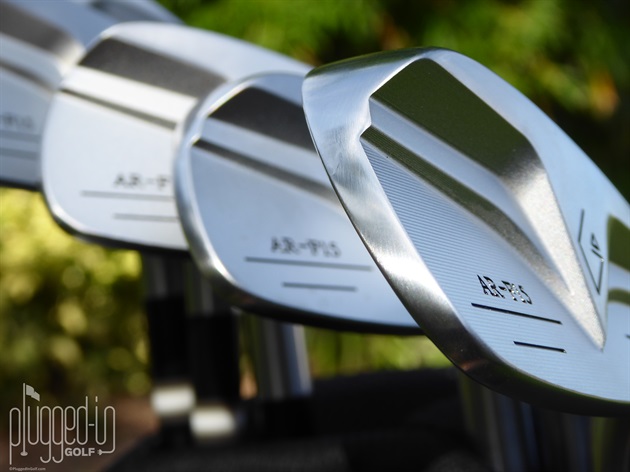 The AR-F15 irons are wonderful examples of Argolf’s ability to provide visual appeal via precision manufacturing.  The tall pointed center and fine milled lines on the back of the AR-F15s create an almost artful, modern look that really stands out. 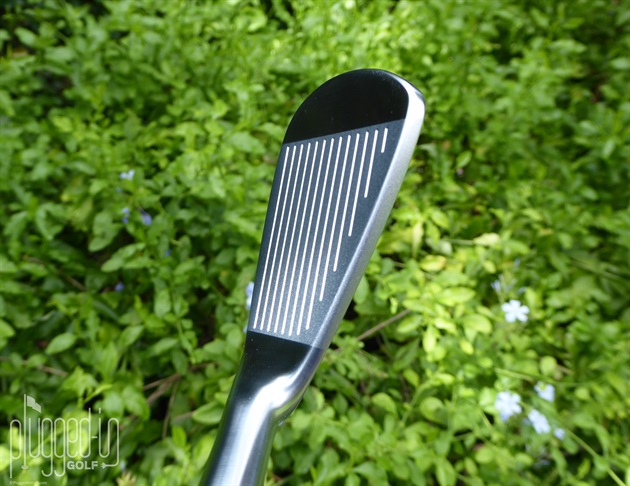 Flipping the club into address position, the thin top line and very slight offset are visually appealing.  The blade length is modest and very much in proportion with the slightly tall face.  Overall, the shaping is well balanced, and I particularly like the profile of the toe.  While compact blades can be intimidating for golfers used to playing game improvement irons, the AR-F15 irons are inviting. 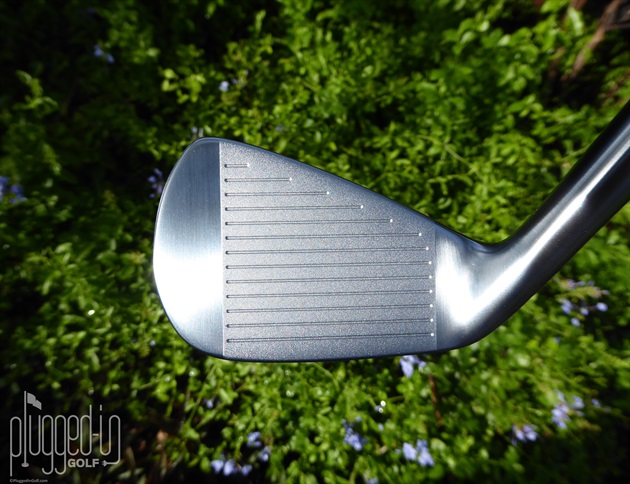 True to expectations for a forged club head, center strikes were oh so pleasing to my hands and ears.  The soft feel made even range balls feel decent.  Sound was a crisp, yet quiet snap with tour level urethane balls.

Small misses lost the flush feel, but nothing harsh.  There was no mistaking when contact wandered towards the heel or toe.  Across the face, tactile feedback on strike quality was more pronounced than the audible component. 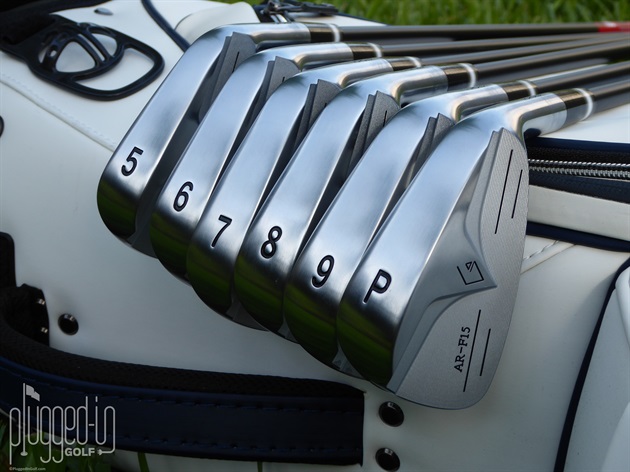 When I stated that I had a set built, it was to highlight that every set is a custom build.  When I didn’t see my gamer Golf Pride grips on the pull down list, a quick message to Argolf resulted in a “No problem” response.  Beyond shaft and grip, Argolf offers customization of length, loft, and lie. 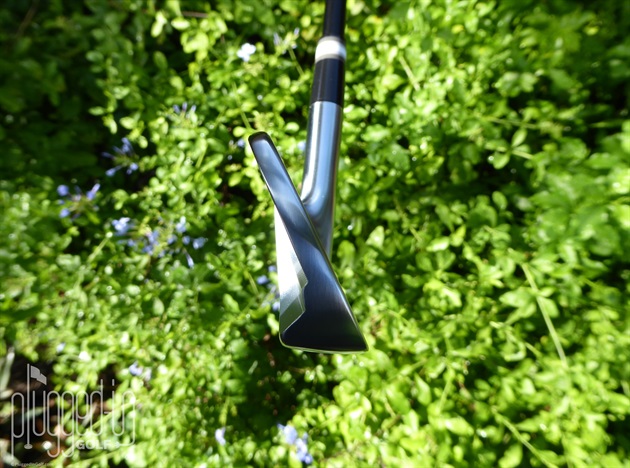 Across the set, I found ball flight to be mid-high and straight with my neutral setup.  Even on my current nemesis thin shots, the ball launched high with a minimal loss of distance – a testament to the low center of gravity created by the weighty sole design and mass behind the sweet spot.  The final field note I made was “Great turf interaction.”

The clubs responded nicely when I set out to work the ball, and I was pleased with the modest draw or fade I could produce.  This amount of playability is exactly what I expect when sacrificing some forgiveness.  Even though the AR-F15 irons have more ‘normal’ lofts (as opposed to the strong lofts of most modern irons), I enjoyed having the control to keep the ball low when challenged by tree limbs.  If you’re obsessed with how far you hit your 7 iron compared to your buddies, these aren’t the irons for you. 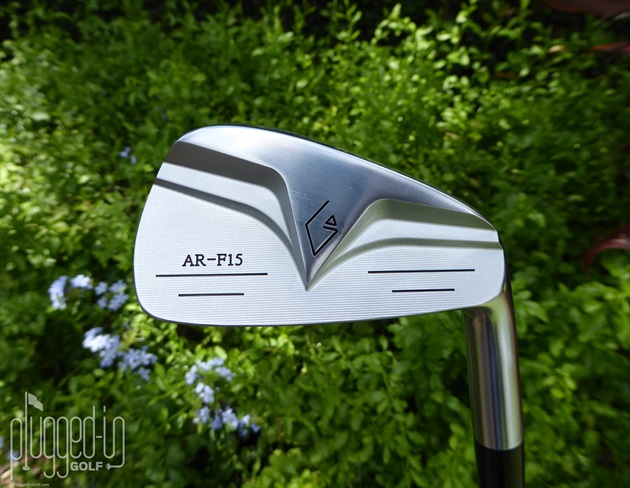 The forged Argolf AR-F15 irons are wonderful looking – both in the bag and in your hands.  The size of the irons offers a nice visual transition if you’re used to playing cavity back irons.  For that same golfer, the sound and feel will be a welcome surprise.  Great balance of playability and forgiveness. 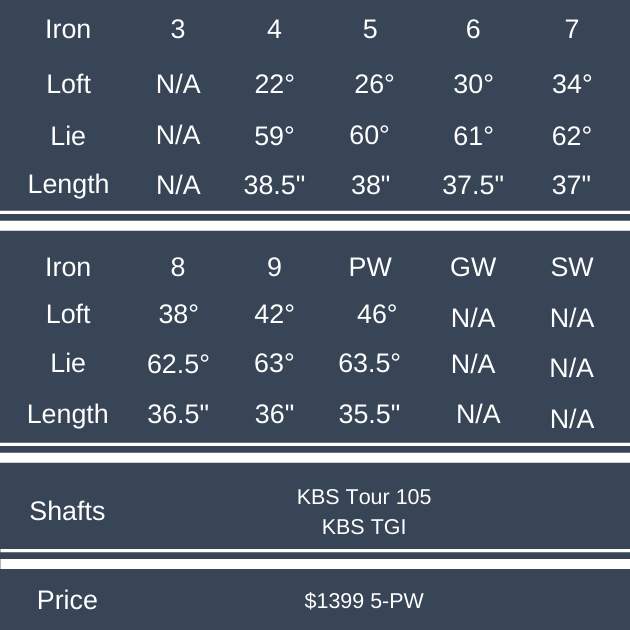