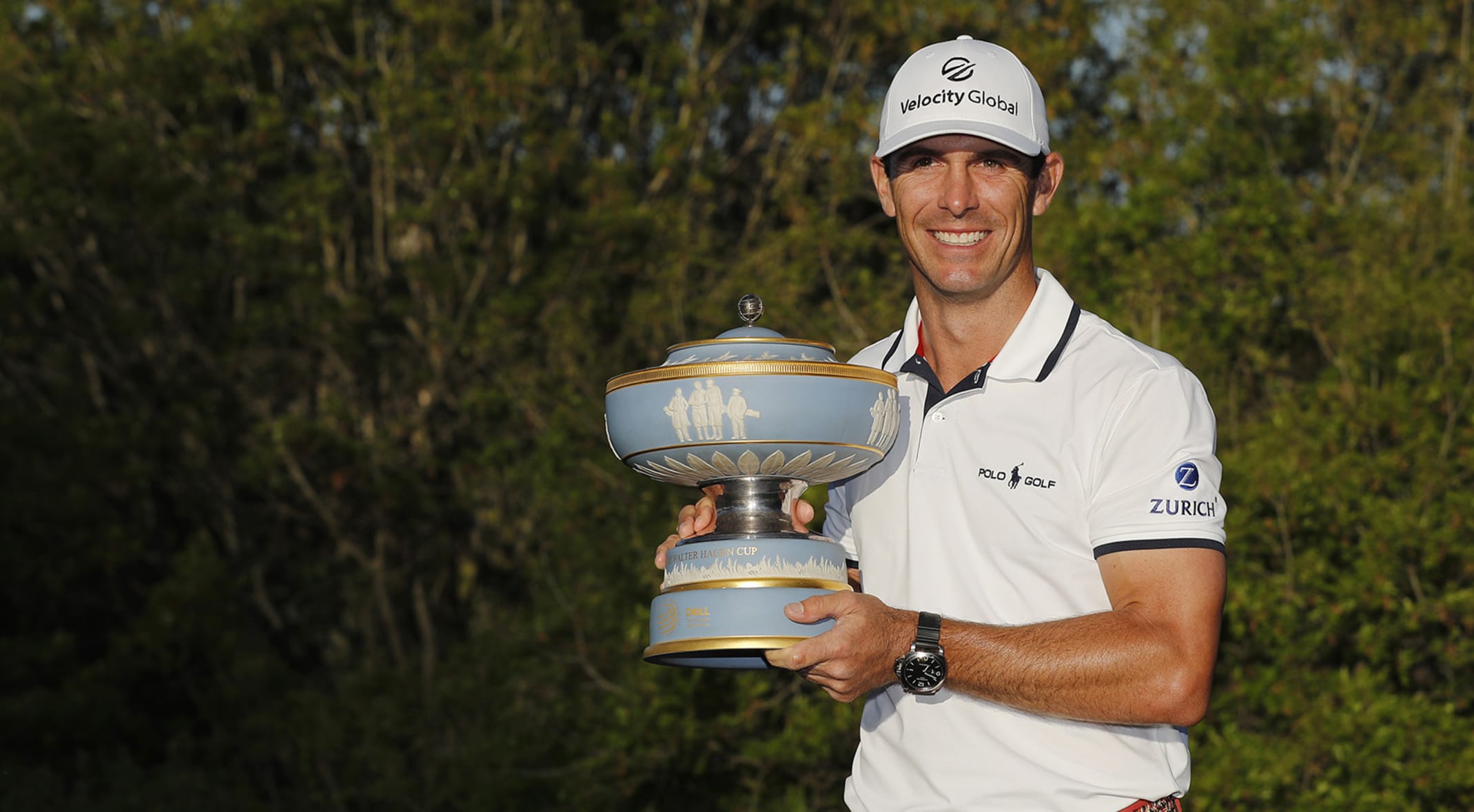 Austin, Texas – After several years of falling short of winning match play opportunities, Billy Horschel finally breaks through as the 2021 WGC Dell Match Play Champion.  Billy Horschel, who admitted to having plenty of chances of winning big in match play formats, was able to shut the door on Scottie Scheffler in the finals on Sunday afternoon in Texas.

Billy started off in group four on Wednesday, which had a tough group consisting of Colin Morikawa, Max Homa, and J.T. Poston.  He posted his only loss to J.T. but because of the format advanced to a sudden death match against Max Homa since both players went 1-1 on the first 2 days.  Billy then won with a birdie on the third hole to advance to the knockout rounds.  In his first round, Billy took out Kevin Streelman easily 3&1 but only edged out Tommy Fleetwood after needing 19 holes to advance.

Billy had made it to Sunday’s semi-final match against Victor Perez.  The front nine was a constant battle going back and forth only to end up all square heading to the back.  Billy stayed focused while Victor faltered a bit with bogeys on ten and eleven and giving Billy a 2up lead.  Billy never let go of the lead and finished him out 3&2.

Billy advanced to the final round on Sunday against Scottie Scheffler.  Scheffler grabbed an early lead going 1up after a birdie at two.  At the par-4 fifth hole, Billy answered back with a birdie of his own.  Scheffler made unforced errors at seven and nine, making two bogeys and giving Horschel the lead heading to the back nine.  Both players carded the exact same score on the back allowing Billy to cruise to a 2&1 win.

This is Billy’s sixth professional win but first World Golf Championship victory.  With this win, Billy takes home a whopping $1.8 million.  Pretty nice for a week’s worth of work.

Next week, the PGA Tour heads to TPC San Antonio for the Valero Texas Open, in the last event before the first major of the year – The Masters.