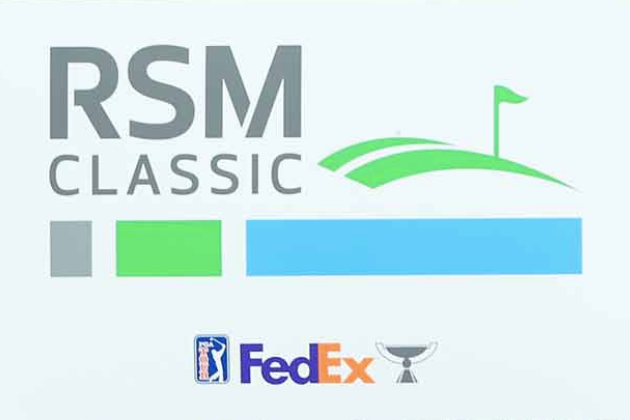 Saint Simons Island, GA — Talor Gooch has won the 2021 RSM Classic. This is Gooch’s first PGA Tour win after playing on the tour since 2017. Along with the title and trophy, he also pockets over $1.2 million in prize money. With this win, he rockets to the number one spot in the FedEx Cup points standings and is exempt through the 2023-2024 season.

The Oklahoma native lead came into Sunday and kept his foot on the gas. He putted with confidence and made a number of birdies in his final round to pull away from the rest of the competition. He’s had a few top tens and top-five finishes, but this was his breakthrough performance. When all was said and done he finished the tournament with a score of 22-under par, winning by three strokes.

Although Gooch won today in a commanding fashion, there were a lot of players bunched upon his heels. There was nobody closer than Mackenzie Hughes who played a wonderful round of golf, shooting 62 on Sunday to finish at PLACE. Behind him was Sebastián Muñoz at 18-under in third place. At 15-under par was the large bunch up with four players finished tied in fourth place.

One of those players who was tied for fourth at 15-under was Tyler McCumber. He shot the round of the tournament though. Today, he nearly holed a putt for a 59, and instead tapped in for a course-record-tying 60.

The next tournament on the schedule is actually the first tournament of the new calendar year, the Sentry Tournament of Champions in Maui, Hawaii. There, six weeks from now, only players who won a tournament in the last year are invited to play. Harris English will look to defend his title in the Aloha State but will have some of the best players in the world who have been at the top of their game in the last year to face off against.

Talor Gooch’s What’s In The Bag