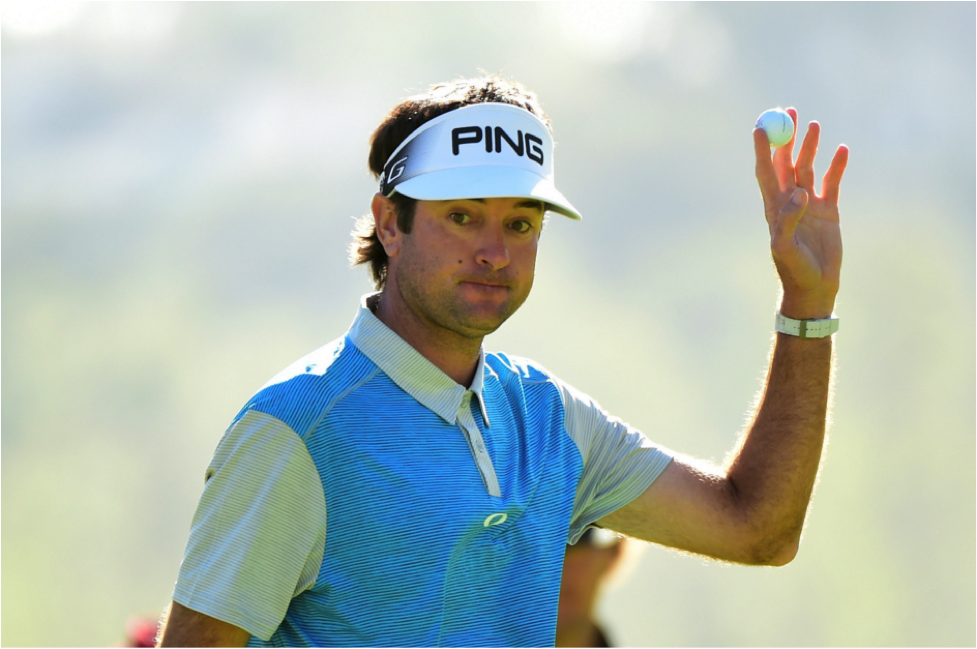 Riviera Country Club, home one last time to the Northern Trust Open, and host to 3 Major Championships over the years (the US Open in ’48 and the PGA Championship in ’83 and ’95).  A course known to challenge the best of ball strikers, requiring such precision and ball placement that it has acquired the nickname of “Hogan’s Alley.”  Not a place for a player like Bubba Watson, known for his incredible distance, and at times, seemingly impossible ball movement, to thrive, right?  Think again.

Bubba carded a final round 68 to finish the Northern Trust at 15-under, one stroke ahead of Aussie Adam Scott and the under-dog from Warren, Ohio, Jason Kokrak.  Other notables in the field included Dustin Johnson, who finished at 13-under in solo fourth place, and Rory McIlroy, who finished tied for 20th after a dismal 75 on Sunday.

Bubba came into Sunday as the 54-hole leader, a spot that he had held eleven times previously on Tour for a shaky 2-9 record.  Many doubted Watson’s ability to close on Sunday, but knowing Bubba’s personality, you know that he didn’t.  Bubba closed out the tournament with birdies on 16 and 17, and a clutch par to end the day.  On his second shot at 18, Bubba let go of his club on his 177 yard approach, and the gallery, including clubhouse leader Adam Scott, held their breath.  In typical Bubba fashion, that release of the right hand was no indicator of a poorly struck shot, and the ball stuck to inside 15 feet for an easy two-putt par, and another Riviera Victory for Watson.

The victory brings Watson to 9 total victories on the PGA Tour, including his two Master’s Championships.  The next question is when will Watson get to the elusive number of ten total wins on Tour?  With the way he’s been playing, my money is on later this season.  Whether that will bring another Major Championship or not, only time will tell, but for now, Bubba will still be happy at 9 wins.  His 9 wins leave Bubba only two wins behind Rory and are more than the likes of the top two players in the world currently – Jordan Spieth and Jason Day.

Bubba Watson’s What’s In the Bag

Bubba plays his driver, fairway woods, and irons set to 10 Degrees open.  He also has his grips set up with +11 wraps on the top and +13 wraps on the bottom.  Talk about big hands! 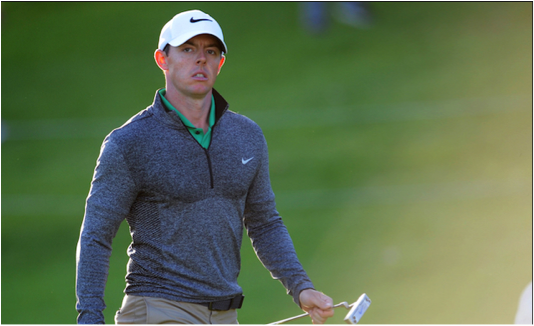 Rory made his first start of the PGA Tour season on Sunday, his first since his season ending ankle injury before The Open Championship last year.  This was also his first start at Riviera Country Club. He got off to a hot start, shooting 67 – 69 – 67, and Rory was just 2 shots back heading into Sunday.  To end his round Saturday Rory’s approach on 18 went far right, just behind a spectator tent.  Rory was able to take relief and hit a near impossible shot to just inside of twenty feet. Bubba had almost the same exact shot as Rory later that day, sticking his approach to 5 feet and making par as well. Rory posted a Saturday 67, and seemed to be in prime position to make a Sunday run.  That was as close as he would get, however, as he never really got things going on Sunday.  He finished with a dismal 4-over 75.

Although he wasn’t able to seal the deal this weekend, Rory will be back in action on the PGA Tour for five of the next six events before the Masters.  Look for him to put another notch in the win column before making a run at the career Grand Slam in April.