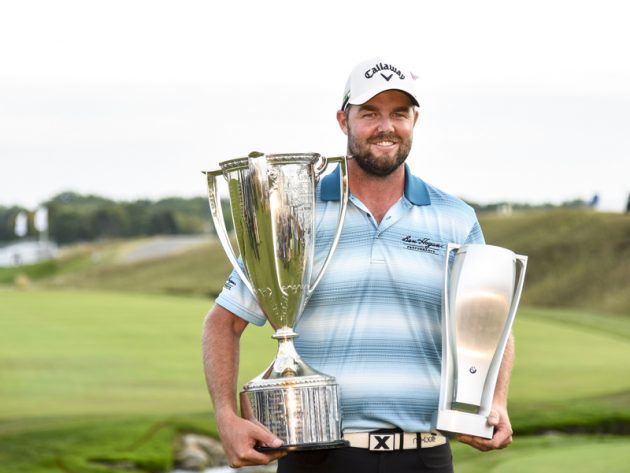 Australian Marc Leishman went wire to wire the Conway Farms Golf Club in Lake Forest, Illinois, capturing the last playoff event before the Fedex Cup Tour Championship, The BMW.  Leishman won in dominating fashion with a five-shot victory, never relinquishing his lead from the opening round on Thursday.

Leishman went LOW during his opening round, carding a 9-under  62 on the first day of the tournament, grabbing an early 2-shot lead.  He followed up that stellar performance with a second round 64 to take a commanding lead heading into the weekend.  A Saturday 68 left Leishman with a comfortable 5-shot lead heading into Sunday.

Leishman didn’t let his foot off of the gas pedal on Sunday.  He came storming out with three birdies on the front nine, and made the turn at a two-under 33.  On the back, Leishman stumbled with a birdie at the 13th, but birdied three of the last four holes to cruise to a five-shot victory.  Everything seemed to be clicking for Leishman, and nobody stood a chance.  Justin Rose and Rickie Fowler finished in second, five shots back, followed by Jason Day in a solo 4th.

The victory is Leishman’s first Fedex Cup playoff victory, but his third on Tour.  He also was atop the leaderboard at the Arnold Palmer Invitational earlier this year.  He also now holds the number four spot in the Fedex Cup rankings, and controls his own destiny heading into the final at East Lake.  A victory there, and he will win both the Fedex Cup and the ten million dollar prize to go with it. 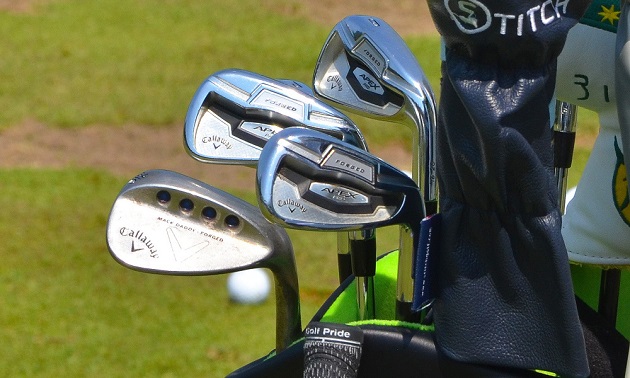