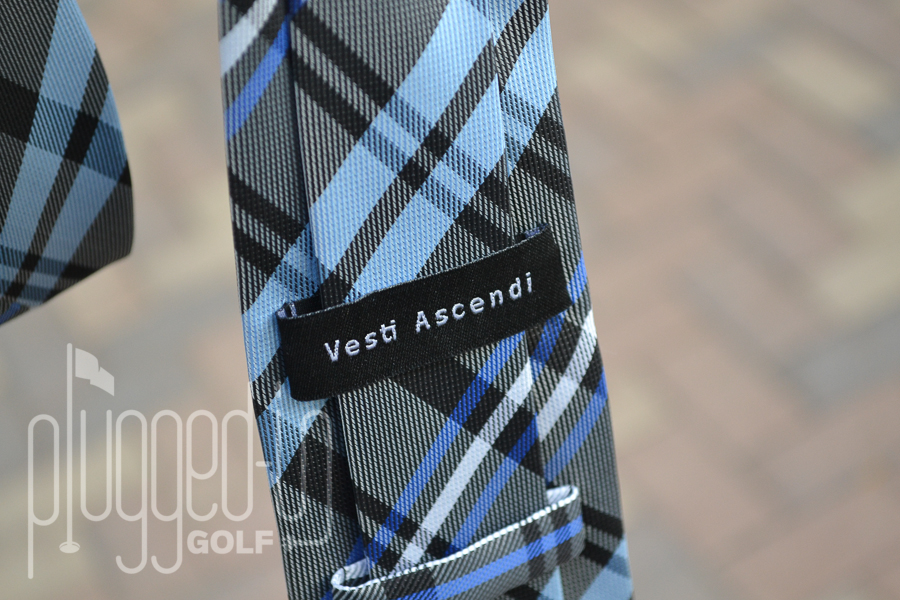 Old school style with some modern performance benefits.  Not for everyone, but great for those looking to stand out. 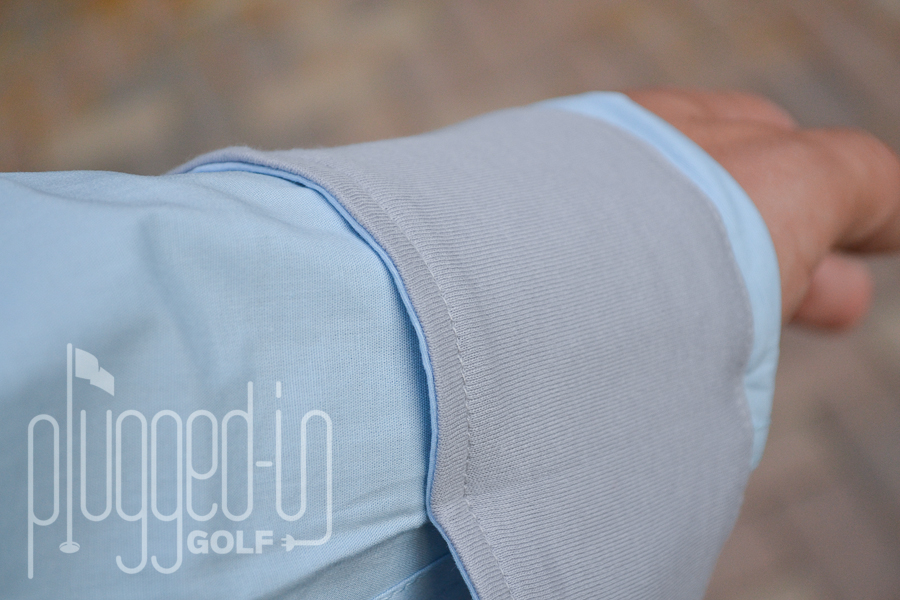 When was the last time you saw someone wearing a shirt and tie on the golf course?

Unless you play in some kind of hickory stick league, the answer is probably never.

Vesti Ascendi looks to change that by merging old school shirt-and-tie style with the performance of modern apparel. 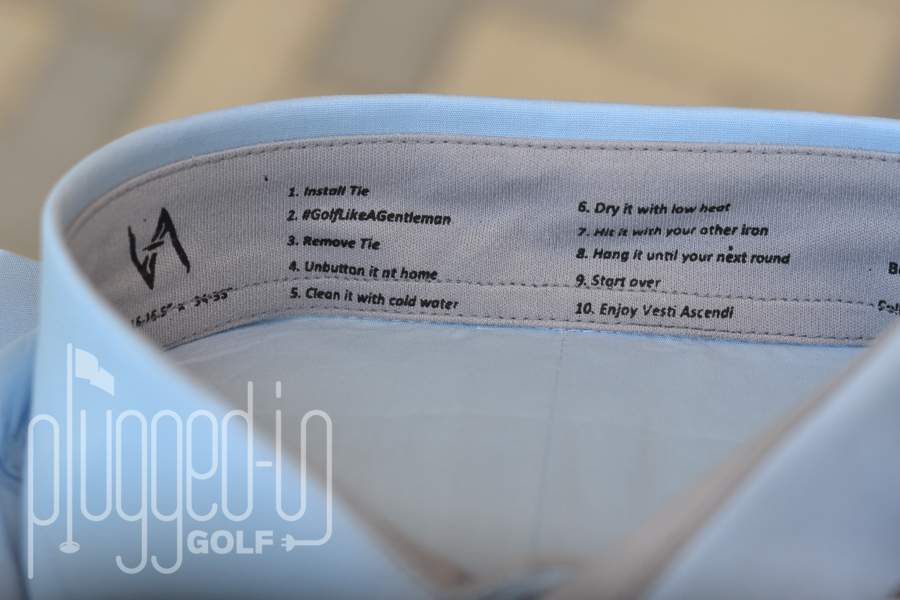 There’s no doubt that most people are asking, “Why would you play golf in a shirt and tie?  That’s got to be A) hot B) constricting and C) the tie will get in the way.”

On the first point, yes, you’re right, a shirt and tie is not ideal for hot humid days.  Even Mr. Vesti Ascendi himself would not recommend this look for Florida summers.

But on the other two points, you’re dead wrong.  Though you wouldn’t know it by touch, the shirt has some spandex sewn into it to give it plenty of stretch in the necessary places.  In terms of movement, golfing in a Vesti Ascendi shirt is like golfing in any high tech fabric: totally unrestricted.  When it comes to dealing with the tie, Vesti Ascendi deserves an extra pat on the back.  Their “tie rail” is one of those solutions that’s so simple you’ll wonder why no one else thought of it first.  Simply run the tie rail through all three loops in the back of the tie, and fasten the tie rail to your shirt.  The tie is now essentially buttoned to your shirt, totally out of the way. 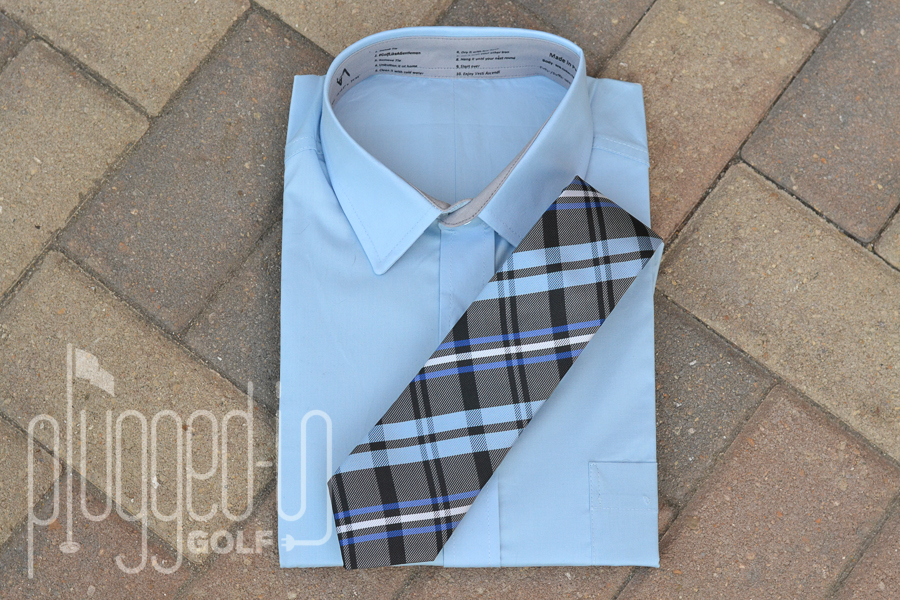 Occasionally, I will say that a clothing line is “unlike anything else out there.”  That’s typically hyperbole, but in the case of Vesti Ascendi, it’s 100% true.  While everyone else in golf is doing variations on golf shirts and slacks, Vesti Ascendi has brought (back) a whole new (old) look.

Most people probably don’t want to stand out from the crowd this much, but for those looking to bring a different look to the course, this is a great option.  The shirts and ties are paired beautifully (they’re sold as a set), and there are enough cool details to separate it from a normal button up. 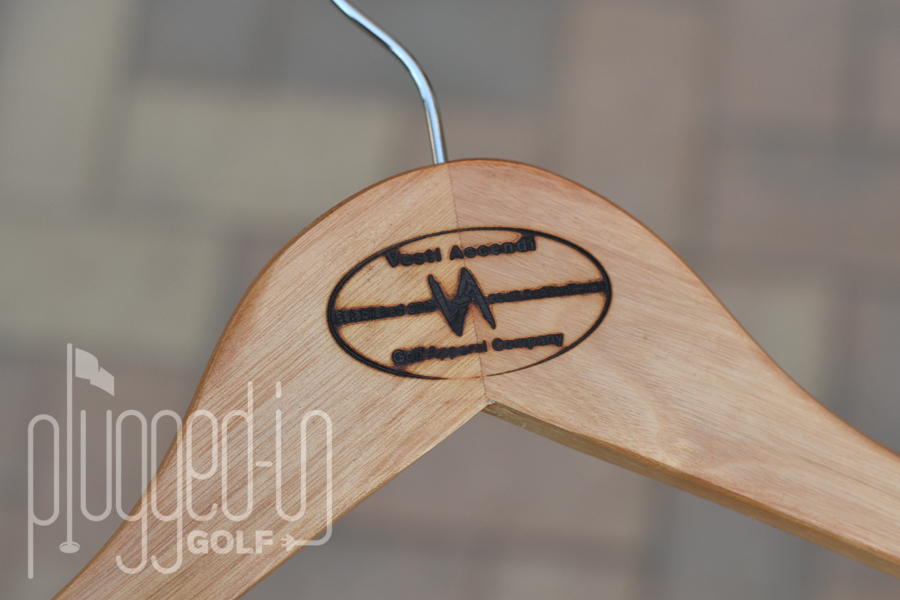 A shirt and tie from Vesti Ascendi costs $150.  For the next couple of days, you can get in on the one and only sale over at Crowd Supply where a shirt and tie can be purchased for $130.

Is the price steep?  Yeah, a bit, it’s certainly more than a plain golf shirt.

Is it unreasonable?  When you consider the quality and versatility of the pieces, I don’t think so, but that’s obviously for each individual to decide. 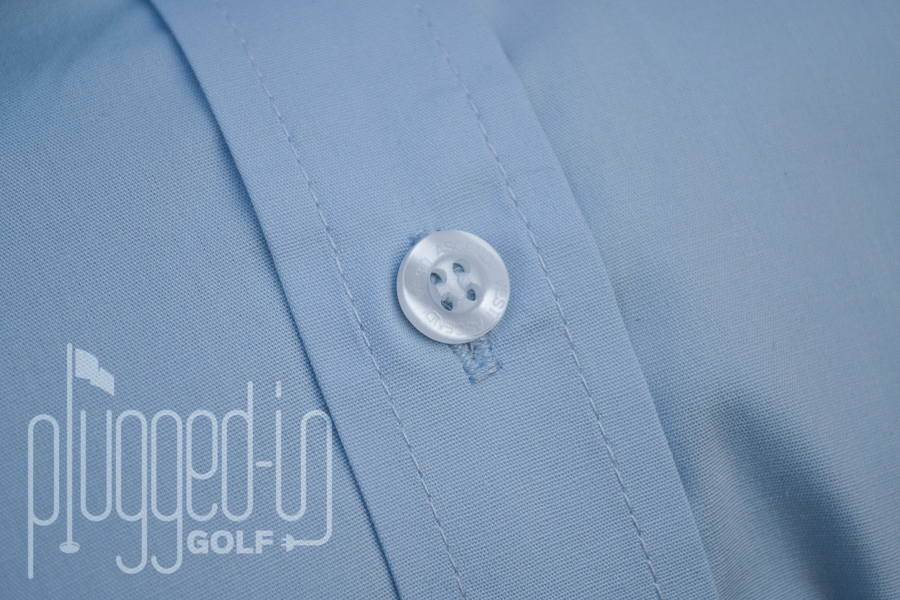 99% of golf apparel companies are simply “me too” brands: “Oh, you’re doing neon this year?  Me too!”  Vesti Ascendi is clearly not that.  While I’m sure the look will be polarizing and probably won’t ever the overtake basic polo, it’s cool to see a company taking a risk and doing something outside the box.

I really enjoyed wearing Vesti Ascendi on the course.  It’s definitely a stand out look, and I like that.  For me, it’s a classy version of neon green shoes: something that’s a lot of fun to wear on days when I feel like announcing my presence on the course. 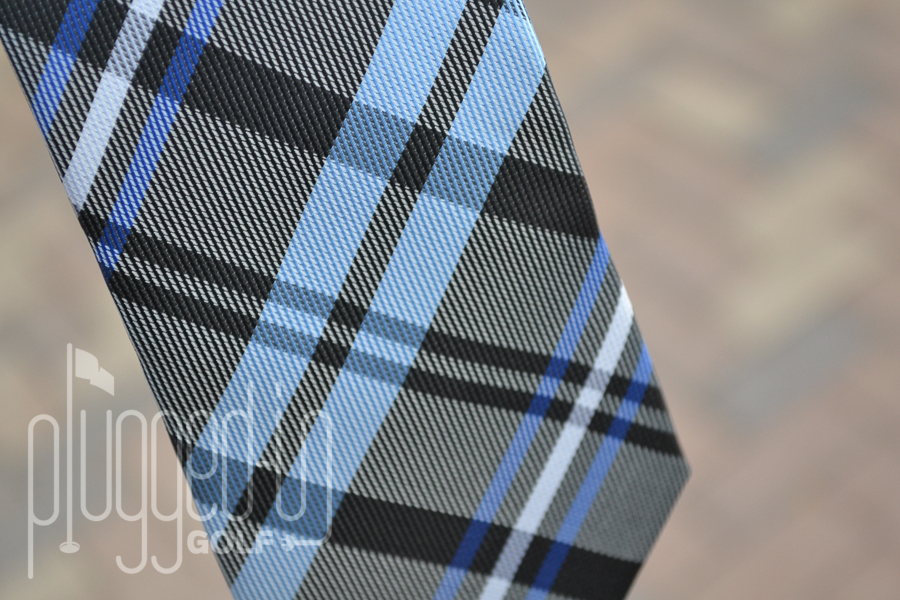 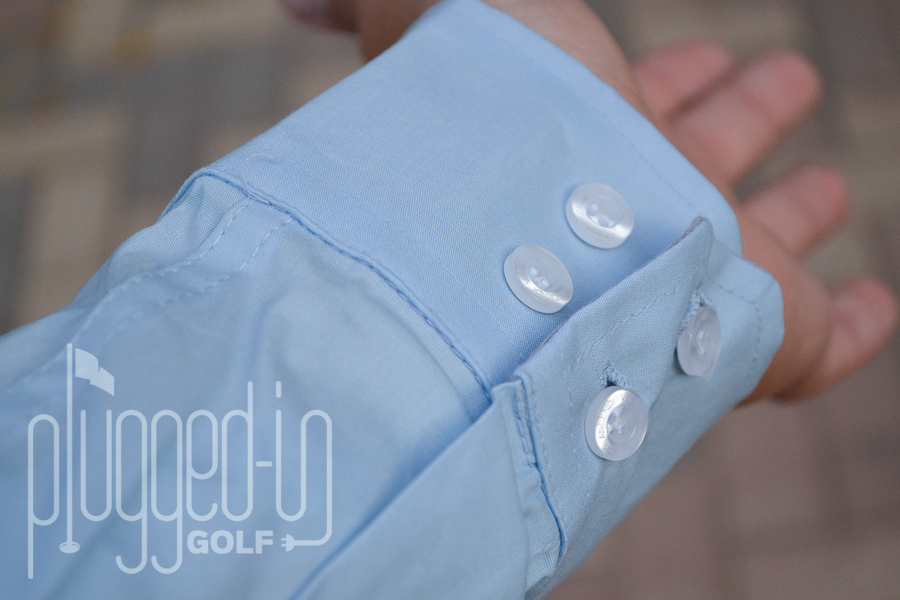