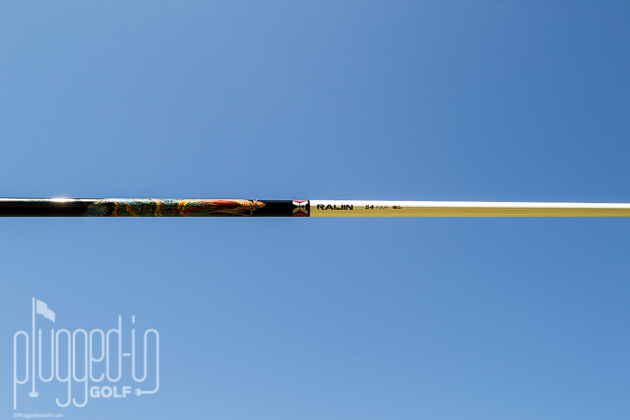 The VA Composites Raijin is a versatile wood shaft made from premium materials with exceptional feel.  The 54 gram version comes in regular and stiff flex only. 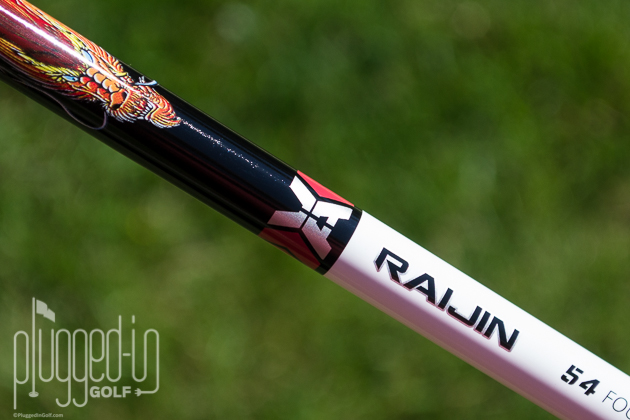 Victor Afable has been around the golf industry for years.  Most of our readers probably know him from his work that went into making Oban one of the premiere shaft companies in the industry.  After years of working alongside other people in the industry, Victor decided it was time to launch his own company.  Alas, VA Composites was born.  With the intention to use nothing but the best materials and precise designs, VA launched with the Raijin shaft.  Knowing the importance of the fitting process, VA has made their shafts available through the best fitters in golf. 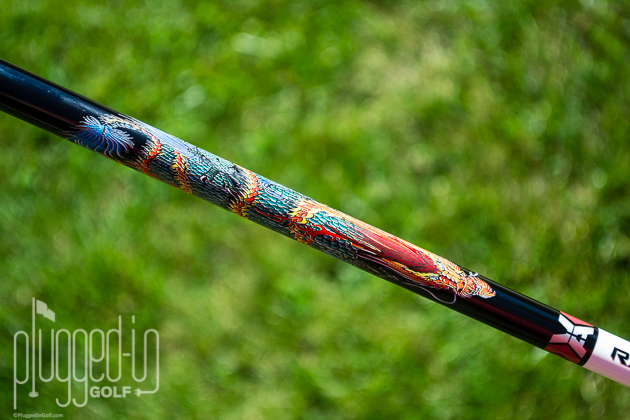 No one will question your flair for style with a VA Composites Raijin in your golf bag.  Though half the shaft is plain white, you’re immediately drawn to the dragon graphics in the middle of the shaft.  I’ve played plenty of loud and exciting looking shafts in my day, but nothing has ever received the comments or intrigue that the Raijin has in my driver.  As a raging gear nerd, I enjoy the invitation to talk about this new shaft company when I receive these comments. 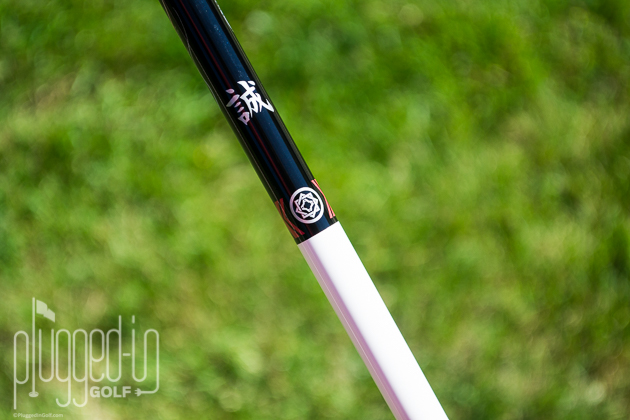 My VA Composites Raijin reviewing/fitting experience was fairly interesting.  It was clear that the 54, 64, and 74 gram models all had similarities, but they were very different overall.  All three shafts shared a commonality of a smooth feel with just a hint of kick between the middle and butt sections.  The Raijin 54 stood out from the other two quite a bit because of its lighter feel.  I definitely felt faster with the 54 gram shaft, but I also felt less in control.  My performance data showed the same.  As always, and aligned with VA’s ideals, we strongly encourage you get fit for these very reasons.

That hint of kick mentioned earlier was the perfect communication to your hands that you released the club well.  The Raijin may be a nice middle ground for players on the fence about whether they like a smooth flex profile or distinct kick. 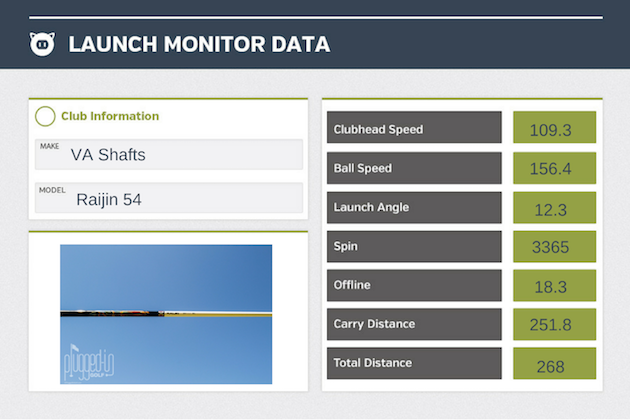 My testing results with the VA Composites 64 and 74 grams were comparable, but the 54 gram shaft had very different results.  That’s not to say there’s anything wrong with the 54 gram shaft.  As Victor and team will tell you, what you feel in your hands and what the ball is doing are two different things.  With the Raijin 54 I felt like I was swinging the club like Dustin Johnson.  The reality was that I was swinging pretty steep with a serious negative angle of attack, and hitting the ball a mile high.  Through being properly fit, I was able to see the 64 gram shaft was a better fit for me. 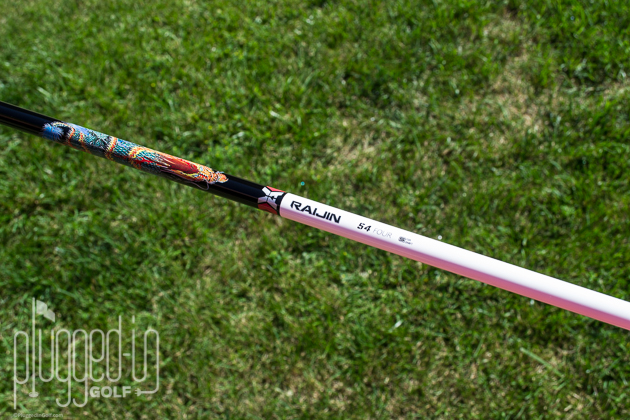 It’s early days in the VA Composites story, but I’m sure many exciting things are on the horizon.  For starting a new shaft company, the Raijin was a hell of an introduction for VA Composites.  The VA Raijin shaft was a great start for the brand in making a statement of high standards and attention to detail.  If the VA Raijin is of interest to you, contact your local Club Champion to set up a fitting like I did to make sure you get the right Raijin for you. 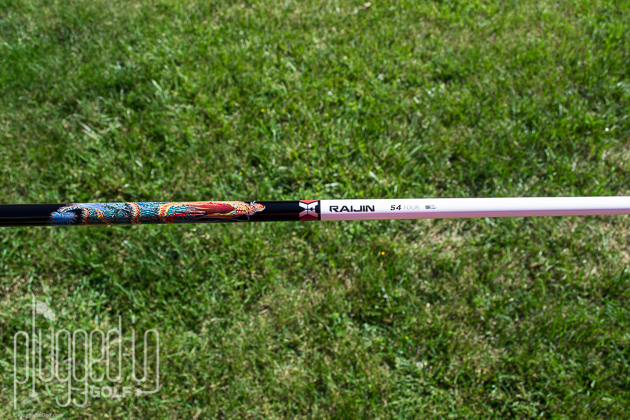 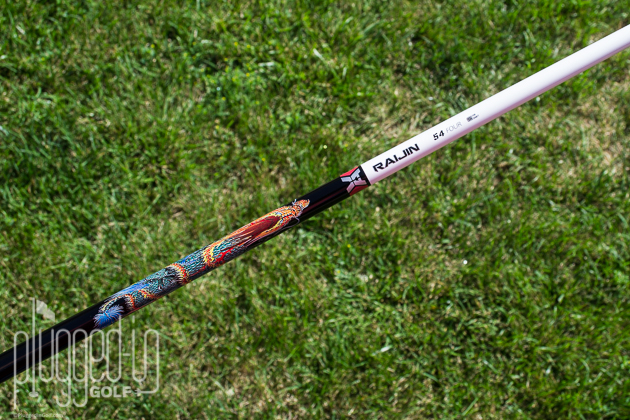 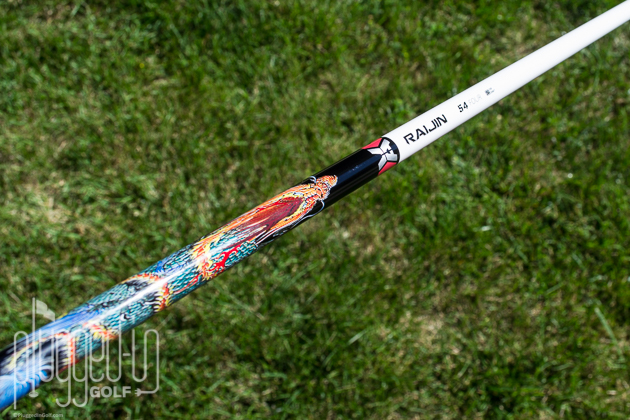 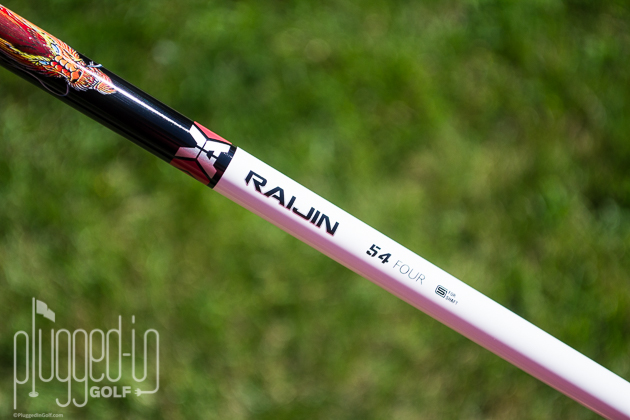 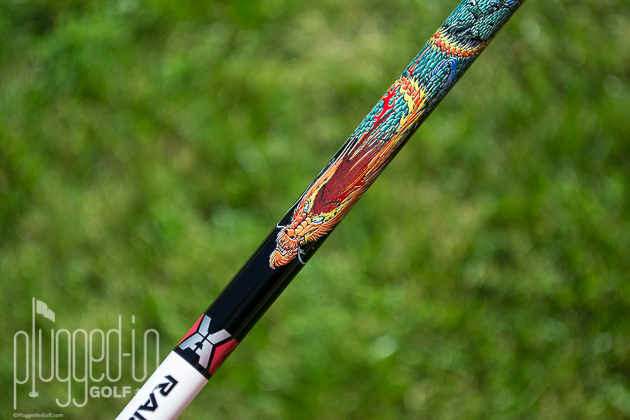