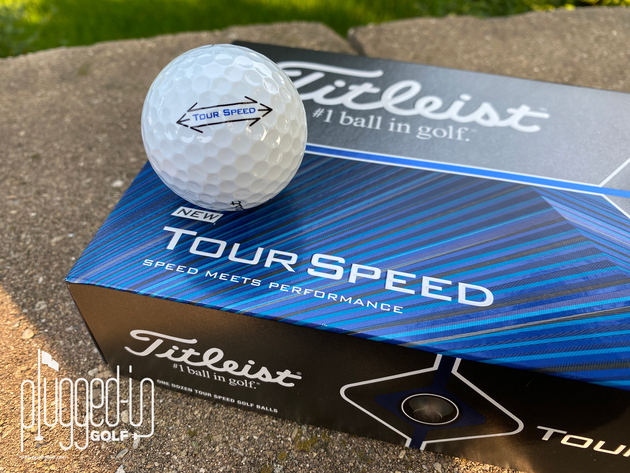 The Titleist Tour Speed golf balls has great ball speed and solid performance around the green.  Slightly firmer feel than the Pro V1.

For a company that most see as exceedingly traditional, Titleist has shaken up their golf ball line substantially over the last few years.  The long running NXT departed, AVX entered the fold, and a “Tour Only” Pro V1 hit the retail shelves.  For 2020, there’s another new addition: Tour Speed.  I tested it to figure out where it fits in the Titleist line up and what players should be reaching for it. 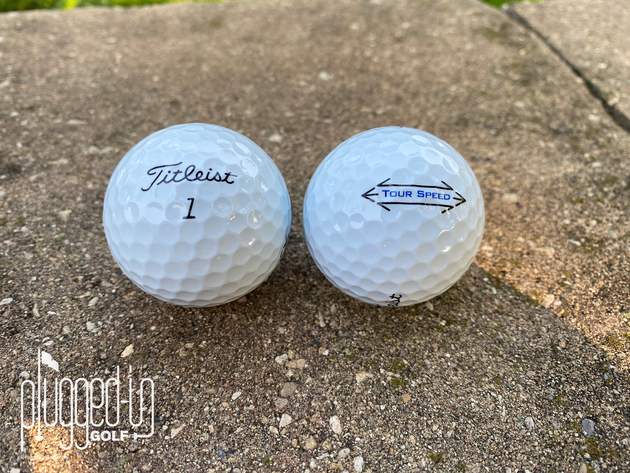 On the greens, the Titleist Tour Speed feels slightly softer and has a lower-pitched impact sound than the Pro V1.  The difference isn’t huge, but it’s noticeable and consistent if you’re focused on feel.  Contact creates a sound that’s a little more of a “thud” than the crisp “tock” of the Pro V1.

With a wedge, the Tour Speed feels slightly firmer than a Pro V1, but it’s not hard or clicky.  On pitches and chips, it feels very solid off the club face.  In the long game, the Tour Speed fits in the middle of the bell curve – it’s not noticeably soft or hard. 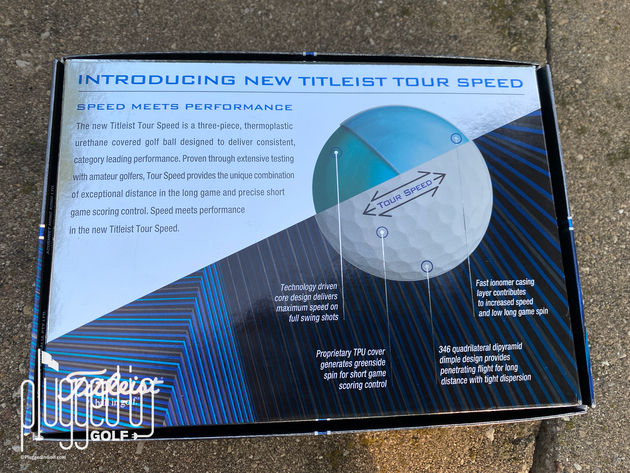 Per Titleist, the Tour Speed has a “proprietary TPU” (thermoplastic polyurethane) cover that “generates greenside spin.”  When I took the Tour Speed to the course, I was satisfied with how it performed around the green, so I was very interested to see what the launch monitor had to say.

Testing the Tour Speed head-to-head with a Pro V1, I found that the Tour Speed had roughly 10% less spin on everything from pitches to full wedge shots.  Here’s where I insert my standard caveat: your results may vary.  I’m a low spin player, so it’s possible you will see a bigger difference.

I can’t tell you how significant 10% is for your short game.  What I can tell you is that when I hit a good pitch, the Tour Speed checked up.  A good full wedge ended up near it’s pitch mark.  If you’ve got Tiger-level control, I’m sure 10% is life-altering, but I think the recreational player will be very happy with the Tour Speed around the green. 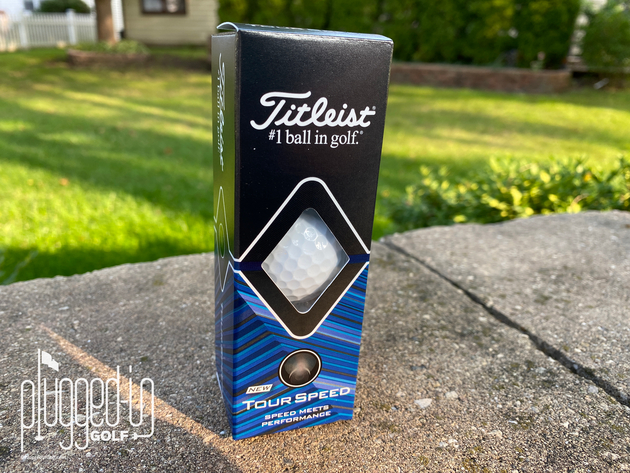 Before any launch monitor testing, I played the Titleist Tour Speed for a couple rounds at Eagle Ridge.  These were my first rounds in over a month because I was sidelined by a wrist injury.  Knowing that my wrist was weak and that my swing was rusty, I tempered my distance expectations off the tee.  But then I was flying over my expected landing zones and hitting drives that met my normal expectations.  Could the Tour Speed really be faster than my normal golf balls?

When I got on the launch monitor, the majority of the drives that I hit with the Tour Speed were extremely similar to those I hit with the Pro V1.  The spin of both balls is fairly low, though I’ll repeat that I’m a low spin player and your results may vary.  On most shots, I was seeing equivalent speed, too.

In the approach game, the Tour Speed is not markedly different than the Pro V1.  Ball speeds were similar as was spin.  If I was splitting hairs, the Tour Speed might be slightly lower spin, but I don’t think the difference is meaningful. 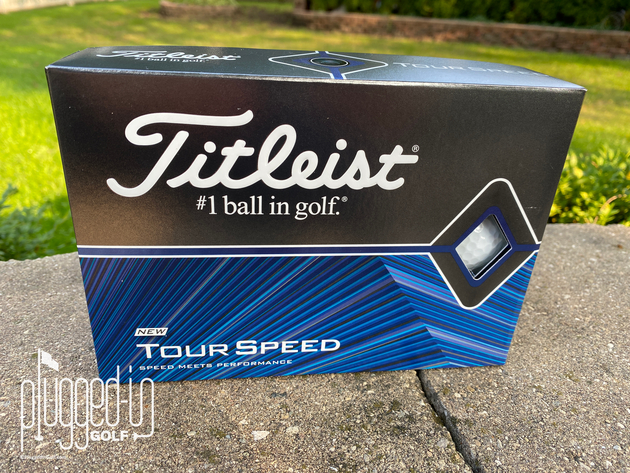 Retailing for $40/dozen, the Titleist Tour Speed is at the high end of the mid-tier golf ball market but is still more affordable than the Pro V1.  If you want most of the short game performance of the Pro V1 with the potential for a bit more distance and speed, it’s worth checking out.