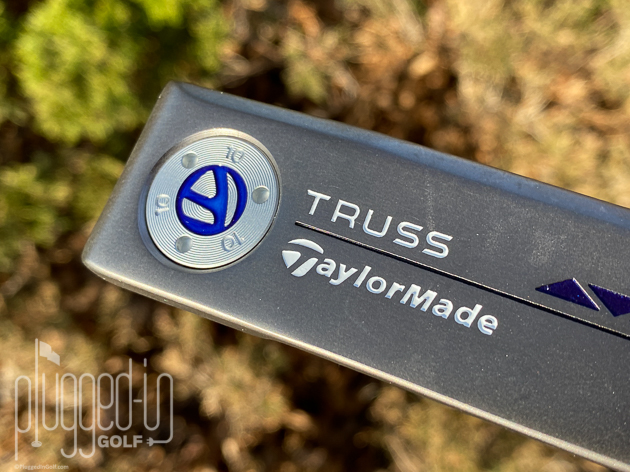 The TaylorMade Truss putters are not for the purists.  Bizarre hosel design seems to make sense but doesn’t have a significant effect on performance.  Very firm feel. 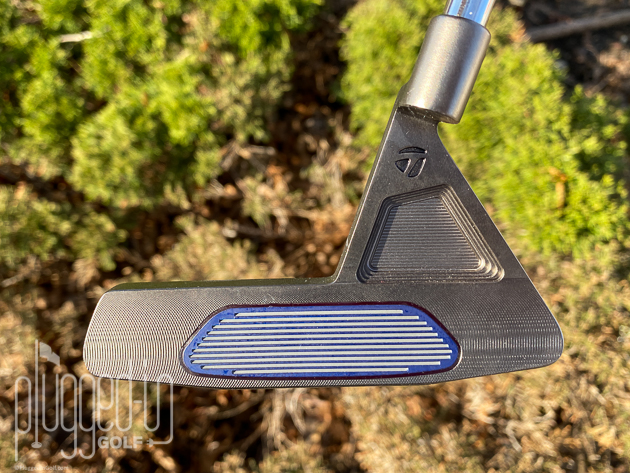 As I noted in my recent review of the Spider S putter (check it out HERE), TaylorMade is a company that is not afraid to take chances with their putters.  When you swing for the fences, you will hit some home runs, as they did with the original Spider.  However, you also strike out a lot, which is what they’ve done with the new Truss putters. 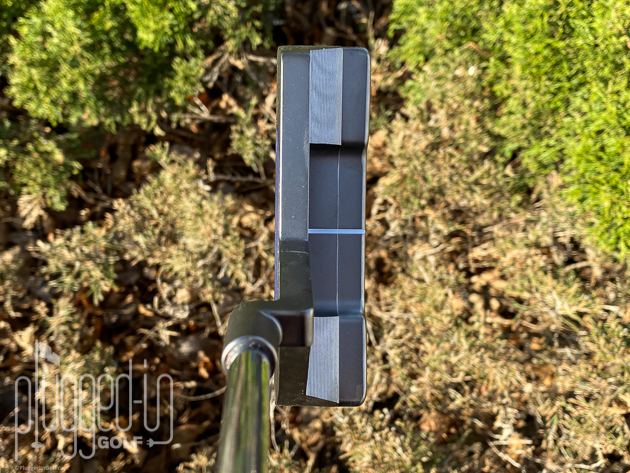 Photographs of the TaylorMade Truss putters would have you believe that the unorthodox hosel design is not noticeable at address.  Don’t trust them.  In person, the address view is dominated by the hosel.  The hosel is even more noticeable from rear or face-on views, where it will turn a lot of heads much in the same way a car crash does. 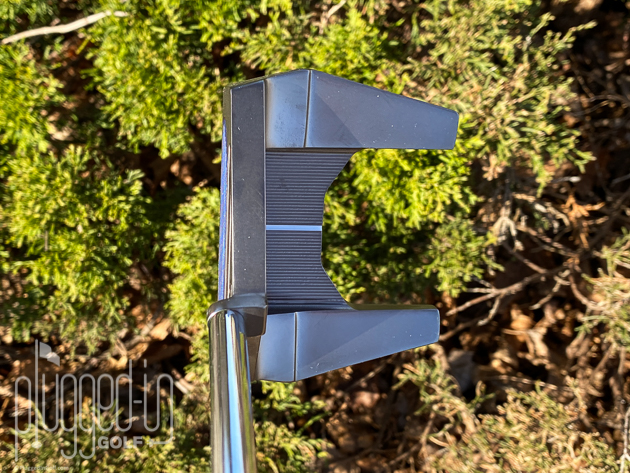 The TaylorMade Truss is available in both blade and mallet shapes with two hosel designs each.  The Truss TB1 and TB2 are boxy, Anser 2-style putters.  Outside of the hosel, there’s nothing particularly good or bad about this take on the classic design.  The Truss TM1 and TM2 is a fang-style mallet.  There’s more space between the prongs than normal, and the flange is a bit longer.  Again, ignoring the hosel, it’s neither the best nor the worst of this style putter. 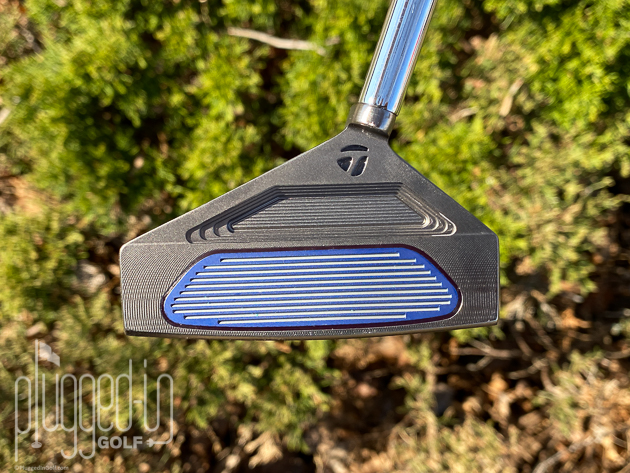 Many seasoned golfers like to say that “sound is feel,” but the TaylorMade Truss putters don’t follow that adage.  The feel of impact, even with a soft, urethane-covered golf ball, is very firm, bordering on hard.  What is incongruous is that the sound of impact is rather quiet.  Typically a putter that feels this firm would be much louder.

Thanks to the firm feel, there is plenty of feedback on strike quality through the hands.  However, because impact is so quiet, there is virtually no audio feedback. 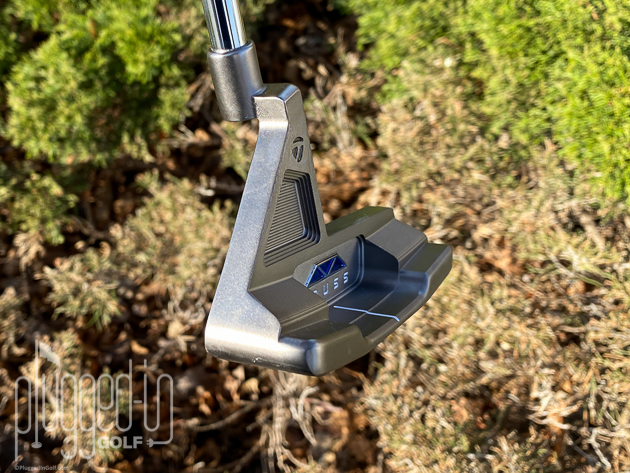 Per TaylorMade, Truss was developed “for players who desire the stability and forgiveness of a mallet but prefer a more traditional look at address.”  As I stated earlier, they failed at maintaining a traditional look, at least to my eyes.  Based on my testing, they also failed to make these putters more stable and forgiving than their competitors.

In testing the Truss TB1, I did not feel any difference in twisting compared to typical Anser-style putters.  More importantly, I did not see a difference in the results.  Small mishits ended up in or near the cup with the Truss and standard Ansers.  Large mishits resulted in off-line putts that stopped short of the cup.  The same was true in comparing the TM2 to other fang-style putters. 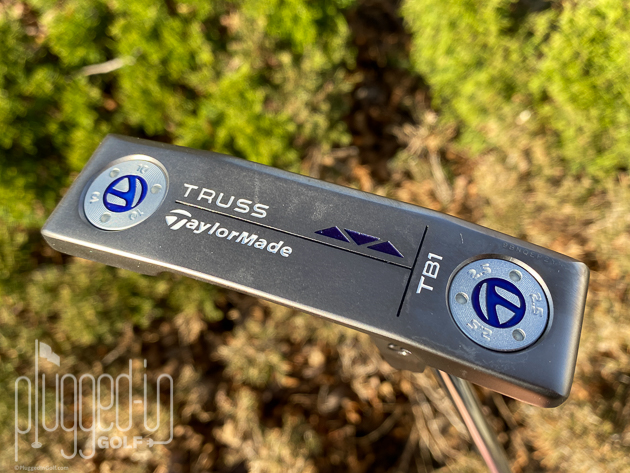 As I mentioned earlier, both the blade and mallet heads each have two different hosel designs.  TaylorMade refers to them as “heel and center shafted,” but that should be taken with a grain of salt.  The TB1, which is “heel shafted,” is face-balanced just like a center-shafted putter.

Finally, as you can see above, the TaylorMade Truss putters have adjustable sole weights.  To offset the weight of the hosel, there is more weight in the toe of the TB1 and TM1 models.  The TM2 and TB2 models use the same weight in the heel and toe.  At the time of this writing, it is unclear if consumers can purchase weight kits from TaylorMade or not. 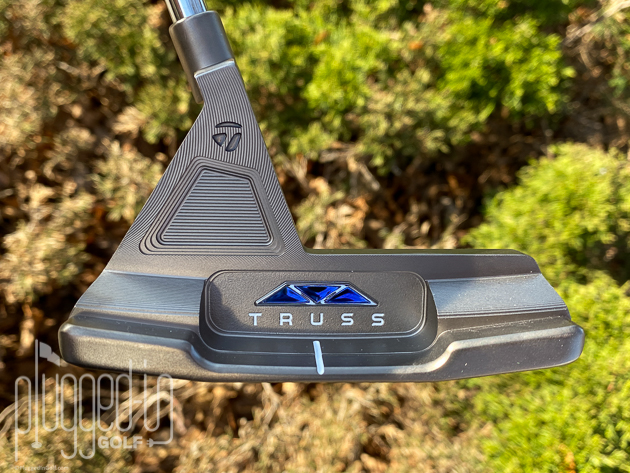 In my eyes, the TaylorMade Truss putters are a swing and a miss.  I don’t mind an unusual look if there’s a performance benefit, but I did not see one in either the blade or mallet designs.  Also, with a $300 price tag, I’d expect more in terms of aesthetics and feel.