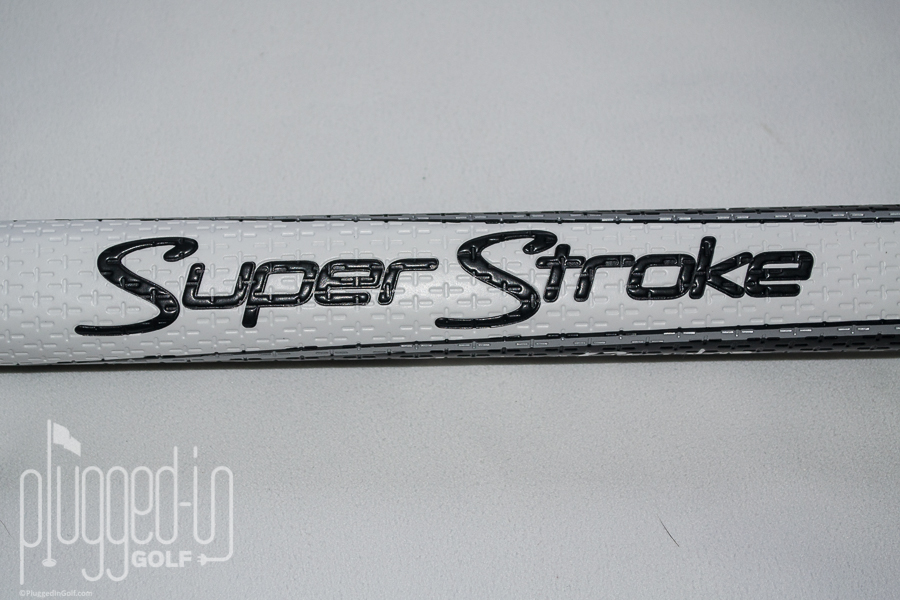 The SuperStroke Plus Series putter grips combine the company’s large, taper-less designs with the ability to add a 50 gram counterweight.

That’s the idea behind the Plus Series putter grips from SuperStroke.  They’ve taken their already-popular grips and made adding counterweights easy. 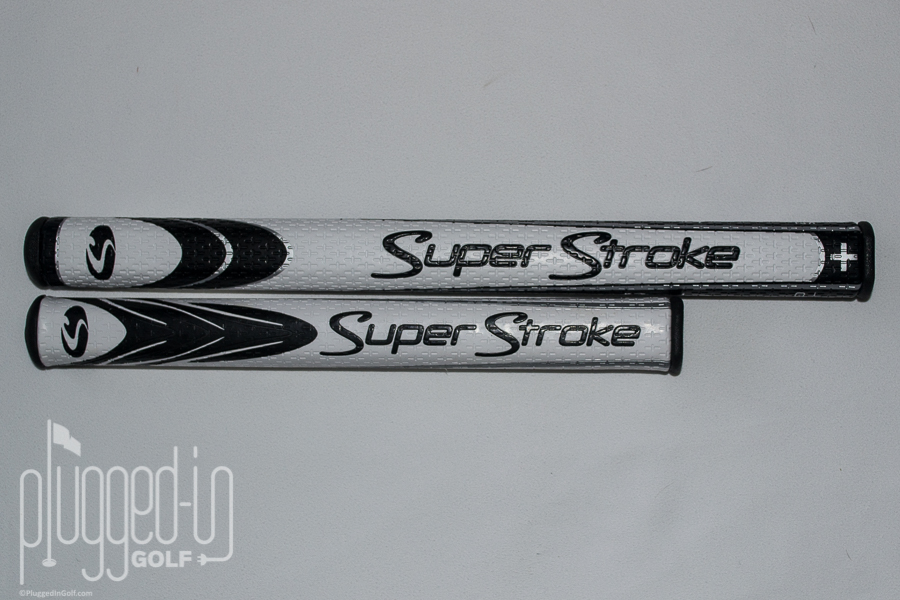 With the exception of the “+PLUS” logo, these new grips look very similar to SuperStroke’s other grips.  They’re primarily white with splashes of color (black or yellow) and large branding.  The other obvious difference is the size: the Plus Series is 3 inches longer.

The grip itself feels identical to SuperStroke’s other putter grips.  It’s soft, but there’s not too much give in it like some other soft grips.  There is some tack, but not much. 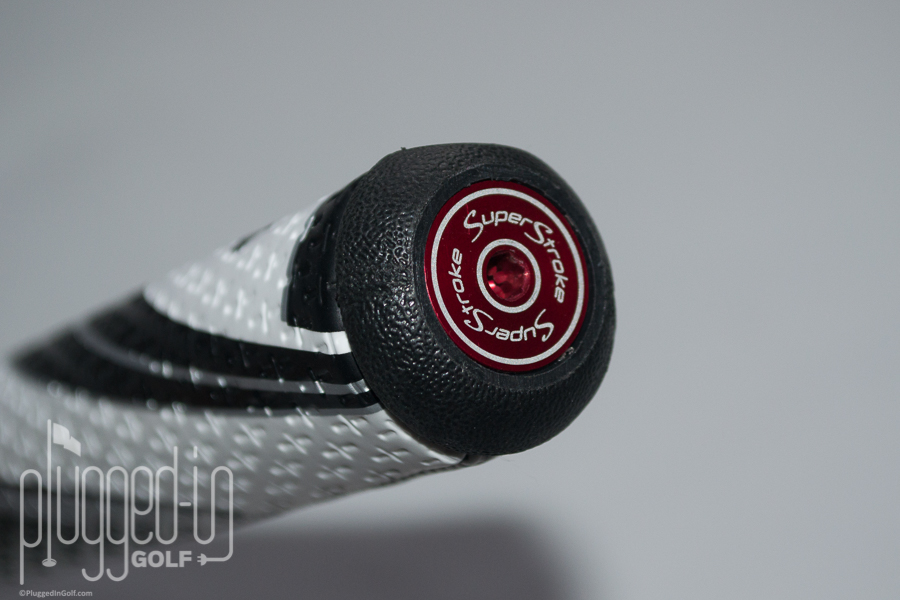 Let’s start with the grip itself.  I’m already a SuperStroke convert – the 2.0 grip has been on my putters for over two years.  The main reasons are the size and the taper-free design.  If you’re wondering if these big grips are for you, I get into that in detail HERE.  For those that already know their favorite SuperStroke grip, the Plus Series is currently available in the popular 2.0, 3.0, and Flatso 2.0 profiles.

What makes the SuperStroke Plus Series Putter Grips stand apart from other SuperStroke grips is the ability to seamlessly add a counterweight.  Currently the only weight available is 50 grams, and it’s a really nice choice because it’s noticeable but not too heavy.  With modern putters trending towards heavier and heavier heads, this counterbalance can be a nice way to put some feel back in your hands.  Also, if you tend to get a little shaky with the putter, the counterweight can help to steady your hands.  As we discussed in a recent Golf Myths Unplugged, counter balancing isn’t for everyone, but it’s a clear benefit for many players.

Of course, counterbalancing has been done for years.  What makes the SuperStroke Plus grips unique is that they make counterbalancing easy.  Though many golfers are intrigued by the concept, few would even know where to go to buy counterweights.  Even fewer would know what weights to buy.  Finally, who wants to drill holes in their grip and wrestle with weights that may or may not stay put?  With the SuperStroke Plus Series, everything is clean and simple to use.  If you find you don’t like the counterweight, simply take it out and screw the cover back on. 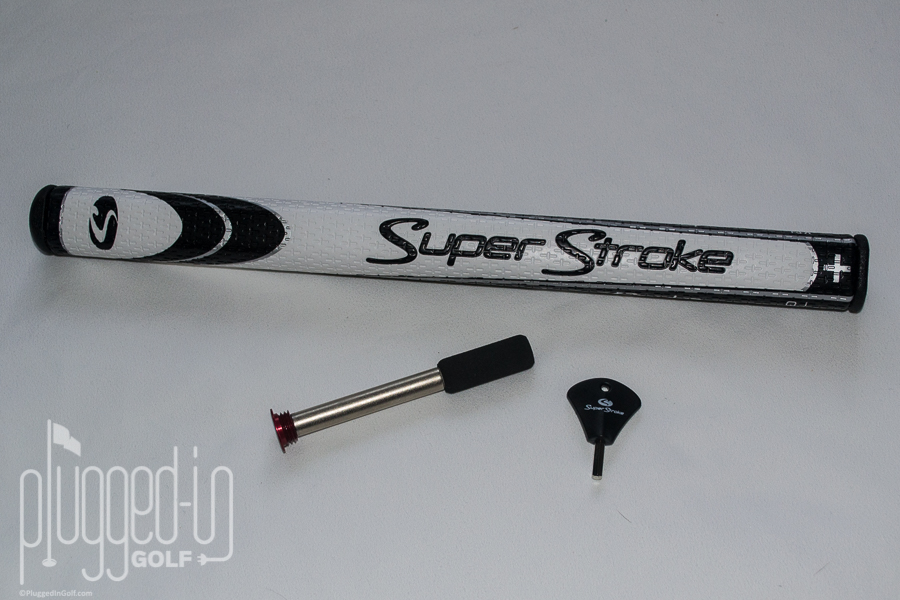