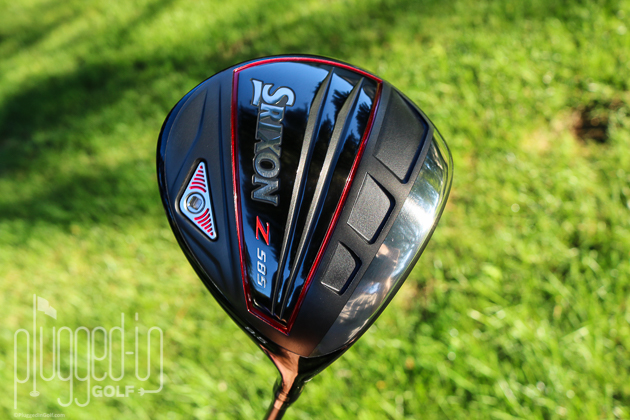 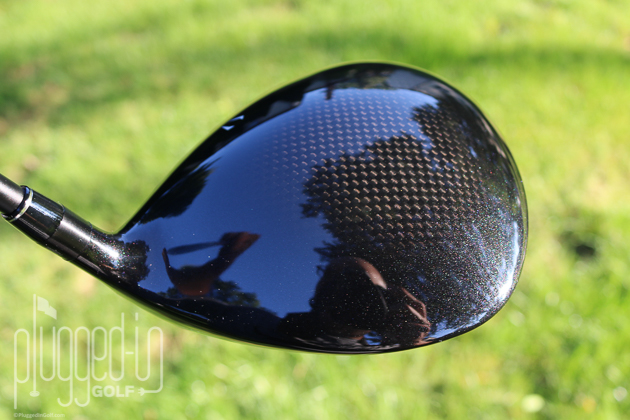 Is it possible to sell a really good driver without a mountain of fancy buzzwords?  The Srixon Z 585 driver arrives with a catchy hashtag (#LongAF), but little in the way of moving parts or “breakthrough” technologies.  Srixon is betting on golfers’ willingness to put substance (performance) over style.  Is it a smart bet? 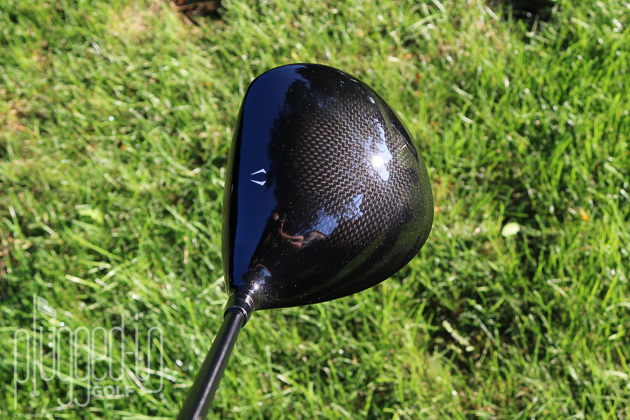 What I first noticed about the Z 585 driver is the asymmetrical shape.  Rather than being a half circle, more of the bulk is shifted toward the heel.  I thought that I would find this distracting, but once I started hitting balls, I didn’t notice it at all.

Like the Z 785, the Z 585 driver has a crown that’s a mix of carbon fiber and gloss black.  Near the ball, there’s a small silver alignment aid set against gloss black.  The face is average height, maybe even a touch shallow, and it sits a hair closed at address. 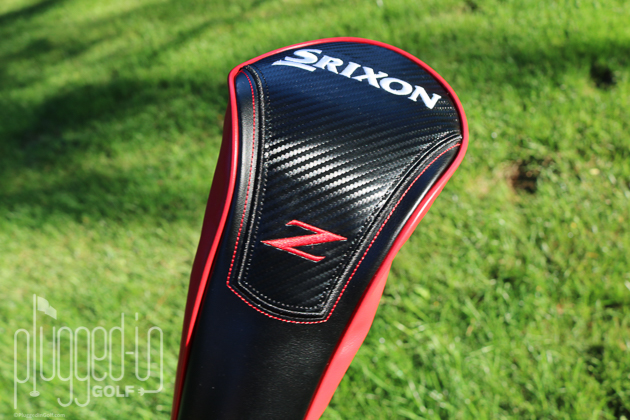 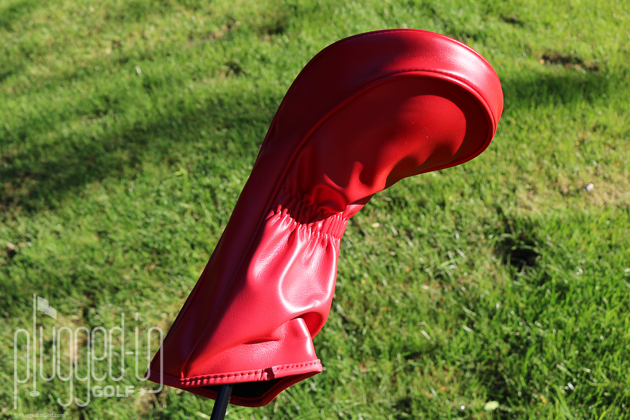 Finally, I want to give props to the headcover.  I love the red leather.  In the bag, it looks like a boxing glove waiting to deliver a haymaker to the ball. 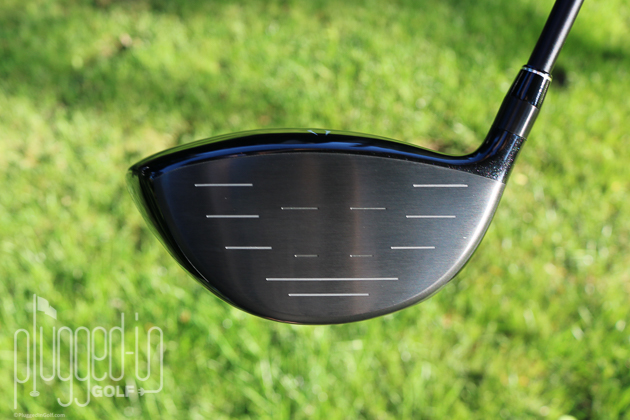 As the more forgiving driver in Srixon’s new line up, I was expecting the Z 585 to deliver a louder impact sound than the Z 785.  I was pleasantly surprised to find that it’s very similar to its brother acoustically.  Impact is quiet, mid-pitched, and slightly metallic.

The other commonality with the Z 785 driver is that the feel and feedback need to be learned.  Early in my testing, I had some shots that felt solid but were clearly mishits.  Once I tuned in to what feel corresponded to a pure strike, I was able to easily tell how well I struck each shot. 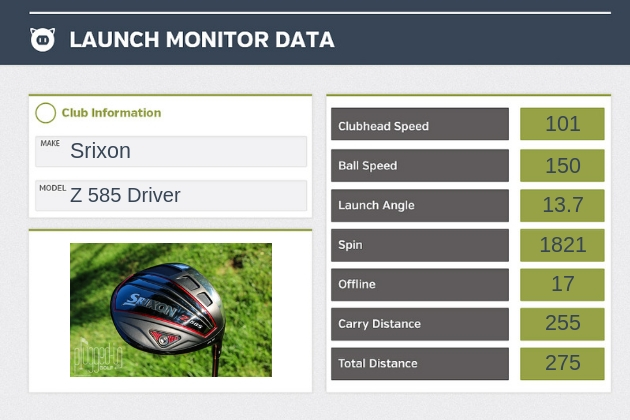 As I mentioned above, it took a minute for me to figure out what feel corresponded to a centered strike.  Part of what made that process more difficult is that regardless of how I was hitting the ball, the Z 585 driver was giving me excellent results.  The ball speed stayed high even when I was hitting the ball off-center, and the trajectory stayed very consistent.

In comparing the Z 585 to the Z 785, I noticed that the Z 585 produced a slightly higher ball flight and had a slight draw bias.  For me, the draw bias canceled out some of the higher launch, so I was still hitting penetrating drives with low spin.  Both drivers are quite forgiving, but the Z 585 gave me a little more leeway to swing from the heels.

There are two other differences between the Z 785 driver and the Z 585 driver that merit discussion.  First, the Z 585 is not adjustable at the hosel.  It does have the adjustable weight in the sole, but you cannot change the loft and lie the way you can with the Z 785.  Second, the Z 585 has a different stock shaft.  The HZRDUS Red in the Z 585 is a more active, higher launching shaft than the HZRDUS Black in the Z 785.  Both options are high quality, but it’s important to find the one that works better for you. 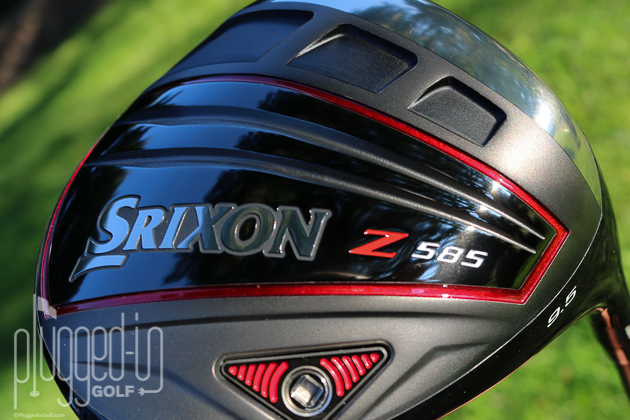 Time will tell whether or not Srixon should have invested more heavily in fancy sounding tech words, but one thing is certain: the Z 585 driver is as good as they come.  For the player seeking forgiveness and consistent performance, this driver – and it’s 60-day money back guarantee – are hard to beat. 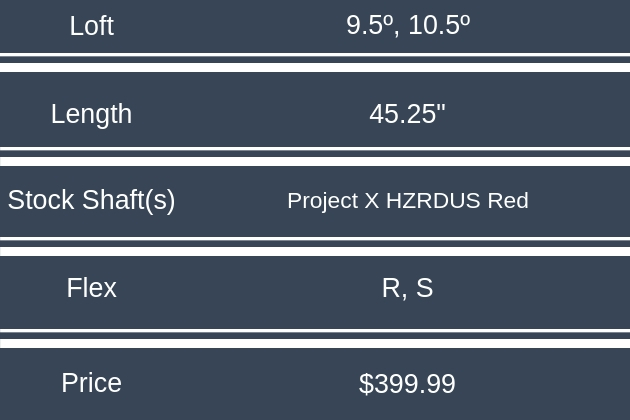