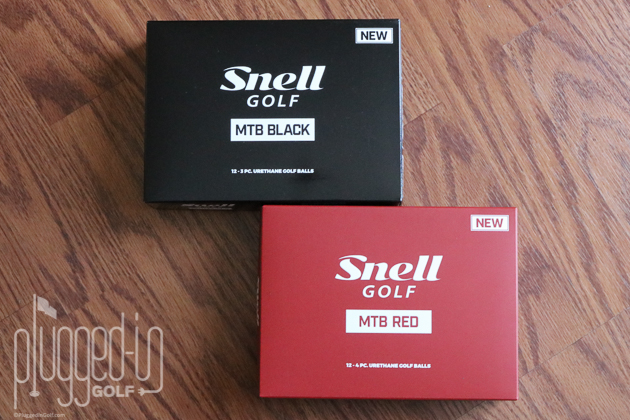 The Snell Golf MTB Red and MTB Black golf balls perform as well as any tour-caliber ball but carry a much smaller price tag.

The concept of a Tour-quality golf ball at an affordable price seems like a slam dunk.  Who wouldn’t want to get the same quality for less money?  Yet the graveyard of such companies is getting increasingly crowded.

Snell Golf is one of the few survivors.  It’s been almost three years since Snell Golf launched the original MTB (My Tour Ball), and now they’re unveiling their next generation of golf balls, the MTB Black and MTB Red. 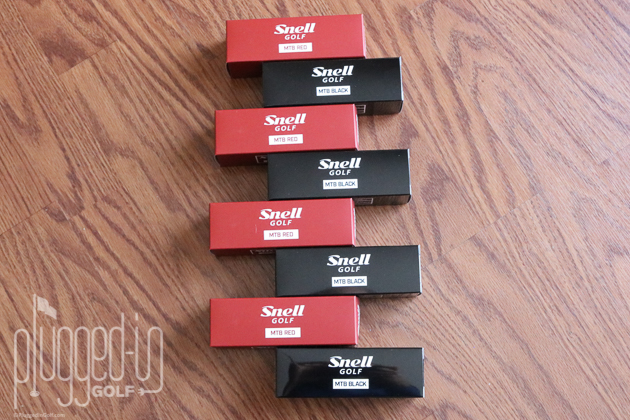 Both the MTB Red and MTB Black feature a urethane cover which gives them a premium feel.

Off the putter, the MTB Red feels slightly softer than the ProV1.  The pitch of the impact sound is slightly deeper.  The MTB Black feels has a similar sound, but it’s a bit more solid – a “thud” rather than a “tock.”  That said, if you’re not focused on feel, you could easily mistake one for the other.

Beyond the putter, the difference between the MTB Red and MTB Black was hard for me to find, but both felt a bit softer than the ProV1 off a wedge. 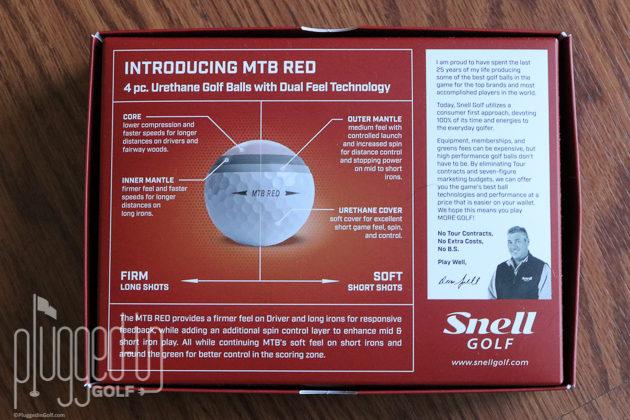 One interesting note I picked up from the Snell Golf website is that Dean Snell does not recommend using the driver to choose your ball.  Per the site, “All golf balls today travel the same distance.”

I found that to be the case when comparing the two MTB balls to the top-selling Tour ball.  All three produced identical ball speeds and spin numbers that were in the same ball park.  On average, I did see about 150 fewer RPM with the MTB Black compared to the Red, but that’s not a meaningful difference for my game.

On approach shots, the MTB Red is designed to produce slightly higher spin and ball flight – particularly with the short irons.  As a low spin player, I didn’t see a huge difference – only a couple hundred RPM – but higher spin (or higher speed) players may see a bigger gap.  In speaking with Snell Golf about this, they indicated that better players will likely prefer the more penetrating flight of the MTB Black. 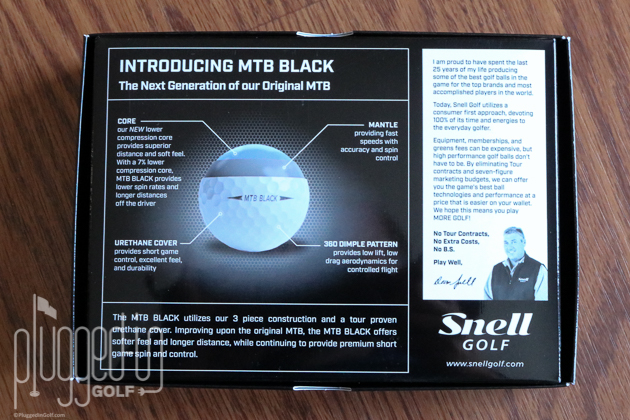 Short wedge shots are where you get the performance benefit from a urethane cover.  Both the MTB Red and MTB Black produced more spin than the ProV1 in my testing. 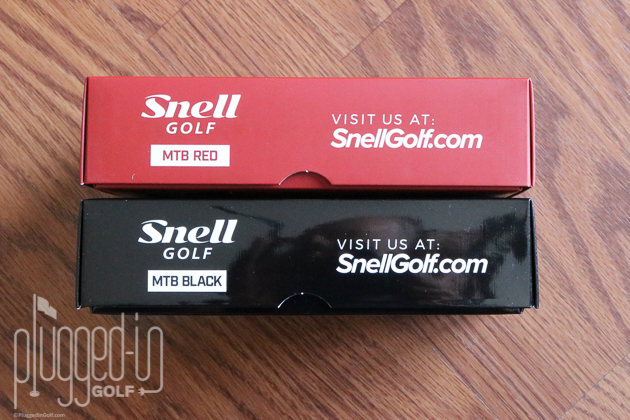 The Snell Golf MTB Red and MTB Black both retail for $32/dozen.  If you want to make this ball your full-time gamer and grab 6-dozen, the price drops to $27.33 per dozen.

At either price, this is a tremendous value.  A high performance, urethane-covered ball for around $30 is a rarity, and one you should take advantage of. 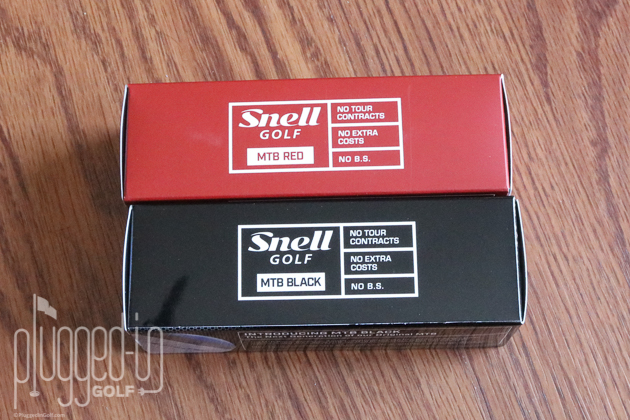 When you’re producing a ball that can go shot for shot with the #1 ball in golf and charging 2/3 the price, you don’t need B.S.  The new Snell Golf MTB Red and MTB Black golf balls give players two tremendous choices at a price that will leave you money for green fees. 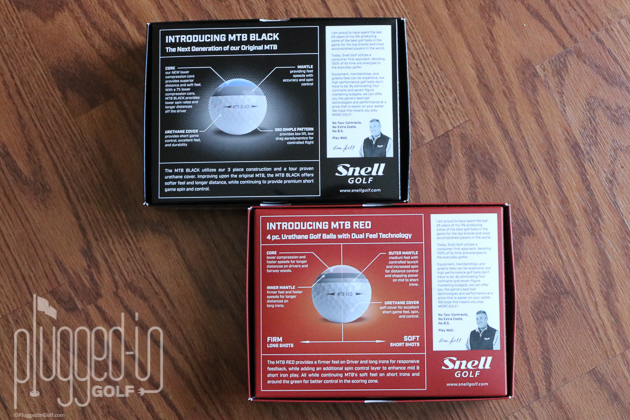 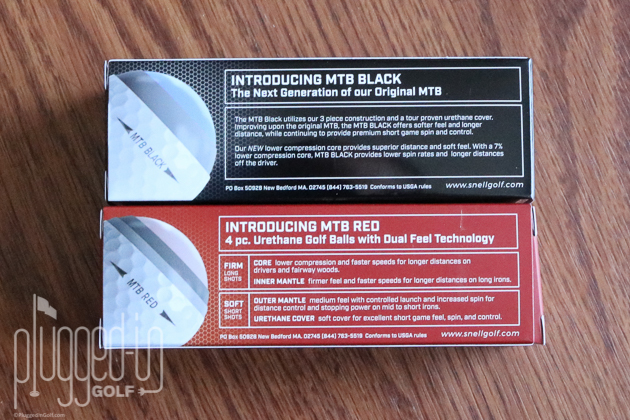 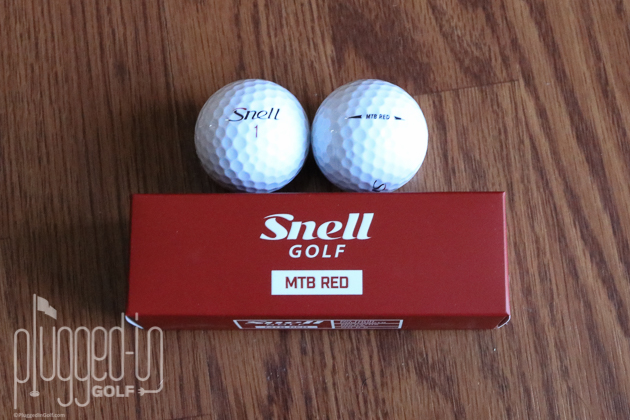 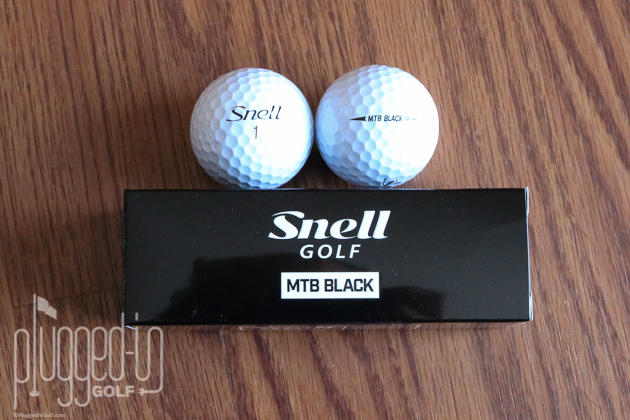